Auditor-general to probe scooter tender as part of Covi... 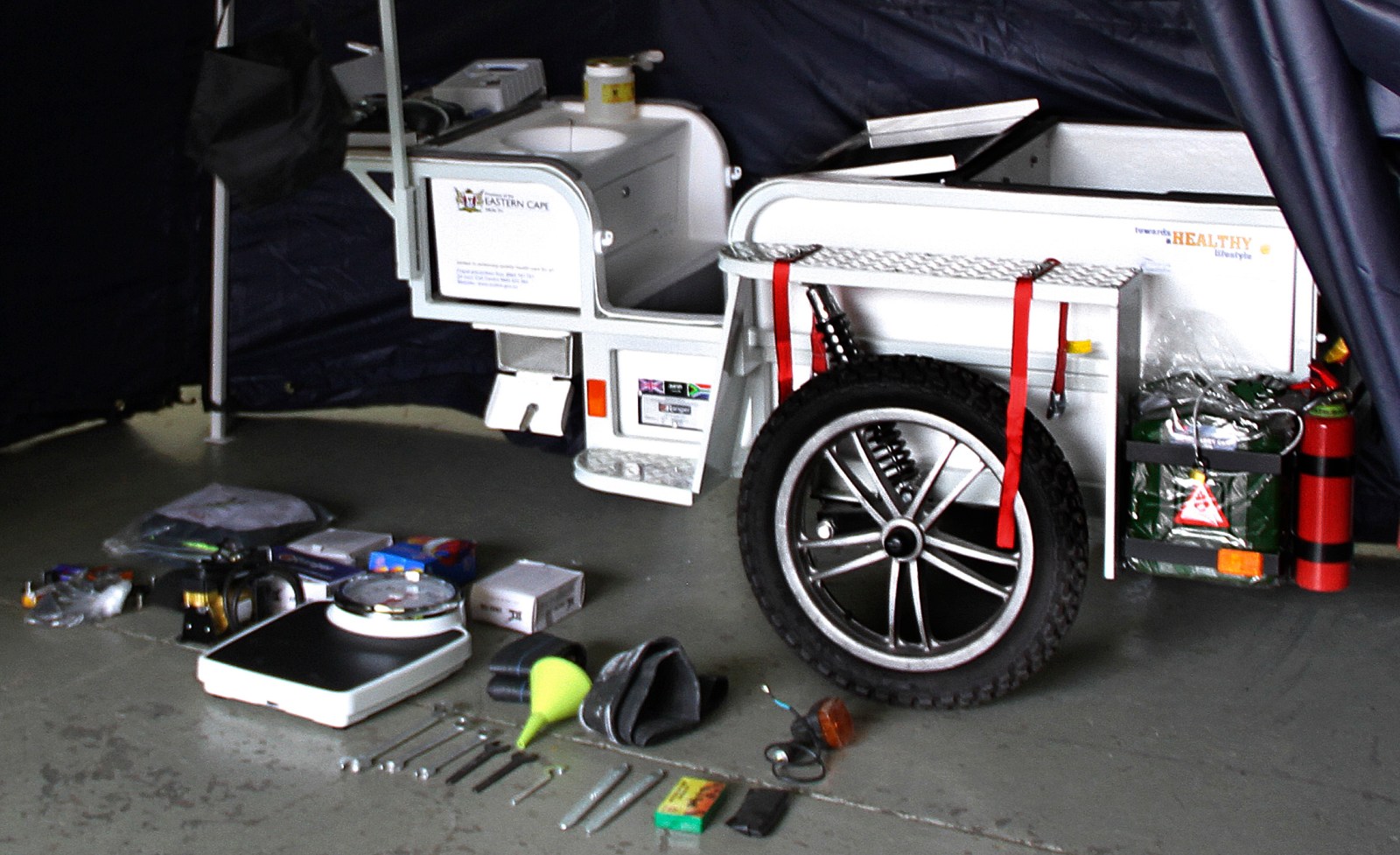 An example of a mobile clinic bought by the Eastern Cape Department of Health. (Photo: Brian Harmse / Fabkomp)

Eastern Cape’s controversial scooter project will be included in an investigation into contracts and tenders that were using money earmarked to fight coronavirus infections in the province.

The auditor-general has confirmed that the tender for motorcycle clinics that was put out by the Eastern Cape Department of Health as a Covid-19-related project will be audited.

“The project you are referring to is one of the Covid-19 related initiatives the Auditor-General of South Africa (AGSA) is looking into. This is part of a special national audit dispensation of the relief funds the AGSA has agreed to with Parliament and the government. When it has completed its work, the AGSA will report its findings of all such audits through the set reporting processes,” said AGSA spokesperson Africa Boso.

The controversial R10-million tender for the mobile clinics powered by motorcycles was completed in May and reported as a project that used Covid-19 funding, according to a procurement document presented to the Office of the Premier. The department, however, subsequently said that as the project required the training and licensing of more than 100 health workers, it would be rolled out over a number of years.

Just before the tender was awarded, the Eastern Cape Department of Health had unpaid bills (accruals) of R3-billion as of the end of the 2019/2020 financial year.

According to a list of procurement contracts that was released by the Office of the Eastern Cape Premier, Oscar Mabuyane, the money for the project was to come from funds earmarked to fight the coronavirus infections.

Brian Harmse from Fabkomp, the company that won the tender, has made it clear that the Department of Health has ordered mobile clinics and not ambulances. He said he was asked to show the scooter ambulances to Health Minister Zweli Mkhize as he only had one clinic available at the time.

The department has admitted it showed Mkhize the wrong vehicles.

But in her policy speech delivered at the end of May, the MEC for Health, Sindiswa Gomba, said the department would be using the scooters to amplify its emergency medical response.

“With regards to this programme… we will be piloting the use of scooters to bring services to some of the most far-flung and rural areas of our province. In the 2020/21 year, we will procure 100 scooters which will be configured as Emergency Medical Services (EMS) vehicles, mobile clinics, and used as delivery tools for medicines to pick-up points under the CCMDD programme,” she said.

An order letter for the scooters was subsequently placed on hold, with the Department of Health’s communications director, Siyanda Manana, confirming that the bid adjudication project was looking at the process again.

“We have not issued an order though, but are tightening our nuts and bolts, given the public discomfort expressed in the media about the motorcycles.”

Harmse said in a report to the legislature’s health committee they can roll out the first 10 clinic units within a month and the first 85 within three months, with the last 15 being dependent on the import dates.

He confirmed that his company had not received an “order number”, deposit or any upfront money to supply the sidecar clinics, but only a letter of award.

“We tendered as other companies did. We had a team from Health and Transport doing due diligence before we received the letter of award. They wanted to see our production facility; proof that we had supplied clinics before; our quality systems and to make sure we were not just middlemen making a quick buck.

“We employ 160 people. We have not built any units as we have no order. We have only shown completed products we had in stock when asked to include at the launch in East London.

“We have 85 bikes in our factory awaiting to be completed but this will only happen if we receive an official order number,” he said. DM/MC