As Covid-19 tightens its grip, a spate of anti-mask protests erupt in several countries 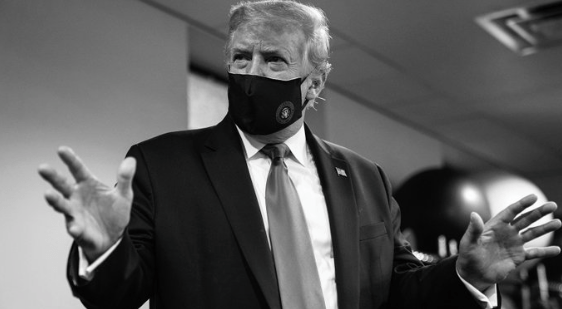 On Monday, 20 July, American president Donald Trump finally gave the nod to wearing a mask in public – via a tweet. This follows more anti-mask protests in the US at the weekend with some protests taking place in other parts of the world as well. The UK, whose Covid-19 numbers are still rising, and Canada had various anti-mask protests on Sunday, with citizens demonstrating for the right not to wear a mask in indoor public spaces.

Sunday, 19 July 2020 saw Canadians take to the streets in a number of cities – including Ottawa, Vancouver and Calgary – for the “March to Unmask”.  Organisers say there is a lot of fear around wearing masks and not enough evidence that it works. The protests follow Quebec starting mandatory mask wearing in indoor public spaces for anyone over the age of 12 as of 18 July 2020.

Toronto had put in place mandatory mask-wearing on 7 July 2020. As of 20 July, Canada had a total of 112,000 cases and 8,858 deaths and 97,474 recoveries. While there are reports that some Americans are considering moving to Canada to escape the swelling US Covid-19 cases, this is not as easy as they might think as the US, Canada and Mexico have agreed to keep their shared borders closed to non-essential travel until 21 August 2020.

Sunday also saw Britons gathering in London, Hyde Park, to protest new regulations which mean masks have to be worn inside shops and supermarkets. A lively crowd discussed the science which they say was in favour of not wearing masks. The protest was organised by the group known as Keep Britain Free. Speakers gave the impression that thousands of people were against masks, but at least one poll showed that less than 20% of Britons were in favour of going mask-free.

The weekend protest follows British Prime Minister Boris Johnson announcing that masks will be compulsory as of 24 July 2020. Failure to comply will result in a fine of as much as £100. The UK has been hit hard by the pandemic with just over 45,000 deaths and forecasts of at least 120,000 deaths still to come in winter, even as the numbers of new infections have begun to slow down. As of 20 July 2020, the total number of infections in the UK was at 295, 372 with deaths at 45,312 – the highest number of deaths in Europe.

On 18 July in Ohio in the US, an anti-mask protest saw a few hundred people gather at the Ohio state house – despite the fact that Ohio is without a statewide mask mandate.  An “open-carry” event meant protesters were fully armed and weapons were in full public view. Not content with bringing their own guns, they also had militia for security. A black lives matter protest also took place metres away.

While there is no state-wide mask regulation in Ohio, several counties do require masks to be worn in public. Following a recent spike in infections in the state, the governor has also commented that more counties may soon be required to wear masks.

On Monday, American president Donald Trump seemed to change his position on mask wearing, which could possibly most optimistically have been described as sitting on the fence, when he tweeted a picture of himself wearing a mask. True to form however, Trump managed to call mask-wearing patriotic while encouraging anti Chinese sentiment by calling the coronavirus the “China Virus”.

The total global figures as of 20 July were at 14,701,198 active confirmed cases with 609,806 deaths. It may alarm South Africans to know that with 373,628 active cases, South Africa has the fifth highest global number of cases. With America, Brazil, India and Russia in first, second, third and fourth place, respectively.

Despite not having reached its Covid-19 peak yet, many South Africans still seem to not realise that mask wearing is not optional. For many people with compromised immune systems and/or comorbidities, masks could be life saving. If that does not convince you that wearing a mask is a good idea, there is also the fact that not wearing a mask in a public space or on public transport in South Africa can result in a fine or six months in prison. DM