All systems go at Nasrec field hospital, thanks to publ...

All systems go at Nasrec field hospital, thanks to public’s generosity 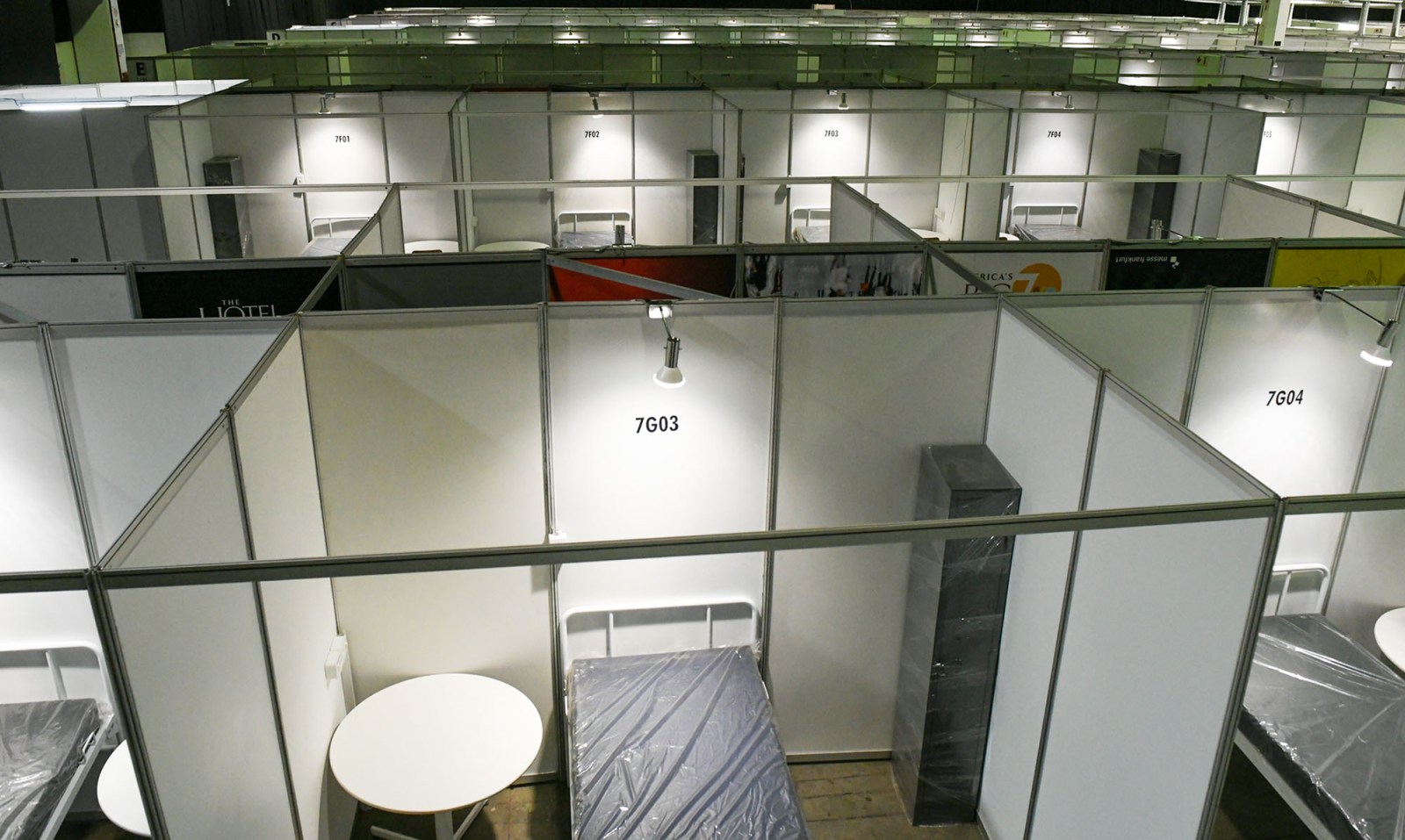 The first 20 patients are hooked up to oxygen concentrators at the Nasrec field hospital and that number is set to increase over the next days and weeks.

In the Nasrec Intermediate Care field hospital, oxygen is the new currency. It is the main weapon that teams of volunteers are using in the fight against the coronavirus.

And it comes courtesy of oxygen concentrators that pump oxygen into Covid-19 patients at a rate of five litres a minute. They save more lives than the ventilators that during the pandemic have been shown to have high mortality rates. One hundred oxygen concentrators are now in operation at Nasrec, thanks to the generosity of the South African public.

Twenty patients are hooked up to oxygen concentrators at the field hospital and that number is set to increase over the next days and weeks as the number of infections continues to surge across the south of Johannesburg. This comes as the hospital moves from a quarantine facility to treating patients who have come down with the coronavirus.

Caring for those patients are teams of volunteers like doctors Richard Cooke and Lesedi Motsatsi, who work suited up in full PPE gear.

Motsatsi isn’t from Joburg – his home town is Rustenburg, in North West. He either makes the trip from Rustenburg or for the moment he comes in from Mamelodi, where he is house-sitting for his sister.

“This is a new kind of illness, and we are learning as we go. But we are getting better,” says Motsatsi, as he is about to go on shift.

Just 11 days ago there were no volunteers or oxygen. The facility had initially been earmarked as a quarantine site. On Friday 10 July, doctors and activists sent out an appeal for volunteers and oxygen concentrators.

The private sector came through and there are now 100 oxygen concentrators.

Volunteers started signing up too and within days the first Covid-19 patient arrived. The patients have come from across the south of Johannesburg, from clinics and hospitals. They were brought by ambulance.

“So, they are not high-care patients, but are intermediate-care patients that have been already stabilised at a hospital,” explains Lynne Wilkinson, who is part of the volunteer initiative.

If the patient’s condition deteriorates, they are then returned to the hospital for high care. The oxygen concentrators supply oxygen at five litres a minute, although higher rates can be used.

On Monday Health Minister Zweli Mkhize visited the field hospital and invited members of the media for a brief tour of the facility.

Mkhize said that the field hospital being operational would ensure that no one would be turned away in the city because of a lack of beds.

By 7 August, the plan is to have 1,500 beds available, including 400 with piped oxygen and 120 with oxygen concentrators. This comes as Johannesburg continues to see an increase in Covid infections with 133,617 confirmed cases, and 986 deaths as of Sunday 19 July. Mkhize added that KwaZulu-Natal was seeing a surge in infections.

“But I am confident that we are on top of the game, we are getting somewhere,” he reassured.

The health minister added that it is only when the surge hits that you learn “how to behave” and that they had learnt a lot through what the Western Cape had experienced.

Across Nasrec to the sounds of Greek composer Yanni’s violin notes piped through the PA system, beds are being readied and exhibition halls filled. But away from renovation and in the no-go areas, the battle against the pandemic is being fought. At just after noon on Monday a team of volunteers, still suited up in PPE, ended their six-hour shift.

“If you do more than six hours in PPE, it becomes fairly challenging, really,” says Cooke, a senior family physician whose day job is acting head of the Department of Family Medicine & Primary Care at Wits University.

“You can’t relax either at work, or at home, in regards to infection control. I don’t want to put my family at risk.

“There is a lot of reflection with colleagues and a lot of talk about the disease and it comes down to simply trying to stay positive and to understand that to make it, it must be all hands on deck.”

To protect his family, Cooke has placed himself in self-isolation.

Wilkinson told Daily Maverick that they are still trying to iron out challenges in the system. One is the delay in bringing in patients from other hospitals to Nasrec. One patient was supposed to have been brought to the field hospital on Friday, but only arrived on Sunday. Patients are also not arriving with their medication from their hospitals. To address this, Wilkinson said that they keep a small stock of medication at Nasrec.

“And a lot of stuff we didn’t have, like high-quality thermometers and bedpans,” says Wilkinson. As always, more money is needed and there are talks with the government about providing funding.

Motsatsi keeps his cellphone in a ziplock bag, so as to prevent the spread of infection. His day job is working in a rape crisis centre. The work on the wards is more nursing than doctoring, he says. Helping patients to the toilet, that kind of thing. Many of the patients are bored and could do with some extra entertainment.

He explains that there is one important reason why he decided to make that two-hour trek from his home-town of Rustenburg to Nasrec.

“I know that we are going to get to this stage in Rustenburg, and we are thinking of setting something up like this there too. So, I will get some experience,” he says. “But what we need are more volunteers.” DM