By Centre for Analytics and Behavioural Change• 20 July 2020 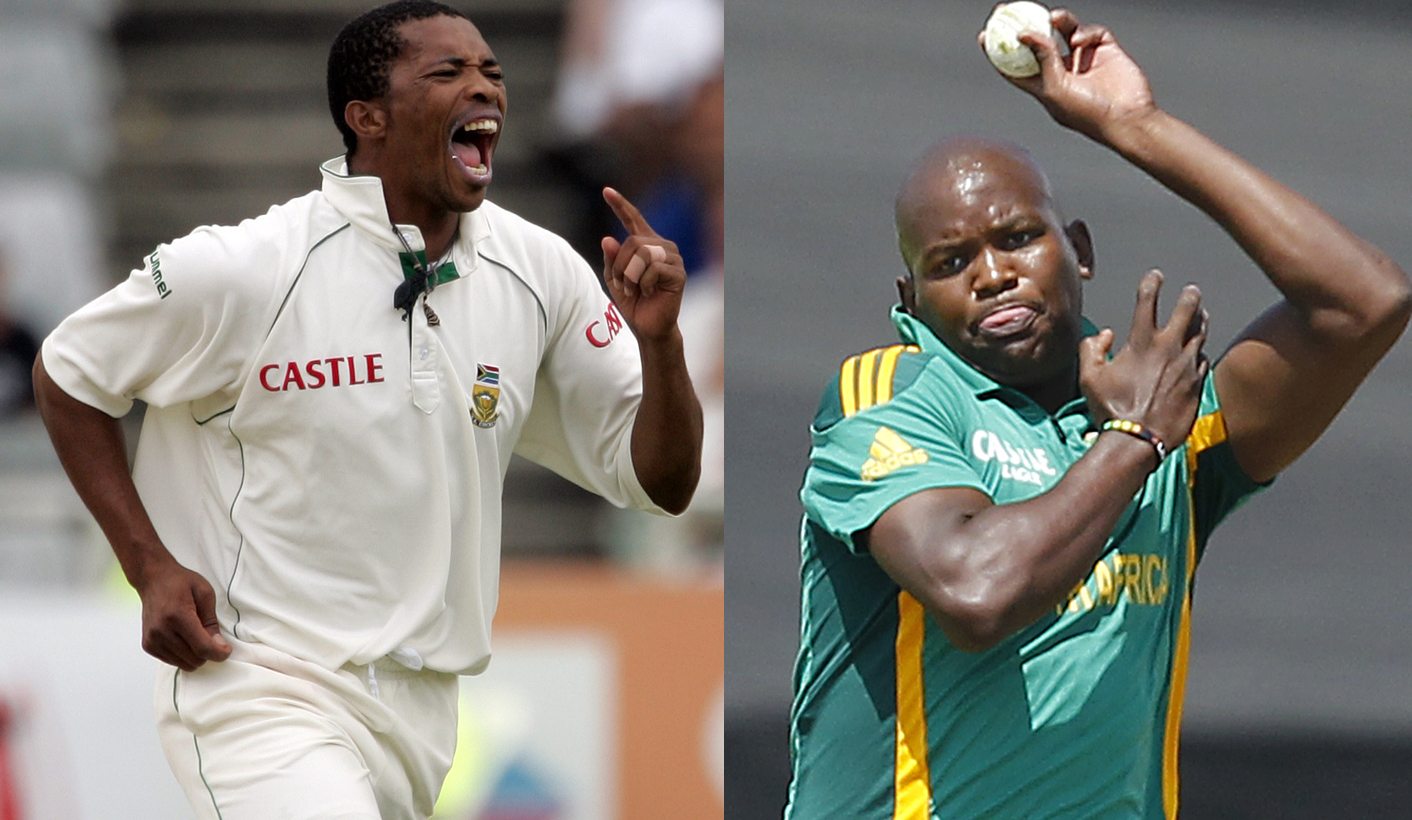 This is a summary of the trending, highest impact, and most active themes and their narratives related to social cohesion and division in South African public-domain social media conversations from 17 to 19 July 2020.

Racism in sport was a hot topic of conversation on Twitter this weekend, as South African cricketer Makhaya Ntini spoke out about the discrimination he endured as a Protea.

At 11:21 on Friday evening @_AfricanSoil tweeted a video of Ntini sharing his experiences on the South African cricket team. In the video Ntini describes how he was excluded from social events and gatherings, and how this filled him with a sense of loneliness. 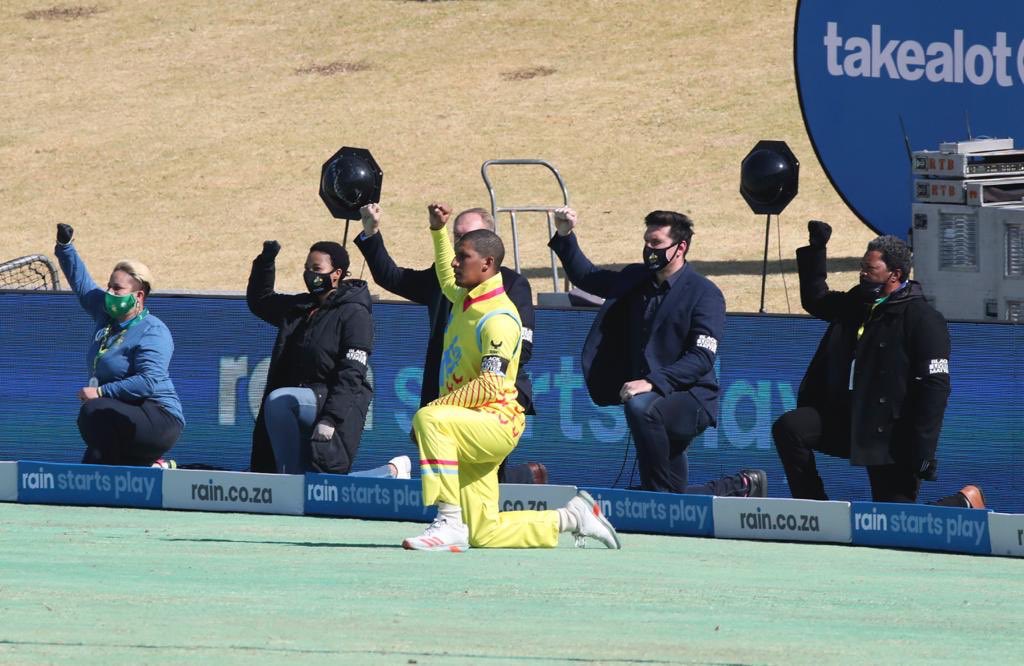 @_AfricanSoil added to the tweet that: “Racism in South Africa is very deep and racists will never understand how this affects black people psychologically.” The post received more than 1,100 retweets and comments, and more than 1,500 likes by Monday morning.

Just before midnight @kay_mahapa tweeted of Ntini’s experience: “I’ll never understand white people. Ga bana botho these folks. A white person enters a black-dominated space and everyone goes out their way to make them feel welcomed.” The post was retweeted and commented on more than 500 times and it received 1,100 likes.

@kadillacgrillz responded: “We can’t be stooping to their level by saying we must also make them outcasts isn’t the solution… love during an endured pain sometimes works for the better and by that I mean we just gotta keep doing us till they realise how stupid they are.”

Some cricketers took a knee in a display of solidarity against racism over the weekend. @AlastairMcA30 tweeted an image of the cricketers, saying: “This simple gesture of solidarity with their countrymen, by cricketers, seems to be upsetting a lot of white South Africans. Which kinda emphasises why it needed to happen in the first place. #Blacklivesmatter #takethekneee.” The post was retweeted more than 160 times and received more than 700 likes by today.

On Sunday @AmkeCebekhulu tweeted: “My granny said when white people were in charge service delivery was never an issue. Water , electricity, building houses, the overall maintenance of the country. She further said yes they’d steal money BUT their priority was to get the country’s needs serviced.” The contentious post was retweeted over 2,000 times and it received more than 6,000 likes. 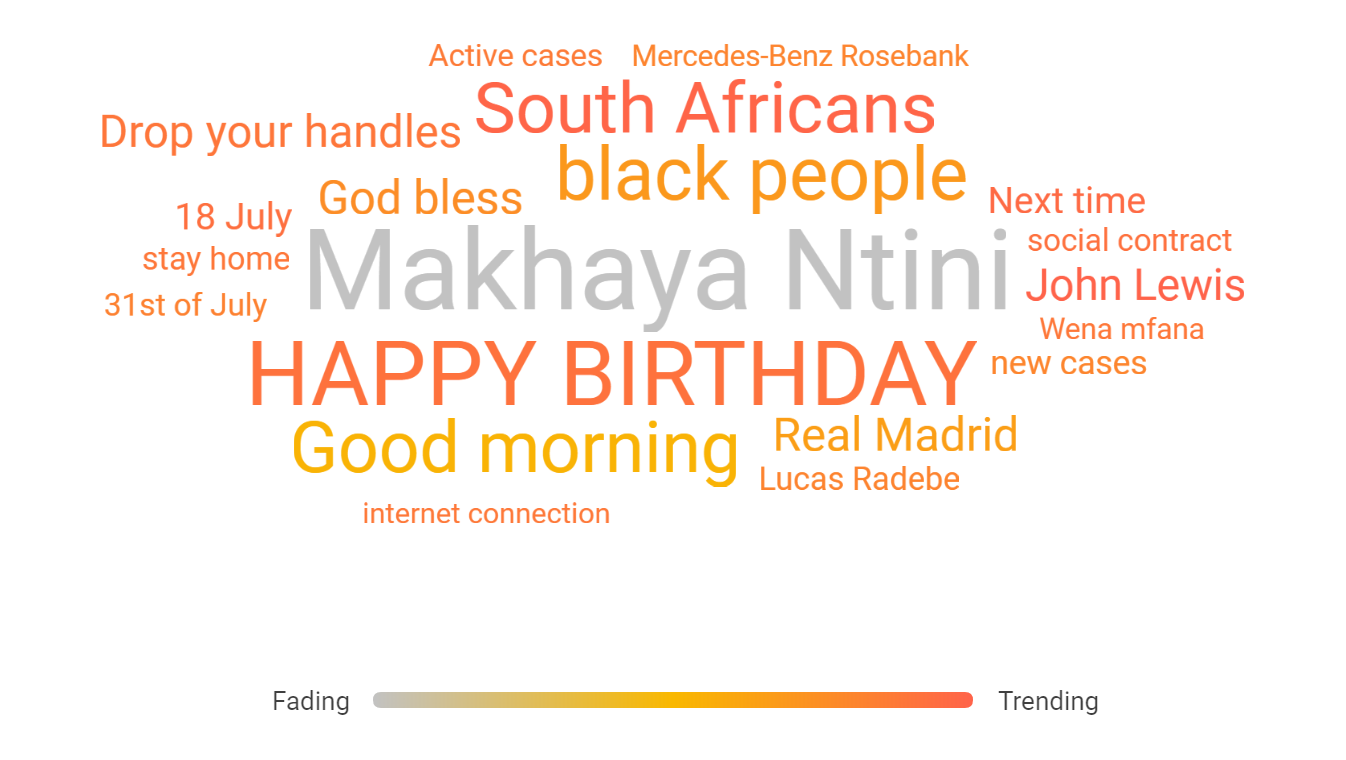 @perth_RSA swiftly responded: “Mate… it’s easy to perform when you’re servicing the smallest population and designing a system that only benefits a few. ANC is doing it but please don’t overlook history” (sic).

Other tweets sprouted in response to @AmkeCebekhulu. @LeratoMannya tweeted that “Service Delivery couldn’t be a problem if the apartheid government were only catering to the needs of about 20% of the population”.

Conversations about oppression and racial injustice dominated social media conversations, driven by the celebration of International Nelson Mandela Day and tributes for John Lewis. The conversations trended under top topics by snapshot, volume and burst.

Saturday, 18 July 2020 would have been Nelson Mandela’s 102nd birthday. Many Twitter users, including prominent world leaders, shared their thoughts on his legacy. President @CyrilRamaphosa shared a video on Nelson Mandela’s legacy, encouraging everyone to continue fighting against injustices, and paying homage to Zindzi Mandela: “Nelson Mandela was undoubtedly one of the greatest leaders of our time. A hero of our liberation struggle, he belonged to peace and freedom loving people everywhere. In his memory, we must strive harder to build societies rooted in mutual respect, tolerance and reconciliation.” This received 314 retweets and 1,400 likes. 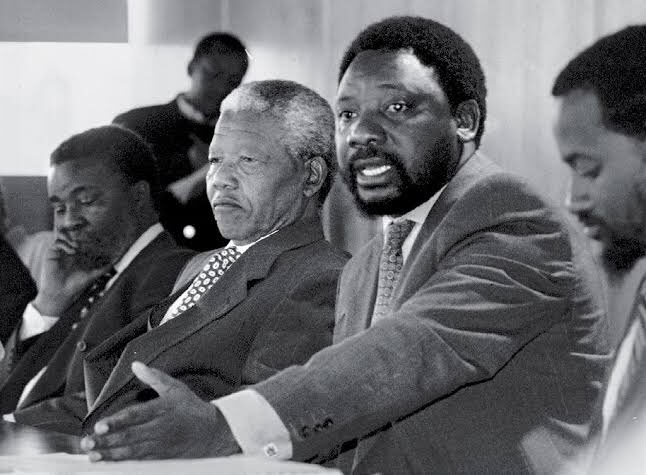 @CyrilRamaphosa shared four photographs of himself with Nelson Mandela. The tweet read: “We remember Madiba today not only as a courageous and inspiring leader, but as a person of great kindness and understanding. There are few people who will ever rival his place in history, but each of us, in our own way, can daily strive to be the better person he taught us to be.” This tweet generated 1,300 retweets and 8,000 likes.

EFF MP @MbuyiseniNdlozi tweeted: “Mandela is no longer a useful figure to confront injustices of racial violence, exploitation and marginalisation. His name is used each year to neutralise black people into a false racial unity, peace and reconciliation. Mandela himself allowed this when he was alive!” This gained traction with over 3,100 retweets and 11,700 likes by Monday morning.

Following the recent passing of American civil rights icon, John Lewis, many social media users paid tribute to his legacy by expressing gratitude for his sacrifices. On 18 July 2020, Former US president @BarackObama shared: “Not many of us get to live to see our own legacy play out in such a meaningful, remarkable way. John Lewis did.” This received considerable attention with over 103,500 retweets and 454,400 likes. 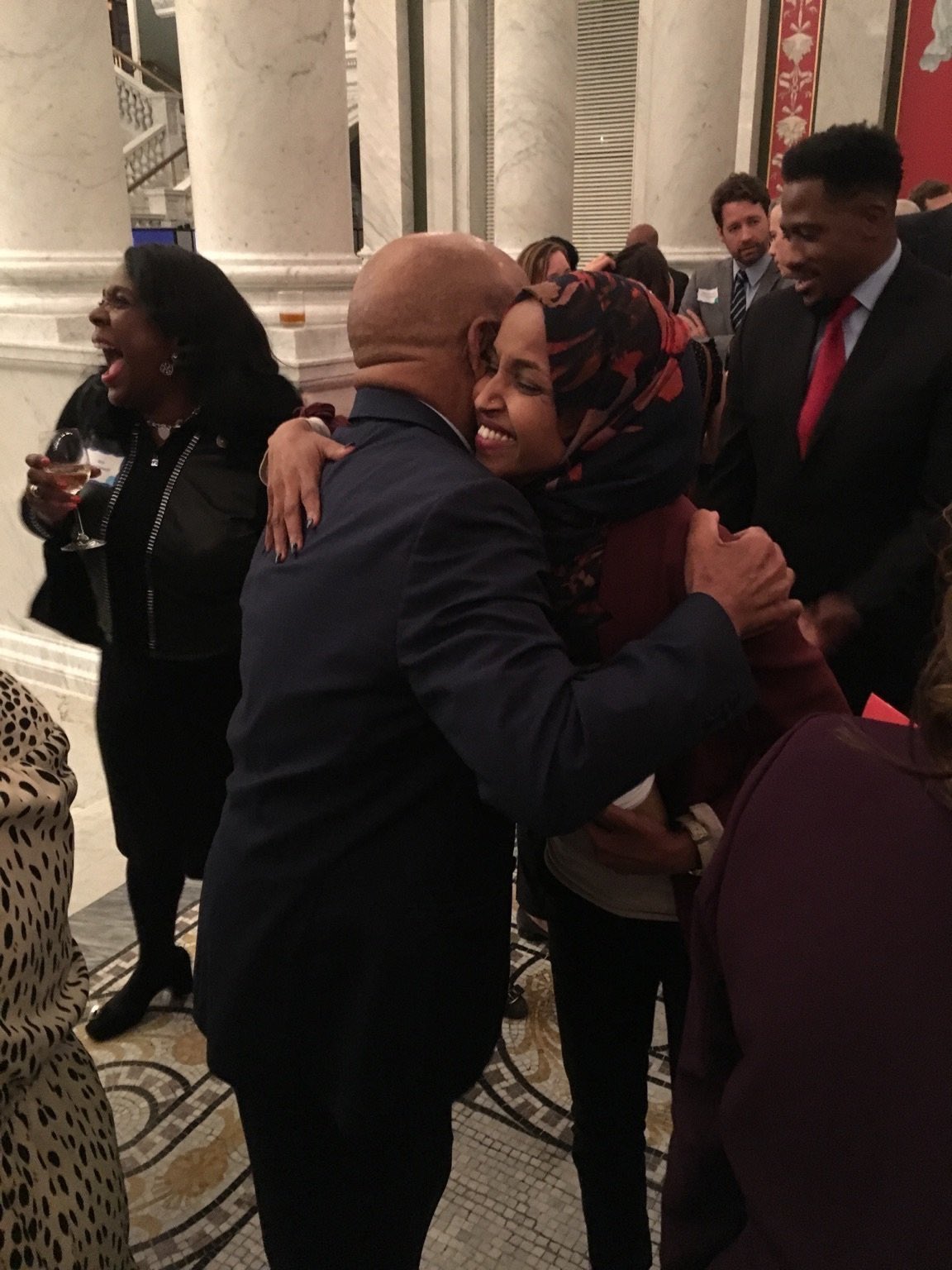 Some users called for greater recognition for John Lewis. @JillFilipovic tweeted: “A reminder that John Lewis, a giant of the civil rights movement, was beaten within an inch of his life on what is still known as the Edmund Pettus Bridge. Pettus was a grand dragon in the KKK. It should be the John Lewis Bridge. Rename the damn bridge.” This gained traction with 44,000 retweets and 185,600 likes.

Faith-based tweets, a Gospel dance challenge gone viral, and posts on relationship matters occupied much of the social media space over the weekend.

“Dear Lord, Today, I pray that when it looks like things could never change, remind me that there’s no mountain You can’t move, and there’s no wall. You can’t break through. It may not have happened yet, but this is a new day. God is doing a new thing; in Jesus name. Amen🙏🏾” tweeted Pastor West. This received over 20,200 likes, 7,800 retweets and 394 comments.

Released last year, Jerusalema, a gospel song remixed into a house track by South African DJ Master KG has gained international attention as people across the world have started dancing to it, in a hashtag named #JeruselamaDanceChallenge. 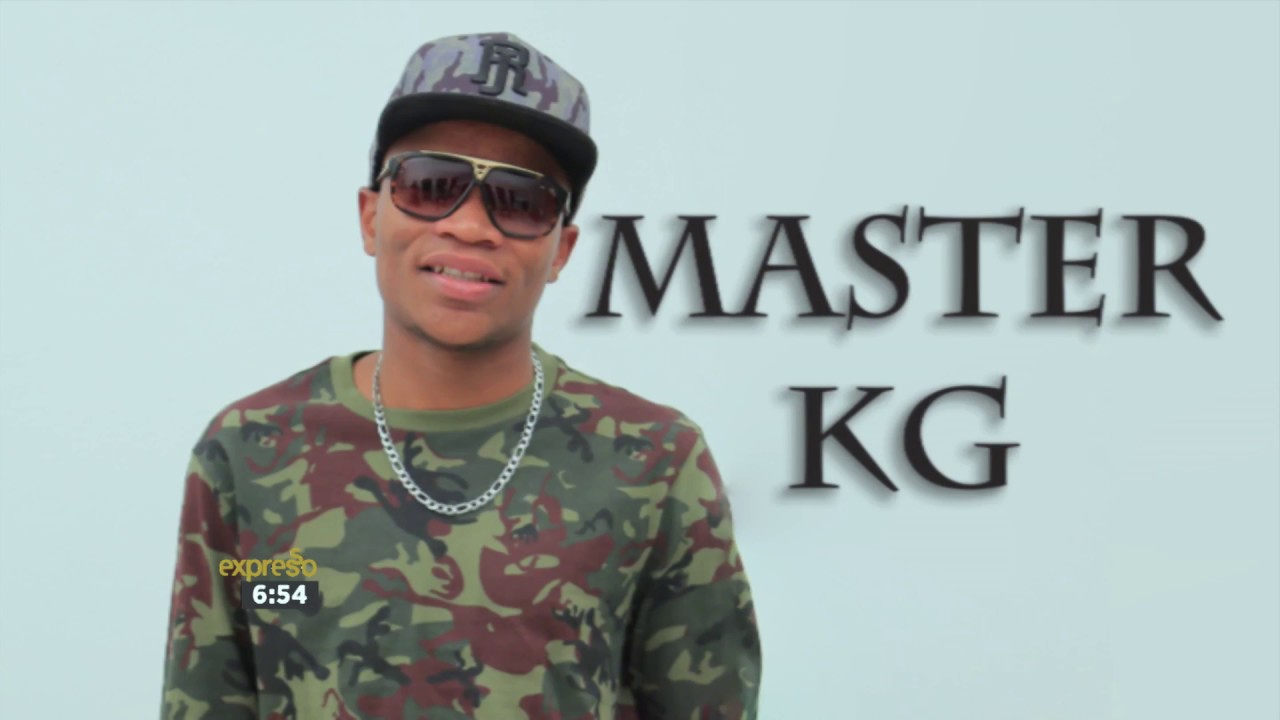 The DJ himself tweeted: “The World Is Dancing 🙏🙏❤❤❤ #JerusalemaDanceChallenge. When we created this song I never thought it will do this!!! GOD is amazing.” The tweet included a video of people dancing to the song, which received over 150,000 views, 14,400 likes and 3,500 retweets.

@PhilMphela tweeted, “MUSIC: South African gospel song has the world dancing during a pandemic Not only has Master KG’s track Jerusalema charted in over 10 countries around the world, the song has inspired the world to dance #JerusalemaDanceChallenge ”. The tweet also included a video of a group of white people dancing to the song. The tweet received over 119,000 views, 6,000 likes and 2,600 retweets.

“The assumption that love is rare is the reason why people stay in toxic relationships & friendships. Love is abundant, don’t settle for anything that has to be questioned,” tweeted @PapaCuba. The tweet received 3,000 likes, 1,200 retweets and 19 comments.

“I CAN’T BELIEVE WE STAYED UP AND SCREAMED HAPPY NEW YEAR FOR THIS BULLSHIT’, tweeted @Aintshitjunior, reflecting on how the year 2020 has been thus far. The tweet received over 577,000 likes, 130,000 retweets and 926 comments, with people replying on how terrible 2020 has been.

@Mazwane tweeted, “When we survive this year.. Please LIVE!! Do everything you’ve wanted to do.. Be happy.. Don’t hold back.” Asking people to do everything they want to do once the year is over and presumably once Covid-19 is under control, the tweet received over 41,000 likes, 15,600 retweets and 142 comments with people describing what they will do once everything has calmed down. DM