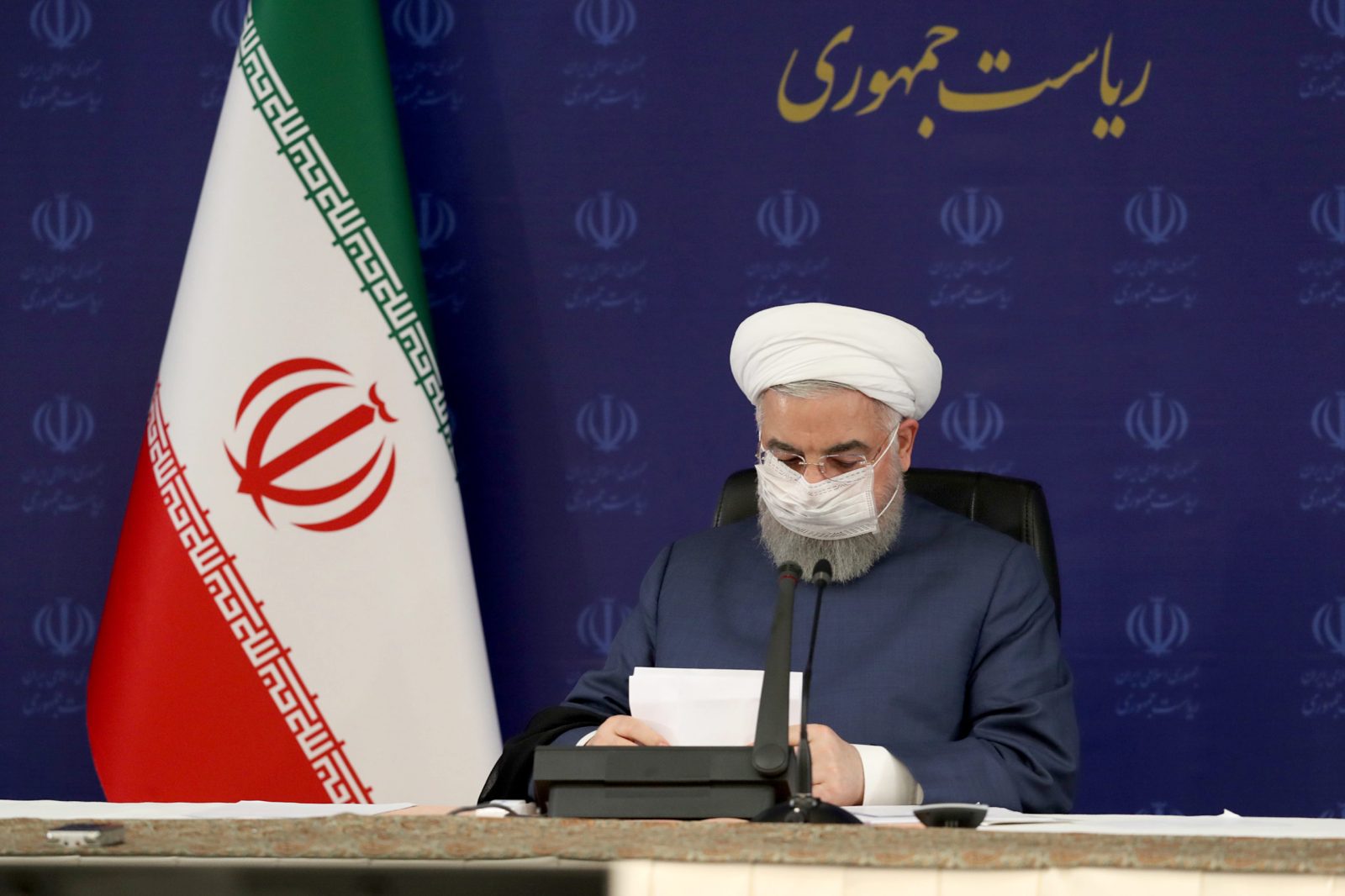 epa08553487 A handout photo made available by the presidential office shows Iranian President Hassan Rouhani wearing face mask during a meeting of the National Task Force for Fighting Coronavirus (COVID-19), in Tehran, Iran, 18 July 2020. According to media reports, Rouhani said official figures estimate up to 35 million people will be at risk of the coronavirus in the coming months, calling on everyone to work together to break the chain of the disease. EPA-EFE/PRESIDENT OFFICE HANDOUT HANDOUT EDITORIAL USE ONLY/NO SALES

July 19 (Reuters) - Iranian health officials sought on Sunday to play down the president’s estimate that some 25 million people have been infected with the coronavirus, saying it was based on serological blood tests that measure exposure to the illness and that cannot be relied on to show the current state of disease.

The 25 million figure put forward by Rouhani on Saturday is nearly a third of the population and massively higher than the official number of COVID-19 cases. Official case numbers rose to 273,788 on Sunday, with 14,188 deaths, Health Ministry spokeswoman Sima Sadat Lari said.

A Health Ministry statement carried by Iranian news media said the figure given by the president was based on numbers produced by a deputy in the ministry.

“It is not possible to rely on serological tests to diagnose the current state of the disease,” the statement said.

Serological tests determine if a person has been exposed to a disease by showing their antibody response. In the coronavirus pandemic, they have been used by countries to survey samples of the population and estimate overall infection rates — whether or not people have had severe, mild or no symptoms of COVID-19. “Serological tests only show if people have been exposed to the virus in the past,” Mostafa Qanei, head of the government’s scientific committee of the coronavirus task force, was quoted as saying by the state IRINN website. PCR tests of the throat and nose are needed to diagnose COVID-19, he added.

Iran has been hardest hit by the pandemic in the Middle East, with infections and deaths rising sharply since restrictions were eased, beginning in mid-April. Still, the number given by Rouhani took many Iranians by surprise.

Turkey has suspended flights to Iran because of coronavirus worries, a spokesman for Iran’s Civil Aviation Organization, Reza Jafarzadeh, was quoted as saying on Sunday by the official IRNA news agency.

Parliament deputy Alireza Salimi called on the government to come up with a single official figure for coronavirus cases.

In announcing the 25 million estimate on Saturday, Rouhani did not say what the figure was based on, but added that 30-35 million more were possibly at risk.

A coronavirus task force official said Saturday the 25 million were “mildly affected patients who … did not need to seek medical advice”. (Editing by Frances Kerry)