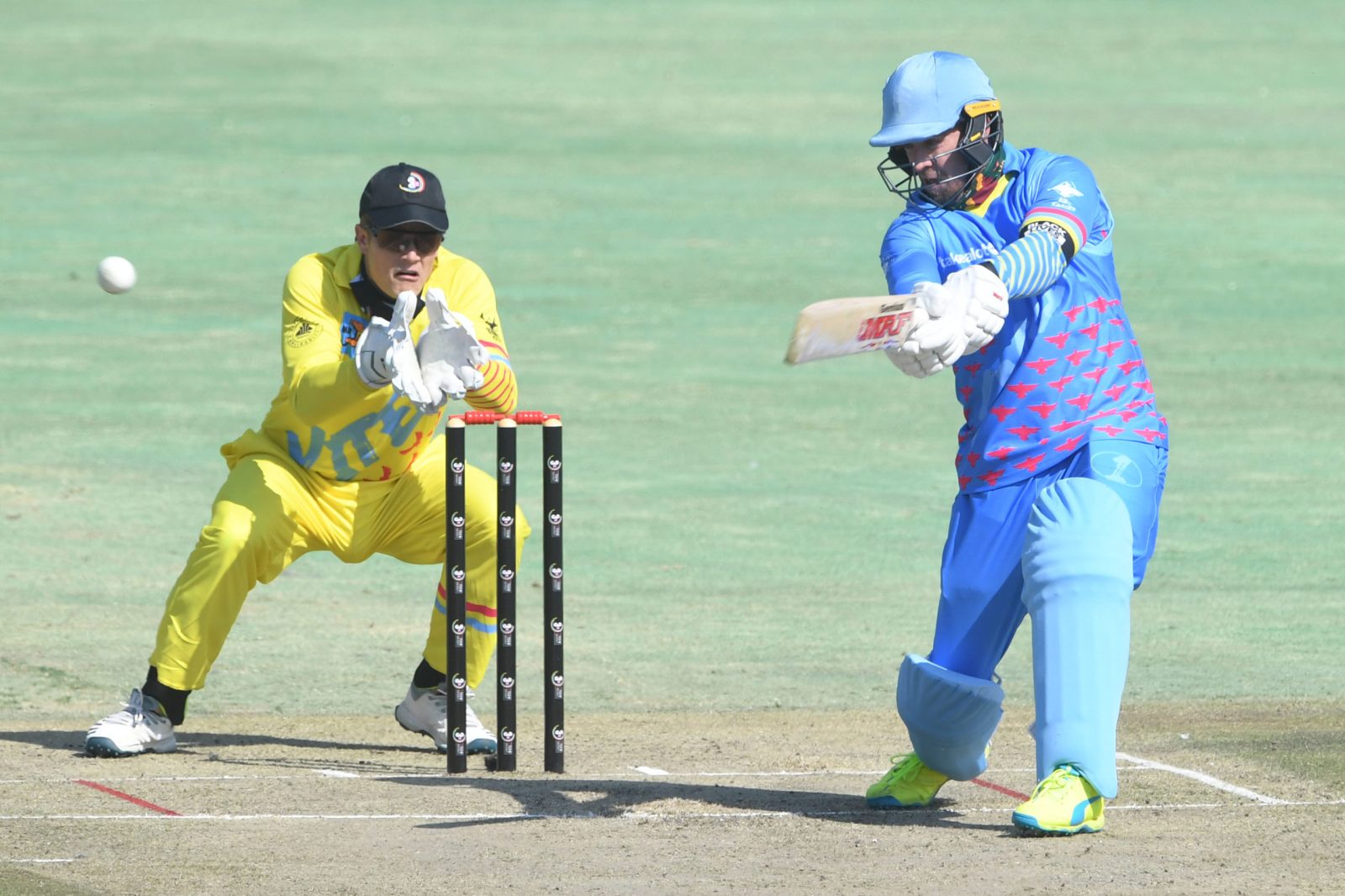 AB de Villiers of the Eagles during the 3TC Solidarity Cup match between the Kites, Kingfishers and Eagles at SuperSport Park in Pretoria on Saturday. (Photo: Lee Warren / Gallo Images)

Cricket in South Africa returned with a dash of something new in the form of 3 Team Cricket — and something very old and familiar with an AB de Villiers blitzkrieg.

The much-anticipated Solidarity Cup, with its numerous storylines, finally took place on Saturday. There were many questions going into the charity exhibition match, which was also the launch of a brand-new format known as 3 Team Cricket (3TC).

After all the issues around racial discrimination which emerged in the weeks leading up to the game, would those involved take a knee? What exactly is 3TC? Is the format a realistic one to add to the game of cricket? Can South African cricket address the issues that have been brought up in recent weeks, which are not unique to cricket, but are issues that plague the country in general?

Well, some of those questions were answered by the end of the game, which was won by the AB de Villiers-captained Eagles after they accumulated the most runs (164) at an empty Supersport Park in Centurion. The Kites, skippered by Temba Bavuma, notched up silver, with Reeza Hendricks’s Kingfishers scooping up a bronze. It was the first live sporting event in South Africa since the national lockdown in March.

Prior to the start, the players, all sporting black armbands in support of Black Lives Matter Movement, took a knee in honour of the movement. That put an end to all the speculation after fast bowler Lungi Ngidi had drawn the ire of a handful of white former Proteas players by calling for this exact action. The backlash from Ngidi’s comment sparked mass testimonials by black former Proteas as they came out in his defence.

One of those black players was Makhaya Ntini, who spoke about how he felt ostracised by his teammates throughout his career, and resorted to even avoiding them to escape the loneliness.

Prior to the action getting under way on Saturday, Ntini was pictured taking a knee alongside one of his former teammates and captain, Cricket South Africa (CSA) Director of Cricket Graeme Smith. Later they would share the commentary box and there appeared to be no tension as the duo shared jokes. After the game, Bavuma expressed that whatever had transpired throughout the day in recognition of the BLM movement should be a catalyst for real change.

“I think it is important for all of us to take time to understand the purpose, the complexities and historical significance of Black Lives Matter. We have an opportunity to learn, educate and take advantage of where our personal spheres of influence extend to,” stated Bavuma.

“The status quo can no longer be what it is: in sports, in corporate and across the board. I am hopeful that racism and other forms of oppression such as gender-based violence can be eliminated to create a better reality for generations to follow.”

Does 3TC have a future?

There were mixed feelings from those who watched the game on whether this newly launched format could truly become part of the game. Some said they were open to watching future games in the format, some said it was dreadful to watch (undoubtedly the purists), while others said they were still on the fence.

As England has played West Indies in a behind-closed-doors Test match, there hasn’t been much of a difference between their innings and those played during non-pandemic times — the atmosphere is relatively the same.

However, with this new format, much like with T20 matches, it seems a healthy crowd would have added to the aesthetic. The game was fairly high tempo, despite the fact that players had gone more than 100 days without any action.

One player who wasted no time doing what he does best was De Villiers. The 36-year-old struck an explosive 61 off 24 balls and shared in a sizzling century stand with Player of the Match, Aiden Markram (70 off 33 balls) to help the Eagles amass 160/4 across the two halves of six overs that each side faced.

“We had a lot of fun out there, there were lots of runs, catches and wickets,” De Villiers said. “It was quick, fast and fun – which is exactly what I expected of the format.”

“There were obviously more important things out there, getting out and playing, doing it for solidarity in South Africa and showing that we can stick together as a nation,” the electrifying batsman continued. “That to me was what it was ultimately all about. What does make me the happiest is the funds we raised, that is the cherry on the cake.”

CSA said it had raised R3-million from the spectacle, of which R2.5-million will go to the Hardship Fund, a CSA project aimed at providing relief to those in the cricket industry affected by the Covid-19 pandemic. R500,000 will be split among the charities identified by the captains before the match. DM