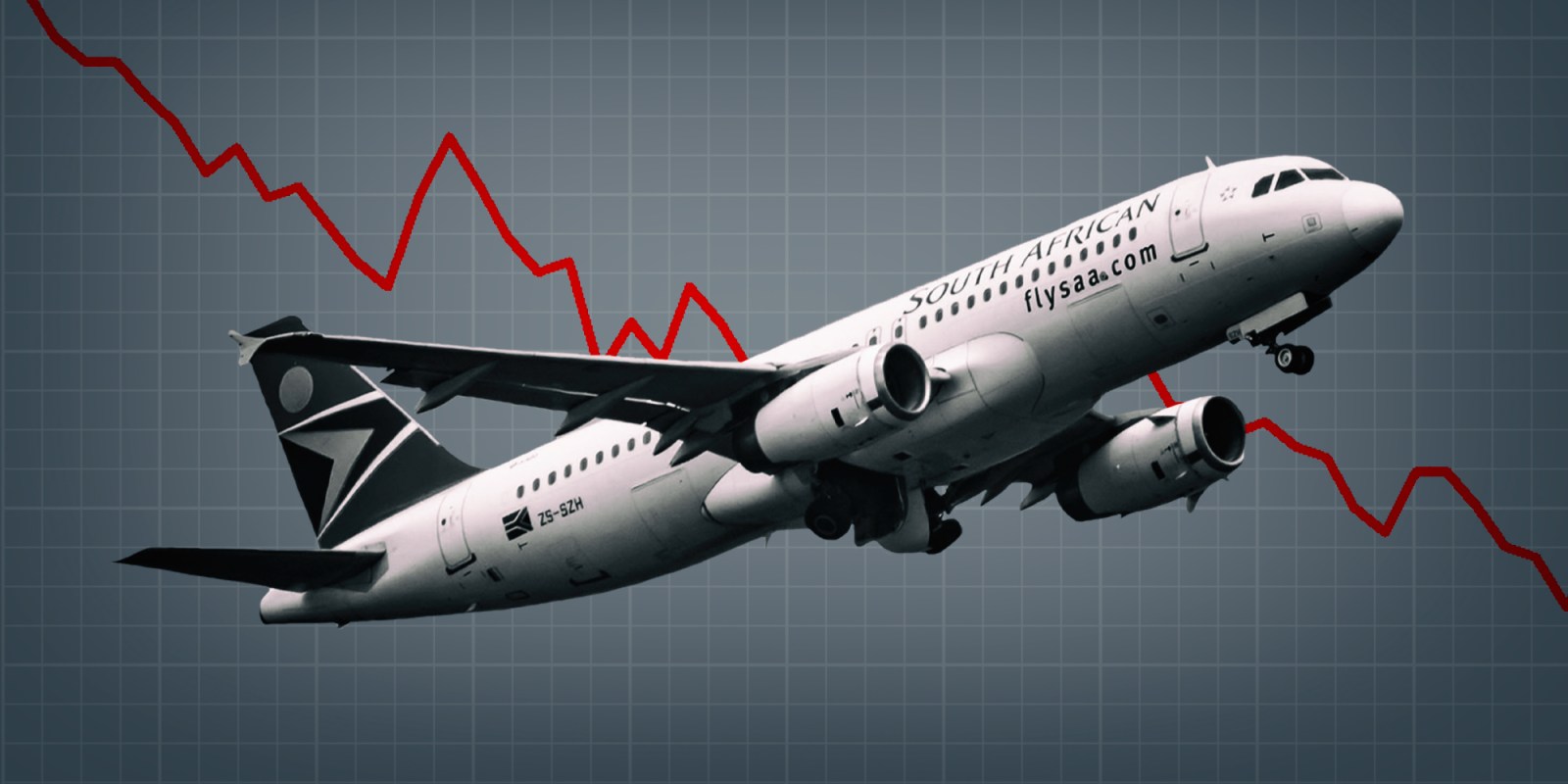 Because of SAA’s financial problems, business rescue practitioners Siviwe Dongwana and Les Matuson expect the airline to return to the skies only in January 2021. (Photo: Waldo Swiegers / Bloomberg via Getty Images)

SAA has recorded a net loss of R1.97bn for quarter one of its 2020 financial year, which covers the three months from April to June.

The first three months of SA’s lockdown have worsened SAA’s already dire financial situation, with the troubled airline revealing that it made a loss of nearly R2-billion over the period.

SAA, a perennial loss-maker that last turned a profit in 2011, has recorded a net loss of R1.97-billion for quarter one of its 2020 financial year, which covers the three months from April to June. During the three months, SA was mostly in a hard lockdown (eased from June) that was instituted by the government on March 27 to stop the spread of Covid-19.

SAA’s financial position was unveiled by the airline’s business rescue practitioners, Siviwe Dongwana and Les Matuson, in a letter – dated 18 July – to creditors and trade unions representing SAA’s estimated 4,661 workers. The letter, seen by Business Maverick, informed affected parties about the start of consultations with workers and trade unions this week about retrenchments at SAA.

Consultations will start after SAA creditors recently voted overwhelmingly in favour of a business rescue plan, which proposes that government inject R10.4-billion into the airline to pay creditors, fund retrenchment packages to workers, and restart operations.

Arguably, SAA’s financial loss during the lockdown, which is now running for four months, isn’t surprising because the government grounded the entire aviation industry by imposing travel restrictions and locking borders, affecting the financial position of many airlines.

SAA hasn’t operated commercial flights since March, but has operated mercy flights to repatriate South Africans stuck abroad and cargo flights to import, among other things, personal protective equipment and supplies to help SA fight Covid-19. For this function, SAA recorded revenue of R736-million from April to June 2020, compared to revenue of R4.7-billion generated during the same period in 2019.

But the revenue generated was diminished by SAA’s operating costs of R2.3-billion, which are linked to the overhead costs of operating repatriation and cargo flights, including jet fuel, crew remuneration, and landing fees. Adding to SAA’s operating cost woes during the lockdown was the maintenance of grounded SAA planes.

The net loss recorded by SAA during the first three months of the lockdown (R1.97-billion) is higher than the loss reported during the same period in 2019 of R1.78-billion.

SAA might be on track to record another full-year loss in 2020 considering that the airline – unlike its peers such as FlySafair, Comair, and Airlink – hasn’t restarted its domestic flight operations despite it being permitted to do so under eased Level 3 lockdown regulations. And because of SAA’s financial problems, Dongwana and Matuson expect the airline to only return to the skies in January 2021.

SAA’s true financial position has remained a mystery over the past three years as it didn’t table its financial statements in Parliament despite being obligated to do so by law.

This week is crucial for SAA as talks – mediated by a Conciliation, Mediation, and Arbitration facilitator – between officials at the Department of Public Enterprises, Dongwana and Matuson, and trade unions will begin over the retrenchment of workers. Minimising the number of retrenched workers, voluntary severance packages, and a collective agreement on the new terms of employment for retained workers will also be discussed.

In their SAA business rescue plan, Dongwana and Matuson have proposed the retrenchment of more than 2,600 workers to launch a new and restructured airline.

If a collective agreement is not reached between all parties by 22 July, Dongwana and Matuson could declare the rescue plan unimplementable”, bringing SAA closer to liquidation, which implies its death. DM/BM