SABC has no choice but to slash its bloated staff compl...

SABC has no choice but to slash its bloated staff complement 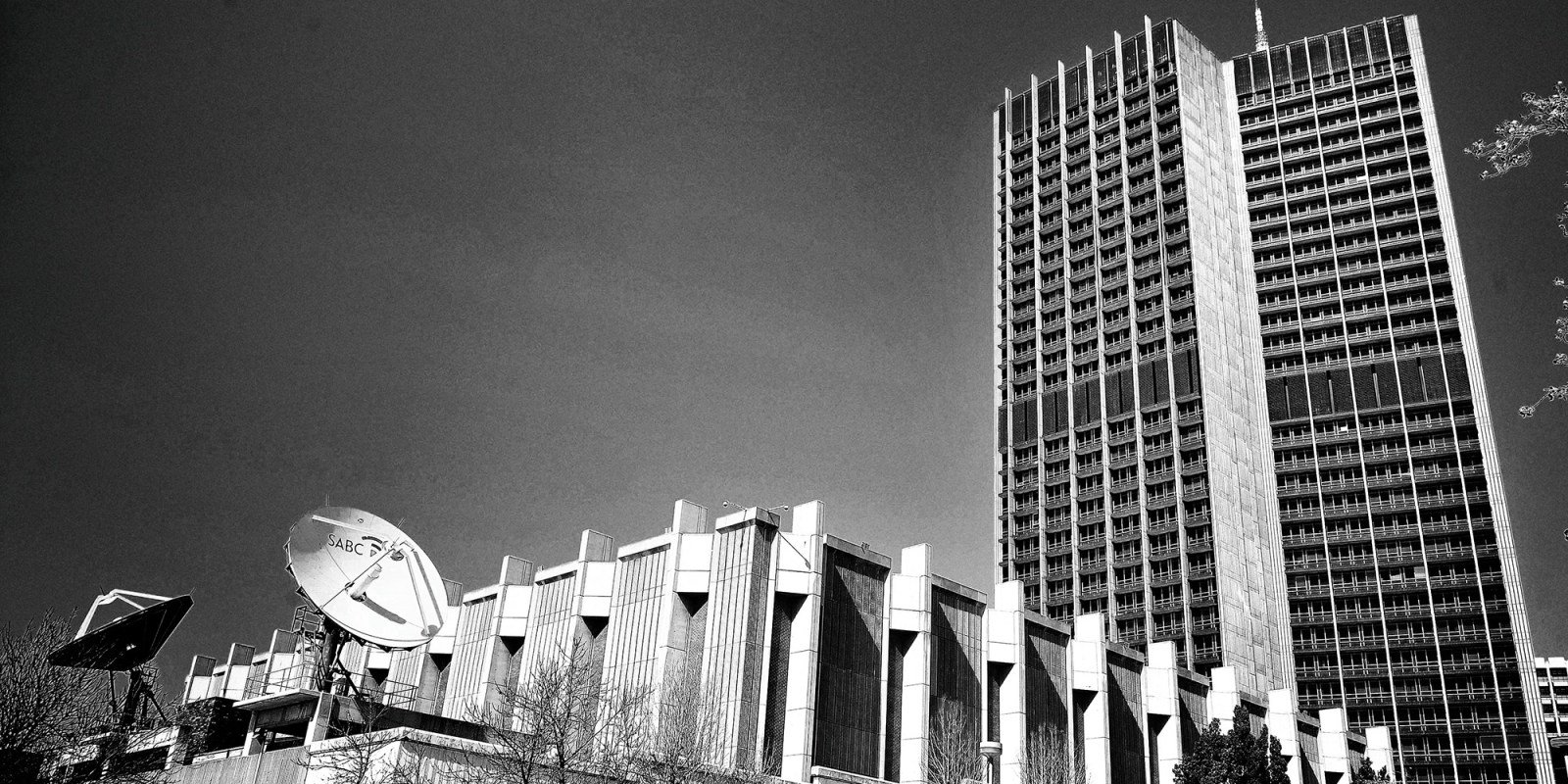 The SABC is shortchanging the local content production sector and its thousands of freelancers. It has not appreciably increased its freelance rates for over 12 years – in other words, it has effectively slashed them by nearly 50%, while SABC employees have consistently enjoyed above CPI salary increases.

The SABC has long been a thorn in the side of the government, the taxpayer and, importantly though often not considered, the South African film and TV local content production sector.

Multibillion-rand government bailouts, that have come with Treasury conditions that the SABC has never met, a massive upsizing of the workforce especially under the Hlaudi Motsoeneng reign of patronage, irregular appointments and unjustified promotions, corruption and fear, years of wasteful and fruitless expenditure, unrealistic pay hikes in the face of wide-scale non-payment of TV licence fees coupled with, in recent months, plummeting advertising revenues have led to the near-collapse of this vital public institution. Clearly, drastic action is needed to save this sinking ship.

However, other than initiating an inquiry into the SABC board’s fitness in 2016 and granting some bailouts, the government has done little to assist the broadcaster in sorting out the reasons for its mess. Nor has it held the SABC to account for not meeting the strict conditions Treasury and the Department of Communications set when granting those bailouts, namely to streamline its bloated workforce and get its house in order.

At last, the SABC has a board that has demonstrated a commitment to doing just that. It has been rooting out corruption, reducing fruitless and wasteful expenditure, disposing of its non-core assets, increasing revenue from licensing its content and other pragmatic interventions. However, getting a real grip on its cost-to-income ratio inevitably necessitates a long hard look at its headcount, with its annual salary bill having reached a staggering, unjustifiable and unsustainable R2.8-billion.

It was alarming, therefore, to note that the SABC board and exco came under sustained criticism from the Parliamentary Portfolio Committee recently when presenting their restructuring plan which proposes the retrenchment of some 600 SABC employees. Instead of supporting these necessary but painful steps, the portfolio committee ironically now wants to intervene, effectively seeking to entrench the disastrous “Hlaudi” legacy and confusing its oversight role with a supra-management one. This against a backdrop of years of it having failed abysmally to meet its actual role: to ensure that the SABC meets its public service mandate and remains free of corruption.

More alarming yet is that the ANC has also got into the fray and is asking the SABC not to proceed with retrenchments because of the negative optics this would have for the ANC in the face of next year’s local government elections. While Parliament’s Portfolio Committee is required to have oversight of the SABC, which should mean “eyes on but hands off” in terms of the SABC’s supposed independence, it is simply unacceptable for a political party, albeit the ruling party, to try to intervene in the business decisions of the public broadcaster, especially when such intervention is so that they don’t lose votes. The SABC must be allowed to operate without such political interference.

The SABC plays a pivotal role in ensuring a functional democracy. Its independence must be jealously guarded and its financial sustainability protected. Like quality public broadcasters around the world, it needs financial support from the government to fulfil its public service mandate and carry programming content in the public interest, especially at a time like this.

Retrenchments are always a line of last resort, more so at a time when the country is suffering a jobs bloodbath exacerbated by the Covid-19 pandemic. However, the painful truth is that SABC can no longer justify going to the government for bailouts when it fails to meet its primary obligation to Treasury, which is to cut its staff complement and reduce its bloated wage bill which is way out of kilter with public broadcasters around the world. It has done all that it can to cut costs and increase revenues, but the elephant in the room that prevents it from achieving financial sustainability is its wage bill.

Apart from contributing to SABC’s massive budget deficit annually, its wage bill growth has forced the SABC to slash total content budgets by hundreds of millions of rand over the past several years. SABC salaries account for a totally unsustainable 41 cents of every rand it spends, whereas spend on total content is only 22 cents in the rand, with local content accounting for an alarmingly low 15 cents of every rand. This ratio should be reversed: the SABC’s core function is to provide content and, as the public service broadcaster, it is mandated to prioritise local content.

By comparison, MultiChoice spends 15% on staff and 43% on local content. Further, as a percentage of revenue, eMedia and the BBC spend 11% and 29% respectively on salaries.

In addition, the SABC is shortchanging the local content production sector and the thousands of freelancers that work in it. It has not appreciably increased the rates it pays them for over 12 years – in other words, it has effectively slashed them by nearly 50% while, over the same period, SABC employees have consistently enjoyed above CPI salary increases.

And, while the SABC continued paying its salaries, it defaulted on paying independent producers for work delivered, resulting in the collapse or near-collapse of several companies in the sector and in retrenchments and lost job opportunities across the sector. Hundreds, if not thousands, of actors, camera operators, writers, directors, producers, editors – the list is endless and includes a host of emerging black filmmakers – have lost work. Not just the taxpayer, but also the local production sector and workers across its value chain have for too long shouldered the fall-out of the organisation’s mismanagement and maladministration.

In considering the proposed retrenchments, the portfolio committee would have done well to remember the SABC skills’ audit which is almost finalised and has already revealed that several hundred employees are unqualified and/or under-skilled for the posts they hold. Further, allowing the SABC to rightsize now could stave off its ultimate collapse, as we’re seeing with SAA now, which would save thousands of jobs at the SABC, SABC’s large freelance workforce and the local production sector in the longer term.

The SABC plays a pivotal role in ensuring a functional democracy. Its independence must be jealously guarded and its financial sustainability protected. Like quality public broadcasters around the world, it needs financial support from the government to fulfil its public service mandate and carry programming content in the public interest, especially at a time like this. It cannot survive on a commercial model alone, where 75% of its operating budget is derived from dwindling licence fees and plummeting advertising revenues. But any such funding from the government should not be in the form of a general bailout, especially where that seeks to retain a bloated and unnecessary workforce. It should be specifically ring-fenced for public service programming and local content, which is its greatest driver of advertising revenues.

The SABC has no alternative but to proceed with downsizing, to streamline its workforce, ensure a match of skills to jobs and ready itself for more changes and challenges as audiences inevitably shift to other viewing platforms. The parliamentary Portfolio Committee must allow the SABC at last to become fit for purpose and geared for the Fourth Industrial Revolution future. It’s now or never. DM

The Independent Producers Organisation (IPO) is a representative, national organisation of independent South African film, television and video producers constituted to represent, protect and promote the interests and needs of producers. The IPO currently represents the interests of over 80% of working producers in South Africa. The IPO strives towards creating transformed film and television industries in South Africa and works towards the development of a sustainable, stable environment for producers.