By Centre for Analytics and Behavioural Change• 16 July 2020 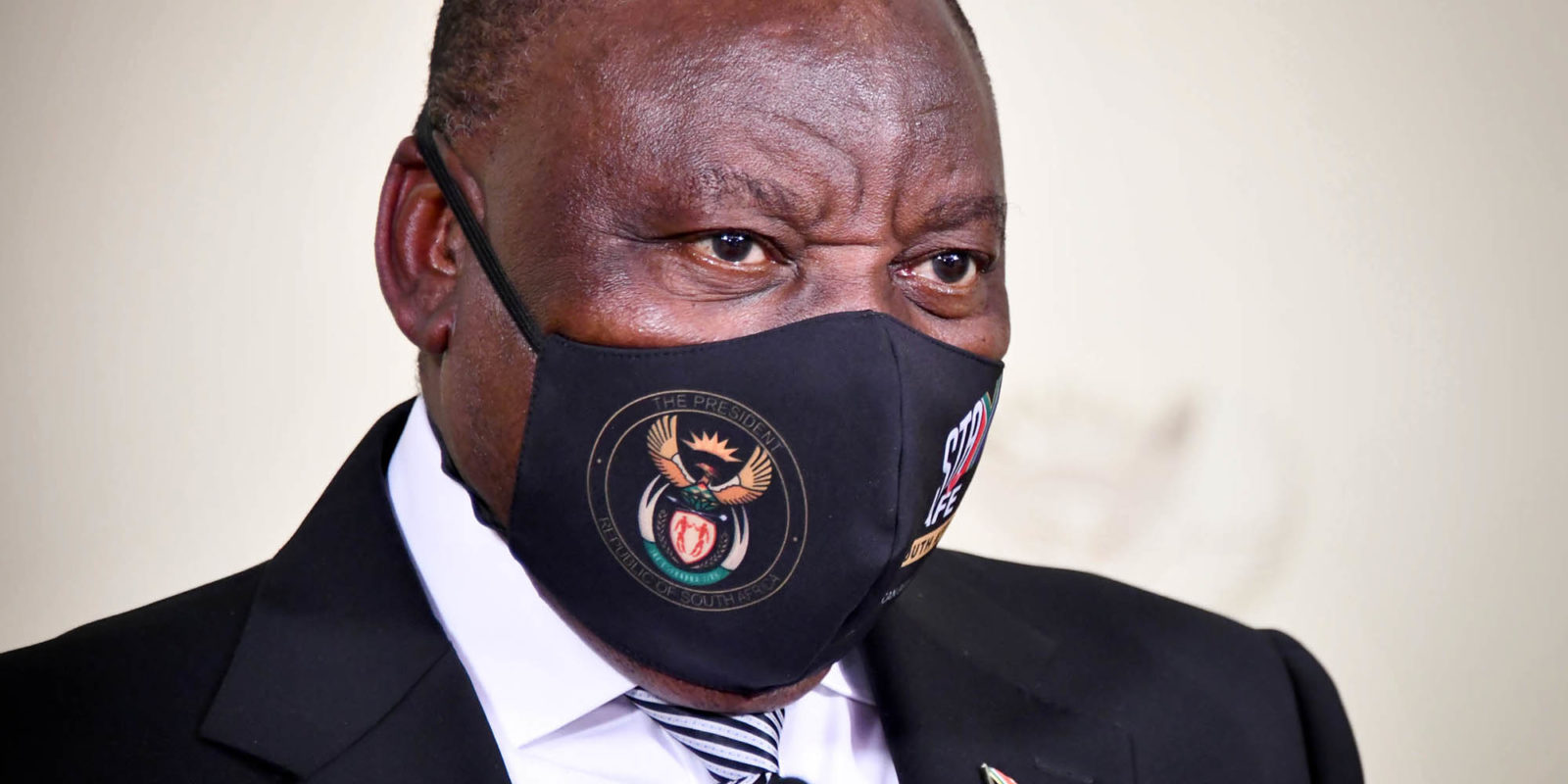 This is a summary of the trending, highest impact, and most active themes and their narratives related to social cohesion and division in South African public-domain social media conversations on 15 July 2020. Global trends impacting on South Africa are also included.

Moments before the virtual presidential imbizo started, @CyrilRamaphosa shared this message on Twitter: “Looking forward to a fruitful engagement with fellow South Africans tuning in to this evening’s Imbizo on #coronavirus via their local community radio stations, news channels and participating via social media. #PresidentialImbizo.” The tweet generated 385 likes and set off a barrage of criticism. 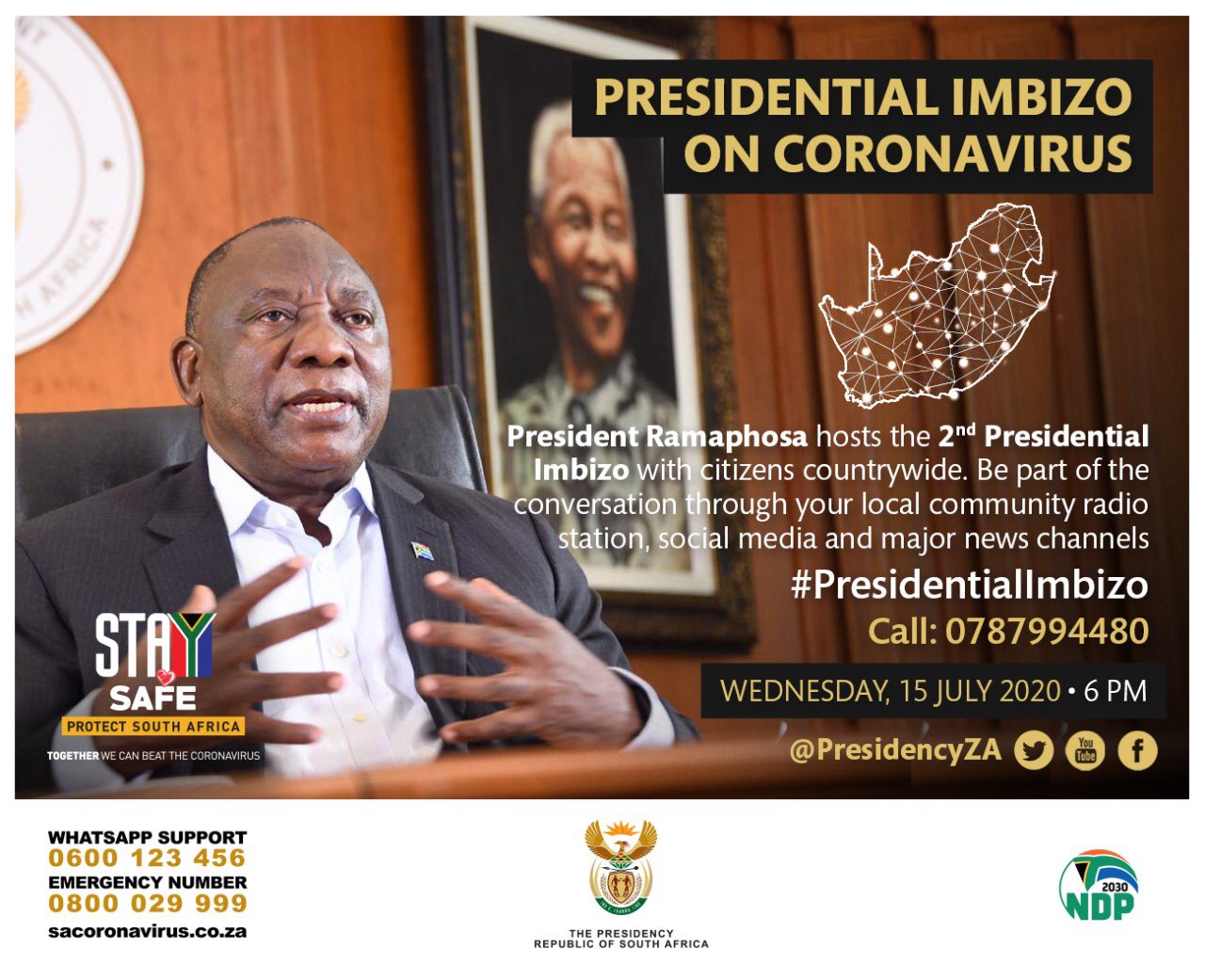 Earlier, social media was flooded with frustration over the latest lockdown regulations. The EFF’s @MbuyiseniNdlozi tweeted: “You cannot call for schools to close & leave everything else open – it will be futile. SA MUST SHUTDOWN &: – all workers must get 3 months payment holiday. – feeding schemes must deliver food to children at home. – all businesses that close must get payment holiday from rent/bonds.” This tweet quickly gained traction, with over 1,400 retweets and 5,800 likes by this morning.

Some Twitter users acknowledged that job losses were not unique to South Africa. @TholiBSA quoted this with a tweet that read, “There are people who think COVID-19 is only in SA, and it was brought by Cyril.” This was retweeted over 1,000 times and liked 1,800 times by today.

@alfred_cabonena tweeted, “If the ANC survives the next elections, South Africa won’t.” This tweet received 272 retweets and 841 likes. @SimonPGrindrod shared a similar sentiment in a tweet that read, “The ANC does not own our nation. The ANC does not own the State. The ANC is not South Africa. The people of our country deserve better. The ANC must fall before it is too late to salvage a future from the wreck of the present. 🇿🇦” (380 retweets and 1,200 likes.)

@MadiBoity echoed this in a tweet that read, “Dear South Africa, We cannot continue to put the future of this country into the hands of 4,000 ANC delegates, who are bought with alcohol & cash, in deciding who our President is. Therefore, ANC must be fired & vacate office. We need best brains across the board to reboot SA.” This tweet received far more attention, with 916 retweets and over 2,400 likes.

A few weeks ago, a video of Western Cape officials forcibly removing a naked man from his home went viral. @News24 shared a report that the Western Cape High Court has ordered the City of Cape Town to rebuild the Hangberg home of Ginola Phillips within 48 hours, to the same size and specifications of the home they destroyed. The tweet shared by @News24 received over 700 likes and retweets.

Minister of Human Settlements @LindiweSisuluSA tweeted a statement welcoming the court’s judgment. The tweet was liked and retweeted about 200 times.

@CityofCT announced that, “No load-shedding for City customers today. The City will protect most of its customers from Eskom’s load-shedding today. Eskom customers will unfortunately be shed at Stage 1.” None of these tweets were shared widely, with @CityofCT’s tweet gaining only 250 likes, retweets and comments.

Meanwhile, Didintle shared her good employment news, “After years of struggling to secure employment, God reminded me today that even in the midst of a storm, He is still faithful. I GOT THE JOB!!!!!” Her tweet received over 26,500 likes, 2,100 retweets and 382 comments filled with congratulatory messages.

“Your mental health, happiness, & existence is a priority,” tweeted Hermaine M. The tweet received 527 likes and 125 retweets, sparking many conversations about managing stress and staying healthy.

Nabela Noor shared: “My therapist taught me this trick. When you feel anxious that someone is mad at you, doesn’t like you or that things are worse than they actually are, ask yourself: ‘Who told you that?’ Typically you won’t have an answer & you’ll learn that it’s all in your head. Pass it on.” The tweet received over 672,600 likes, 233,300 retweets and 1,700 comments.

Meanwhile, @BTBoekkooi tweeted, “I feel bad for that one molecule of serotonin that has been carrying my mental health through the entirety of 2020.” The tweet received 369 likes and 108 retweets.

Mitchelle Karoro said she found comfort from social media: “Nowadays people from social media comfort us more than people we know in person.” The tweet received over 1,700 likes, 403 retweets and 53 comments.

@Khathu_cheLo responded: “Sometimes it’s because we don’t tell them what we are going through, instead we post about it…”

John Cena, international wrestling star, tweeted, “When times are difficult, often we feel guilty experiencing joy. Allow joy in your life. Joy during such difficulty shouldn’t make you feel guilty. Use it as a way to remain aware of issues, be genuinely grateful for the good you do have and spread that joy to those in need.” The tweet received 38,800 likes, 11,100 retweets and 1,000 comments.

Twitter users reminded each other to value friends and family. @miss_neoentle tweeted, “Guys please fix things with the people you love, apologize where it matters and tell people you love them. Tomorrow isn’t promised.” This tweet was liked and retweeted over 6,000 times.

@Miss_Rodolo encouraged others to acknowledge their parents: “Some of you guys are really blessed yazi. Having parents buy your first cars, being helped out your first year of working and even staying at home with no financial obligations to help your family. I hope y’all don’t take it for granted man.” This tweet was liked and retweeted over 11,400 times. DM