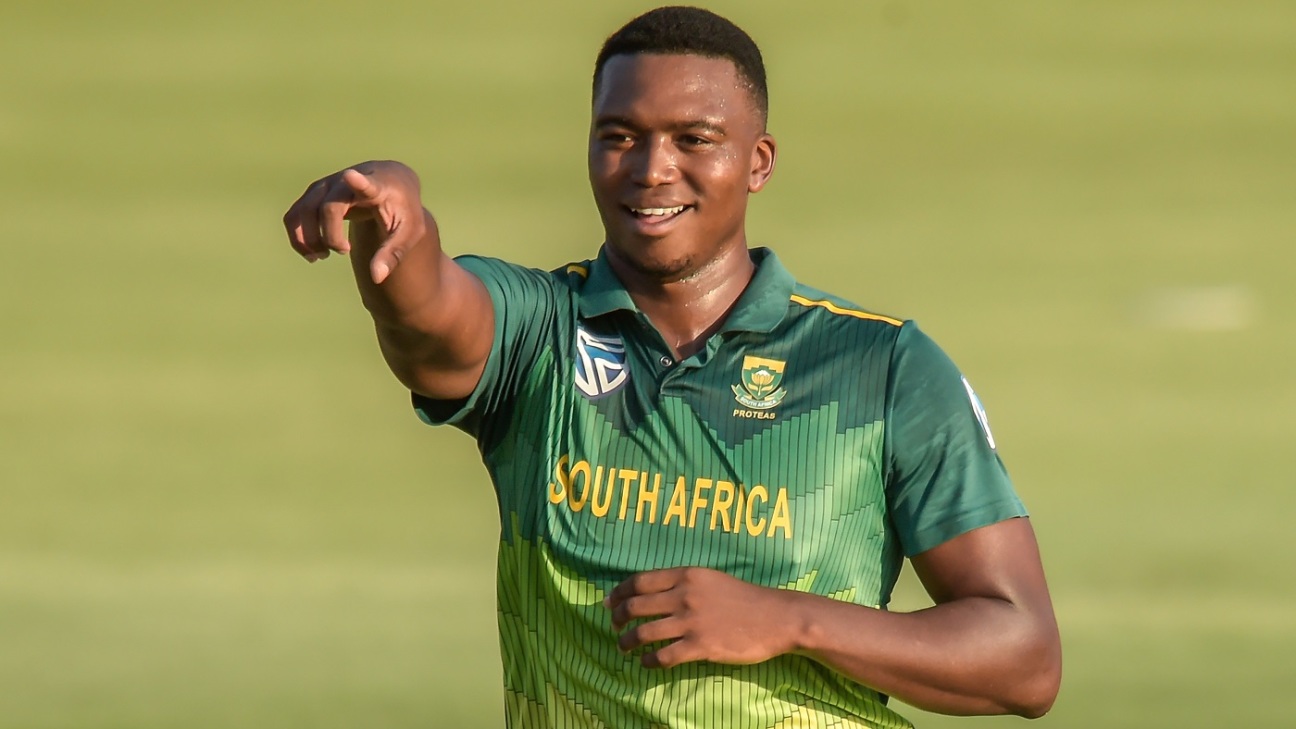 This is a summary of the trending, highest impact, and most active themes and their narratives related to social cohesion and division in South African public-domain social media conversations on 14 July 2020.

Conversations around how to cope with the current spread of the pandemic, as well as its current and long-term effects continue to drive volume on Twitter.

Minister of Mineral Resources and Energy, Gwede Mantashe, and his wife Nolwandle Mantashe tested positive for Covid-19, according to a tweet by @SABCNews which retweeted over 1,600 times by this morning.

The replies included many messages of support. @lesiea_gm said: “Covid times is the worst era in our lives, I would not even wish my enemy or family to contract it. Wishing Minister and wife well, including all South Africans whether in Govt or not. We are all affected in one way or another. Speedy recovery to everyone.”

President Cyril Ramaphosa shared his participation in a virtual seminar on the United Nations’ Independent Accountability Panel for Every Woman and Child report in a tweet that was viewed almost 29,000 times.  The President explained how world leaders needed to create social and economic equality, especially for women, children and young adults. 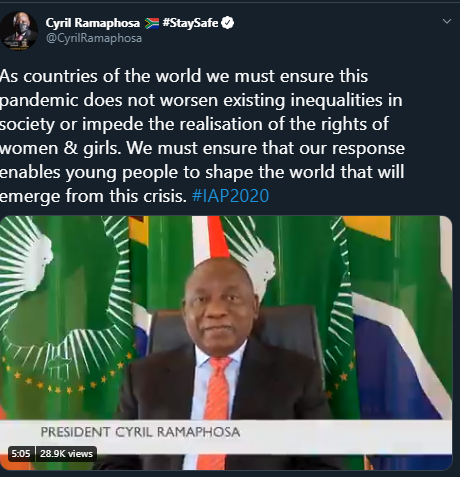 However, it also received many cynical replies, including: “With the job losses you have created, what possible hope do any of our children have” and “But you keep importing from China and India while not encouraging local manufacturing. How you intend to create job opportunities when we spending so much money on exports? I dare you to respond. You exporting our jobs while flooding our country with imports”.

Experts have criticised recent amendments to taxi regulations. @SundayTimesZA tweeted: “An expert has warned that commuters spending more than 20 minutes in a fully-loaded taxi, without proper ventilation, are at risk of being infected with Covid-19 even if they wear a face mask.” The tweet was shared almost 300 times and was placed in the day’s  top 10 tweets by reach, with over 123,000 viewers. 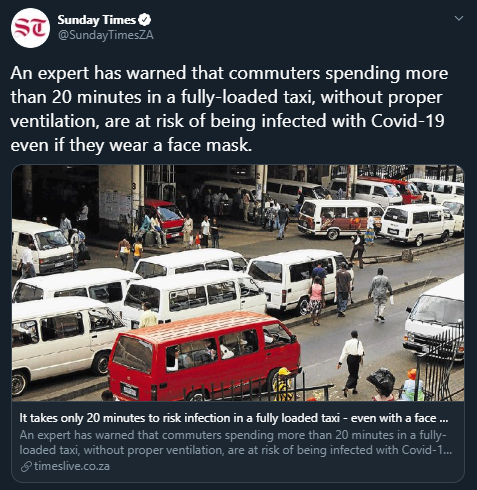 @SAgovnews shared an article about the incoming SAA interim CEO: “Phillip Saunders, the newly appointed interim #SAA CEO, will work closely with the interim board to appoint an interim management team that must implement a fundamental restructuring of SAA http://tinyurl.com/y7nppnbu.”

EFF Deputy President @FloydShivambu retweeted : “SAA Interim CEO. The intention and determination to deepen white domination is very evident under the current administration. What have we done as black people? Hi fela yini?”. This generated 326 retweets and 800 likes.

EFF MP @NalediChirwa tweeted: “Why don’t we start in 1652? Starting from 1994 won’t do justice to getting rid of foreigners. I propose 1652.” This gained traction with 296 retweets and 764 likes. Chirwa’s tweet was in response to an original post by former Johannesburg Mayor @HermanMashaba: “#PutSouthAfricansFirst. Let me keep reminding you. Once we remove ANC out of power in 2024, we are going to immediately set up a special unit to do audit of all Citizenships awarded since 1994.” This received 559 retweets and 1,600 likes.

Later in the day @Duduzane_Zuma, son of former President Jacob Zuma, tweeted: “Currently white people are looking out for their own, they are on a mission of looting as much as they can because the economy is not promising. The time to be politically correct is gone, it’s high time for black people to open their eyes and hold those in power accountable.” This tweet received 75 retweets and 207 likes.

South African cricketer Lungi Ngidi made headlines last week with his vocal support of the Black Lives Matter movement. Ngidi subsequently received some backlash on social media – including from former Proteas players. Now many former players and senior coaches have come out in support of Ngidi’s position. @News24 shared an article: “Thirty former Proteas and five senior coaches have thrown their weight behind Lungi Ngidi and the global Black Lives Matter campaign.” This tweet received 46 retweets and 157 likes.

The theme of love and relationships was sparked after  Amber Marie tweeted:

“If a man ACTUALLY wants you, you won’t HAVE to beg for effort. He’ll make time to call, text, make plans, see you, or whatever bc no man is too busy for a woman he TRULY wants. Please stop stressing & start focusing on people who genuinely want to be a part of your life.” The tweet received over 3,500 likes and 1,300 retweets and comments.

Two narratives regarding gender roles in relationships trended. Manqeezus tweeted, “I really hate this ‘indoda ayibe ne plan’ thing. I won’t lie,” expressing his dislike for the expectation that a man must always have a plan. The tweet received 292 likes, 382 comments and 58 comments.

Black Industrialist responded with: “On Twitter it’s interpreted as ‘always have money’ in real life it just means be solution oriented as a man. Which is fair.” The tweet response received 1,400 likes, 774 retweets and 19 comments.

Arinola Ifeoma shared a three part thread on why a woman should cook for her husband, “1. We women need to use lakaye in marriage. Cooking for hubby safeguards so many things: Hubby’s genes are made up of hypertension on many sides & so is mine. Cooking for him safeguards his health apart from being a womanly chore. Cooking at home makes the home truly happy/.” She said that cooking for one’s husband is an act of love, not slavery, and that the kitchen can become a meeting place for a happy marriage. The tweet received 387 likes and 120 retweets and comments.

@Yaocos supported her view with the response, “God bless you Maami. From the day I got married, I go to the market to do the shopping while my wife does the cooking. On Sunday special, I cook. That has not stopped her from being the CEO of her business. I am loving her like that.”

@Mathula_cx asked people to maintain focus on gender-based violence as it remained pervasive in South Africa: “I haven’t been seeing any GBV talk on my TL lately so I popped in to say, women in our country are still being killed. PLEASE CAN WE KEEP THE SAME ENERGY!” The tweet included an image of a News24 headline about a Northern Cape woman’s body that was found in a shallow grave. The tweet received 1,100 likes and 1,100 retweets.

Kaizer Chiefs Midfielder, Willard Katsande, shared a video on Twitter. He requested men to teach their sons how to treat women and challenged his soccer colleagues to break their silence on gender-based violence, as they may have supporters who needed to be educated on the issue. The video received over 130,000 views, 13,400 likes, 4,100 retweets and 346 comments.

Two women have been reported missing. Buhle Lupindo asked people to share her tweet about her friend’s missing Aunt Pam. The tweet received over 6,900 retweets and 1,800 likes. Later @RealLifeGod posted that Pam was found and is safe home.

Jeff Mukendi shared a tweet about his missing friend Tracey Lukika: “Hey everyone can you please help us find my friend. Her name is Tracey Lukika. She was last seen yesterday leaving campus but has never reached home. If anyone has seen her Please contact 067 058 4849. Help us spread the news. Kindly retweet.” The tweet received 5,600 retweets, 1,900 likes and nine comments requesting more details. DM