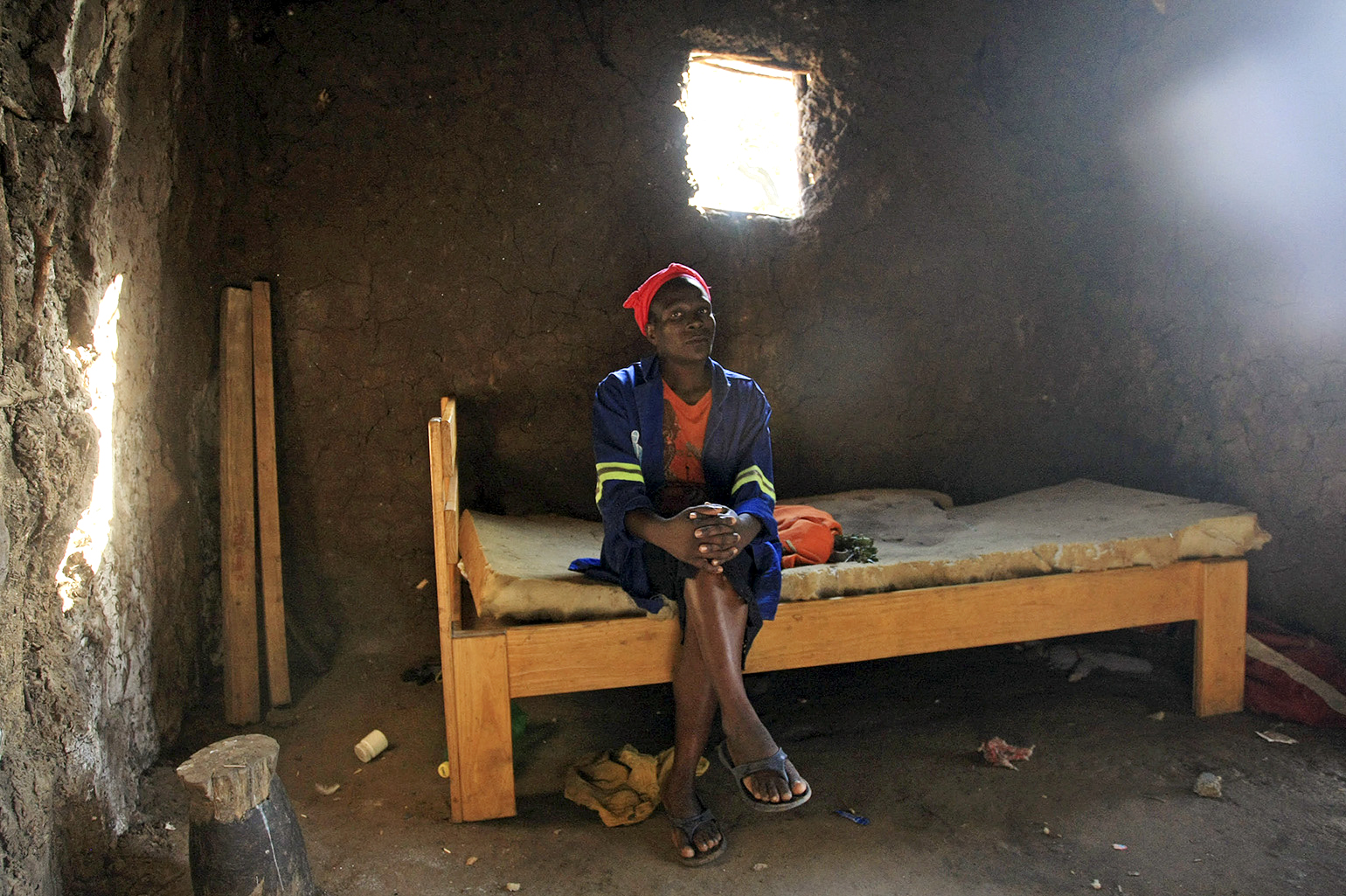 Many households in the rural areas of KZN don’t have enough food – and they aren’t receiving the promised food parcels.

Sister Priscilla Dlamini of Holy Cross Hospice, in the Ongoye hills between Mtunzini and Empangeni, says whether or not the needy and desperate receive a food parcel in the Covid-19 lockdown depends not on their need, but on personalities, and in some areas, which political party they support.

In the deeply rural parts of northern Kwazulu-Natal, Sister Priscilla is regarded by some aid workers in the same light as Mother Teresa, feeding those without in this critical time of Covid-19. Beyond her 16-bed hospice, she has single-handedly also established a feeding centre and three creches, “because the people get nothing there”.

Not because they are forgotten. “I made 10 applications for Covid food parcels”, says Sister Priscilla, “nothing came our way”.

This Catholic nun says she “officially” services a roughly 50 square kilometre block, albeit without government assistance, but that she feeds people as far north as Jozini, the widespread and deeply rural Umkhanyakude District Municipality, and even west to former president Jacob Zuma’s heartland of Nkandla – “wherever there is a need”.

According to the NGO Food4Africa website, the Ingwavuma section of Umkhanyakude records “adult unemployment at 60%. 5% of households have piped water and 3.6% of households are supplied with electricity….it is one of the two identified districts in South Africa with ‘the lowest level of economic activity.’ ”

Food4Africa founder Gordon Minott says “unemployment in the Ingwavuma area must be around 80% by now, it’s gone through the roof”.

Veteran children’s rights activist Marilyn Bassin, of Boikanyo, the Dion Herson Foundation, says she learnt of the plight of the children of northern KwaZulu-Natal after reading a Daily Maverick article “about children in the Jozini area being three to five times hungrier than any others in the country”.

Bassin, who had three years’ experience working with an organisation assisting children with cerebral palsy in rural South Africa, says she immediately contacted the Angel Network, which receives funding from the SA Jewish Board of Deputies.

“Together we decided to take the nutritious e’Pap fortified porridge into the area, to NGOs which are working with the poorest communities.”

Bassin says she travelled to the region on June 17, to find NGOs with the capacity to handle 10 tonnes of e’Pap, while also asking questions. The main question being, “Where are the food parcels that President Ramaphosa announced when he announced the lockdown in March?”

“I came across stunted children, from years of malnutrition. Like the child who looks five years old but says he is 10. Too many households didn’t have enough food – they weren’t receiving the promised food parcels.”

By the week of 30 June, Bassin saw to it that “enough e’Pap” was sent. The ten-and-a-half tonnes will apparently feed 14,000 children under five years, for 30 days. It was a swift and decisive intervention.

National, provincial and local government authorities were conspicuous by their absence.

Sister Priscilla has given up on all tiers of government, “although still hoping the department of health assists us”. She relies instead on the owner of three Spar franchises, Rotarians and various private donors.

“The Hlanganisa Foundation, which distributes food parcels on behalf of the KZN DSD, called mid-May to ask if we had storage for six tonnes. I said yes. Then Hlanganisa said they were told by KZN government that it had to go to Durban.”

Seven hundred hopeful families, with the traditional extended networks, went hungry. By way of illustrating how fickle the poverty alleviation “industry” can be, Sister Priscilla spoke of the DSD provincial minister who had helped her until 2008, when he died.

“When I met the new minister, and spoke of food parcels, long before lockdown, her answer was ‘don’t you know your friend has passed away?’ ”

How many will have died from lack of food, or complications related to malnutrition is unsure. But Sister Priscilla is not the only one feeding the “tens of thousands” Bassin estimates must be at risk during this unprecedented period of Covid-19.

In the west of the Umkhanyakude, the spokesperson of an education-focused NGO, seeing to the nutritional needs of 5,000 children, says “about 80% of the intended recipients have not received food parcels”. The challenge here is that most children attending school are fed at school, with children not having been at school going hungry.

The spokesperson wishes to remain anonymous for fear of victimisation by “DSD officials”.

Early indications from research reveal that a number of provinces could be facing the same challenges of maladministration and misadministration. Accessing food to survive in South Africa during this time of extreme hunger depends on who you know.

To the east, in Jozini, the area that motivated Bassin to arrange the food drive, Nokuthula Dladla of  Siyaphambili Home-Based Care, speaks of 378 families in need who are not receiving parcels.

“The DSD sends social workers to NPOs like us without consultation. These people were not from the area, they did not care about our people”.

Back in the Ongoye hills, Sister Priscilla said she had dismissed her social and child-care workers for “misbehaving and delinquency”.

Dladla says the social workers are responsible for compiling the lists of people in need of parcels, but when required to check on progress, months after not receiving them, they do not follow up:

“What they cared about was the money they were paid, even though they did not perform.”

Locating responsible persons in the Department of Social Development is a communications minefield, with every person spoken to passing the buck to someone else. The three DSD cellphone numbers called on Friday 10 July, apparently relevant to food parcel delivery, did not answer. Two of them left no option for a message.

The responsible person for the Ingwavuma area, DN Mbonambi, said she was unaware of 80% of parcels not having been delivered. She said she was not allowed to speak to the media, promised to send details of the DSD person responsible, then ended the call. No number arrived.

The same story is repeated when seeking what happened to Sister Priscilla’s numerous applications, with the responsible official claiming ignorance and directing the question to another manager, who did not answer the phone.

Early indications from research reveal that a number of provinces could be facing the same challenges of maladministration and misadministration. Accessing food to survive in South Africa during this time of extreme hunger depends on who you know.

NGOs operating in the region say accurate census figures are hard to come by given the proximity of Swaziland and Mozambique and ease of movement between the two. DM/MC