Many mothers going hungry for the sake of their children, new data shows 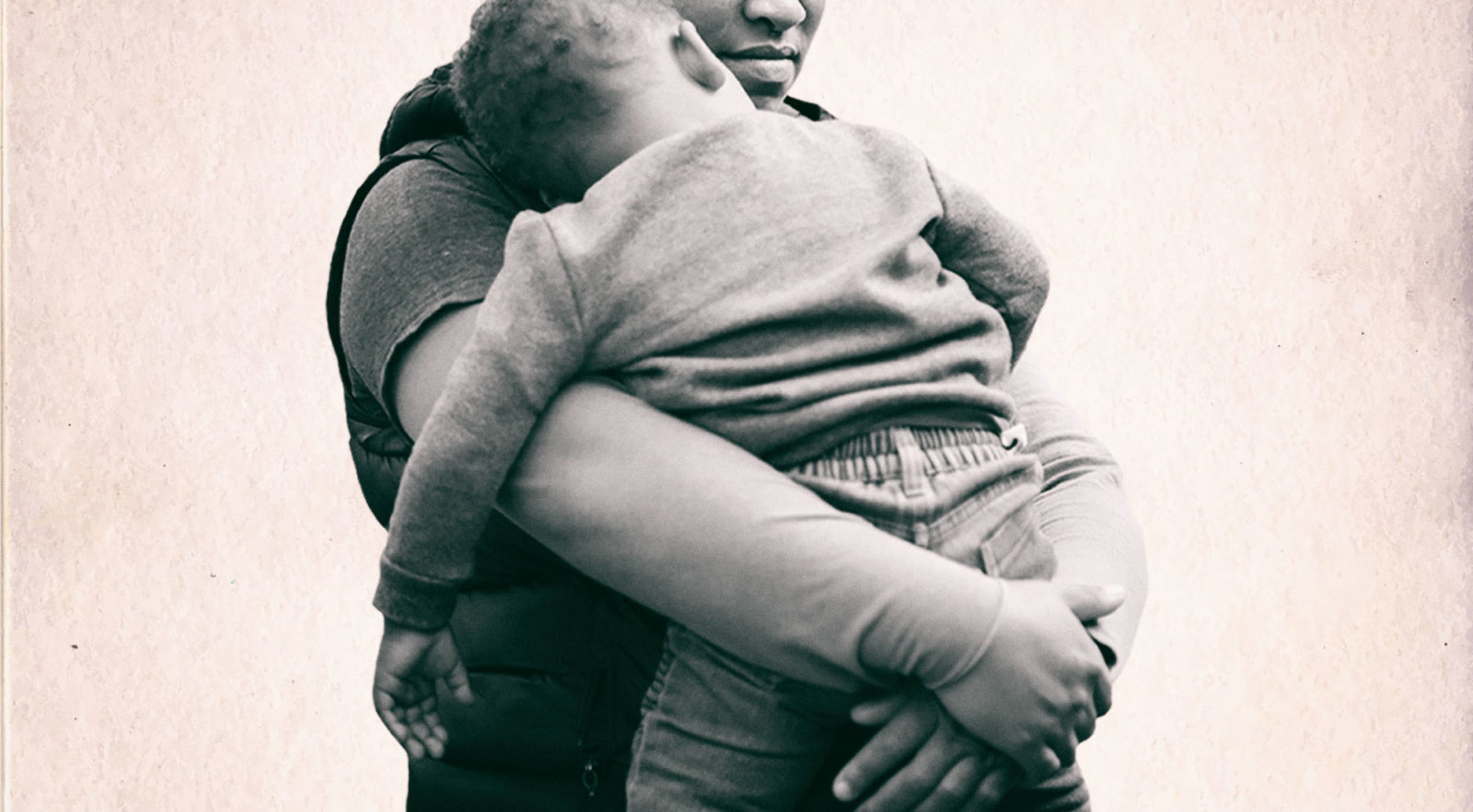 Hunger has risen across the board under South Africa’s Covid-19 lockdown but new evidence points to what experts say is an old phenomenon: adults going hungry for the sake of their children.

The National Income Dynamics Study – Coronavirus Rapid Mobile Survey (NIDS-CRAM) was published on Wednesday and shows that reported hunger among adults is higher (22%) than children (15%). The data was collected between 7 May and 27 June and  included a sample of about 7 000 respondents.

According to the report, in “households that experienced hunger in the last seven days, 42% managed to ‘shield’ children from that hunger”.

Experts say that this is not a new phenomenon, especially among black women who have been making these kinds of sacrifices for years, but one that has been exacerbated since the start of the Covid-19 lockdown.

Nomvelo Ndlovu is a single mother of four children living in the rural area of Mpumuza outside Pietermaritzburg in KwaZulu-Natal. She says she regularly goes hungry for the sake of her children. “That’s what I do, what a woman should do. I have four kids and two of them are boys who eat a lot. Me as a mother, I would rather them be happy than me. For me not to eat is not a problem, but for them to starve, no, that would really hurt me,” she tells Spotlight from her home.

She says that it has “never been easy” but that “before the virus it was okay”, particularly because, before, schools helped shoulder some of the nutrition burden and, under the lockdown, schools have been closed for months.

“At least they would be going to school and I would only have to cook in the evening, now they are here all day,” she says.

She says that no matter how hard she tries to hide the dire state of affairs from her children, they can tell something is wrong.

“It is affecting them as well. The older one keeps asking me ‘Are you okay Mum?’ Because they see me trying to think, to add, to make a plan for the next day. My son even tells me ‘Just because you are a woman it doesn’t mean you shouldn’t talk about what is stressing you’. But I cannot tell them that as a mom I am failing to provide. No matter how much I need someone to talk to, I can’t tell my own child that I am failing them.”

“Women have got the primary child care responsibility, including to put food on the table, even in non-women-headed households,” she says.

“Women tend to eat last, or not at all, they tend to give the most nutritious food to their children in order to protect them, and some women, in desperation, even trade sex for food at times. A woman is the first person to whom a hungry child turns to when looking for food,” she says. This essentially amounts to “women feeding children with their own bodies”.

This situation takes a massive toll on both the mental and physical health of adults, especially mothers.

A 2015 University of Pretoria study published in the medical journal Culture, Medicine and Psychiatry, investigated factors related to depression in low-income mothers in South Africa.

It found that “the depressed women in this group of respondents frequently refer to the emotional distress caused by hungry children” where “mothers are interpellated to care for children, and more specifically, to make sure that children are not hungry, mean that the mothers of hungry children felt that they were not fulfilling their responsibilities and thus felt guilty and ashamed”.

“A vicious cycle of hunger, sadness and anxiety, shame, anger and anomie, aggression and withdrawal, negative judgement, and more shame, are thus maintained,” notes the study.

“As if things weren’t bad enough for poor black women anyway in this country,” says Ledger. “And this burden is largely silent and invisible. No-one sees the sacrifice or the long-term implications.”

She notes that non-communicable diseases like diabetes and obesity disproportionately affect black women and this is a result of “malnutrition” – eating poor quality food.

“Women often end up eating empty cheap calories from starches, carbohydrates and sugar, making sure the children get access to the little protein available in the household. The cheap protein women are able to afford such as chicken or eggs inevitably end up going to the children,” she says.

Mother-of-four, Ndlovu, can attest to not only the emotional stress but also the physical stress this situation has put her under. At the young age of 33 she already suffers from high blood pressure and has to take treatment for this condition.

Children can only be shielded up to a point

One of the NIDS-CRAM researchers Professor Servaas van der Berg says that despite the rise in hunger and decline in income under the lockdown people “were still able to protect children, to shield them from the effects of the loss of resources”.

“That is also supported by the fact that you had quite a lot of people saying they had no money for food – 47% said they had no money to buy food during the past month. If 47% say they had no money for food but only 15% say children went hungry because of a lack of food, it meant that somehow they obtained the food and that, to us, appears to indicate that people have been borrowing or using up their savings and that is not something that can continue. You’ve got a shielding of children but again that shielding can only be a temporary thing that you can do and beyond that we would therefore probably see the numbers of children reporting hunger rising if nothing else happens,” he says.

According to the research, the ability to shield children from hunger declines “with the extent of household hunger”.

“Where adults experienced hunger for four days or less in the last seven days, about half of the respondents (47%) indicated that a child did not go hungry in the household (ie half of children were shielded). However, when there was perpetual adult hunger (hunger ‘Almost every day’ or ‘Every day’ in the last seven days) then adults appear less able to shield children, since only 33% of respondents indicated that a child did not go hungry,” notes the report. “It would seem that in times of acute crisis like the Covid-19 pandemic, many households have managed to protect or ‘shield’ the children in that household from that hunger. This protective capacity of households has its limits however; where hunger becomes too pervasive households seem unable to keep protecting children.”

Therefore, regardless of this ‘shielding’ phenomenon, children are still going hungry and the short and long-term implications of this are disastrous.

“More than one in four children in South Africa are so badly nourished they are classified as stunted – and this is before Covid-19,” says Ledger.

“Without proper nourishment, children can’t learn in school and have a much higher risk of developing non-communicable diseases later on in life,” she says. “Additionally, there is a growing body of research clearly demonstrating that chronic childhood malnutrition increases the propensity for violence in adults due to permanent damage to the brain’s impulse control mechanisms. Childhood malnutrition is probably the single biggest factor explaining the astronomical levels of violence in this country.”

Ledger says that, ultimately, “millions of South Africans live on the brink of starvation and the main thing the lockdown did was push families over the brink”.

She said the solution lies in either mothers having more money to buy food or for food to become cheaper.

Unfortunately, according to Julie Smith from the organisation Pietermaritzburg Economic Justice and Dignity, food prices have soared under the lockdown compounding the severity of the situation for many if not most South African households.

She says that due to a number of factors households are spending 30% more on food than they did pre-lockdown.

“Our data shows households are having to buy more food for the month during this period, the cost of food has gone up and normal shopping patterns have been interrupted,” she says. Normally, women would shop around three or four different supermarkets to find specials but, due to the lockdown, many have been restricted to shopping at only one outlet – meaning they miss out on these specials.

“Women are getting sick from this situation. The stress of every day your kid looking at you and asking what are we going to eat tonight. Women are in this situation because they love their kids and will do whatever they can for them. Women will make a plan and often that plan is to cut down on their own nutrition,” she says.

According to Smith, this is why the child support grant is so important – despite it not being enough to plug the need.

“Hunger is a form of violence and with the grant being below the poverty line, mothers have to sacrifice their own bodies. And now with Covid-19, these mothers often have non-communicable diseases making them more susceptible to being infected with the virus and dying from it.”

Ledger argues that the government’s strategy to address childhood malnutrition through educating mothers on proper nutrition for their children is “cruelty beyond words”. “The government focuses on teaching poor women how to feed their kids as if the only problem is ignorance. These women are not stupid, they know what to feed their children. Effectively the state is simply pointing out what they are doing wrong and giving them absolutely no material way to address it. The message is: This is how to feed children and if you do not do it like this then you are a bad mother. It is cruelty beyond words.”

According to Smith, the general public as well as government, are “so far removed from the reality of these women’s lives, they don’t understand what’s going on”. “Yet all of our statistics paint a horrendous picture that needs public attention but is not getting it,” she says.

“I wish the government would take the time to come see us, to see how we are living. We are not even struggling – we are not surviving at all. If they can just send these politicians to see how some of us are going hungry every day, maybe then they can understand. It’s not as if we are not trying. I have been looking for work for so long and there are just no jobs,” she says. “But we are used to it. We have settled into poverty. It is our blanket, our bed, we lie on it and there is nothing wrong with it anymore.” DM/MC