Covid-19 and the power of civil society: What we can learn from the HIV/AIDS epidemic 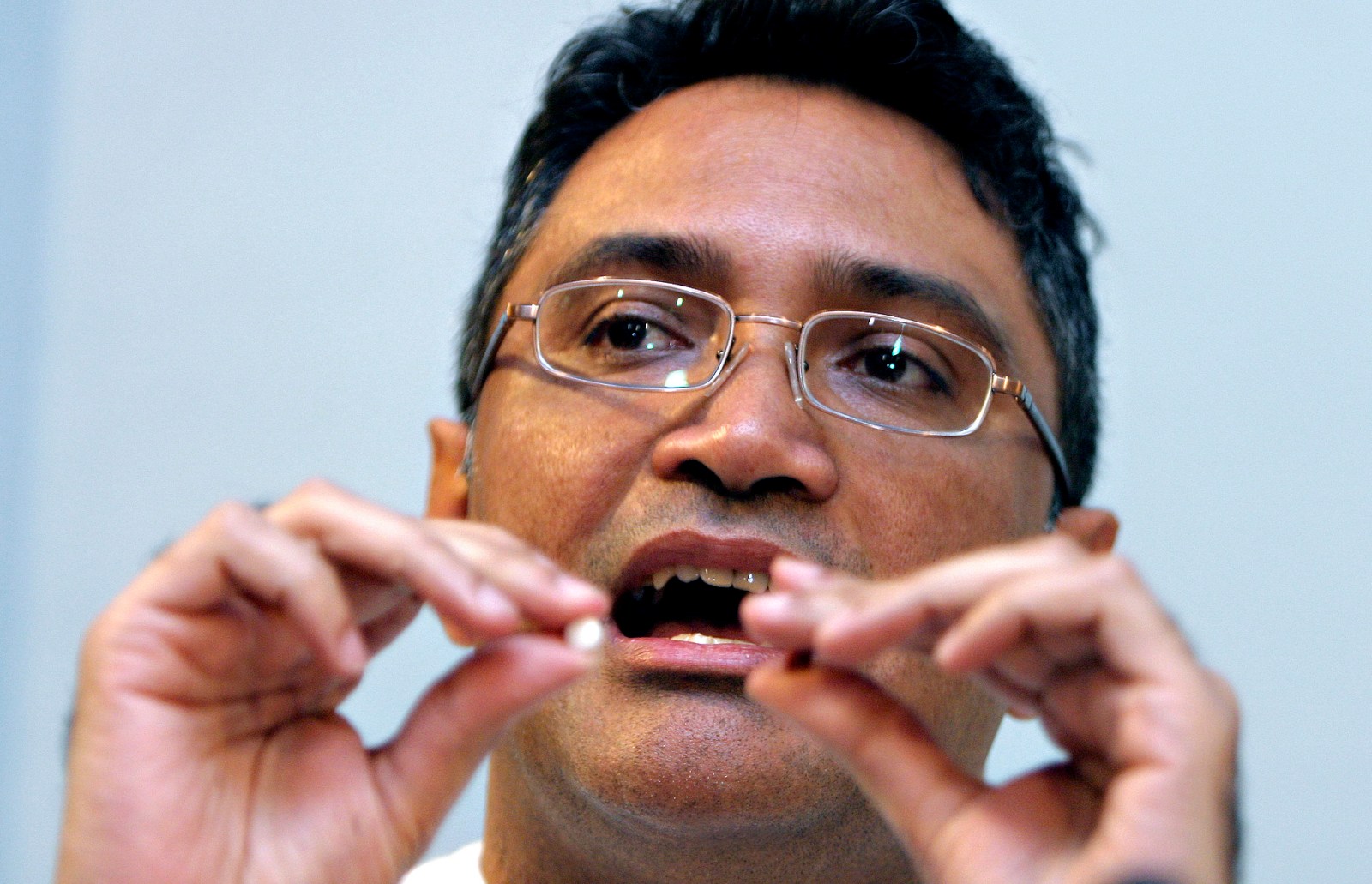 Zackie Achmat was honoured with the IAS President’s Award for his role in the founding of the Treatment Action Campaign in South Africa. (Photo: James Oatway / Gallo Images)

There are lessons to be learnt from those who have witnessed not one, but two epidemics: the HIV/AIDS epidemic and the most recent Covid-19 pandemic—but we must harness the power of society.

The International AIDS Society (IAS) and the Desmond Tutu Health Foundation welcomed members of civil society and the media to participate in their recent virtual conference where speakers and panellists reflected on HIV in the time of Covid-19.

The event, organised by the outgoing president of the IAS, Professor Linda-Gail Bekker, also saw Zackie Achmat honoured with the IAS President’s Award for his role in the founding of the Treatment Action Campaign (TAC) in South Africa.

Former Constitutional Court Justice Edward Cameron said that the award affirms that “Zackie is illustrious. He is morally directed by social activism in order to pursue justice and equality for all.

Kerry Cullinan, the health editor at openDemocracy, said that although the webinar was taking place at a difficult time and the entire world was held hostage by a new virus, this was not something new.

“We have been held hostage in the past by HIV. We need to look at the lessons that we learnt from the HIV era, which is not over, and see whether we can apply them to the Covid-19 era, particularly looking through the lens of communities, activism and human rights and trying to see what we can bring to address the current virus, which is talking to people who survived HIV.

“Some of the activists who [challenged] Mbeki and broke the HIV stigma have died from Covid-19. Nomandla Yako, along with Zackie Achmat, brought antiretrovirals (ARVs) illegally into South Africa from Brazil, risking imprisonment to help those who were desperate for treatment. Yako died on 28 June 2020 of renal failure related to Covid-19. She was 41 years old.

“She survived HIV, but she did not survive this [Covid-19],” said Cullinan.

Cameron said the fact that Yako “succumbed to this virus when she so spectacularly and bravely” survived the HIV virus was a poignant moment in South Africa’s struggle against Covid-19.

“Have we lost that lesson in the current [Covid-19] pandemic? Instead of redistributive interventions designed to alleviate social exclusion, inequality, dispossession and poverty, we have a grim security approach, which has clearly failed,” said Cameron.

Cameron said the greatest indicators of vulnerability to contagion from any dangerous virus or other organism were race and class:

“This was enacted monstrously in the AIDS epidemic, where two thirds of the world’s population with AIDS and HIV are black Africans, and most of them poor.”

Cameron explained that health-directed interventions alone were “doomed to fail” unless they were rooted in structural and environmental origins of vulnerability to disease.

Communities who bear the brunt of impoverishment and hunger have a heightened risk of contagion. According to Cameron, based on the insights that we have gained from the HIV/AIDS epidemic, the lesson is clear:

“Have we lost that lesson in the current [Covid-19] pandemic? Instead of redistributive interventions designed to alleviate social exclusion, inequality, dispossession and poverty, we have a grim security approach, which has clearly failed,” said Cameron.

Andrew Boulle, public health medicine specialist with the Western Cape Department of Health (which has been a centre of the Covid-19 epidemic in southern Africa) spoke about data gathered by the department:

“In the Western Cape, the Covid-19 pandemic was running ahead of the rest of the country and we saw a dramatic increase in mortality quite early on.

“As soon as community transmission took off, we could see that it is the poorer sub-districts, such as Khayelitsha and Klipfontein, that have borne the brunt of the burden.”

Nurse Nompumelelo Mantangana, who is on the ground in Khayelitsha, worked there during the HIV/AIDS epidemic.

Mantangana says that civil society during the HIV/AIDS epidemic was united and had strong leadership. She said when working with Doctors Without Borders and the TAC, civil society activists were out every day educating poorer communities on how to protect themselves against HIV and breaking the stigma.

But Mantangana says this is not the case with civil society today amid Covid-19:

“There was leadership when it comes to community activism in HIV; we were all afraid because HIV was taking our people in numbers, but now with Covid-19, there is no leadership from civil society.

The TAC sued the South African government to adopt treatments to prevent vertical HIV transmission and the pharmaceutical industry in the Competitions Court to make ARVs accessible.

“We need to go back as activists, we need to create awareness in our communities. That is the best way to flatten the curve.”

Reflecting on his work as an activist during the HIV/AIDS epidemic, TAC founder Zackie Achmat said what worried him today about civil society was that there had not been an “openness about people who had Covid-19. I know at least three people, activists, who have died and who did not disclose that they had the virus”.

Achmat likens this to the stigma attached to HIV/AIDS before activists and civil society worked tirelessly to educate people.

Bekker explained that the TAC armed themselves with strategic alliances, such as the late President Nelson Mandela, and with powerful tools: activism, knowledge and boldness.

“The TAC was armed with a mission and now South Africa has the largest antiretroviral treatment programme in the world,” says Bekker.

The TAC sued the South African government to adopt treatments to prevent vertical HIV transmission and the pharmaceutical industry in the Competitions Court to make ARVs accessible.

While reflecting on his role in the TAC, Achmat said the TAC “was founded on international Human Rights Day very consciously. If it had not been for working-class women, particularly black working-class women, TAC would not have become a force. That is who we must pay tribute to”.

Cameron said Achmat saw that those most affected by HIV were “poor, marginalised, and already stigmatised communities mostly in Africa. He saw that decisive activism and organised community unison had to be interjected into public management of the epidemic”.

“That is why Zackie confronted the drug companies — he faced them down, morally shaming them, forcing them to concede price reductions, parallel inputs, and generic manufacturing.”

“Right now, in the midst of this dark new epidemic of exclusion and dispossession, it is the most fitting thing we can do.”

However, the veteran activist is not done yet. Achmat is calling on activists to have a united front in the fight against Covid-19. DM/MC