Dam talks between Egypt, Ethiopia and Sudan end with no deal 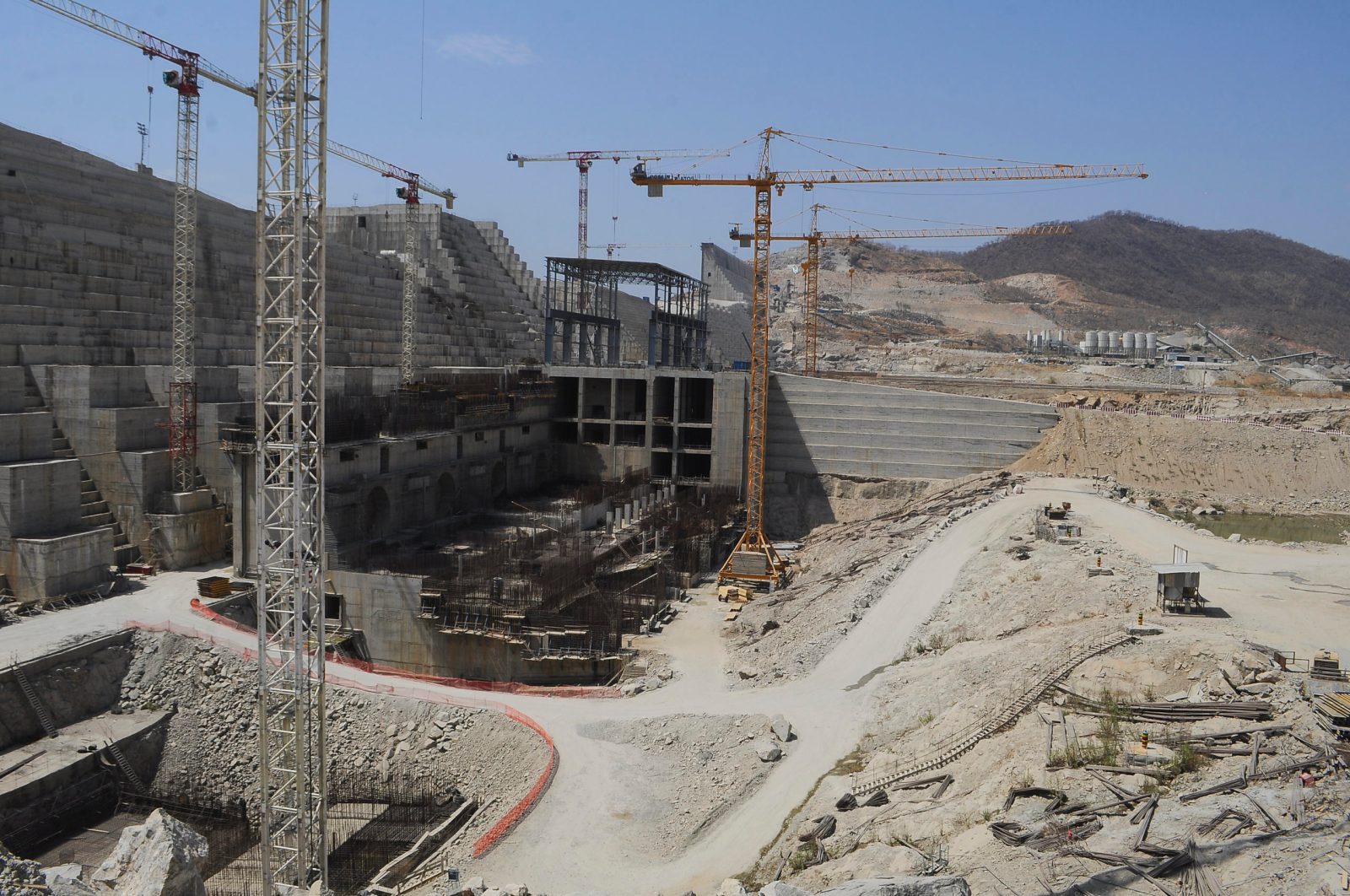 epa06660887 A general view shows construction work at Ethiopia's Grand Renaissance Dam along the River Nile in Benishangul Gumuz Region, Guba Woreda, Ethiopia, 02 April 2017 (issued 11 April 2018). Media reports on 06 April 2018 state talks among Egypt, Ethiopia and Sudan on Grand Renaissance Dam held at Sudan's capital Khartoum failed to reach an agreement. The recent talks are the latest of a series of negotiations aimed to resolve differences over dam's impact on River Nile's water resources since Ethiopia began its construction in 2011 near the Sundanese border. EPA-EFE/STR

The latest round of negotiations between Egypt, Sudan and Ethiopia over the latter's contentious dam on the Blue Nile has ended with no agreement, according to Egyptian and Sudanese officials.

“All of the efforts exerted to reach a solution didn’t come to any kind of result,” Egyptian Foreign Minister Sameh Shoukry said on Monday in an interview with Egypt’s DMC TV channel.

The failure sank modest hopes the three countries could resolve their differences and sign an agreement on the dam’s operation before Ethiopia begins to fill the Grand Ethiopian Renaissance Dam (GERD), set to be Africa’s largest.

Addis Ababa had previously pledged to start storing water in the dam’s vast reservoir at the start of the wet season in July, when rains flood the Blue Nile.

The bitter dispute pits Ethiopia’s desire to supply electricity to a significant portion of its population that lacks it and to become a major power exporter by selling its surplus, against downstream Egypt’s concern that the colossal dam will significantly curtail its water supply if filled too quickly.

Egypt, which is almost entirely dependent on the Nile for its fresh-water supplies, sees the project as a potentially existential threat. It is anxious to secure a legally binding deal that would guarantee minimum flows and a mechanism for resolving disputes before the dam starts operating.

For its part, Sudan stands to benefit from the project through access to cheap electricity and reduced flooding, but it has also raised fears over the dam’s operation, which could endanger its own smaller dams, depending on the amount of water discharged downstream daily.

Years of talks with a variety of mediators have failed to produce a solution, with the latest round – mediated by the African Union (AU) and observed by US and European officials – proving no different.

The three countries agreed they would send their reports to the AU president and reconvene in a week to determine next steps.

There was no immediate comment from Ethiopia on the talks.

Filling the GERD without a deal would sharply escalate tensions, with observers fearing it could push the countries to the brink of military conflict.

Shoukry warned that Egypt might be compelled to appeal again to the UN Security Council to intervene in the dispute, a prospect Ethiopia rejects, preferring that regional bodies such as the AU mediate.

“If there is something that threatens the regional security of Egypt and international security, it is the main responsibility of the Security Council to adopt procedures that will prevent this,” he said.

While the parties were “keen to find a solution”, technical and legal disagreements persist over the filling and operation of the dam, he said. Most important, he said, are the unresolved questions of how much water Ethiopia will release downstream if a multi-year drought occurs, and how the countries will resolve any future disputes.

Hisham Kahin, a member of Sudan’s legal committee in the dam negotiations, said 70-80 percent of negotiations turned on the thorny question of whether an agreement would be legally binding.

Ethiopia, he said, fears a binding agreement will hinder its future development projects. Sudan and Egypt consider it critical.

“All suggestions are under discussion,” said Kahin. “We have made very little progress.”