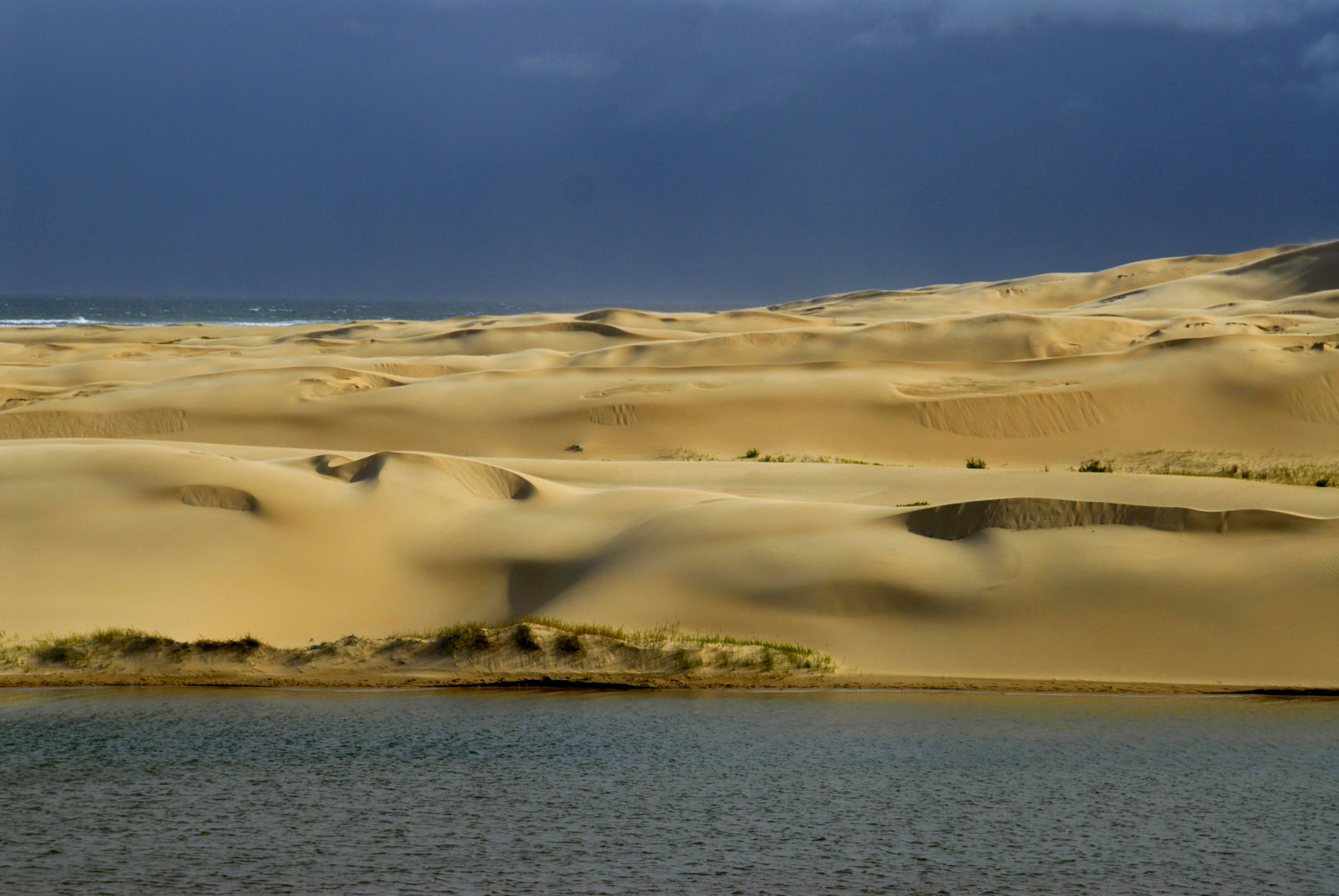 It was the complaint about a missing rod on the toilet-roll holder which sparked my memory.

Mrs X and her husband were holidaying on Inhaca Island in Mozambique and couldn’t find the rod. The chalet also didn’t have oven gloves or a tea pot or a mixing bowl – and the fridge was held closed with an elastic strap. Imagine! So they complained to a travel magazine about it.

Well, who can blame them? Life without a toilet-roll holder can be pretty awkward. I can remember digging a hole in the sand on the beach at Inhaca and …

But perhaps I’d better begin elsewhere. A friend and I arrived on Inhaca when the war was too far north to be of concern. We took one look at the fancy, over-priced hotel among the palms and headed south along the beach to find a more remote spot to pitch our tent. The beach was deserted – the hotel guests were probably all looking for their mixing bowls – and our scrap of blue canvas was soon flapping in a romantic little curve of pristine African seafront.

The locals were surprised when we spoke to them. It wasn’t only our bad Portuguese, it was also that in those days hotel guests pretended black locals didn’t exist and never asked them things like “where’s the nearest freshwater spring?” and “will you sell us some fish?” Which is a pity because these people had been on the island for perhaps hundreds of years and had everything there sussed out.

They showed us the spring – right near the beach – which bubbled up under a cool bush (and probably still does). They also sold us incredibly cheap dried sardines and an indescribably delicious coconut brittle they made. A little market in their village under a shaky thatched roof provided a few other offerings, some of which seemed dicey and possibly illegal, but nothing which killed. There were no oven gloves or toilet-roll holders, but there were cashew nuts in abundance.

I felt rather sorry for the cashew trees. A branch would give birth to a great fruit, which burst into a magnificent flower, which in turn produced a single little nut. Ever since, I have eaten cashews with restraint and great respect.

After about a month, we had, in an innocent sort of way, gone completely local. Mornings were spent snorkelling over the technicolour reefs, midday we’d swap stories with the villagers or just sit under a tree and watch time pass, and by mid afternoon, we’d begin hunter-gathering for supper. On the warm star-filled evenings with the sound of the breakers and the hiss of the wave-scrubbed sand, our bellies full of fire-cooked something or other, we’d snuggle down and, well… I wasn’t travelling with a business partner. There seemed little reason at all to ever leave; life was as perfect as it gets.

Which was a mistake: Nature abhors human idyll. If it didn’t, we’d all still be neanderthals. Without a radio, Hurricane Clara came as a complete surprise. One day, the skies were Gaugin blue, the next day, the clouds swatted our tent and sleeping bags right over the reef and into the bay. The sky turned late Turner and our goods just kept travelling west. We staggered back along the beach towards the hotel, contrite refugees from another age, just in time to see the screaming rim of the storm pass through the palms, steam-rolling them into the mud.

The receptionist seemed surprised that the island was otherwise inhabited – all the guests had fled a day earlier. She gave us a room for the night, having warned us that the cheaper cabins might blow away.

After a month on a wild beach, the room looked like something out of a Hollywood movie set: A bed! A bath! Toilet paper! And even a bidet! There were, I’m sure, also tea pots, a fridge with or without an elastic strap, a toilet-roll holder and possibly even oven gloves.

Somehow, the bidet attracted my partner’s attention. She switched it on and the stream hit the roof. So she decided to sit on it first, then open the taps; it seemed logical. But forethought should have warned that you have to get the temperature right first. What happened next should have been funny but, under the circumstances, left her badly shaken. I tried to calm her with the piped music, but somehow it sounded like tin scraping. After that, everything began to jar. As the storm raged outside, we sat miserably on the bed and bad-mouthed civilisation. It was illogical, of course, but there you are.

The next morning, after an uncomfortable night on a perfectly ordinary sponge mattress and a hearty breakfast which gave us indigestion, we fled. The waves were still metres high and the fishermen shook their heads, but we boarded the boat of the slightly-tipsy ferryman anyway and corkscrewed hideously towards the mainland.

At a certain point, my partner, who wasn’t good on boats, started looking a little wild-eyed and green. Fortunately, I’d anticipated this and dug into my pack, emerging with a toilet roll I’d swiped from the hotel. Out of it dropped the rod of the toilet-roll holder which had somehow stayed inside.

The time gap is too great for me to have been the cause of Mrs X’s pique, but I do understand how toilet holder rods can go missing. It probably has to do with the wrong sort of people. DM/ML