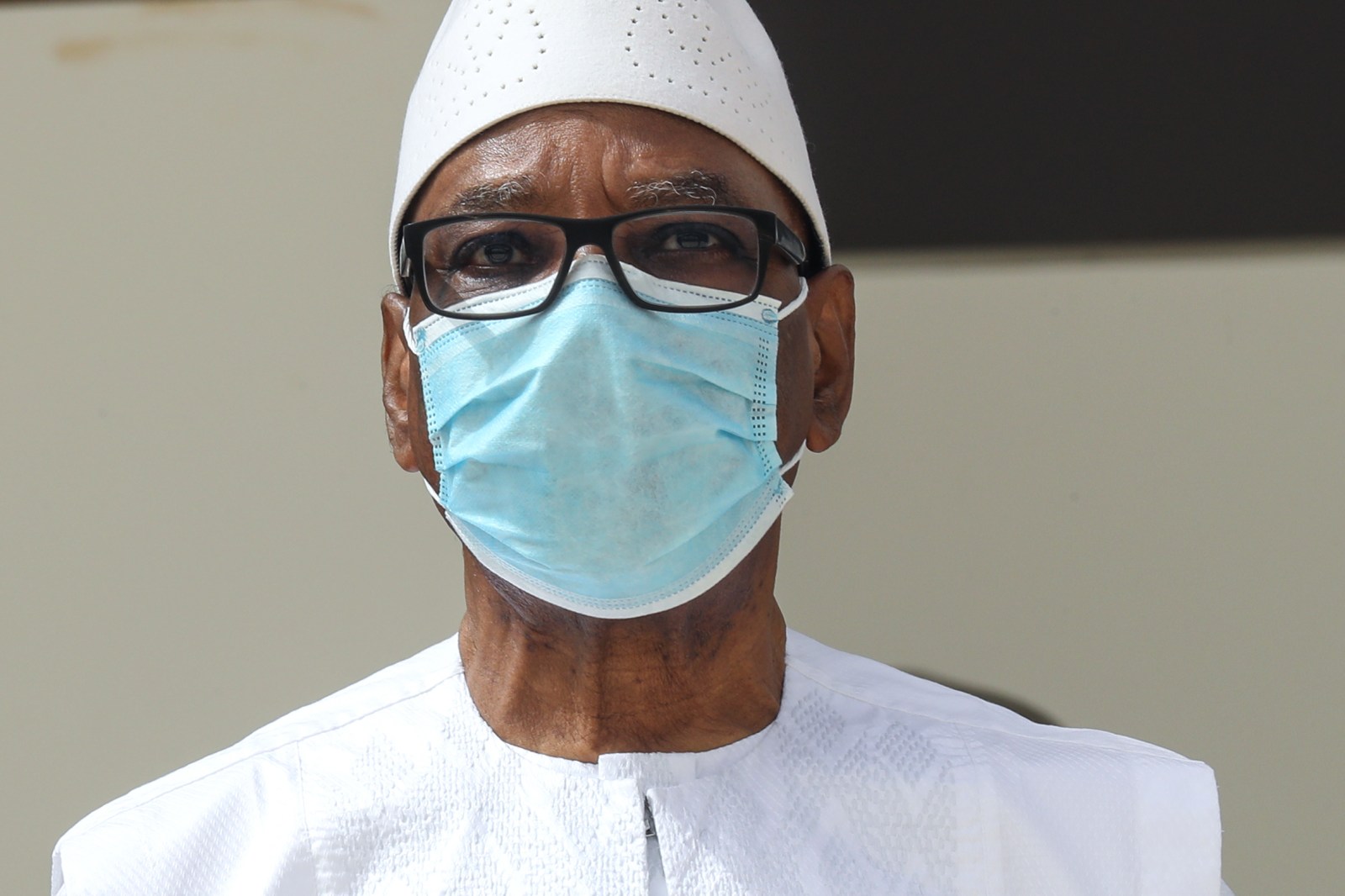 epa08518547 Malian President Ibrahim Boubacar Keita wears a face mask during the G5 Sahel Summit in Nouakchott, Mauritania, 30 June 2020. The leaders of the G5 Sahel West African countries and their ally France are meeting to confer over their troubled efforts to stem a jihadist offensive unfolding in the region, six months after rebooting their campaign in Pau, southwestern France. EPA-EFE/LUDOVIC MARIN / POOL MAXPPP OUT

BAMAKO, July 13 (Reuters) - The United Nations and the European Union have condemned the Malian government's use of lethal force during protests calling for President Ibrahim Boubacar Keita to resign, and urged it to release detained opposition leaders.

On Friday the latest and third mass demonstration held since protests began in early June turned violent, with police firing gunshots toward demonstrators, some of whom had occupied state buildings in Bamako.

Protesters have been calling for Keita to step down over his failure to quash violence by jihadist groups and ethnic militias, and over disputed results of legislative elections in March.

The government acknowledged four people were killed on Friday. The opposition says the policed killed at least eight more during smaller protests on Saturday. Several leaders of the M5-RFP, the coalition leading the protests, were also arrested.

In a statement late on Sunday night, the U.N. mission in Mali, the African Union, West African regional bloc ECOWAS and the European Union criticised vandalism by protesters but reserved their sharpest criticism for the authorities.

International and regional powers fear political turmoil in Mali could undermine their military campaigns against Islamist insurgents in West Africa’s Sahel region. The United Nations has over 13,000 peacekeeping soldiers in Mali.

The organisations “condemn the use of lethal force in the context of maintaining public order and invite all stakeholders to exercise restraint”, the statement said.

It added that M5-RFP leaders arrested over the weekend should be released “to create the conditions for political dialogue”.

The M5-RFP, a coalition of religious, political and civil society leaders, has repeatedly rejected concessions offered by Keita as insufficient, including his offer on Saturday to dissolve the Constitutional Court as the M5-RFP has demanded.

The most prominent M5-RFP leader, Muslim cleric Mahmoud Dicko, urged his supporters on Sunday to stay calm. “We can really find and obtain everything we want through patience and good behaviour,” he told French radio. (Reporting by Tiemoko Diallo; Writing by Aaron Ross Editing by Raissa Kasolowsky)