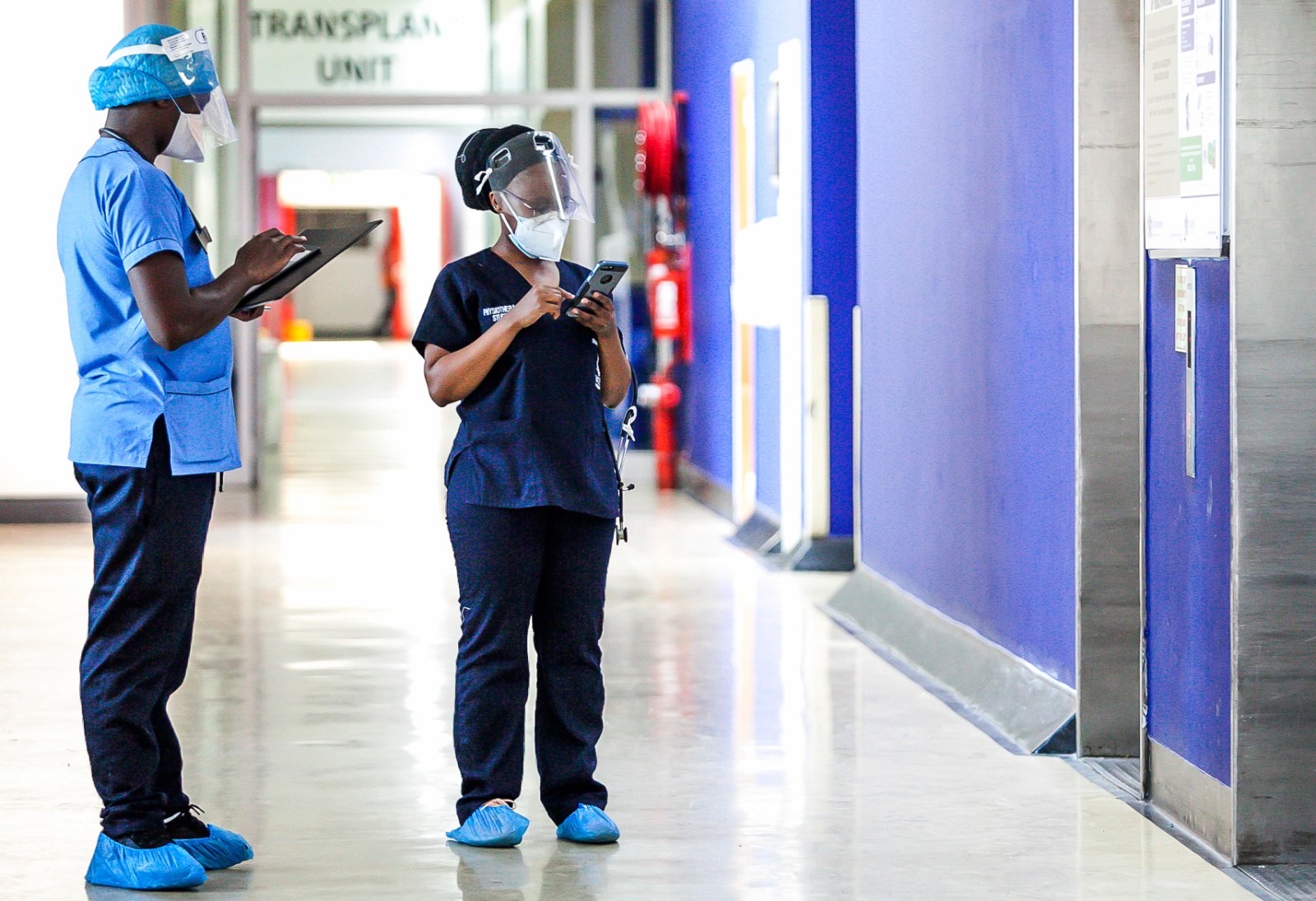 By Saturday 11 July, Gauteng had a reported 93,044 Covid-19 positive cases and 580 deaths, prompting questions about the province’s readiness to respond to the pandemic.

“We all expected the peak to hit in June, escalate in July and start to level out in August. The disease is behaving as expected,” said Mdladla as he responded to Heywood’s question about why there is such a surge in numbers in Gauteng, rendering it the epicentre.

He explained that the previous surge in Cape Town was because the city is always two weeks ahead of the rest of the country when it comes to flu season, thus making it a “predictable picture”.

Mdladla added that another factor contributing to the rise in numbers was that Gautengers had not been adhering to the regulations and he predicted a further surge in numbers in the coming week.

Nel said Gauteng hospitals were only just managing and he was worried about where they would find themselves in August because of the shortage of beds and oxygen. He said that Gauteng has a bed count of 30,000 and would need to increase this to between 65,000 and 80,000 if it were to be able to meet the impending demand.

“This is for all conditions, not just Covid-19, so this is going to be a major issue,” said Nel.

“We are hearing a lot about the importance of oxygen and High Flow Nasal Oxygen (HFNO), can you explain?” Heywood asked the doctors.

Nel replied that because Covid-19 is mostly a respiratory disease the provision of oxygen was vital. He said, however, that 75% of Covid-19 patients in hospitals need just the regular oxygen face masks and not the HFNO.

Nel cautioned that at its peak, the oxygen requirements nationally would exceed anything the country had seen before. He did, however, concede that he thought that national and provincial health departments understand this and were putting in the necessary work.

The important questions he felt needed to be answered were logistics-focused, like: “Are there enough trucks to deliver at peak? Are there enough cylinders in a hospital? Will the cylinder ports in hospitals be able to sustain the rate at which oxygen will be required?”

Mdladla said testing was an issue that had been identified from the beginning. He said delays in receiving test results were a huge problem because patients were dying while awaiting results. He said the first thing to get right is putting into place contracts for outside testing “as soon as tomorrow”, then negotiating with private hospitals for Intensive Care Unit beds.

A key point highlighted by Mdladla was that most district hospitals have not been capacitated to respond to the virus. So they ended up referring patients to bigger hospitals, which led to their capacity being strained.

“The vast majority of people don’t require tertiary hospital care, they can get care in district hospitals,” said Nel.

Mdladla said he was concerned about the use of field hospitals and didn’t think they were particularly useful for treating patients, suggesting that they rather be repurposed and used as isolating centres for those who can’t self-isolate.

Both doctors said they would not support a lockdown because of its long-term effects. Mdladla said that he would rather see mitigating measures against the number of emergency room admissions to free these up for Covid-19 patients.

Nel said lockdown is not likely to achieve much at this point, but there are plenty of other things people need to do, like wearing masks, washing their hands, and avoiding big congregations.

Nel said that not adhering to social distancing and going from a proximity of two to 20 people increased the risk of infection by 100%. He said even if you are young and healthy, you can still spread the virus to someone who is not young or healthy, which is why the precautions were so important.

Mdladla said we need to reverse the messaging about Covid-19, which initially was about fear, and turn it to be more about the spread of information. He said that people needed to be equipped with knowledge of the seriousness of the virus but also that it is manageable if people follow the right methods.

Mdladla said the first point of call when he arrived at the hospital every day was about deconstructing the fear of the disease with staff for them to feel comfortable about working in the space. He said the media perpetuates fear and that painting a “true picture will aid in saving lives”.

When it came to the numbers being reported, he said: “The obsession with numbers is something we shouldn’t have had from the beginning because we knew it was going to come.”

The doctors said that South Africa has fewer people over the age of 65 years than most other countries, but that many people in the country have comorbidities that make them more vulnerable to Covid-19, which is why our statistics were different than other countries’.

Nel said “some people only learn of their comorbidities when they are infected with Covid-19”.

Both doctors agreed that medical staff have enough PPE supplies.

They said that Gauteng needed to ensure that there are enough beds over the next month as there would be a dramatic surge in cases. DM/MC