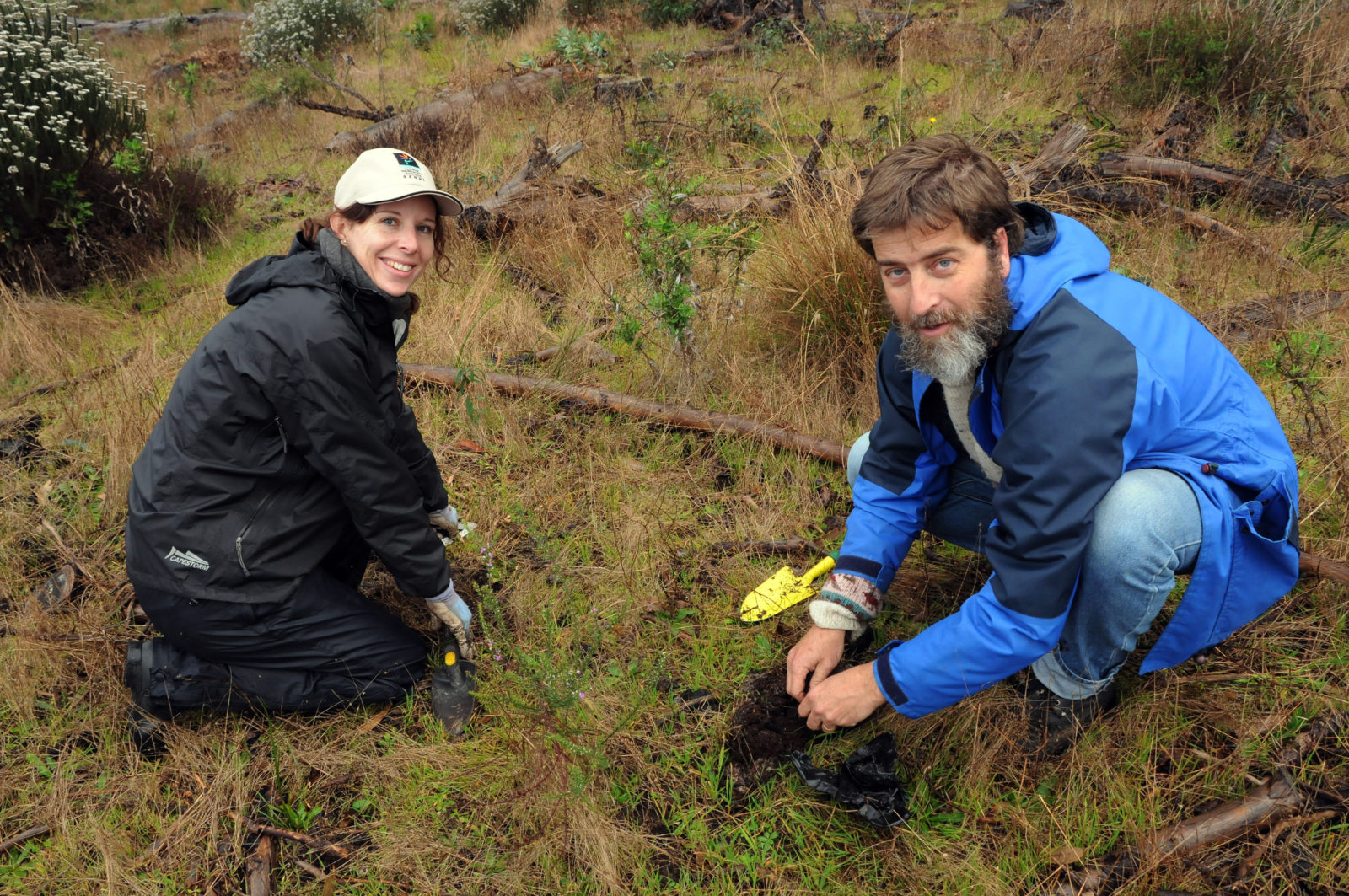 The international flora conservation community is mourning the loss of botanist, horticulturist and plant restoration specialist Anthony Hitchcock – widely acclaimed as one of the true fynbos fynmense.

This phrase derives from clever Afrikaans word-play to describe those “fine people” who help protect South Africa’s rich biodiversity while also making it work for the economic benefit of communities.

The 60-year-old Hitchcock, who was the Nursery, Living Collections and Threatened Species Manager at Kirstenbosch National Botanical Garden before taking early retirement in 2019, died on Tuesday 7 July of Covid-19 complications that he contracted while in isolation in a Cape Town hospital receiving chemotherapy and a bone marrow transplant.

A “plantsman” with a very intimate connection with the Earth, Hitchcock spent his professional life steeped in the soil, collecting, growing and rescuing plants and having a special affinity for the restoration of threatened fynbos – particularly plants in the Erica genus with its 840 species. But he was just as happy burrowing deep underground when, particularly in his youth, he’d spent much of his leisure time pursuing his love of exploring and documenting cave systems, including all the known caves in the Table Mountain system.

Hitchcock grew up in Kalk Bay where he was introduced by his father at an early age to the local mountainside with its rich fynbos vegetation and many caves.

After achieving a BA in ancient history (his degree included one year of botany in his first year), he studied horticulture at the then Cape Technikon before joining Kirstenbosch, now one of the suite of national botanical gardens falling under the auspices of the SA National Biodiversity Institute (SANBI). Here, during a 33-year career, he championed the garden’s programmes that included search-and-rescue of threatened plants; using the gardens as a tool for restoration ecology; developing the “garden of extinction”; maintaining the Erica collection, and managing other living plant collections such as cycads and pelargoniums, among many others.

Hitchcock’s deep passion for plants and his willingness to share his knowledge, allied with a gentle and humble demeanour and a well-developed cheeky sense of humour, endeared him to his SANBI colleagues who found him a patient, loyal, creative and inspirational mentor.

One of them was Dr Carly Cowell, now Senior CITES Policy Adviser based at the Royal Botanic Gardens Kew in London. “He was passionate and willing to fight for his beliefs for plant conservation,” she says. “No matter who you were or what your background, if you showed an interest in plants and conservation, Anthony would take you under his wing and share all he had with you, usually learning himself along the way. It was such a pleasure to work with him… He’s left a very deep hole.”

Despite serious health issues, Hitchcock was delighted to join Cape Town environmental education and indigenous greening non-profit group FynbosLIFE as a director in February in 2020.

“I feel strongly the need to continue contributing to conservation and this is a wonderful opportunity to do so. Conservation is my great passion and I feel a great void after having to retire early from SANBI because of politically motivated circumstances and decisions,” he told FynbosLIFE managing director Dr Caitlin von Witt, who calls him “my fynbos hero”.

Here, in what’s acknowledged as one of the “hottest biological hotspots” on Earth for conserving threatened biodiversity, among the several plant species being restored is the magnificent Erica verticillata, or whorled heath. It’s for his pivotal role and determined detective work in saving this lovely indigenous species that Hitchcock will be particularly remembered.

Growing only in Cape Flats Sand Fynbos, E. verticillata‘s beauty and popularity as a cut flower combined with habitat destruction led to its demise. It was last collected for a herbarium in 1908 and by 1950 was considered extinct in the wild. But, over two decades starting in the mid-1980s, Hitchcock and others managed to track down and obtain cuttings of this lovely erica from eight different locations all over the world, including collections in the Scilly Isles, Britain (including Kew gardens) and California. One “lost” mature plant was rediscovered in Kirstenbosch itself by then head foreman Adonis Adonis in 1990.

Arguably the most interesting discovery was of surviving E. verticillata in the Belvedere Palace Garden in Vienna, Austria. These plants were descended from late 18th century cuttings collected in the Cape Colony and sent to Europe by sailing ship somewhere between 1786 and 1799 for Emperor Joseph II of Austria’s botanical collection. Here they miraculously survived the Napoleonic Wars, the Franco-Prussian War and two World Wars that included devastating bombing of the Garden.

These rediscoveries sparked intense interest among conservationists who wanted to re-establish the species in its natural habitat, but only three suitable areas remained: Rondevlei nature reserve, Tokai Park, and the centre of Kenilworth Race Course.

At Rondevlei, Hitchcock collaborated closely with then manager Dalton Gibbs in pioneering restoration work. He had been “ecstatic” when, in 2001, the E. verticillata cuttings from the Belvedere Palace Gardens arrived, recalls Gibbs.

“There was a huge amount of red tape that he’d cut through to bring them back home. I remember the day that he gave me some of these precious plants that he’d worked so hard to get hold of – he definitely had a twinkle in his eyes!”

Plants were successfully cultivated at Rondevlei, but the crucial test came in 2013 when a controlled burn was deliberately put through the now fully mature stand as part of the regrowth strategy for this fire-dependent species. This intervention also proved successful, and two years later Gibbs could show Hitchcock 21 new E. verticillata seedlings: small, green and full of promise – the first natural generation in the wild for perhaps a century.

“I remember him stooping down in the field to touch these plants as if the holy grail had appeared in the ashes of the fire that had swept through the area. He was one of the few people who appreciated that the value of living things outweighs all the things that clutter our modern lives. We really have lost a great conservator,” Gibbs says.

There was similar success with re-establishing the species at Tokai, starting in 2004, and at Kenilworth, from 2005.

Rebelo says the hope is that Hitchcock’s work and legacy will continue to be an inspiration for other lovers of plants and conservation generally. “His passing is a huge loss for the restoration community. He was a huge champion of fynbos conservation and restoration, a wonderful man of great humility,” says Rebelo. And the now well-established stands of beautiful E. verticillata at Tokai and elsewhere will form a living memorial to Hitchcock, he believes.

“His legacy lies not only in these wonderful things that many remember him for thankfully, but also in his life’s work as an internationally respected world expert and leader in the field of restoration and conservation of South Africa’s severely threatened fynbos.”

Hitchcock leaves his beloved wife Wendy, an environmental educator with a particular focus on fynbos, and adult children Jessica and Douglas. DM