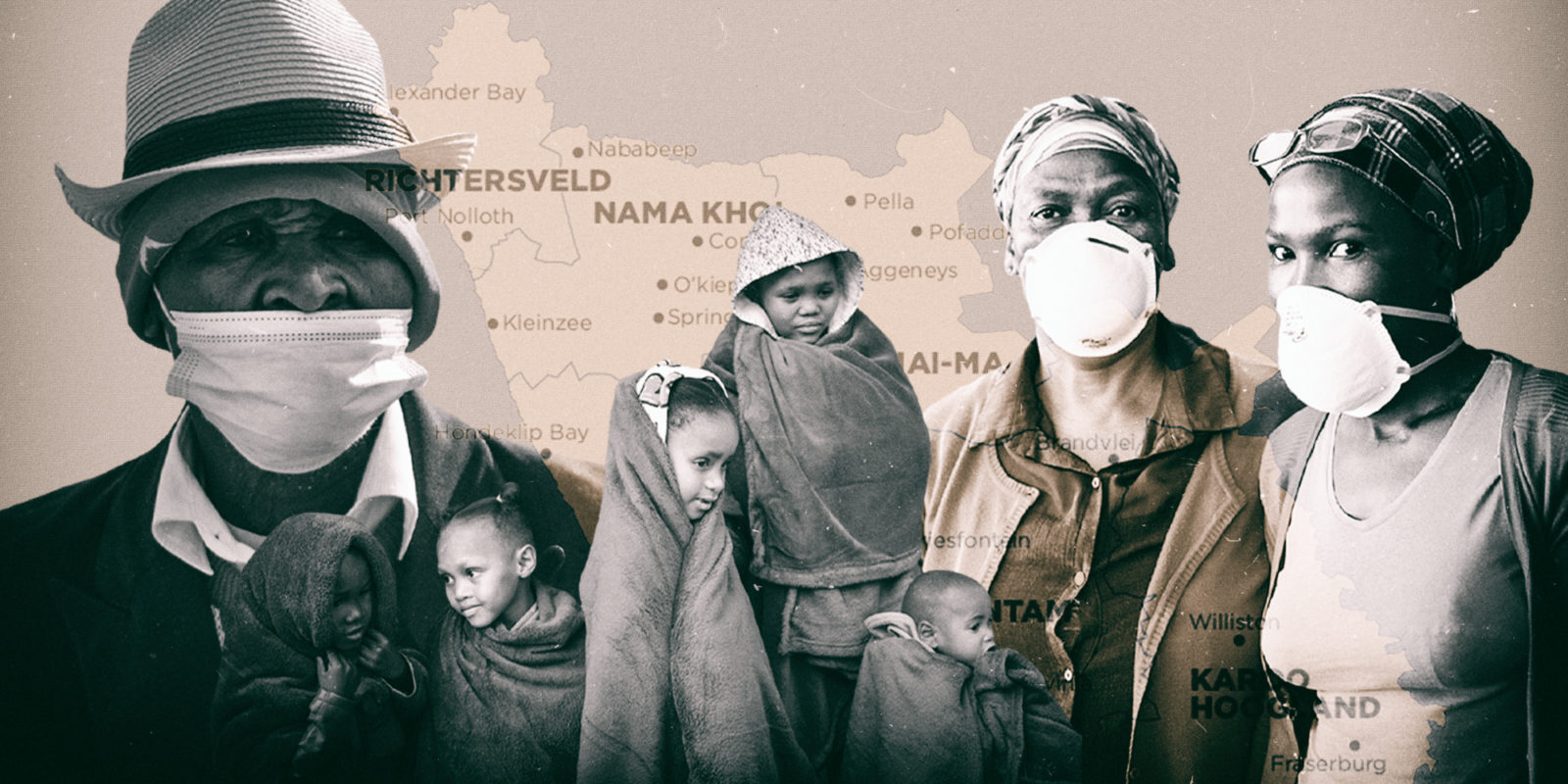 The little town of Loeriesfontein in Namaqualand, part of the western Karoo, is desperately poor and even before the Covid-19 pandemic, social grants made up close to half the town’s household income. The Covid-19 ‘social relief of distress’ grant has made a major difference in Loeriesfontein.

The devastating impact of the Covid-19 pandemic and associated lockdown on household incomes in South Africa has been widely reported. So too have concerns about the effectiveness of the state’s cross-sectoral response, along with debates on the importance of its temporary adjustments to the grant payments administered by the South African Social Security Agency (Sassa).

The latter includes an additional payment of R500 per month between June and October 2020 to each caregiver receiving one or more child support (CSG), foster child and care dependency grants; a top-up of R250 per month from May to October to all “older persons”, disability and war veteran grants, and a special Covid-19 “social relief of distress” grant of R350 a month from May to October 2020 for unemployed individuals not receiving other forms of social assistance. In addition, the criteria for access to the Unemployment Insurance Fund (UIF) have been broadened to include various previously excluded categories of employed people.

Much reporting has used national data to assess the impact on household poverty. In this Op-Ed, we present findings on the significant difference these cash transfers are making to household income in one small Karoo town, Loeriesfontein, where poverty and unemployment levels are extremely high, even by South African standards. Here, before the outbreak of the Covid-19 pandemic, almost 60% of households had a per capita income at or below South Africa’s current “upper-bound” poverty line (R1,227 per month); some 50% of the economically active population was unemployed; almost two thirds of households were recipients of at least one Sassa grant and in close to 50% of households, these grants were the main source of income. (These findings were derived from a socioeconomic survey of a representative sample of 201 households that we conducted in the town in July 2019; the full report is available here).

Building on this data, our calculations show that in a context of not simply severe poverty, but widespread and chronic unemployment, the injection of the additional grant money from just the CSG and other established grants lifts 27% of households, currently falling below the official upper poverty line, above that threshold. Almost perversely, from a strictly income perspective, a significant proportion of Loeriesfontein households could be considered financially better off during the Covid-19 pandemic than they were before and will be after the pandemic is over, and the grant top-ups removed.

Most South Africans would probably struggle to locate Loeriesfontein on a map. It lies some 90km north of the town of Calvinia, its local municipality headquarters, in the western Karoo. Established in the late 19th century on land that was originally a colonial grant to pastoralists of “mixed-race” descent, today, the town has a population in the region of 3,000. Almost all its residents are Afrikaans-speaking and self-identify as bruin mense (“brown people”); white residents, while dominating the tiny business sector along the town’s main street, constitute a negligible proportion of the population (3%).

Like much of the Northern Cape, this part of the country has been in the grip of a severe drought in recent years. Sheep farming is an important economic sector, but this is not a highly productive farming area. For a few years after 2013, the construction of two wind farms in the district brought a flurry of economic activity to Loeriesfontein, but that boost to local employment was short-lived. 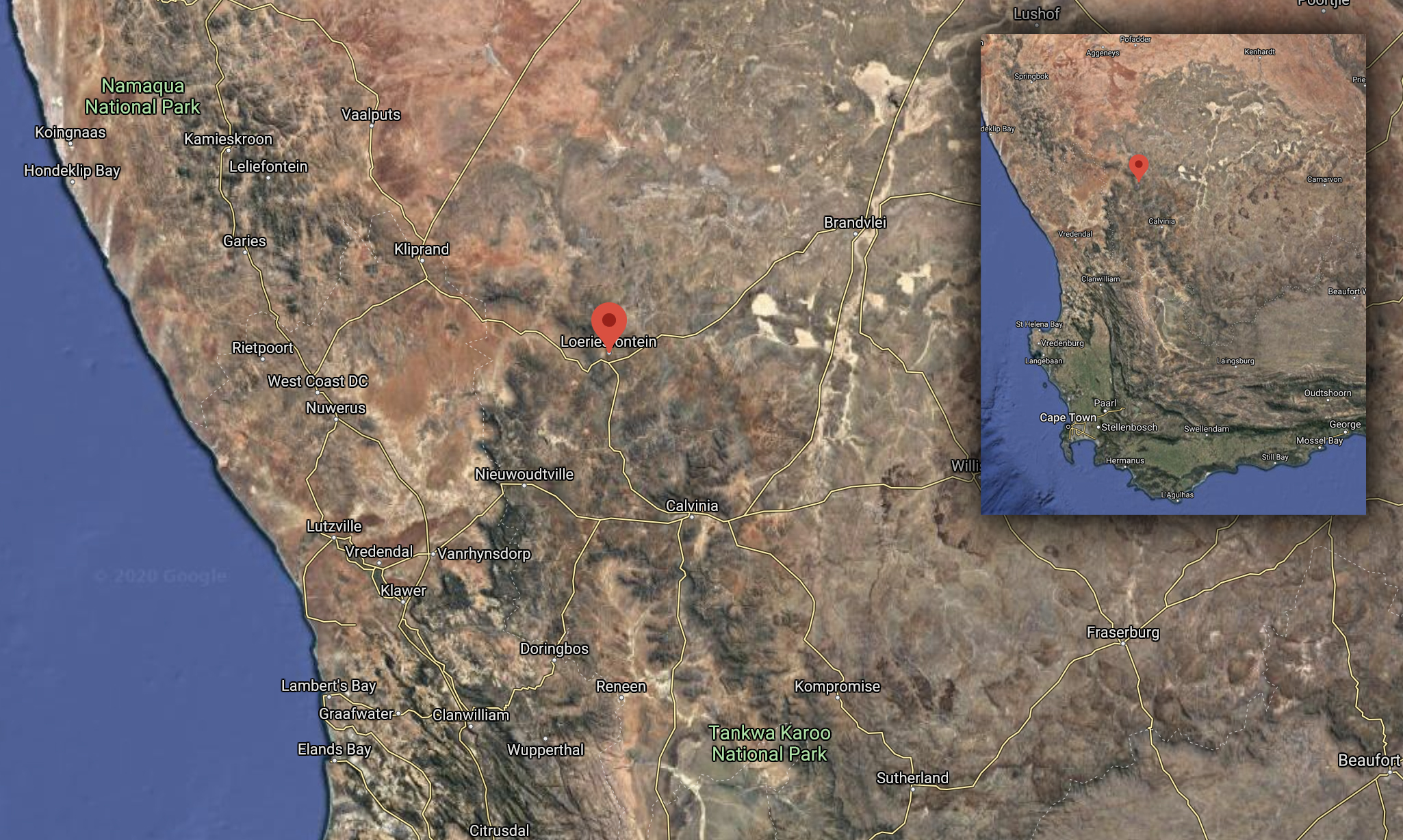 The spatial geography of the town reflects the painful legacy of segregation and apartheid policies over the course of the 20th century. Today, 90% of residents live in low-income neighbourhoods that were established as “coloured townships” under apartheid and RDP housing projects since 1994; these areas are physically separated from the town centre (the “Bo-Dorp”) by a wide, dry watercourse.

Households are relatively small, three-quarters of them having four or fewer members – the state’s investment in RDP housing has made it easier for young people to start their own households apart from older family members.

Our respondents indicated general satisfaction with the level of service delivery in the town, with almost all households having access to (prepaid) electricity and piped water (either in their house or on their plot). They identified social cohesion among residents, the safety and tranquillity of the town, its annual show of spring flowers and service delivery by the municipality as positive aspects of their town. Alcohol and drug abuse, as well as the absence of tarred roads, were widely regarded as negative features.

Educational levels are low – only a quarter of residents aged 20 or older have completed matric or have a post-school qualification. While school attendance for 6- to 15-year-olds is reportedly good, the school dropout rate among older teenagers is high (as is the case in other Karoo towns).

Like the rest of South Africa, the town has a youthful profile with approximately one-third of the population under the age of 18. Its demographic profile also reveals a noticeable reduction in the proportion of people in the 30 – 49 age brackets, compared to younger and older age cohorts. This signals that many people in this age bracket have moved away from the town, in many cases to work or search for work. However, there is evidence of an uptick in migration into the area since 2011, likely driven in part by former residents returning home in the hope of finding work during the mini construction boom associated with the wind farms.

… our results show clearly the significant impact relatively small cash transfers can have on household income in contexts such as Loeriesfontein. They not only confirm the depth of poverty in the town but, more positively, albeit still shockingly, also demonstrate the boost the meagre amounts involved in the Covid-19 grant top-ups make towards meeting basic needs in the town.

Despite the small boost associated with this renewable energy project, the local economy is heavily dependent on state transfers. The town has a tiny middle class, comprising mainly government officials, local business owners and a small number of retired farmer households. The unemployment rate is higher than the already exceptionally high rate for South Africa as a whole. Among non-school-going people aged between 15 – 59, it is 51%, while 60% of young people between the ages of 20 – 29 are unemployed. Furthermore, most of those with jobs are underemployed and working in unskilled, low-wage occupations as general, domestic and farmworkers. The state’s Community Work Programme (CWP) employs 12% of all working people. Approximately half the working population earns less than R2,500 a month.

Not surprisingly, poverty levels are desperately high, with 50% of households having a monthly income below R3,000 in 2019. The per capita income of almost one quarter of all households is on or below the official “food” (or extreme) poverty line of R561 per person per month, while 59% of all households fall below the upper-bound poverty line of R1,227 per person per month. (For comparison, in 2015, the equivalent figure was 49% in South Africa overall and 54% in the Northern Cape.) Sassa grants are the main source of income in 46% of households, with the child support grant the most common grant, followed by the older person’s grant.

The impact of Covid-19 Sassa grants on household income

In gauging the impact of the state’s Covid-19 social assistance grants, we worked with two scenarios.

Scenario 1 assumes the payment of the top-ups to Sassa grants, but excludes payment of both the “distress” grant and all UIF payments. The reason for excluding these payments is that in a small and isolated town like Loeriesfontein, the take-up of these opportunities can be expected to be particularly low. The vast majority of low-income workers are unlikely to be registered for UIF and will struggle to navigate the bureaucracy associated with these payments.

Scenario 1 also assumes that during Levels 5 and 4 of the national lockdown, certain categories of workers would have received no wage income, including general, domestic, construction and informal sector workers as well as small business owners.

Scenario 2 works with the same assumptions with regard to the various categories of grants, but assumes that 50% of the income that certain categories of workers lost during Levels 5 and 4 of the national lockdown would be regained in June 2020 (under Level 3 of the lockdown).

Applying these two scenarios to our 2019 survey data, we obtained the following results:

The position of households with no or very limited access to social grants and a correspondingly greater dependence on waged work for survival does, however, worsen. Overall the proportion of households in Loeriesfontein located above the poverty line declines from 41% to 38%. The situation would, however, have been far worse without the increase in state grants.

The exercise described above looks simply at the contribution of the Covid-19 top-up grants to aggregated household incomes. It does not take into account how households manage individual income streams and household expenditure.

Nevertheless, our results show clearly the significant impact relatively small cash transfers can have on household income in contexts such as Loeriesfontein. They not only confirm the depth of poverty in the town but, more positively, albeit still shockingly, also demonstrate the boost the meagre amounts involved in the Covid-19 grant top-ups make towards meeting basic needs in the town.

This is not to minimise the severe consequences of the pandemic on health, education and the economy more broadly, nor to discount the many negative effects of the lockdown on individual and household wellbeing (such as increased gender-based violence or the loss of school meals for children). Nor is it to suggest that the institution of a universal basic income grant would eradicate poverty in this community or see the many social challenges residents face melting away.

However, at a time when we are grappling with how to build a more resilient and equitable society, our findings provide further evidence of the contribution that an underlying safety net for all South Africans can make towards improving household access to basic resources and crafting more sustainable development trajectories for towns such as Loeriesfontein. DM

Acknowledgements: The research was supported by the South African Research Chairs Initiative of the Department of Science and Innovation and National Research Foundation of South Africa (Grant No 98765).

Jan Vorster is a Senior Lecturer in the Department of Sociology and Social Anthropology at Stellenbosch.

Professor Cherryl Walker is DSI/NRF SARChI Chair in the Sociology of Land, Environment & Sustainable Development in the Dept of Sociology and Social Anthropology, Stellenbosch University.