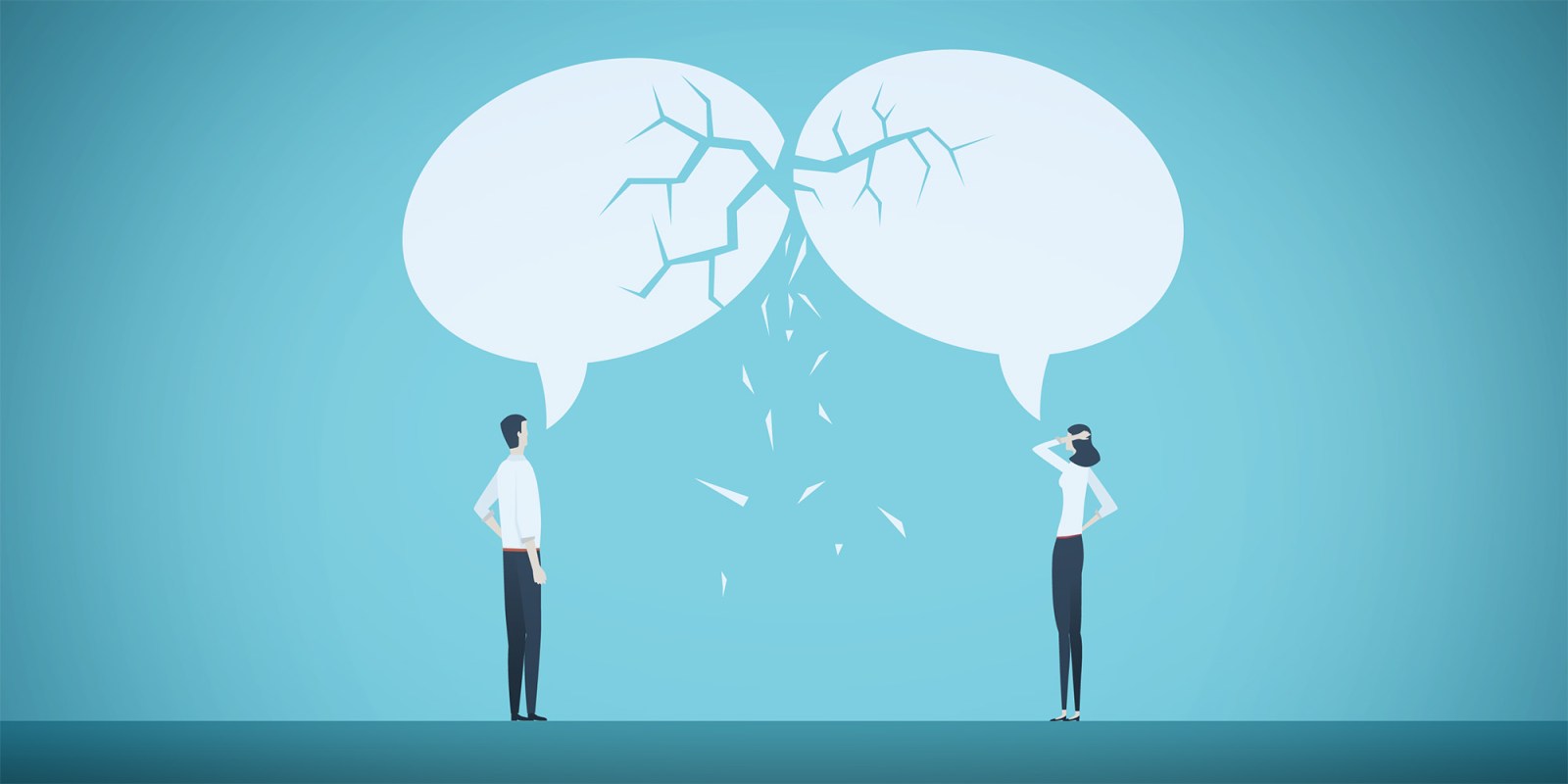 Common ground between the ANC and B4SA is that both their policy documents put a major focus on the need for infrastructure development. (Image: Adobestock)

On Friday 10 July, the ANC and Business for SA (B4SA) released policy documents outlining blueprints for an economic recovery. While finding common ground on a couple of points, they are still depressingly far apart.

Once upon a time, a long long time ago, philosophy was one of the core subjects of education, and the starting point of philosophy was the study of logic. For all its grand pronouncements and glimpses of new thinking, the ANC’s latest economic policy document could do with a dose of that, because it has at its heart a logical fallacy known as circular reasoning.

You would think that a government that has been so spectacularly unsuccessful at achieving meaningful economic growth and generating jobs for longer than a decade would start with the most pertinent question: where did we go wrong? Instead, the ANC’s new document Reconstruction, Growth and Transformation: Building a New, Inclusive Economy proceeds from the point of view of goals and aims, like so many other documents before it.

Frameworks vie with co-ordination and planning and new infrastructure. And at the dead centre of all this is the mighty, infallible, indefatigable, all-knowing state.

“The State, through its various spheres and organs, should at all times function as a unit. It is through proper co-ordination and collaboration that service delivery will be improved and our people will begin to have better access to social and economic opportunities and choices,” the document says

Hence, the ANC starts at exactly the place it wants to end up: with the centrality of the state. Which is partly why it reads so much like every ANC policy document before it. It’s part undergraduate history seminar, part revisionist history (the ANC is building on its glorious past), part political muscle-flexing (we’re in charge and don’t forget it), with a lot of repetition of the same stuff we have heard for decades now.

But in terms of policy, it is a confusing muddle, which pretty much sums up the ANC’s record on the issue.

Just to take one example: if you want to woo foreign investors it’s probably best not to use Leninist or Gramscian terminology. Such concepts are fine in, say, a third-year history essay or seminar. Using them in a policy document presumably aimed at least in part at investors simply underscores the scale of your tone-deafness.

The document’s title is a bit of a giveaway – “Economic Reconstruction, Growth and Transformation” – buzz words one and all. The document points to past documents with similar names – such as the Reconstruction and Development Programme (RDP),  noting “the ANC proceeds from the premise that there are many policy documents that capture the approach of government on the issue of economic growth and social inclusion”. Notably absent is a large document on economic reform that Treasury put out in August last year.

Looking ahead to the medium term, the document pointedly asks “What is to be Done?” That’s the title of a 1902 work of theory by Vladimir Lenin. (You can download it here.) So, it’s a dog whistle of sorts and not one meant for fund managers deciding where to deploy their clients’ capital.

The document also includes this zinger of a subheading: “The Developmental State and the Value of its Hegemony”. Again, remember, this is a document that was presumably written partly with an investor audience in mind.

Why is “hegemony” important here?

“In our case, as a movement, we draw our hegemony from the clarity of our policies, popular support, a legitimate electoral mandate and thus control of State Power,” the document states.

So, in case you had not noticed, the ANC is in charge.

But “the clarity of our policies?” That’s certainly news to the business community. A much longer, more detailed document by B4SA – an umbrella group that represents much of South Africa’s business landscape – puts “policy consistency” at the top of its list of nine priorities that it says require urgent attention. And if policy consistency has been absent, then chances are your policies also lack clarity. 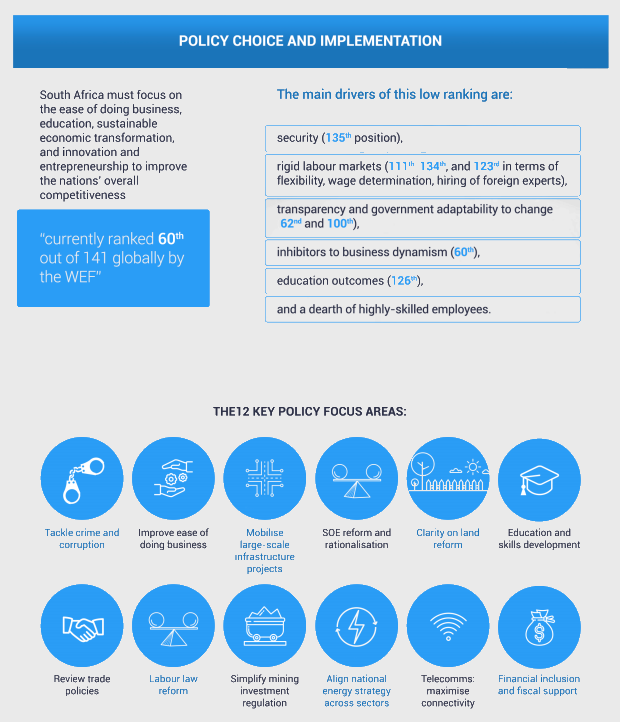 Unlike ANC policies, the problem here is clear. The two sides, which have been talking past each other for over two decades, are still not on the same page. The ANC is banging on about the sources of its “hegemony” and the “clarity” of its policies. The investment community, meanwhile, is saying there is nothing consistent or clear about your policies. And this is just for starters

The B4SA list of priorities in its document “A New Inclusive Economic Future for South Africa” also includes “regulatory reform” and “addressing crime, corruption and undoing state capture”. Do crime and corruption, which are clear deterrents to investment as well as a waste of scarce capital, figure in the ANC document? Not so much.

The common ground between the two is that both documents put a major focus on the need for infrastructure development. Of course, we have heard this before too.

Conventional economics as far back as the Great Depression has emphasised the need for governments to avoid austerity in times of economic downturns. Famously, John Maynard Keynes refuted the classical economics of his day, advocating the use of fiscal and monetary spending to set the flywheel of economic growth moving and stimulate demand.

The ANC and particularly its allies in the SA Communist Party and the labour movement have seized on this notion with gusto. But there is a problem here: the ANC has been deploying expansionist economic policies for over a decade since the financial crisis – and it hasn’t worked. The document does not explain why it didn’t work over the past decade and consequently, why it will be different this time. Once again, by starting at the outcome, the logic is absent.

In one respect, this document is different from earlier ANC documents by implication if not by explicit explanation: no longer is the question about the proper level of government debt. Instead, the ANC’s document is conscious that raising the capital for the infrastructure expansion will be more difficult this time. Previously, the question was “how much?” Now the question is, “Where will the money come from?”

So, new ideas are now floating around about how this should be done, like more action from the SA Reserve Bank or dipping into national savings by amending Regulation 28 of the Pension Fund Act which limits investing in particular assets or asset classes to avoid over-concentration.

And then there is also “social compacting” or, to put it another way, getting the private sector to front the money. And yet, it also slams SA’s banking system which it says “frequently displays the kind of oligopolistic tendencies which limit access to finance”.