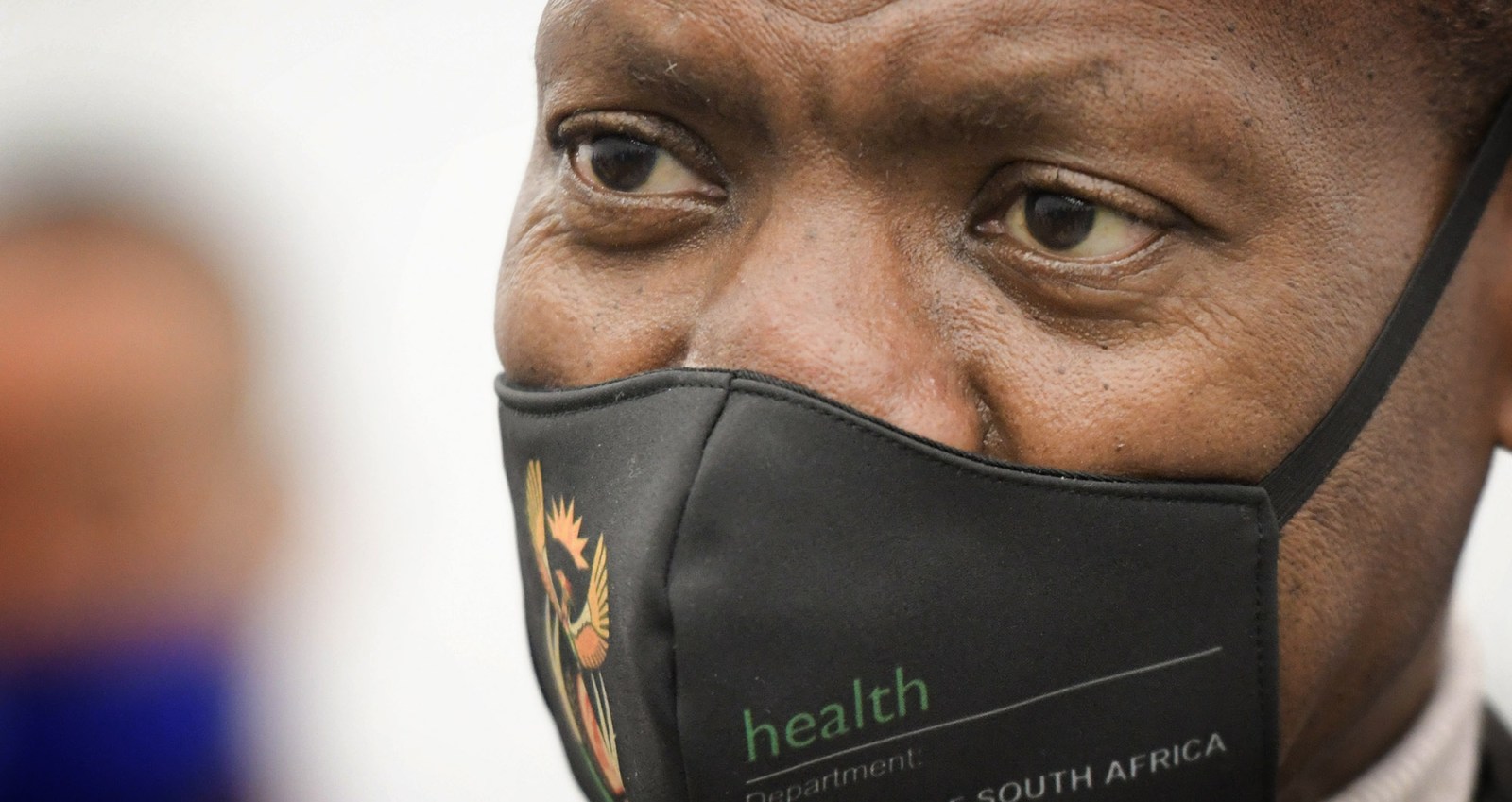 This is a summary of the trending, highest impact, and most active themes and their narratives related to social cohesion and division in South African public-domain social media conversations on 9 July 2020. Global trends impacting on South Africa are also included.

@BassieM_ tweeted: “South Africans work some of the longest hours in the world for some of the smallest wages and are one of the most taxed populations in the world. 🗿”. This tweet received 2,700 retweets and 6,700 likes by this morning.

@GoddessLethabo tweeted: “It’s concerning that some of you believe poverty persists because poor people don’t work hard enough to uplift themselves. I mean, I know privilege is blinding but like when has capitalism ever cared about hard work?” This was liked over 1,700 times and retweeted 981 times.

Other users suggested that wealth was not necessarily accumulated through hard work, but through illicit practices. Yesterday @MasekoValencia tweeted: “The corrupt are filthy rich. Going around preaching about hard work and determination. Use discernment!” This tweet generated 277 retweets and over 1,100 likes.

As reports on the spread of Covid-19 and its deadly toll continue, many social media conversations turned to action taken by the government.

Health Minister @ZweliMkhize’s tweet showed that almost 14,000 new cases were confirmed resulting in over 5 ,000 retweets. A glimmer of hope came in the form of a report by @News24 that a vaccine may be ready in Africa by early 2021, if current trials prove successful.

A satirical tweet by @MuloiwaThendo pointed out: “Limpopo people die and come back to life,” highlighting errors in the number of deaths reported in Limpopo.

Acute criticism of the government and Health Minister Mkhize was shared by @BlessingsRamoba: “R10-million spent by the govt on scooter ambulances in EC. Now Min Zweli Mkhize says that they are not fit to be used as ambulances, but the money is gone. Got to love the ANC, the only country where they find the most wonderful concepts to define their corrupt and poor governance”. The tweet was liked and retweeted over 1,000 times.

The number of graves being prepared in Gauteng also came under fire. @NkhwashuCrown tweeted: “#PutSouthAfricansFirstNow, Actually my question to @ANC govt, Is this 1,5 million graves plan to cater the whole African Continent or only for South Africans? I just need clarity coz for me it doesn’t make sense.”

@Farouk16176969 replied:“ This is just another way of getting a tender corruption and looting #ANCMustFall”. @eliotchauke1 shared : “so ANC chowed the money EFF donated to Solidarity fund😂😂😂😂.”

@LandNoli shared a list of contractors who were recipients of the overpayments linked to Kusile, Eskom’s latest power plant project. @mkhizec called for black people to “order a complete SUSPENSION of persecution of ALL BLACKS until WHITES involved in LOOTING billions are included by NPA”. While @LandNoli’s tweet was retweeted and liked approximately 1,300 times, @mkhizec’s tweet received far less traction, with only 65 mentions.

South African cricketer Lungi Ngidi said he would support the Black Lives Matter movement once live cricket resumes. His stance on the matter received some negative comments from his team players, according to EWN. @Tevin8r challenged these negative responses in this tweet: “So according to those privileged racists, Lungi Ngidi supporting Black Lives Matter means farm attacks don’t matter to him? So with that logic, when the Proteas hold a pink day then other types of cancers besides breast cancer don’t matter to them or deserve awareness and funding.” The tweet received 250 likes and 62 retweets.

Lamenting on prevailing inequality, @Culprit tweeted: “Black people have been the bigger person since the beginning of time. That’s the problem.” The tweet received 1 100 likes and 599 retweets.

Vusi Thembekwayo shared a tweet stating that, after being liberated, black people did not seem to know what to do with their freedom, and failed to celebrate each other’s accomplishments. He decried the narrative that only a minority of black people could succeed: “Let’s get our mindset right as Africans, otherwise things won’t change.” The tweet received over 27,000 views, 1,900 likes and 1,000 retweets.

Scattered among the many conversations about the hardships faced by black people were a few tweets celebrating and sharing success. @Monsieurponto shared his new luxury glassware collection: “Took me 6 months to perfect this. I hope you guys love it. 100% black owned Luxury Glassware Collection.” The tweet received over 18,000 likes, 5,800 retweets and 301 comments, mostly congratulations.

Rami Chuene praised fellow actor Tsholo Matshaba on her great acting abilities: “I remember how we all loved to hate Meme on Muvhango because she was such a bitch. Today we cry, laugh, hope, pray and root for Rakgadi on #TheRiver1Magic. Now that’s the power of storytelling! Take a bow @Tsholo_Matshaba for stirring our emotions. We truly love your work!” The tweet received 9,700 likes and 780 retweets.

A video of a boy playing drums made from used tins and containers received traction and the attention of Thato Mashala, who asked Twitter users: “Please help me find this boy. My husband wants to buy him drums. Please retweet and help guys.” The tweet received over 33,000 likes and 28,000 retweets, while the video enjoyed 460,000 views.

Thursday’s funeral of legendary actress Mary Twala was shared widely among colleagues and fans. News channel @Newsroom405 shared a video of Twala’s son, Somizi, paying tribute at her funeral: “Thank you for instilling everything that I am today. My mother was the most punctual person I know, so I know that even her death was on time.” – Somizi Mhlongo-Motaung. #RIPMaryTwala #Newzroom405”. The received 1,300 retweets and 7,300 likes. 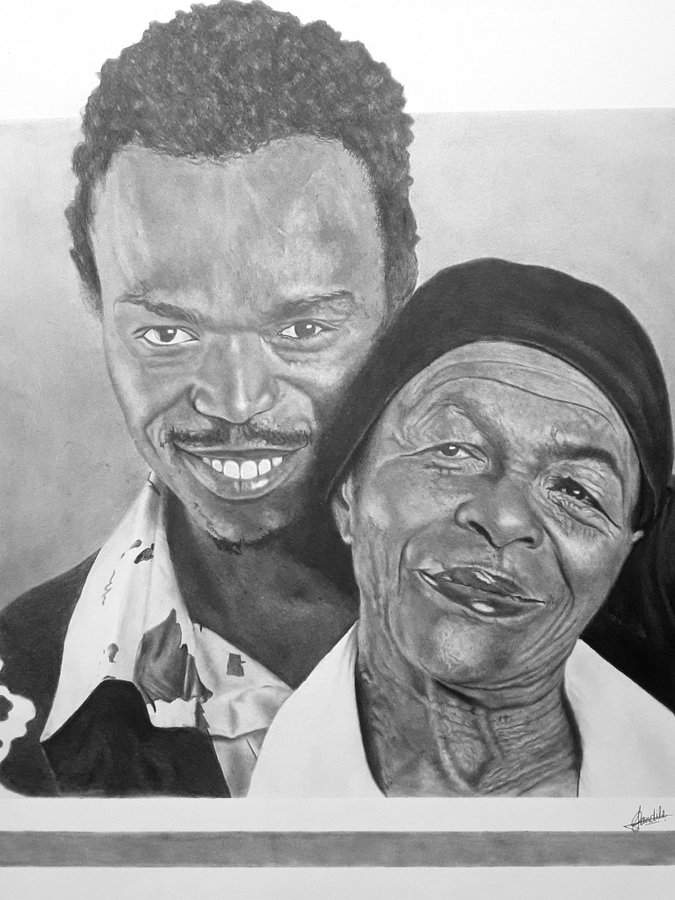 Many expressed their condolences and praised Somizi’s conduct during this time. Twitter user @Vusi_TheBoss tweeted: “Somizi buried his mom today and still managed to be a loving and romantic partner to his Husband on his birthday. If that’s not being selfless 😭😭😭😭😭. Mohale is also such an amazing person, he truly deserves all the love he is getting ❤️.” This tweet generated 518 retweets and 5,300 likes.

Other users paid tribute through art. @Msindi_Dcee shared a drawing of Mary Twala and Somizi: “I made this Piece 7 Months ago. I was hoping Mam Mary Twala would see it😟💔…I don’t know why it hasn’t reached @somizi yet☹️.. Please help me Retweet this until he sees it🙏.. #Somizi  #mohale #ArtistOnTwitter #artwork #Art #Pencildrawing #Trending.” This tweet gained traction with over 2,200 retweets and 9,800 likes. DM