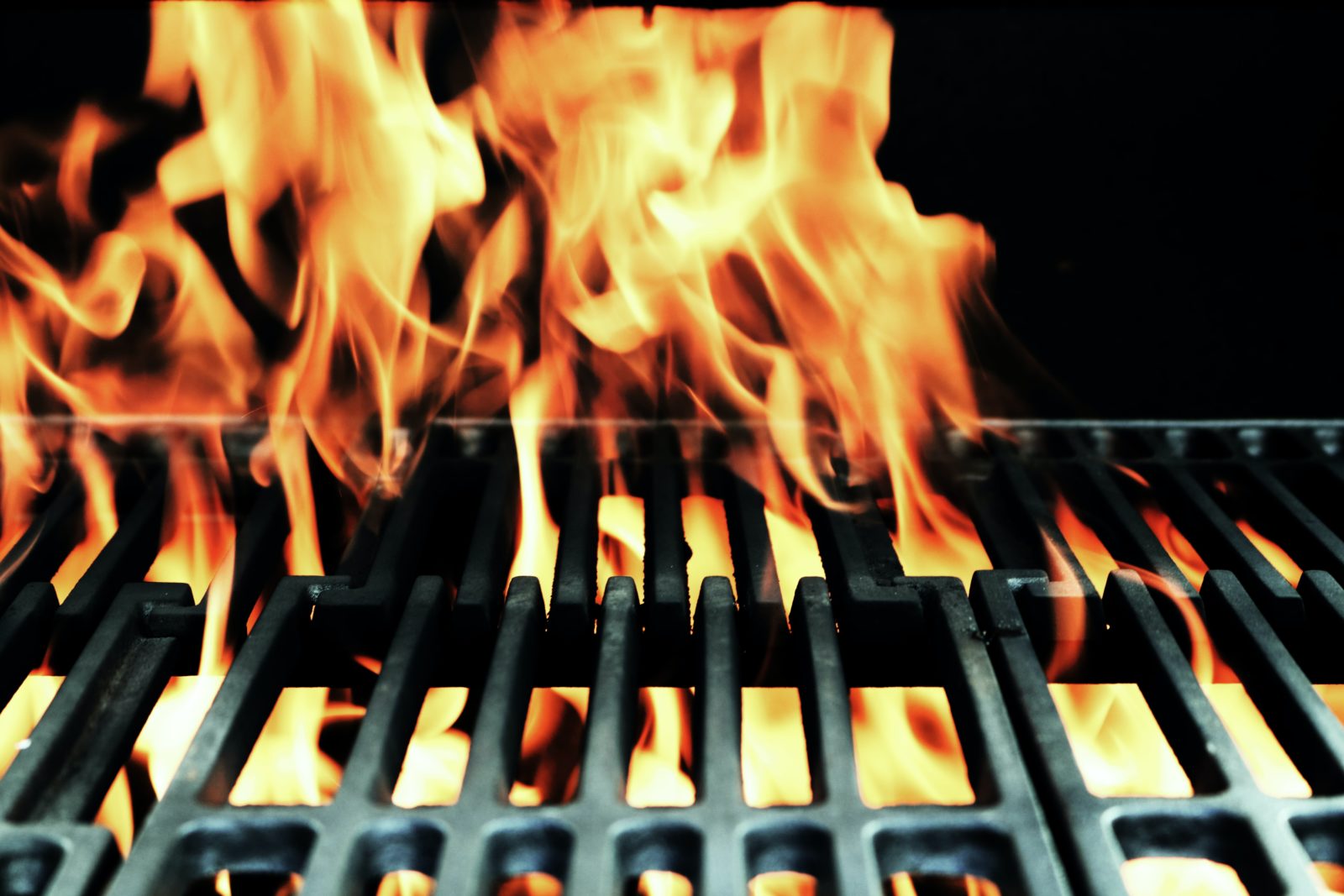 (Photo by Danny Gallegos on Unsplash)

Sibusiso Tshabalala, an ardent braaier, is proud that his charcoal is chemical-free and burns clean, imparting only good flavours to meat.

Meat, check. Marinade, check… ready to braai, right? But what about that less sexy yet oh-so-essential ingredient: charcoal? Without those briquettes, you’ll be having carpaccio for dinner, yet charcoal gets a fraction of the interest you give your protein.

Not so for entrepreneur Sibusiso Tshabalala, whose 36-employee-strong business has been built on 100% organic charcoal braai products, produced from invasive plant species. If you don’t recognise the name of his company – Berry Hill Trading – it’s because the charcoal it produces is sold nationally under the Pick n Pay label. With an output of 12 to 15 million bags per annum, that’s some serious firepower.

Tshabalala’s story is not only an extraordinary one of personal and business success. Through his company, which buys raw material (wood) from 330 consortiums in Mpumalanga, KZN and Northwest, he is helping to uplift lives in numerous rural communities, places where no other industries exist.

Always fascinated by fire, Tshabalala was a Newcastle boy who spent much of his childhood helping out on his grandfather’s farm in southern Mpumalanga and KwaZulu-Natal. “My grandfather, who lived his entire life on that farm, was making charcoal but on a small scale, and selling it in the local area on the side of the road and in garages,” he explains.

When his grandfather died, Tshabalala inherited the farm. He knew he wanted to formalise the business in order to connect with big retail – he just wasn’t sure how. But he believed in the potential for a commercially viable business for himself, for those living on the farm who were now his responsibility and eventually for his neighbours, whose farms were thick with blue gum, wattle and other alien trees. He knew how to make charcoal, and even had most of the infrastructure in place, but lacked experience in packaging, marketing, retail and logistics.

In 2008, he approached Pick n Pay to see if it could assist and was able to set up a meeting with the late Isaac Motaung, Pick n Pay Human Resources Director and Suzanne Ackerman-Berman, Pick n Pay’s transformation director. It was the beginning of a long and good relationship. “They mentored me from scratch to where the business is today,” says Tshabalala.

While Pick n Pay recently formalised its mentoring program, complete with an app that connects its small suppliers with experts on staff, in those days, it was more of an informal relationship. “It was an incubator that groomed the business…and it didn’t just groom me and leave me there.” Tshabalala was mentored in Pick n Pay’s Johannesburg office for 18 months before product development began. Pick n Pay also assisted with financing the build of a warehouse for Berry Hill. Today, he says, there isn’t a month that goes by without him popping into Pick n Pay’s corporate office in Johannesburg for a chat or a meeting.

“The first thing that struck me about Sibusiso was his knowledge of his product,” says Richard van Rensburg, Chief Information Officer at Pick n Pay, who has had an informal mentoring relationship with Tshabalala for some 12 years since they met at a PnP supplier workshop. “He [Tshabalala] is an expert in his field. When an entrepreneur combines a deep expertise with a passion and a courage to take risk, then the base ingredients for success are in place. I was also attracted to the fact that he wanted to take an established business in the informal sector and grow it into supplying the formal sector.”

Adds van Rensburg: “We shared ideas and discussed challenges both in the farming world and as a small supplier to a large retail chain. I can’t say that I was his mentor. We mentored each other. I’ve gained insights into the challenges suppliers face and I’ve been inspired by him.”

In 2008, Berry Hill Trading launched its first charcoal product under its own name. A year later Tshabalala negotiated a deal with Pick n Pay to produce the supermarket’s name brand charcoal on a national scale. This meant big growth and the need to procure wood from neighbouring farms in order to meet production demands.

Making charcoal briquettes that burn just right is a tricky balance. Tshabalala explains that Berry Hill gets this right with a blend of local invasive wood and Namibian hardwood. Every month, the company buys 300 to 600 tons of wood from South African farmers; 600 to 800 tons come from farms in Namibia. Production takes place in Piet Retief. It’s a long process: after harvest, the wood must be dried for three to five years before it gets a controlled burn in a kiln. The charcoal is then screened and anything below 25 grams has to be crushed, destined for briquettes. The fine-crushed charcoal is mixed with water and maize starch to bond, then compressed and dried. Tshabalala, who is obviously an ardent braaier, is proud that his charcoal is chemical-free and burns clean, imparting only good flavours to meat.

Over the years, Tshabalala has taken the initiative to reach out when he needed help. Five years ago, he set out to strengthen his growing business through an alignment with a strong partner. He approached South African charcoal company Charka and has since benefited from this collaboration: he’s better able to bulk buy raw materials, share in expensive resources and access a depth of industry experience. The collaboration is also critical to logistics. “You need lots of logistics to deliver to South Africa and beyond, through Africa. It was easier to leverage into that infrastructure to deliver the product,” he says.

Since the first Berry Hill bags went on shelf in 2009, the product range has grown, as Tshabalala continues to innovate. “We started with charcoal, then briquettes, then instant light briquettes (according to Tshabalala, the first instant light product in South Africa). We had to be ready to move with a changing market,” he says. Besides the quality of the product, the devil’s in the detail. One example: “People who now stay in townhouses have smaller spaces and carports rather than garages. We needed to develop a product that didn’t dirty the carport.” A fold-up bag was the solution.

Over the past 12 years, Tshabalala has learnt a great deal about communication; his job finds him liaising with everyone from retail buyers to farmers. “You need great humility to work with people – this is not a business where you can work alone.” Nor can you afford to be anything other than down to earth, especially when dealing with rural farmers, who are placing their trust in you as you in turn invest in their future.

“As you shape your business it shapes them,” he says of this relationship. The consortiums are economically uplifted with guaranteed income – “the minute they drop their load on the scale, they are paid directly into their bank accounts” – but also receive education about managed forestry, as everything must be done according to Department of Forestry regulations: “You’ve got to groom the right trees in the right spaces,” explains Tshabalala. This relationship is supporting a lot of families in these areas, as these farmers make the transition from informal traders to corporate ones.

Always looking ahead, Tshabalala’s focus these days is on developing products for the younger market. “So many young people in our country can’t start a fire. This frustrates me because I love fire: I believe it’s one of the things that brings people together…it’s a source of life.”

Appealing to a young market means designing and marketing products which make braaing easier and teach the science of braaing in an accessible way that appeals to the digital generation. “Everything they do is digital; it’s done with their fingers by pressing a button. You need to adapt your braaing products to suit that type of thinking.”

His own kids are also part of the future of braaing. His daughter works in the family business and his eldest son is currently studying forestry at the University of KwaZulu-Natal, while the younger son shadows his dad on the farm.

Central to this business, his family and his lifestyle is the element of fire and the awesome significance of people, young and old, sitting around one together. “Braaing is South African culture. And it’s up to us to teach the youth about their culture.” DM/TGIFood