Zimbabwe to change its constitution under cover of Covi...

Zimbabwe to change its constitution under cover of Covid-19 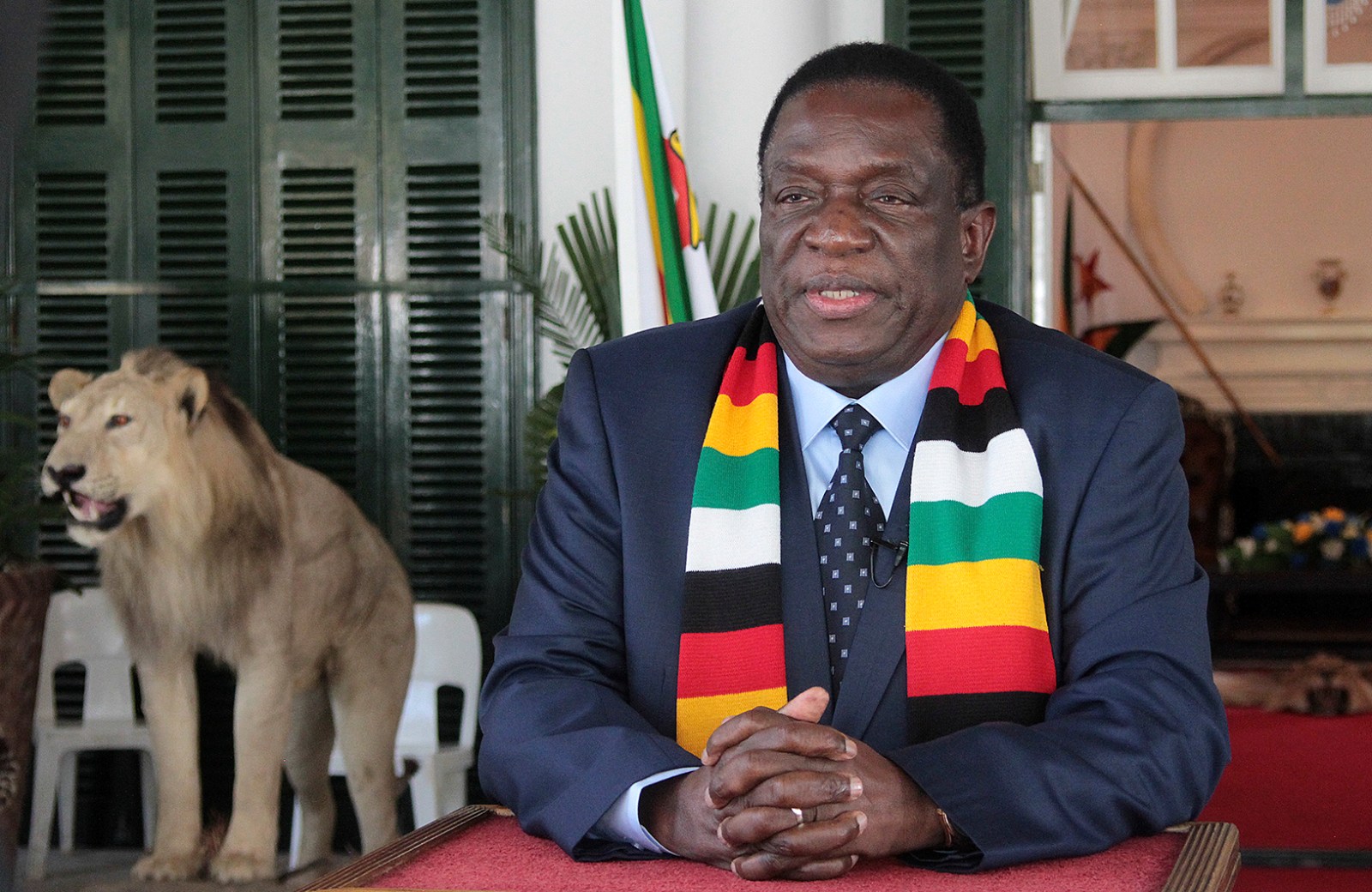 Emmerson Mnangagwa’s administration is steamrolling constitutional amendments while Zimbabweans are in lockdown.

President Emmerson Mnangagwa’s administration is in the process of pushing through dubious constitutional amendments under the cover of Covid-19, reversing years of effort that gave rise to Zimbabwe’s current constitution.

The 2013 constitution was amended once in 2014 and is now poised to undergo 27 more changes in one go. All this is taking place under restrictive lockdown conditions that greatly limit citizens’ full participation in the consultative process necessary for such amendments to take place.

Some of the amendments proposed by the Zimbabwe African National Union-Patriotic Front (Zanu-PF) government seem fairly harmless, indeed even progressive. These include the introduction of the Office of the Public Protector and the extension of the quota system to include youth representation in Parliament. But others seem malicious, with a clear attempt to retain and entrench the power of the executive.

One such amendment affects judges’ retirement. Zimbabwe’s higher court judges have the lowest retirement age in the Southern African region, at 70. The proposed bill seeks to introduce five more years. At first glance this may seem innocuous, but the additional five years depend on a one-year renewal subject to a medical certification of the judge’s mental and physical fitness.

These renewals won’t be based on the advice of the Judicial Service Commission, but will be the president’s decision. This not only removes the all-important security of tenure component that judges should enjoy, but also impacts on their independence, since the renewal is at the whim of the president. The risk is that judges would feel pressured to ingratiate themselves to the executive for the sake of tenure.

In addition to threatening judicial independence, the bill proposes curtailing parliamentary oversight over loans and economic “deals” between government and international agencies by removing Parliament’s veto power on all bilateral agreements.

The implication of this is grievous. Without parliamentary oversight, Zimbabwe might be left saddled with substantial debt and its future could be mortgaged through bad deals. The country’s current economic woes are partly due to debt inherited from the previous colonial regime.

This has been made worse by reckless borrowing and corrupt deals between the post-independence government and other rogue states and business players. Citizens will be asked to pay for debts through taxes that they had no part in ratifying through their parliamentary representation.

Zimbabweans are currently left without recourse as their rights to organise and participate are severely curtailed. Parliament earnestly began public consultations on the Constitution Amendment (No2) Bill from 15 June 2020. This is happening in the middle of stringent Covid-19 measures that limit the rights of citizens to organise and collectively resist or support the constitutional amendments.

Citizens haven’t been given enough time, ways and resources to participate in the consultative process as the Covid-19 restrictions are in force. Civic education is being done online, and in a country with internet penetration that is hovering around 62%, many people are being left out of the process.

Constitutions are living documents and amendments exist as key instruments to improve the law. They should not be changed at will by political parties simply because they won a clear majority in elections – two thirds in the case of Zimbabwe, which Zanu-PF currently enjoys.

The process of amending the constitution was already in motion before the Covid-19 restrictions were put in place on 30 March. However the push to complete the process under severe lockdown measures is nothing short of the ruling party capitalising on the pandemic to get its way without massive citizen mobilisation and protest.

The current Covid-19 restrictions limit the number of people who can assemble to fewer than 50, and the movement of people is restricted to grocery shopping and medical reasons only.

Constitutions in established democracies are approached with respect as the frameworks that govern and structure relations between citizens and government. In a country where there is a lack of trust in public leaders and representatives, strong institutions such as the judiciary help fill the void of a fractured accountability mechanism.

It is imperative that citizen participation not be seen as passive rubber-stamping, but rather as active, conscious engagement with important national issues from an informed position. The current Covid-19 restrictions make such citizen engagement impossible.

Now is clearly not the time to fiddle with a constitution that is meant to serve the interests of all Zimbabweans. It is unfortunate that Zanu-PF has chosen to go ahead with the amendments against a backdrop of restrictive measures that prevent citizens from actively contributing to the process. DM