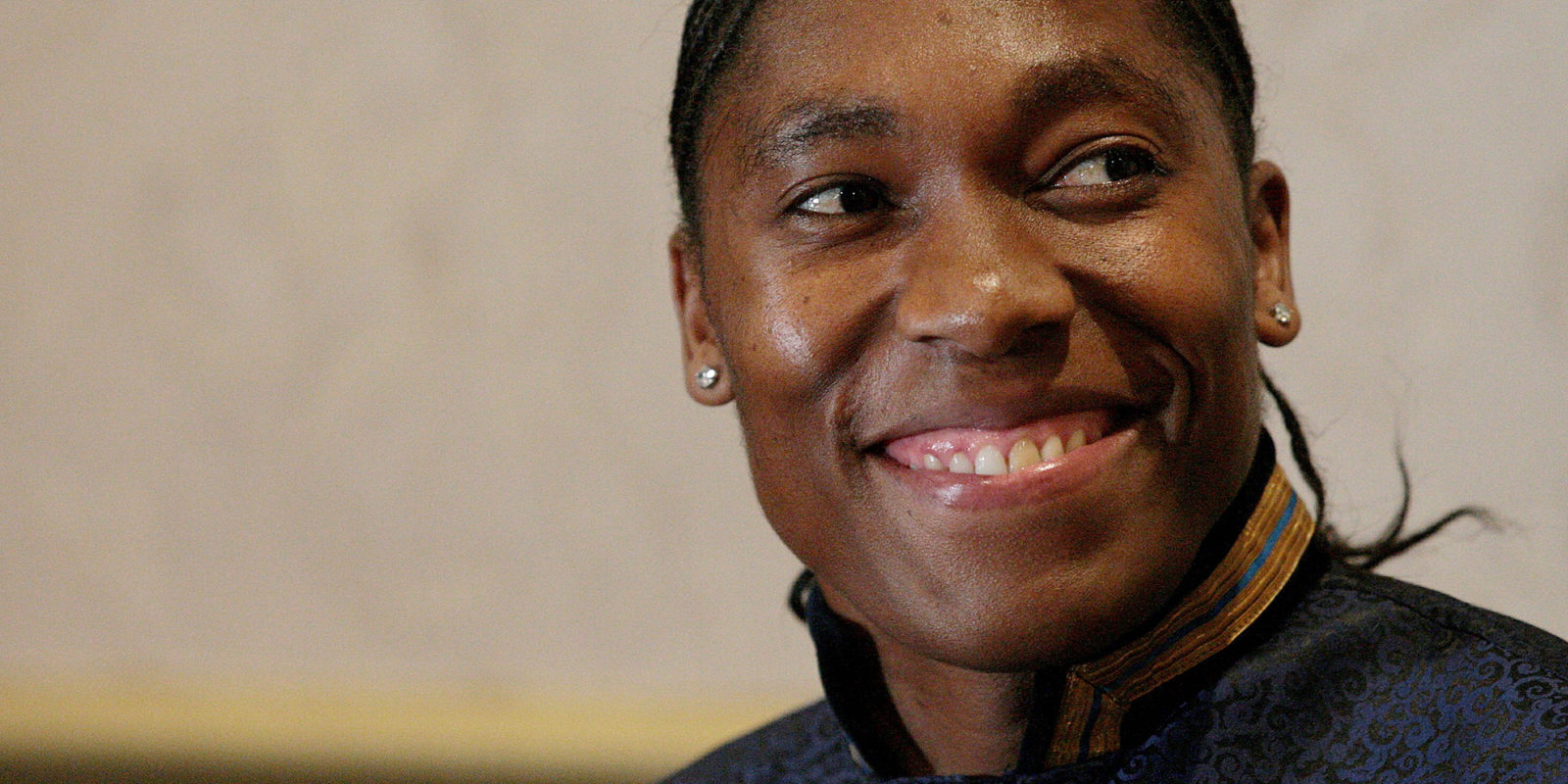 It was good news last week for 2016 Olympic gold medallist Caster Semenya and other female athletes fighting discrimination in the international sports arena. The UN High Commissioner for Human Rights released a South African-sponsored report in favour of the ‘elimination of discrimination against women and girls in sport’.

Caster Semenya was born to run. But instead of being able to compete on the world athletics track where she belongs, she has faced a protracted series of legal battles and setbacks since 2009 when she stormed onto the international athletics scene, winning her first World Championship 800m.

Shortly after that win, and up until today, Semenya’s identity has been contested and scrutinised by International Amateur Athletics Federation (IAAF) officials who insist that she become a guinea pig for dangerous medical procedures that will reduce her natural testosterone levels.

According to the world’s highest athletics authority, Semenya is “not female enough” to participate in “female category” races and unless she undergoes their discriminatory medical procedures, she is not allowed to compete internationally in elite women’s competitions.

But Semenya has not been deterred by the humiliating sex-determination testing, the calls for medical interventions or the legal opposition she has faced in the highest sporting echelons of power. She has spent millions of rand facing down the giants of the IAAF and she is not ready to quit. She remains resolute and determined to fight discrimination and unfairness in sports not only for herself, but for all women athletes facing similar scrutiny and questions about their identities.

Semenya is not a person who decided on a whim to use her biological advantages to race as a female athlete. She was raised a woman and has been running in girl’s races all her life. Her entire community knows her as the strong yet quiet woman that she is.

Human dignity and fairness are at the essence of Semenya’s case, but it can also be argued that endemic racism is seen in cases like hers. Athletes are targeted for one apparent reason, but the underlying reason is often prejudice and discriminatory policies that strike at the essence of their human dignity.

As Semenya’s legal team, we are awaiting the decision to our appeal case before the Swiss Supreme Court of Appeal in Switzerland. If we win, it will overturn the Court of Arbitration in Sport’s (CAS) ruling that requires women athletes with so-called “differences of sex development” (DSD) to chemically or surgically lower their testosterone levels.

Last week’s release of this report on eliminating discrimination in sports is an important one for us because it signals the growing international consensus against discriminatory and unfair policies in sport.

Submitted for consideration by the South African Permanent Mission to the United Nations in Geneva in February 2019, the new report denounces gender and race-based discrimination in sporting associations and bodies. It also cautions refrain from developing or enforcing policies that coerce or pressure women and girl athletes into undergoing unnecessary, harmful and humiliating medical procedures to participate in women’s events in competitive sports.

It is particularly painful for Semenya to be prevented from doing what she was born to do and loves to do. And even more because as a South African she is protected by our Bill of Rights that is lauded across the world.

Although this UN report on the elimination of discrimination in sport is not binding and does not constitute an official resolution, it is a step in the right direction in support of Semenya and other women athletes who have been prevented from participating with equal treatment and with dignity in the international athletics arena.

Along with Mohamed Shafie Ameermia of the South African Human Rights Commission (SAHRC), we as Caster’s legal team have been working on the matter of sports and discrimination against female athletes both nationally and internationally for a number of years.

With a focus on gender discrimination, violations of human dignity, equality and unethical sports business practices, the SAHRC has asked the South African Commission for Gender Equality, as a sister Chapter 9 institution, to join us on this matter of discrimination against female athletes in sports.

We are making progress as a South African collective, one decision at a time. If the upcoming CAS appeal case does not go our way, as South African lawyers we will use this positive development by the UN human rights body in our defence to further the cause against unfair treatment and discrimination. If needed, this is a solid foundation against the IAAF at the highest level.

The UN report states that the most well-known women affected by world athletics’ current and former eligibility regulations are from sub-Saharan Africa and South Asia, so it is important that South Africa leads the way on behalf of developing countries athletes that are being prevented from equal and fair opportunities to compete in international athletics.

We do not think that the IAAF yet represents “World Sport” and it would be good for them to recognise that they are not immune from acting in accordance with the best norms of human rights that others have recognised. In fact, you would think that the IAAF, CAS and other sporting bodies would, in the face of this new report, abandon their systemic practices of operating outside the sphere of international human rights norms.

It is particularly painful for Semenya to be prevented from doing what she was born to do and loves to do. And even more because as a South African she is protected by our Bill of Rights that is lauded across the world. Ours is a legal framework that recognises and enshrines every possible human right, including those ignored by many international sporting bodies who refuse to have their rules and practices transparently tested against these values.

We celebrate this good news and pause to reflect on how far we’ve come. But until Caster Semenya and other female athletes from developing nations are free to compete as they are in international athletics competitions, the fight continues. DM

Greg Nott is Caster Semenya’s lawyer and head of the Africa Practice at Norton Rose Fulbright.