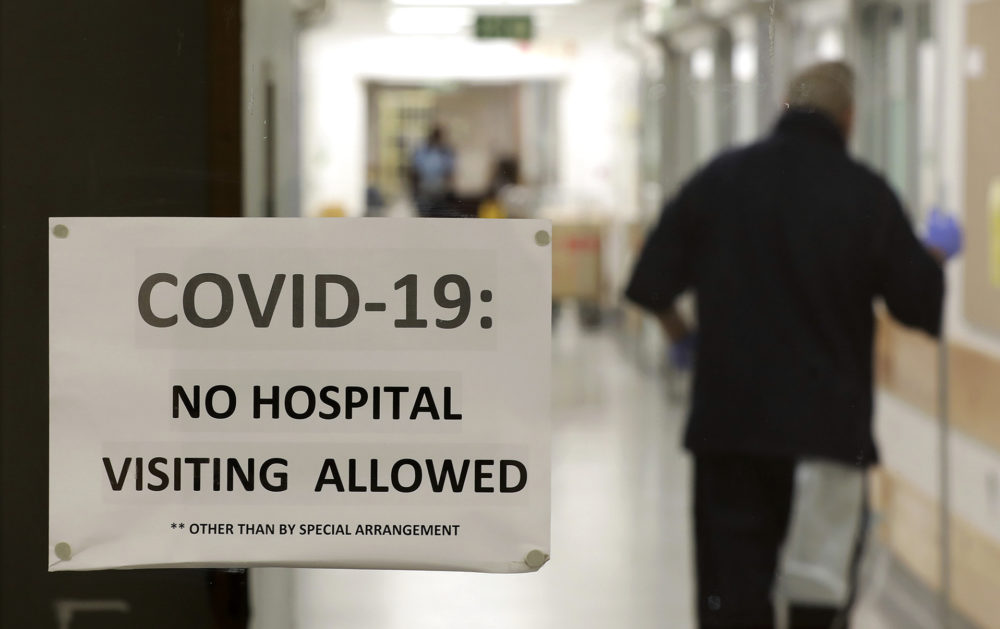 On Wednesday, Health Minister Zweli Mkhize told parliamentarians that the surge in South Africa’s Covid-19 outbreak is here. Meanwhile, doctors at Johannesburg clinics are struggling to find hospital beds for patients ill with Covid-19. In the Eastern Cape, Nelson Mandela Bay has only two ambulances for Covid-19 patients and a hospital overflowing with contaminated laundry. Two premiers have confirmed that they have Covid-19, albeit with apparently mild symptoms.

Scroll through the gallery below to view the latest Covid-19 numbers available on 8 July at the district level. All maps are sourced from provincial health departments, however KwaZulu-Natal, Gauteng, the Eastern Cape and the Free State did not provide an update by the time of publishing:

“We have now reached the surge. The storm that we have consistently warned South Africans about is now arriving,” were the words of Health Minister Zweli Mkhize to Parliament as he finished his update on the Covid-19 pandemic and its impact on July 8.

During his briefing, he gave an overview of the spread of Covid-19 and the healthcare resources available to meet it. As of 6 July, 48% of people who have tested positive for Covid-19 have recovered. The fatality ratio is 1.6%.

Mkhize said that although the Western Cape has the most confirmed cases, the department expects Gauteng to overtake its numbers and become the epicentre in South Africa. Although the models to predict the trajectory of the pandemic have been updated, it is still expected that the peak will come in mid-August.

However, it will be at a lower level, meaning fewer people were infected in May and June than previously anticipated under an optimistic scenario. The model projects a lower need for hospital and ICU beds, but it is expected that the country’s capacity will be breached in all provinces in the next four weeks.

As of 7 July, the department is confident it has enough PPE stock available to meet the requirements of healthcare workers. It is also launching an audit of oxygen stocks in all hospitals. 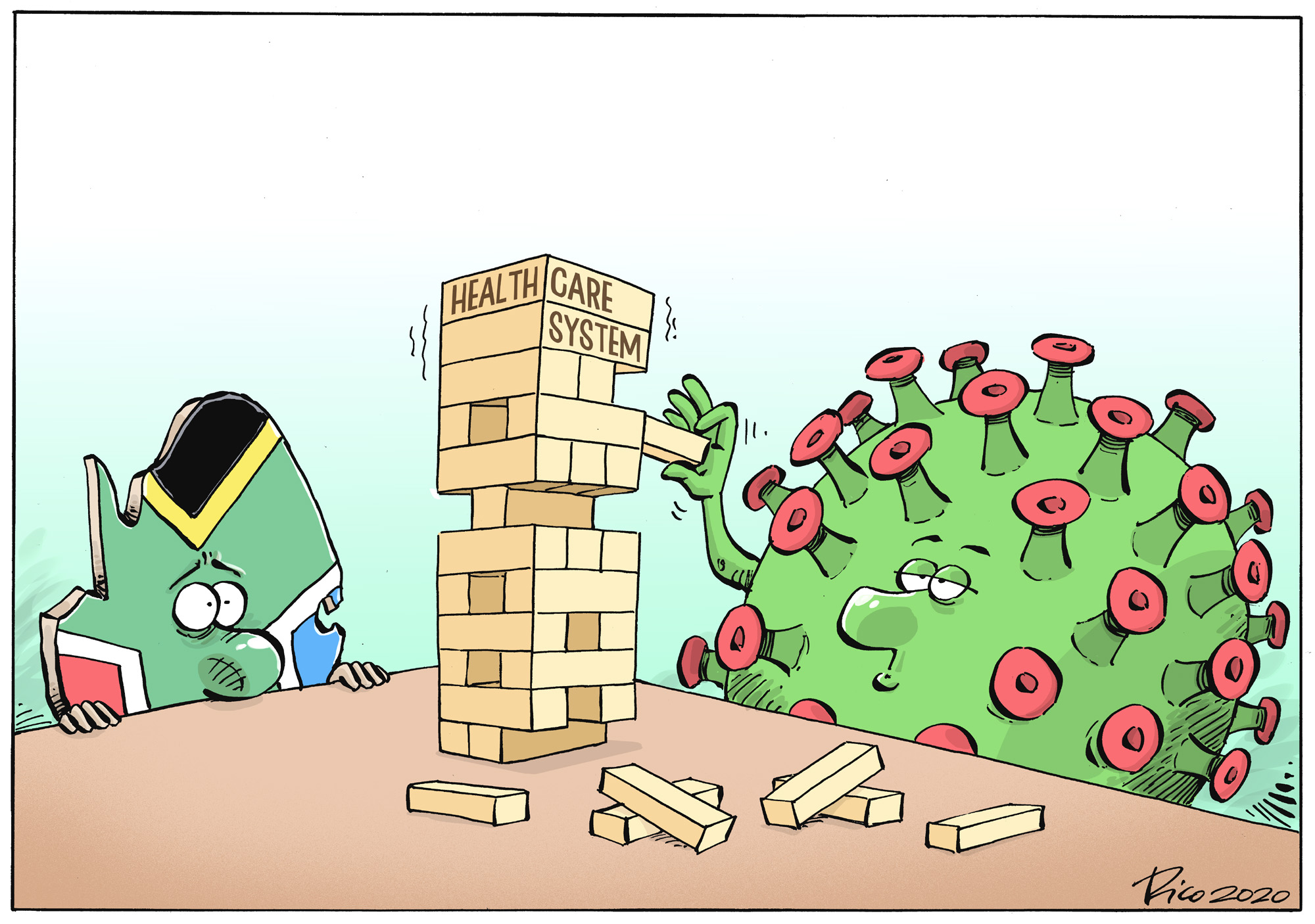 In “Wuhannesburg”, doctors and nurses are spending hours on the phone trying to find empty hospital beds for the Covid-19 patients they are treating at clinics. As Ferial Haffajee writes, the city’s 104 clinics are “teetering on the brink of collapse” under the pressure of the pandemic. Oxygen stock is running low and as healthcare workers become infected themselves, the more clinics have to close. Patients turn to hospitals, but these too are in a crisis as their own beds are reaching capacity.

There are only two state ambulances in the Nelson Mandela Bay metro which are transporting Covid-19 patients – one in Port Elizabeth and another in Uitenhage. However, two patient transport vehicles have been added this week. The metro has the second-biggest population in the province and is a Covid-19 hotspot. In addition, 19 Emergency Medical Services personnel are sick with Covid-19. There are only 12 vehicles operating. As Estelle Ellis reports, the metro has been suffering a chronic shortage of ambulances since at least 2015.

Meanwhile, several weeks’ worth of laundry used by Covid-19 patients has gone unwashed and piled up in a storeroom at Livingstone Hospital in Port Elizabeth. The laundry was closed after eight workers tested positive for Covid-19. The hospital has had to outsource the provision of linen. Estelle Ellis reports that civil society organisations have raised these issues with the Department of Health once again this week.

In the past 24 hours, two provincial premiers have confirmed that they have tested positive for Covid-19. North West Premier Job Mokgoro was admitted to hospital on Wednesday, but says he has mild symptoms. Western Cape Premier Alan Winde will be working from home and says he began developing flu-like symptoms on Sunday. He was tested on Monday because he suffers from Type 2 Diabetes and is over the age of 55.

The 2020 academic year will be completed in the early part of 2021, according to Higher Education, Science and Technology Minister Blade Nzimande. He said this will mean that the next intake of first-year university students will be later than usual in 2021. This will impact on the entire 2021 academic calendar, especially if it is to end within 2021 as hoped. Although 20 campuses have reopened to students, the return rate was low because of a fear of exposure to Covid-19, he said.

On Tuesday, the Western Cape High Court ruled that the Covid-19 pandemic is the legal and factual cause of Café Chameleon’s loss because of interruption to business. This means its insurer Guardrisk Insurance is liable to pay the café’s business interruption claim. As Sasha Planting writes, the judgment “will have profound implications for the South African insurance industry, as well as the hospitality industry, which is standing in opposition to it”.

The restriction on loading capacity is taking a toll on the profits and expenses of taxi operators, said the National Taxi Association during its presentation to Parliament’s transport oversight committee on Tuesday evening on how Covid-19 regulations, especially under Alert Level 3, have affected the industry.

It spoke of how the industry is struggling to repay taxi instalments, pay drivers and operators and to manage now that payment holidays are over. It bemoaned the lack of financial support from the government, but it did say the pandemic has helped Transport Minister Fikile Mbalula to be more engaged with the association. It vowed to pursue “all legal avenues” if its demand weren’t met. The association and committee agreed to regular meetings. As Suné Payne reports, Santaco was invited to the meeting, but declined to attend. DM