Herman Mashaba on the ‘arrogant’ DA and his politic... 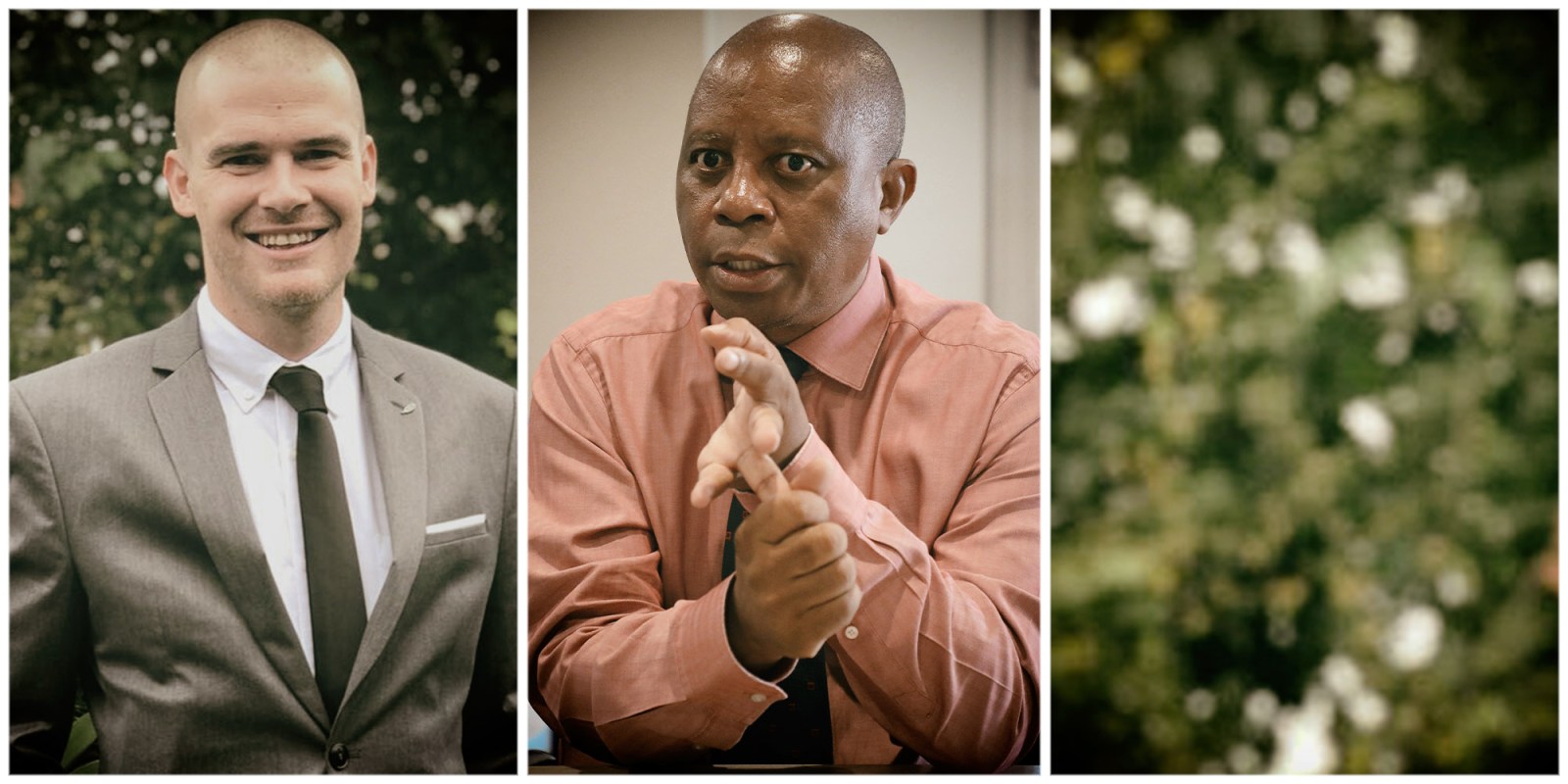 Mashaba’s frustrations and fallout with the DA are detailed in a new book titled The Accidental Mayor, which is written by Michael Beaumont, who was Mashaba’s chief of staff.

There is no love lost between Herman Mashaba and the Democratic Alliance (DA), the political party that he joined and which helped him to become the mayor of Johannesburg in 2016.

Since his resignation as mayor in October 2019, Mashaba has become a fierce critic of the DA, accusing the party of working against his push for pro-poor polices when he was leading Johannesburg for three years.

The DA joined forces with the EFF and IFP – forming a coalition – to win control of the city from the ANC after the party didn’t secure an outright win in the 2016 local government elections.

Reflecting on his tenure as the DA’s first mayor in Johannesburg during a webinar on Wednesday 8 July with Daily Maverick’s Greg Nicolson, Mashaba said he inherited a city with crumbling infrastructure – from roads to human settlements – after many years of mismanagement and neglect, and a rising number of informal settlements with no toilets.

“The DA was against our pro-poor policies… Every time we delivered toilets or electrified [housing] projects, the DA would never really be there. The EFF would be there to acknowledge that. That’s why the EFF ended up calling me their mayor and the DA took offence to this.

“Some DA councillors were claiming that I am spending their residents’ monies on people who are not voting for the DA or paying taxes… ever since we took over the Joburg administration, literally from day one, the DA was a very difficult and arrogant partner,” said the entrepreneur-turned-politician. His frustrations and fallout with the DA are detailed in a new book titled The Accidental Mayor, which is written by Michael Beaumont, who was Mashaba’s chief of staff.

Some commentators have argued that Mashaba was naïve when he joined the DA ticket to be a mayor, expecting the party to be pro-poor when it arguably has an image of a right-leaning, elitist party. He has no regrets about his time in the DA.

“I made it clear that the DA is not perfect and, if we look at other political parties, were the better devil. I believed in Helen Zille [the DA’s federal chairperson] and the DA when it talked about ‘one SA for all’ and correcting injustices of the past. Until I was there [inside the party].

“When you look at Cape Town [based in the Western Cape, which is controlled by the DA], I used to defend the DA when people in townships complained about not getting services. I thought it was due to budget constraints. But the problem was the political will.”

His first prize when taking the mayor job was “to unseat the ANC” after “many years of looting” in Johannesburg, which he said was “the epicentre of State Capture by the Guptas”.

According to Mkhwebane’s draft report, Tembe’s position, which was advertised in 2017, required a bachelor’s degree or equivalent qualification, but Mashaba recommended him despite him only having a three-year diploma.

Mashaba has denied any wrongdoing, saying he wasn’t involved in the hiring process.

“When we wanted to appoint a manager, it [the vacancy] goes through a process; the post is advertised, a committee must interview candidates and then a preferred candidate is brought to my attention. Then I take the report of the committee to the council for approval. These were appointments voted by the council, not by Herman Mashaba.

“If her [Mkhwebane’s] final report comes out like the draft one, I am happy to take it under review. When I take it for review and she loses the case, I want every cent from her for spending my own money on lawyers [to defend himself].”

Mashaba is engineering a political second act through his soon-to-be-launched political party. Former DA leader, Mmusi Maimane, will not join the party, Mashaba said. To drive the process towards launching the political party in August 2020, Mashaba started a consultation process in 2019 under the banner of The People’s Dialogue, a non-profit organisation.

The new party has made five core election promises: a free-market economy (the state playing a lesser role in the economy but creating an enabling environment for private sector investments), non racialism, social justice (reducing inequality and ensuring that within the next 15 years SA should have more middle-class households), and adherence to the rule of law (harsh punishment for wrongdoers). It will also allow community participation in politics by giving people direct access to who they want to represent them, instead of the party deciding on candidates.

Mashaba believes that the five core election promises are what sets his political party apart from others.

His party would contest for power in Johannesburg, Ekurhuleni, and Tshwane in the 2021 municipal elections. Explaining why he is not contesting all 200-plus municipalities in SA, he said: “It is not possible to put structures to effectively contest all municipalities. We will only participate in highly winnable municipalities… But we are engaging with people on the ground to find other municipalities.”

Like when he took the mayoral job, his ambition through the party would be to “unseat the ANC” from municipalities.

He is willing to enter into coalitions with other established parties if his party doesn’t secure enough votes. He is open to joining forces with the DA, but not the ANC. “I don’t take the ANC as a political party but a criminal enterprise.” DM