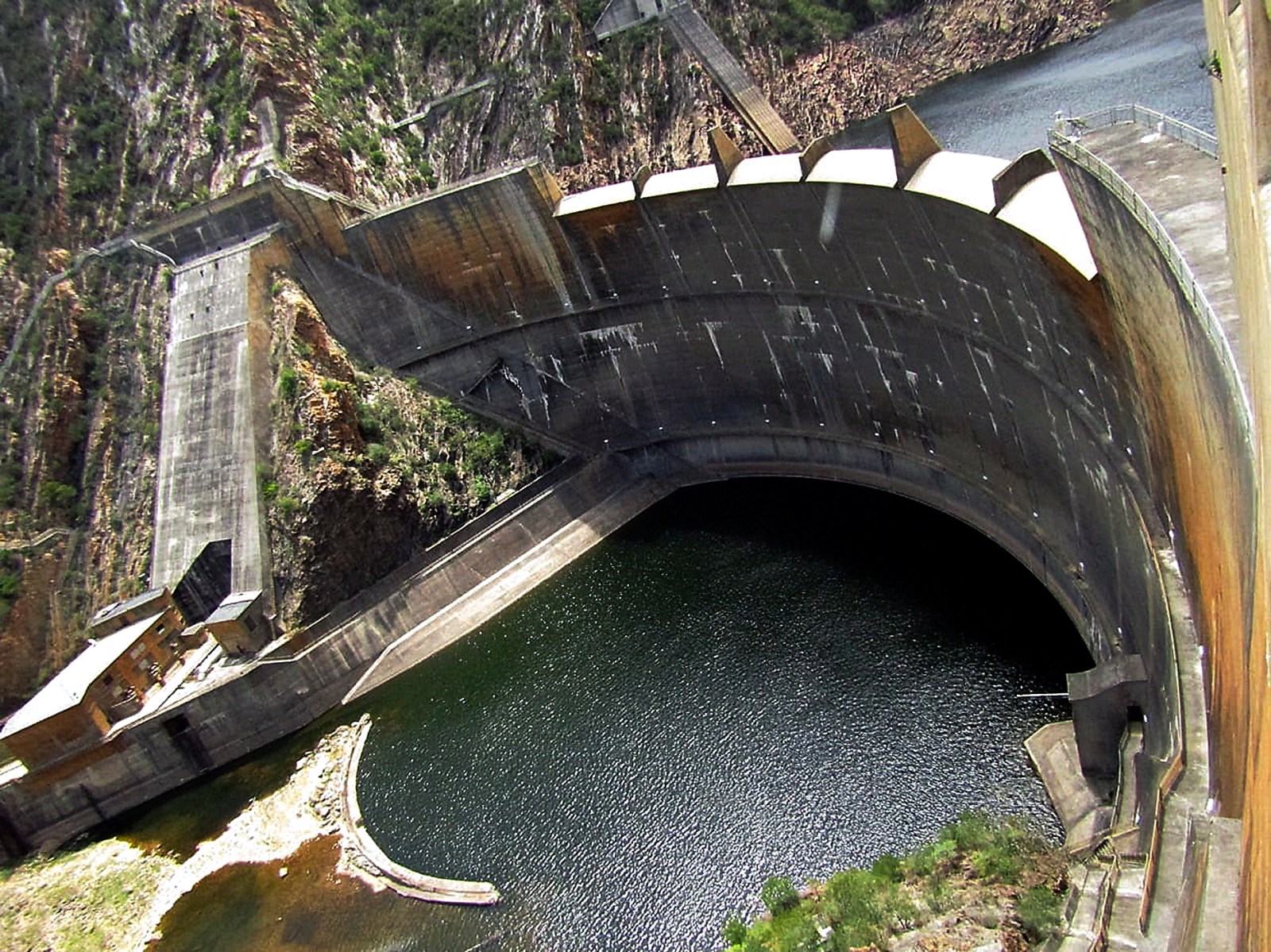 Nelson Mandela Bay’s combined dam capacity has fallen to below 20% and its biggest supply dam has dropped to 7% as the municipality considers tighter water restrictions. While the municipality has always insisted that a water canal bringing water from the Gariep Dam will be the city’s lifeline if the dams run dry, fears are being now raised over the stability of this structure that failed catastrophically in 2017, but was given only a temporary fix.

The Nelson Mandela Bay municipality is considering imposing stricter water restrictions as the combined dam capacity for the metro has now fallen below 20%. The Kouga Dam, the biggest supply dam providing water to Port Elizabeth and surrounding towns including those in the Kouga municipal area, is now at 7%.

The city is relying on a lifeline provided by the Nooitgedacht Scheme, bringing water from the Gariep Dam, that can provide 50% of the metro’s water. On Tuesday, 7 July 2020, Minister for Human Settlements, Water and Sanitation Lindiwe Sisulu said she will investigate why repairs to the canal that collapsed in 2017 never progressed past temporary fixes. Municipal teams were also on site, working on a burst pipeline from the Nooitgedacht water scheme on Wednesday, 8 July.

Neither the municipality nor the Eastern Cape MEC for Co-operative Governance and Traditional Affairs, Xolile Nqatha, who provided written answers about the drought to the Eastern Cape Legislature, would be drawn on a date when the metro’s supply dams were expected to run dry if it didn’t rain.

“This is difficult to state as these dams are at different levels of storage and different abstraction is taking place from each,” Nqatha said.

But municipal spokesperson Mamela Ndamase said they were considering stricter water restrictions given the dam levels.

According to comprehensive information provided by the Department of Water Affairs, a new model was to be run in May 2020 to determine water restrictions.

“The new restrictions are anticipated to be much stricter and will be at a level to ensure that the water schemes do not fail,” a spokesperson for the Department of Water Affairs, Sputnik Ratau, said.

The DA’s Retief Odendaal said that he doubted the municipality would be able to reduce the current limit of 50 litres a day. “Their only option will have to be to make water more expensive,” he said.

He said, according to his information, the metro was still using 300 megalitres of water per day and this should have been reduced to 250 megalitres by now.

Ndamase confirmed that the department had evaluated the water in the dams and that “restrictions will be imposed accordingly”.

She, however, emphasised that this would not entail water shedding as this would have “devastating operational consequences”.

She said construction to bring water from the Nooitgedacht scheme to the western parts of the city has been operational for the past year.

Data from the Department of Water Affairs has shown that the metro was exceeding its allocated extraction from the Churchill Dam in the Krom River and also from the local catchment schemes.

Towns near the Kouga dam, Patensie and Hankey, are currently only provided with six hours of water a day as their supply also comes from that dam.

Garth Sampson from the South African Weather Service said that it had been the warmest June on record in Nelson Mandela Bay since they started keeping score in 1950. He said the average maximum temperature was 22.5°C. This is 0.4°C warmer than the previous record of 1996 and 2°C warmer than the average over time.

He said the metro also recorded the highest average sunshine hours on record in June 2020 with 8.2 hours a day. Sampson added that in June, the metro recorded less than half of the average rainfall of 53mm with only 23mm of rain falling.

The average rainfall for the first six months of 2020 is 219mm, well below the region’s average of 280mm, but Sampson said it shows some promise as it is the best figure recorded since 2015.

He said the seasonal forecast does hold promise and is maintaining that normal to above-normal rainfall will fall in areas west of Port Elizabeth.

He dismissed social media messages that heavy falls in the region will have “the most eventful winter weekend in years”, saying that a cold front was expected to bring gale-force winds and light snowfall but “no promising rainfall”.

Nelson Mandela Bay Municipality was allocated R97-million for groundwater development through the Municipal Disaster Grant and spent this money drilling 150 boreholes. Ndamase said this week that none of the boreholes is online at the moment.

Ndamase said that the construction of water treatment works at Coega Kop have started and will likely only be completed early in 2021. The project will free up another 17.3 megalitres a day for the use of the city.

“I confirmed today we are on 300 megalitres a day. If you look at the dam levels, we are going to have to bring it down to 230 at least,” said Nelson Mandela Bay Democractic Alliance Councillor Masixole Zinto.

Data from the Department of Water Affairs has shown that the metro was exceeding its allocated extraction from the Churchill Dam in the Krom River and also from the local catchment schemes.

Ndamase said as part of the municipality’s plan to save water, they have fixed more than 12,000 water leaks since March 2020.

A spokesperson for the Kouga Municipality, Laura-Leigh Randall, confirmed in June 2020 that water rationing had resumed in Patensie and Hankey after the dam reached 8.73%.

“Due to the Covid-19 pandemic, the water will only be turned off for six hours a day. Before lockdown, the water was turned off for 16+ hours a day (from 8am to 4pm and then again from 8pm to 4.30am). Additional access to water was put in place during April 2020 – 33 water tanks were installed at strategic points in Hankey and Patensie. These are filled up by tankers with water from Humansdorp.”

She said boreholes have been drilled to augment the water supply to the towns. “The connection of the boreholes to the existing supply was, however, delayed due to the lockdown restrictions.”

It was expected that the boreholes would come online in July or August 2020. DM/MC