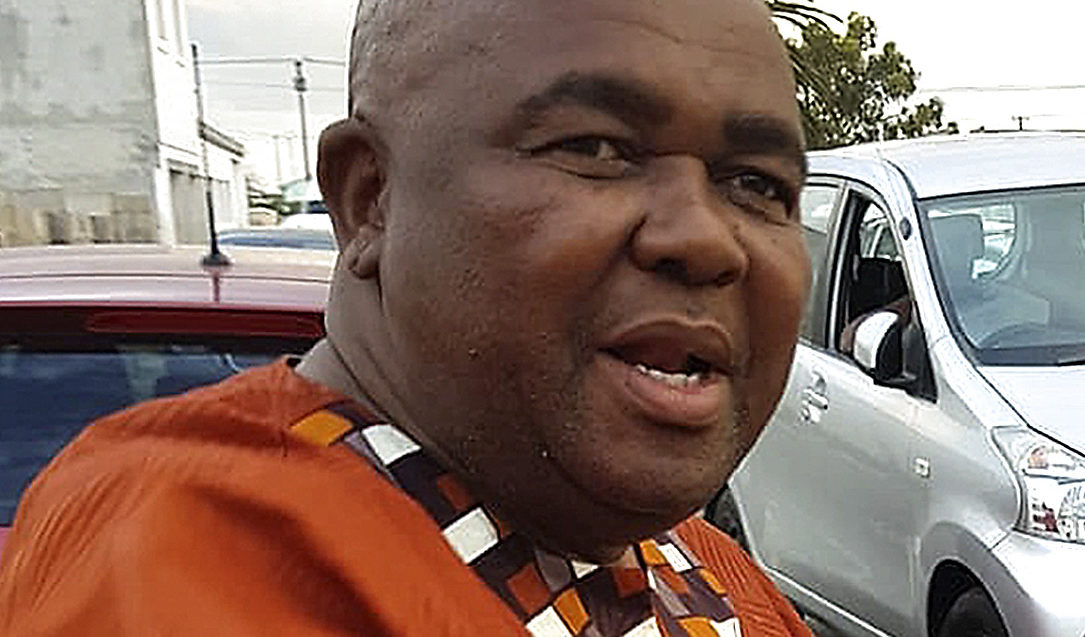 Saldrep founding member Colin Rani was driven by his passion for resolving labour disputes and dispensing social justice in the world of work. (Photo supplied)

Colin Rani was a friend with a passion for social justice, solving labour disputes — and jazz.

Sigqibo Colin Rani – who passed away this week after contracting Covid-19 – was a dedicated labour mediator and arbitrator driven by the need to adhere to the principles of fairness and social justice.

Rani, 60, was born to Nolusapho and Lizo Rani in the village of Cofimvaba in the Eastern Cape on 30 April 1960. He completed his schooling at Freemantle Secondary School and his tertiary education at the University of the Western Cape, where he graduated with an honours degree in development studies. He also obtained a diploma in labour relations at Damelin.

After graduating, he joined the then Chemical Workers Industrial Union (CWIU). He joined the labour movement in 1987, at a time when trade union federation Cosatu was on the rise. He rose through the ranks and was a member of the provincial leadership of the CWIU by the time he left.

In addition to being a formidable trade union leader serving workers in the chemical industry, Rani was a devoted family man. He met his wife, Thozama, in 1992 and they married in December 1996. They had three children: two daughters – Luthando, 23, and Olwethu, 19 – and a son, Yongamela, 14.

He was known for his delightful laugh and steady temperament as well as his passion for training, and mentoring in the field of labour law and dispute resolution.

Thozama remembered her husband as a man of taste who “enjoyed jazz music and great company”. He was a hands-on family man, deeply engaged in family matters. “His extended family has lost an elder whom they leaned on and relied on to ensure that the family’s clan customs were done in the correct manner, as the family’s forefathers did.”

I formally met Rani in 2010, but had seen him over the years as our lives intersected at different points. We met when we were both part-time commissioners for the Commission for Conciliation, Mediation and Arbitration (CCMA). He was a dedicated professional who wanted to do what was right, in accordance with the law. During our debates, he was always governed by the principles of striving for fairness and social justice.

Over the last 12 years, Rani had been a part-time commissioner for the CCMA and for Tokiso, and served as a panellist for various bargaining councils. One of his recent cases concerned the interpretation and application of the national collective agreement which provides for a grading system and salary levels for nurses. His carefully considered interpretation of the agreement, concluded under the auspices of the Public Health and Social Development Sectoral Bargaining Council, was upheld by the Labour Court on review and subsequently by the Labour Appeals Court.

Most importantly, Rani preferred to assist employers and workers in finding solutions to labour disputes through mediation, a process that lends itself to creativity and consensus-seeking. This view is very much in line with how his wife described him: “A leader in both the professional field and personal relationships, he believed in instilling peace through progressive discussions.”

He was known for his delightful laugh and steady temperament as well as his passion for training, and mentoring in the field of labour law and dispute resolution. Most recently, he was a founding member of the South African Association of Labour Dispute Resolution Practitioners (Saldrep) – a professional association of labour dispute mediators and arbitrators in both the public and private sectors, which was established in the wake of the Covid-19 pandemic.

The association was established not only to promote professionalism among mediators and arbitrators, but to ensure that these professionals are operating in a safe environment in view of the pandemic. It is therefore both tragic and ironic that he took ill after returning to work in order to serve the public by resolving labour disputes and dispensing social justice.

Rani’s combination of professionalism, kindness and sincerity will be missed by all his colleagues. Saldrep, on behalf of all its members throughout South Africa, expresses its sincere condolences to his family, friends and community. The association will be convening an online memorial service for him. Details will be announced on www.saldrep.com DM/MC

Mike Marawu is an independent mediator and arbitrator serving as part-time commissioner for the CCMA and various bargaining councils. He has his origins in the labour movement, largely representing workers in the insurance and banking industries during the 1990s.