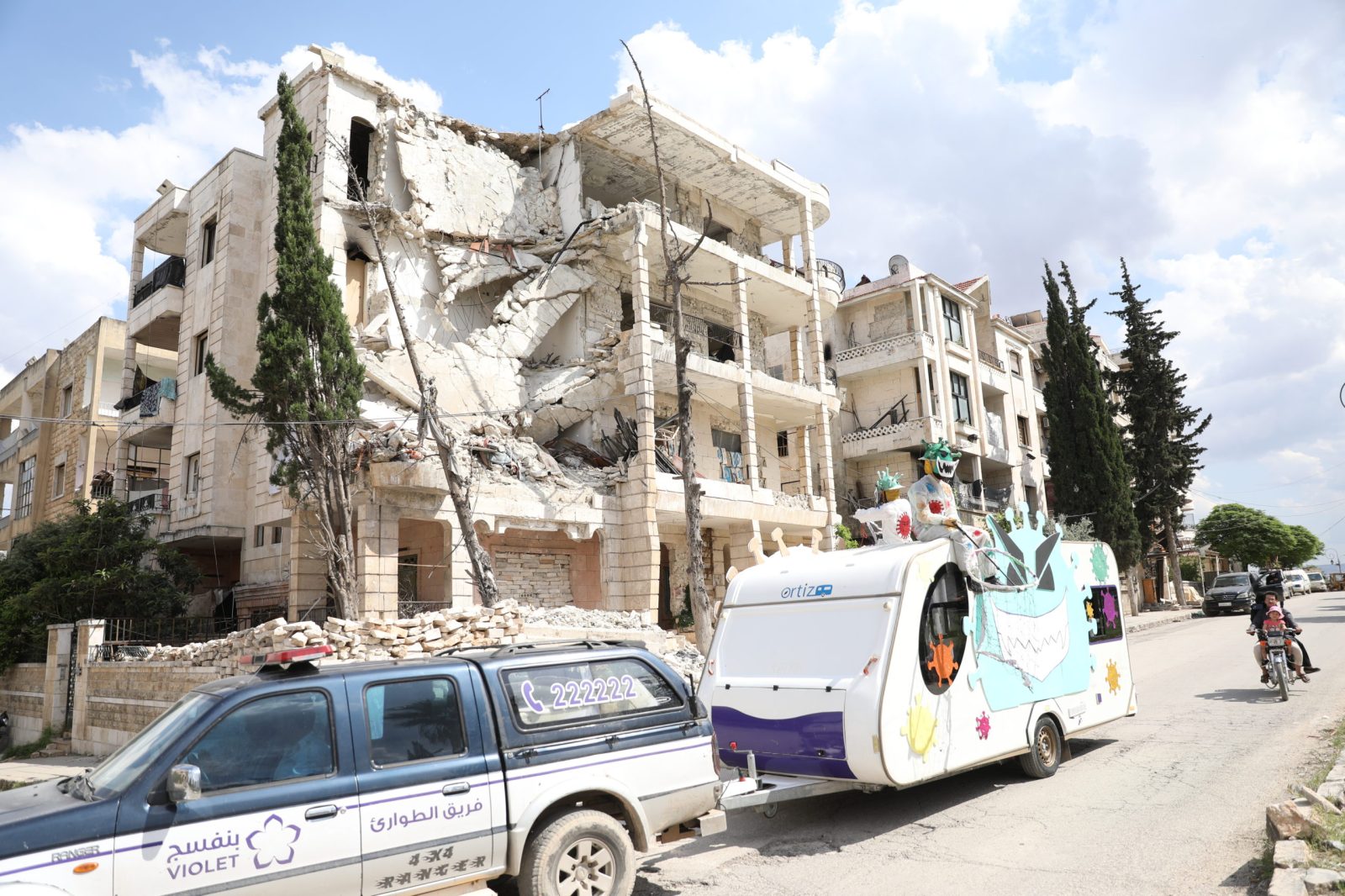 epa08392442 A truck for prevention against the COVID-19 coronavirus disease, operated by local NGO 'Violet Organization', drives through the streets of Idlib, Syria, 29 April 2020. EPA-EFE/YAHYA NEMAH

GENEVA, July 7 (Reuters) - Syrian and Russian planes have carried out deadly aerial strikes amounting to war crimes on schools, hospitals and markets in Idlib province, U.N. investigators said on Tuesday in a report that also condemned attacks by jihadist fighters.

They said that “indiscriminate bombardment” by pro-government forces, ahead of a March ceasefire brokered with Turkey, claimed hundreds of lives and forced nearly one million civilians to flee, which may amount to a crime against humanity.

Fighters from HTS, a group formerly known as Nusra Front, have tortured and executed detainees, it added.

“What is clear from the military campaign is that pro-government forces and UN-designated terrorists flagrantly violated the laws of war and the rights of Syrian civilians,” Paulo Pinheiro, chairman of the U.N. panel, said in a statement.

The report, covering Nov. 2019 until June 2020, was based on overflight data and witness testimony.

It examines 52 “emblematic attacks” in northwest Syria, including 47 attributed to the Russian-backed Syrian government.

Russian warplanes were solely implicated in a deadly March 5 strike on a poultry farm near Marat Misrin that sheltered displaced people and in three strikes next to a hospital damaged in the rebel-held town of Ariha on Jan. 29, the report said. Russia denies involvement in the latter attack, it said.

The region is home to a mix of Islamist militant and opposition groups, many of which fled other parts of Syria as President Bashar al-Assad, with Russian backing, seized back territory from them.

“The Commission has reasonable grounds to believe that pro-government forces committed the war crimes of deliberately attacking medical personnel and facilities by conducting airstrikes,” it said.

Karen Koning AbuZayd, a panel member, said: “Women, men and children that we interviewed faced the ghastly choice of being bombarded or fleeing deeper into HTS-controlled areas where there are rampant abuses of human rights…