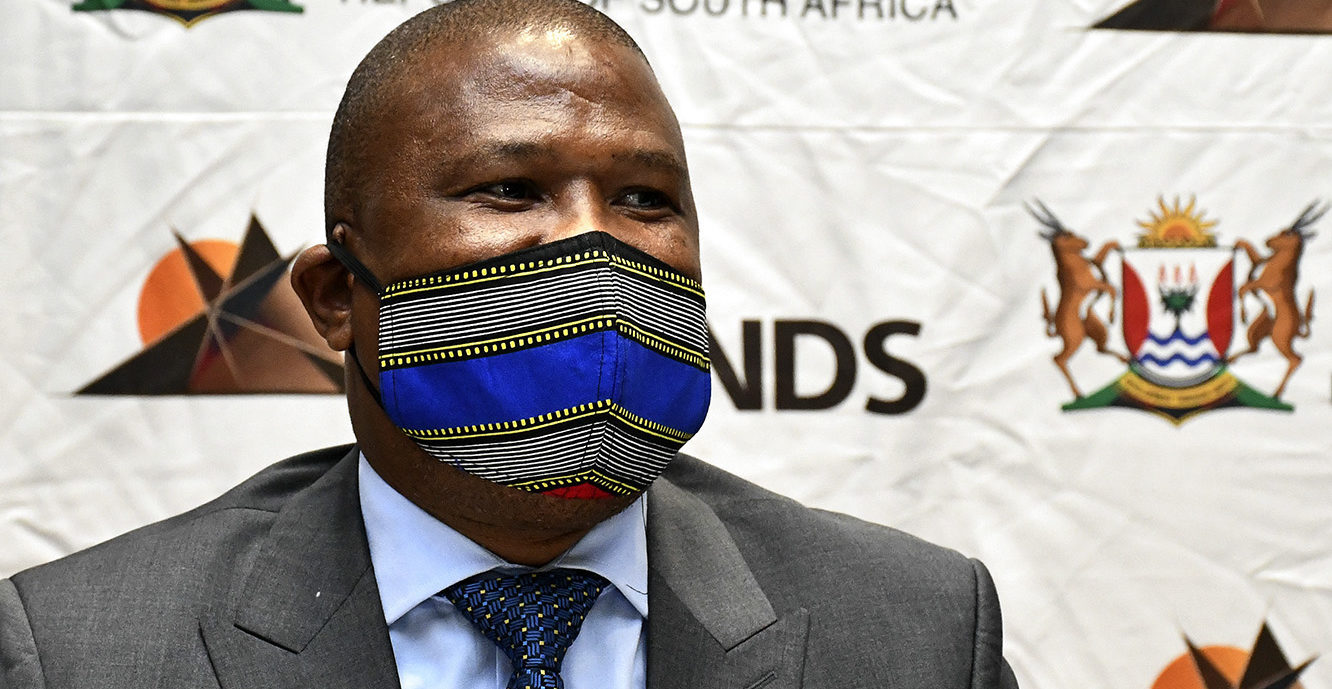 Eastern Cape Premier Oscar Mabuyane has announced that committees will be set up in the province's Covid-19 hotspots in an attempt to slow the high infection rate. He said 87 wards in the two metros had been identified for this strategy. Another concern is that serious crimes have shot up in the province since the sale of alcohol was unbanned.

The premier of the Eastern Cape, Oscar Mabuyane, announced on Tuesday morning that the province will change strategy and now try to manage the outbreak of coronavirus infections by introducing community-based joint operations centres.

Mabuyane also said he hoped the new ward system would assist police to fight crime in the province. This, after 338 new rape cases were reported in the Eastern Cape in just 25 days.

The premier said he has asked President Cyril Ramaphosa to order a Special Investigations Unit probe into a R2.6-million invoice issued for a door-to-door Covid-19 awareness campaign in the OR Tambo municipality. There are doubts that the service was delivered.

“We were not surprised when it happened because we knew there would be chancers who wanted to use the pandemic to get rich quickly,” Mabuyane said. He has directed accounting officers to be on high alert and pay more attention to procurement.

“We yearn for convictions in this case so that even those who are thinking of [committing] similar crimes elsewhere, can know that there is a price to pay.

On the resumption of classes, Mabuyane had this to say: “We have engaged national government requesting permission for us to delay the phasing-in of other grades in the province. He said all but Grade 7 and Grade 12 will now start returning to school from July 27, with Grade R being the final group to return on 17 August.

On efforts to fight the pandemic, Mabuyane said their new strategy will focus on the 87 wards in the province’s two metros, Nelson Mandela Bay and Buffalo City.

“We have observed that in the two metro municipalities, there was a drastic increase in Covid-19 cases along urban corridors in all directions,” Mabuyane said, explaining that they were worried about the “prominent potential” of superclusters forming, which would impact on highly vulnerable rural areas.

The provision of beds and construction of field hospitals feature prominently in the plan, with Mabuyane warning that they wanted more Covid-19 patients to be isolated in state facilities “to avoid the risk associated with inappropriate and dangerous behaviour of some people self-isolating in their homes.

“More positive cases should be isolated under supervision for us to reduce local spread and avoid a rapid increase in the positive caseload,” he said.

An initial plan to add 4,000 beds by constructing field hospitals has been scaled down. Mabuyane said museums, school hostels, nursing colleges and trading centres will be converted into field hospitals to provide 2,080 additional beds and 218 high care beds for patients needing oxygen.

He added that he also wanted the ward-based response plan to help address a huge spike in crime in the province since the sale of alcohol was unbanned last month.

In the first 24 days of June, there were 338 rape cases, 267 cases of murder and 82 cases of culpable homicide in the province. Mabuyane said the police were investigating a further 158 cases of attempted murder, 1,331 of serious assault, 116 accidents caused by drunk driving and another 66 incidents of drunk driving

He added that his government was receiving “disturbing reports” of businesses not complying with health and safety protocols to prevent the spread of Covid-19.

“Unions and shop stewards must be vigilant,” he said, “and ensure that the safety of their members is prioritised during this pandemic.

“This is a matter we will be vigorously attending to with the department of labour,” he said. DM/MC