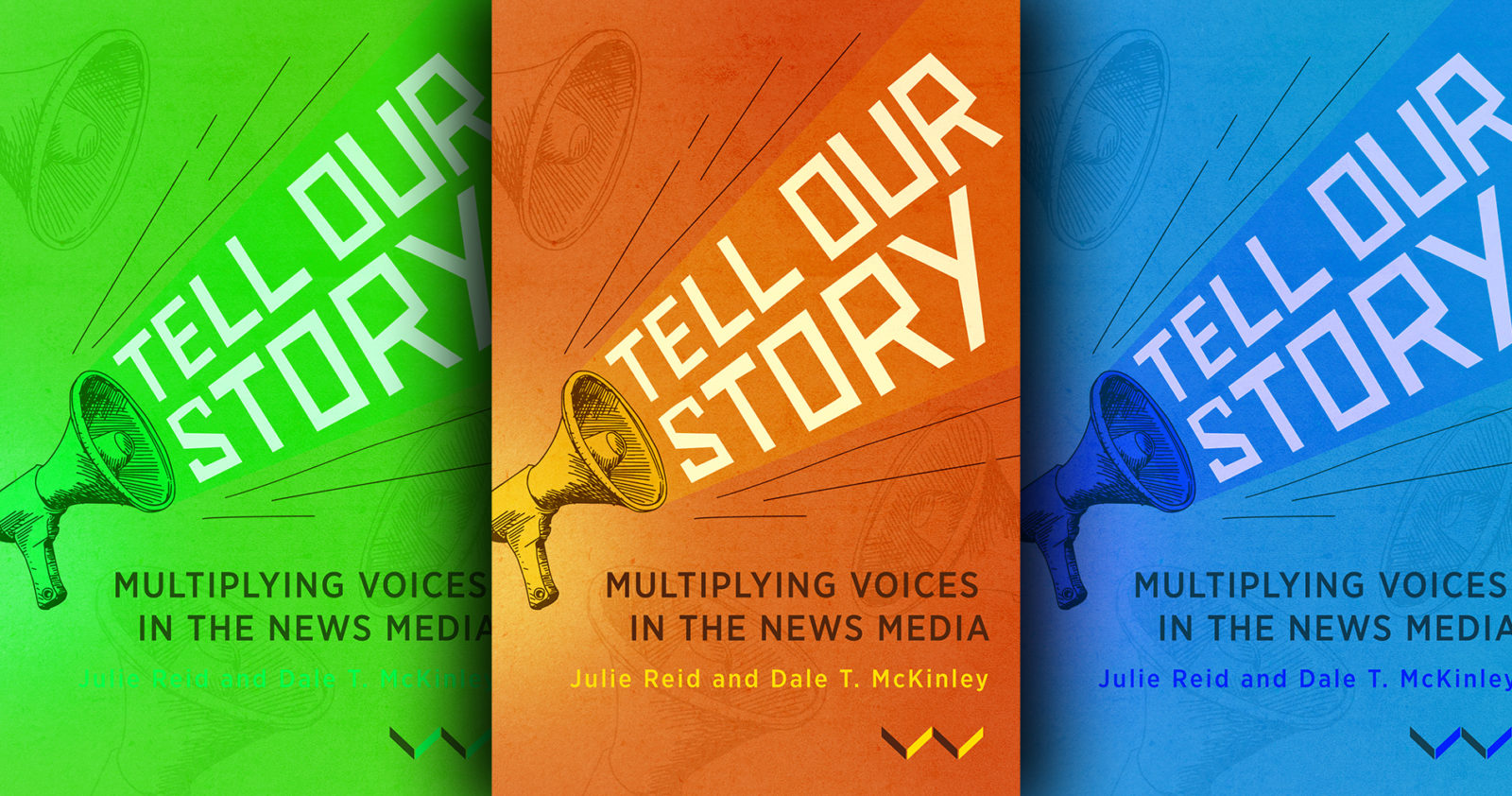 In their recently published book, Tell Our Story. Multiplying voices in the news media, Julie Reid and Dale T. McKinley explore grassroots community stories that often get overlooked by mainstream media and they use these stories to critically evaluate the role that the media plays in constructing and disseminating dominance. They offer some background to the book.

The Covid-19 pandemic continues to expose a range of acute inequalities across and within societies around the world. Nowhere is this clearer than in the disproportionately negative impact on the lives of the marginalised and poor.

Public health systems are under heavy strain, unemployment is rising, access to online education alternatives for all scholars is unrealised and opportunities to eke out even a meagre income in the informal sector are declining. Combined with overcrowded and highly polluted living conditions, which make physical distancing and maintaining hygiene nigh impossible, the spread and impact of the pandemic in poorer communities are exponentially more virulent.

Responding to these realities, a small collection of social commentators have suggested that a post-pandemic world can and should be a better one. They point to the possibilities as we emerge from this particular crisis (as we will eventually and inevitably do), of enacting deep and lasting structural reforms to address the systemic inequalities that the virus itself has so viciously exploited. One of those reforms must be how the dominant media listens to, represents and publishes the voices and stories of the very same marginalised, and poor.

Many media scholars have argued that the so-called “mainstream” news media has a poor track record of representing the interests and stories of the most vulnerable, including the poor, the differently abled, women, minorities, migrants and first nation peoples. We prefer to use the term “dominant news media”. For us, the dominant media is understood less in terms of the formal structures of media ownership, but more in respect of the direction of a dominant societal narrative. It is identified in terms of its content, rather than according to ownership structures or market share.

The dominant media comprises the varied collection of media reports, journalists, editors, articles, broadcasts and media outlets, which collectively direct the trajectory of public discourse on any particular issue towards the same or a similar cohesive understanding of events. It includes then, media outlets that may fall within the stable of privately owned, corporatised media conglomerates or public service media institutions, but which all behave in accordance with the dominant narrative.

That narrative emanates from the dominant news media’s habitual reflection of an “elite bias”, which gives privilege to the interests of a small segment of society that possess political, social and economic power. In turn, the voices and stories of the vast majority (i.e. the marginalised and poor), are either ignored or made functional to the dominant narrative. There is much research that provides empirical confirmation.

We uncovered and confronted this critique by engaging deeply with three different grassroots communities around South Africa. All of these communities have engaged in long-standing struggles, the associated events of which had been reported on in the country’s news media.

For our research, we engaged with relevant organisations and activists, who both work with and live in each of the communities. We conducted a range of in-depth interviews with community members in order to get the real, full, detailed and bottom-up versions of their respective stories.

Further, we conducted a full-scale media content analysis in order to determine how the voices and stories relevant to each of these three communities were represented by the dominant media, as well as how these stories have been communicated by the relevant centres of power, including government.

What we found fundamentally validated the critique of the dominant news media mentioned above. Our accumulated evidence exposes the gap between the actual/real stories of these communities and those told by the dominant media. In the process, the mistruths, myths and self-interested motivations behind the discourse and thought frame that characterises the storytelling, are laid bare. The dominant news media characteristically applied negative and stereotypical frames to the stories of these communities, as opposed to the often positive and always grounded stories told by the community residents and organisations themselves.

To ensure that a post-Covid-19 world is a more just world, social and economic inequalities will have to be confronted and undone. The required structural reforms will necessarily be preceded by much debate and, in all probability, conflict. Until there are no dominant media, it will continue, even in a post-pandemic world, to be the main conduit for the dissemination of voices within those global/national debates and storytelling. What is absolutely crucial though is that the voices of the poor and marginalised must be a central part.

We cannot hope to build a more equal society if we do not listen to the voices, experiences, and stories of the marginalised and poor. After all, it is they who are best placed to inform all of us of how inequality, and this virus which has super-charged it, continues to impact on and shape their lives. DM/MC

Tell Our Story. Multiplying voices in the news media (2020) is published by Wits University Press.

Professor Julie Reid is Associate Professor in the Department of Communication Science at the University of South Africa; Dr Dale T McKinley is Research and Education Officer for the International Labour, Research and Information Group, and Senior Research Associate in the Department of Anthropology and Development Studies at the University of Johannesburg.

Eerste River: Parents and pupils resort to makeshift school under the trees after WC Education Department lets them down

Resilience pays off for Atteridgeville matriculant with stellar grades

Now is the winter of our Covid discontent – but can a bright new spring be on the horizon?