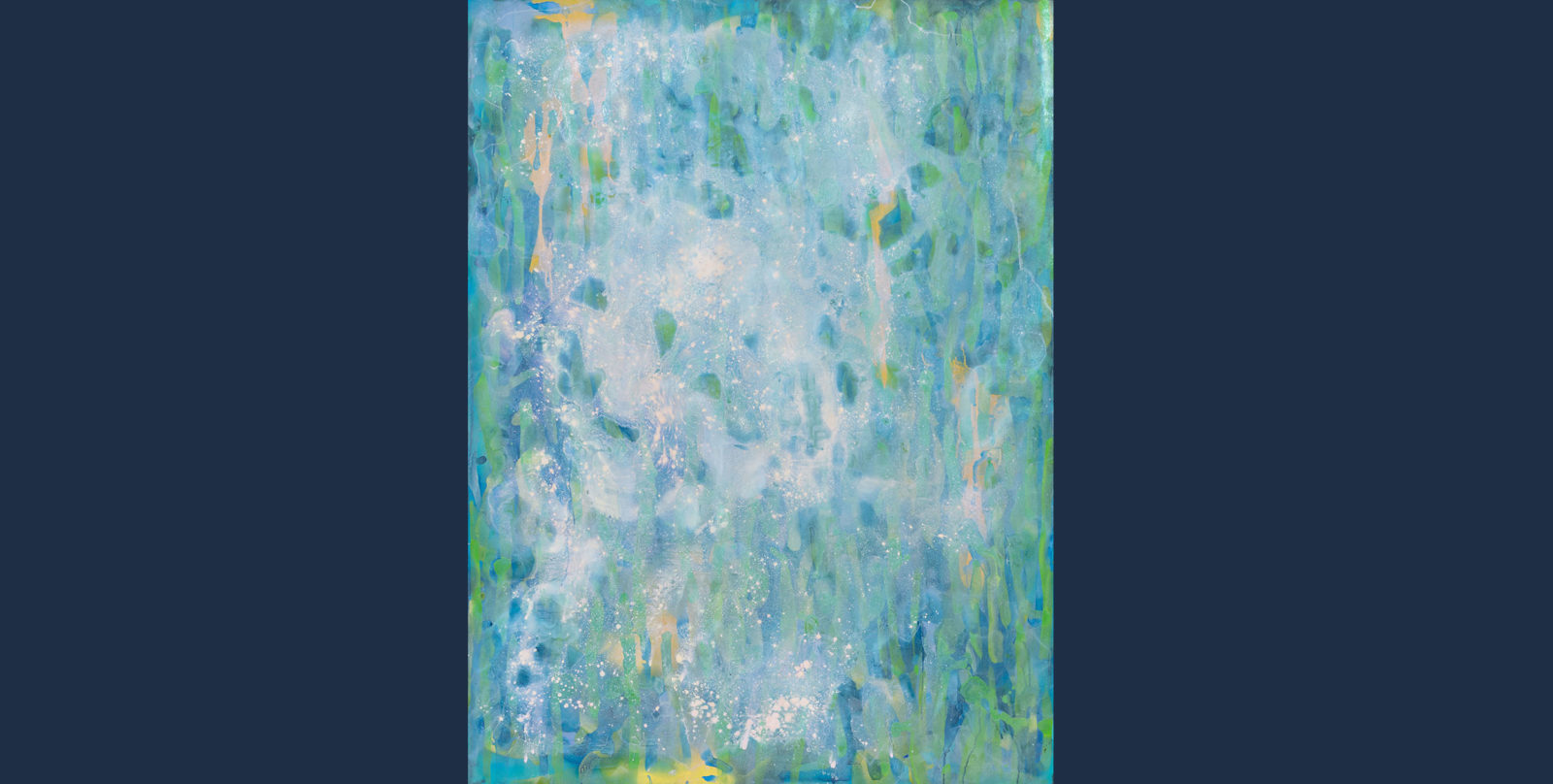 In times of uncertainty, many readers turn to poetry, seeking not just consolation but clarity. “Unlocked: Poems for Critical Times” brings South African poems to those facing the isolation, confusion and unease engendered by the Covid-19 pandemic.

Editors’ note to readers: The automated sound device that accompanies articles in the Daily Maverick is to assist readers who are blind or have reading difficulties. It is not designed for poetry. Where possible, we advise you to read the poems rather than listen.

This is my final feature for “Unlocked: poems for critical times.”

Since just after lockdown, more than 50 poems by South African poets have appeared in 18 features, accompanied by the visual images of many artists. It has been a pleasure and honour to source the work, but difficult too, as by no means all the poems I admire and thought appropriate could be included.

I thank the poets and artists, publishers and galleries who gave permission to reproduce work, sometimes with very short notice. My special gratitude to Antjie Krog for her generous assistance. Thank you to Mark Heywood, poet and editor of Maverick Citizen, who responded warmly to my proposal for the series and supported and advised me in numerous ways; thanks to Emilie Gambade, editor of Maverick Life, for facilitating the process.

The formidable Russian poet Marina Tsvetaeva wrote that “a comet’s path/is the path of poets” and elsewhere that poets when asleep “discover/the flower’s formula, the star’s law.” She also said that every poem is “a love-child”, “laid at the wind’s/mercy, at the wheels’ rut.”

I hope you engaged with the love-children I found, that they yielded clarity, confrontation or comfort, and that you appreciated both the burden and beauty of words and the spaces between words.

The poems below, whether by quiddity, grace or sobriety, celebrate the natural, material and relational world. They return, to our sometimes faltering attention, the preciousness as well as the precariousness of the everyday.

Robert Berold’s “Praise Poem” enumerates the quixotic profundity of apparently unconnected phenomena and processes. From “all tumbling/feelings” to “helium” and “the seabird’s clavicle”, from “silver dunes” to “gooseflesh”, the subjects of the speaker’s observations are united in a word waterfall of gratitude.

“My Mother’s Laughter” by the late Chris van Wyk speaks to us with his characteristic narrative verve and tenderness. Like the prisms caught in his marbles, he describes how his mother’s laughter also captured the sun of his childhood, and drew everyone into her generative orbit. Her laughter offers a taste of “citrus mirth, deciduous pleasure. Evergreen.”

In Mark Heywood’s “Of Ducks and Dusk” the speaker observes with reflective wonder the regular evening return of ducks and their departure again each morning, comparing it with the daily human commute. The poem pleads with us to “protect” nature’s “unknown electricity” and cherish the connections that make “our impermanence glow.”

It is with special pleasure I reprint Nunke Khadimo’s poem “//Aeku”, which praises the numinous eland, the respectful relation between human and animal, and the desire for transformative experience. Composed orally in Khwedam, the language of the Khwe people, it was translated by Nunke Khadimo and Antjie Krog into Afrikaans some years ago. Thereafter the transcription of the original was written down by Tomsen Nore in an orthography that has only recently been devised. Nunke Khadimo’s poem and Antjie Krog’s translation into English appear below.

I conclude with “Kalahari Campsite, a short poem of my own, as a farewell.

for layers of sea,

for the benzene key

for the mind of earth:

for the oxbow turn

on the Fish River,

From The Door to the River, Bataleur Press, 1984

When I think of my mother’s laughter

and how it rang through my childhood

I search for a way to bring it to you

and the nearest analogy of those

sounds that slaughtered the sadness

When I loosened the string

that choked my bag of marbles

and threw them onto the earth

they captured the sun in their prisms

even as they ran free

and transformed their little windows of light

into coins that I squandered on joy

with all my friends.

On Sundays my mother’s laughter

off the shoulders of the churchgoers

flung us into the streets

with our white shirts pockmarked

with the talismans of tomato sauce

and the brooches of beetroot.

flew through the nets of the goalposts

and the bags of the whistling orange vendors.

Throughout her life my mother laughed

as she still does today

and even though there was much to cry about

as there is even now

so seldom does she weep

that I am forced to put her tears in parentheses.

My mother’s laughter grows out of our house

and people come to taste it.

My mother’s laughter runs in the family.

From My Mother’s Laughter: Selected Poems, forthcoming from Deep South later this year.

Of Ducks and Dusk

Each night, as far as I know, the ducks return

Taking their signal from the slant of the sun

They wing in from the east, riding the dusk

In groups of twenty, they circle,

Each lap slightly lower, as if tracing the shadows of the fading sun,

So that you can hear the beat of their wings,

Feel the effort to battle with gravity (like cats with wings)

Then brake and drop, suddenly lost in the arrival of dark.

The tide’s global sweep has pushed away the light

Now only a meaningless chatter, who says what and why

I cannot know, neither do I know their journey’s origin

Or whether, when or where-to they will depart in the morning.

These things I have not observed, or looked for.

I know the day’s routine that blinds us,

The shunt to the city

As the sun’s first waves poke light back to being

Triggering a million small unseen actions that make a whole,

A society, an economy,

Rarely conscious of the connections that make the merry go round

Viewed from above, this river of shiny, insulated humanity

This habit-driven surge to office or factory or home

The taking up of tools, the drive of the hours, most actions a rebound

Each acting out what it thinks is its part,

Seems as inexplicable, as unconscious, as the ducks,

But devoid of its beauty. These things I am part of.

Standing alone, soon too to be engulfed by the dusk

I am just an object of nature, a rock or a tree

I do not interrupt or intrude, my thoughts have no motion

But all the worlds are alive and warring in my mind

The ducks make me think of the need to slow down, depart the race,

That makes us capable of thought and feeling and observation.

And, as it does, makes theatre

And shine down through our transience,

Translated from Afrikaans by Antjie Krog

eland, I see a blue sky

I can do nothing with it

I see a baobab, oh dear eland, and the sun. I see

wild rosemary and a pied crow. I cannot do nothing with it

I want to be something else, eland

I am scared of strangers

I am glad for all the thing(e) on earth

oh Tablemountain in the south

how beautifully you have been made  are you created

I am glad to work here, eland

I see buffalo thorn and a speckled pigeon

In the Kalahari night we wonder at stars –

above us so far, so many, all indelible –

we think we’re underneath them, they’re in space and time

beyond us, we’re small and fleshy and they are adamantine

the whole world is stars and nothing else

an owl’s alarm call, the pattern of ants across stone

they’re all stars, and we too are stars

we glitter, we rotate, we fall away

we are nothing, there is nothing, but stars.

The politics of selective condemnation: ‘Silencing the guns’ in Zimbabwe during a pandemic

Police blamed for shooting of boy, 11, during protest