The new normal: How virtual can we go? 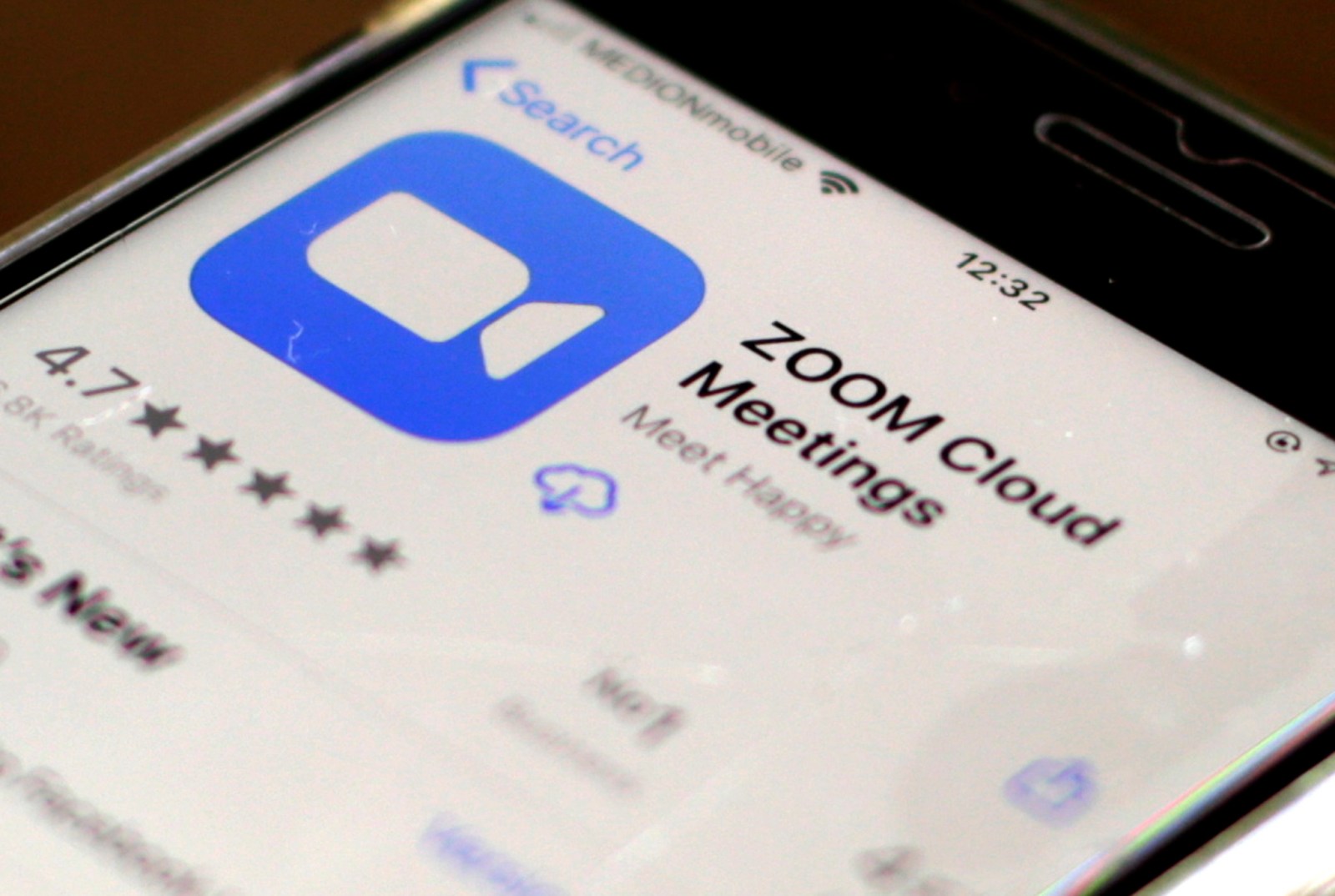 Doing away with face-to-face conferencing and going completely virtual is not without challenges and losses, says the writer. (Photo: EPA-EFE / Mattia Sedda)

The global Covid-19 pandemic and the need for social distancing has disrupted ‘traditional’ ways in which businesses and enterprises operate, with frequent face-to-face meetings possibly being a thing of the past. Through a series of webinars, the University of Cape Town is seizing the moment to reimagine education.

The University of Cape Town (UCT) is hosting a series of virtual events between June and September around how to reimagine the global university in the current and post-Covid world. The themes include the pros and cons of digital conferencing, how Africa can become the leader in international collaborations, and how to rethink global collaborations for a sustainable and equitable planet.

Last week, four experts met to converse on the future of conferences and international meetings with the intention of rethinking these spaces for a sustainable and equitable planet.

The event was hosted by Mamokgethi Phakeng, UCT vice-chancellor, and moderated by Kelly Chibale, professor in organic chemistry and director of H3D, who asked tough questions ranging from inequalities and prejudices to inappropriate behaviour at conferences.

Toward a more sustainable and equal system

“We’ve tried to be inclusive in terms of where we have our events, we’ve held them in all continents. We’ve been in Accra, in Ghana, in Abuja and in Johannesburg, but actually, [these events] are still constrained by the physical realities of buying a ticket, getting on an airplane and, in many cases, getting your hotel booked,” says Baty.

Baty explains that as politicians become more nationalist as borders close, the academic community and Times Higher Education need to work incredibly hard to preserve the ability to share ideas and exchange knowledge across the globe.

Having to immediately move online has taught them two vital lessons:

“The second, is that we can reach out far more broadly and more widely now. We normally have maybe between 200 and 400 senior leaders at our events. We’ve conducted seven events virtually since March 2020, and we’ve engaged 6,000 people from more than 100 countries.”

Despite the clear need for social distancing and the pros of virtual conferencing, doing away with face-to-face conferencing and going completely virtual is not without challenges and losses.

Mozambican sociologist Isabel Casimiro, president of the Council for the Development of Social Science Research in Africa (CODESRIA), explains that many countries and universities do not have the capacity to support virtual gatherings. Like Mozambique.

“People need to have good cellphones and laptops. Our university [Eduardo Mondlane University] does not have this capacity for everyone. Internet is very expensive and sometimes the internet goes down,” says Casimiro.

She adds that universities and governments need to invest in education and in providing high quality and easily accessible internet for students and academics.

Baty explains that face-to-face conferencing offers a certain level of intimacy that cannot be gained through virtual meetings.

“Around 60% of fellows from the Royal Academy in the Royal Society, the British Academy, had said that they’ve collaborated specifically based on people they met at conferences. Those serendipitous encounters are very important.”

Despite the intimacy of in-person meetings, these meetings sometimes come at a cost, and not the kind that affects your bank account.

Baty says they have seen unacceptable practices at these conferences. “There have been extraordinary cases of unacceptable behaviour at conferences when it comes to the inequalities of the higher internal hierarchies in academia.

“We asked people, what is the most terrible behaviour you have experienced at an academic conference? I thought I would get examples of maybe arrogance, or complacency or people asking a question that’s too long, all these silly things. And actually, what we got is a flood, an outpouring of cases of sexual harassment and sexually inappropriate conduct.

Baty explains that virtual events can rule out a lot of the inequalities and prejudices that currently exist and “create a level playing field”.

Katye Altieri, lecturer in oceanography at UCT, says she has met very few people of colour and young women who have said that they miss the socialising of conferences.

“It is sometimes a very negative situation for young people and for women in particular.

“For so long, we’ve accepted that in-person conferences are the way they are, they’re pretty much all the same. That model is just the way it is. They happen annually, the cities rotate, but you know, there’s a definite mode of operating there. But I think we have the opportunity now to reimagine what the goal of the event is and how can we best achieve that goal.”

After attending a virtual conference (which is usually held in Vienna) earlier this year, Altieri says that it was a “fantastic experience.”

Altieri explains that typically, when attending the conference, she is the only member of her research group who is able to attend as the costs that such conferences incur are substantial. Costs include airfare, visas, accommodation, conference fees, and a daily spending budget.

Aside from saving a significant amount of money, Altieri says she appreciates a couple of things:

“The first was that I had time to prepare my presentation and prepare voice-over on to the slides. I could rehearse that multiple times until I was really quite happy with it. The second thing was the enormity of the conference.”

Altieri says face-to-face conferences typically result in rushed presentations and conference sessions, with very little room for engagement and discussion. However, this was not the case when it came to the virtual conference.

“Because all of the presentations were posted online first, the chat in the text was really dynamic. When it was time for my presentation to be discussed, it was the most engagement I’ve probably had over my science in a conference format.

“Every single member of my research group attended the conference throughout the week. I saw some of my graduate students, who I would consider quite shy… young female students who probably would not have stood up in a room of 300 people to ask a question. I see them on the checks, asking a question because nobody knows their students and nobody knows what they look like.”

Generally, when a researcher presents at a conference, the presentation is not stored and accessible. Altieri says that the only “negative” factor she encountered was that because presentations were able to be downloaded and viewed, she had the sense that people were a little reticent to share new and exciting research through the format.

“In this case, I think it led to people holding back a little bit being a little more conservative. However, overall, it was an extremely positive experience,” says Altieri.

Esther Ngumbi, assistant professor of entomology and African American studies at the University of Illinois Urbana-Champaign, says that with the pandemic, now is the time to seize the moment and reimagine education, especially in Africa:

Addressing students and young academics around the world, Ngumbi says that at face-to-face conferences, “you could not share your research because most of the time you couldn’t make it to the conference. If you do make it, you are probably looked down upon because you’re coming from Africa, and you’re probably not doing a breakthrough of the ‘real science’, as they [senior academics] call it. Now you can share [your research] with the rest of the world, so go seize the moment.”

Altieri says in the recent past, not attending face-to-face conferences was noted, affecting your reputability within the academic community.

“I think for many of us scientists, that’s why we do it [attend conferences in person]. That’s not a great reason to spend 24 hours on an airplane

“There is very little from the ‘old way’ that we’re really missing. I think this is a great opportunity to re-evaluate when and why we need to get together and do it in a much more focused manner, not just because it’s what’s expected of you. And I think we are in a new normal, and I’m looking forward to it.”

If there is one thing you can take away from this webinar, it is that virtual conferences provide you with the opportunity to exchange ideas and share your research. These conferences expose you to current international happenings, not only in terms of research, but also to the realities of inequalities and prejudices across the globe.

"Information pertaining to Covid-19, vaccines, how to control the spread of the virus and potential treatments is ever-changing. Under the South African Disaster Management Act Regulation 11(5)(c) it is prohibited to publish information through any medium with the intention to deceive people on government measures to address COVID-19. We are therefore disabling the comment section on this article in order to protect both the commenting member and ourselves from potential liability. Should you have additional information that you think we should know, please email [email protected]averick.co.za"