Covid-19: A terrifying glimpse of a future where overpopulation and climate crisis overwhelm Earth 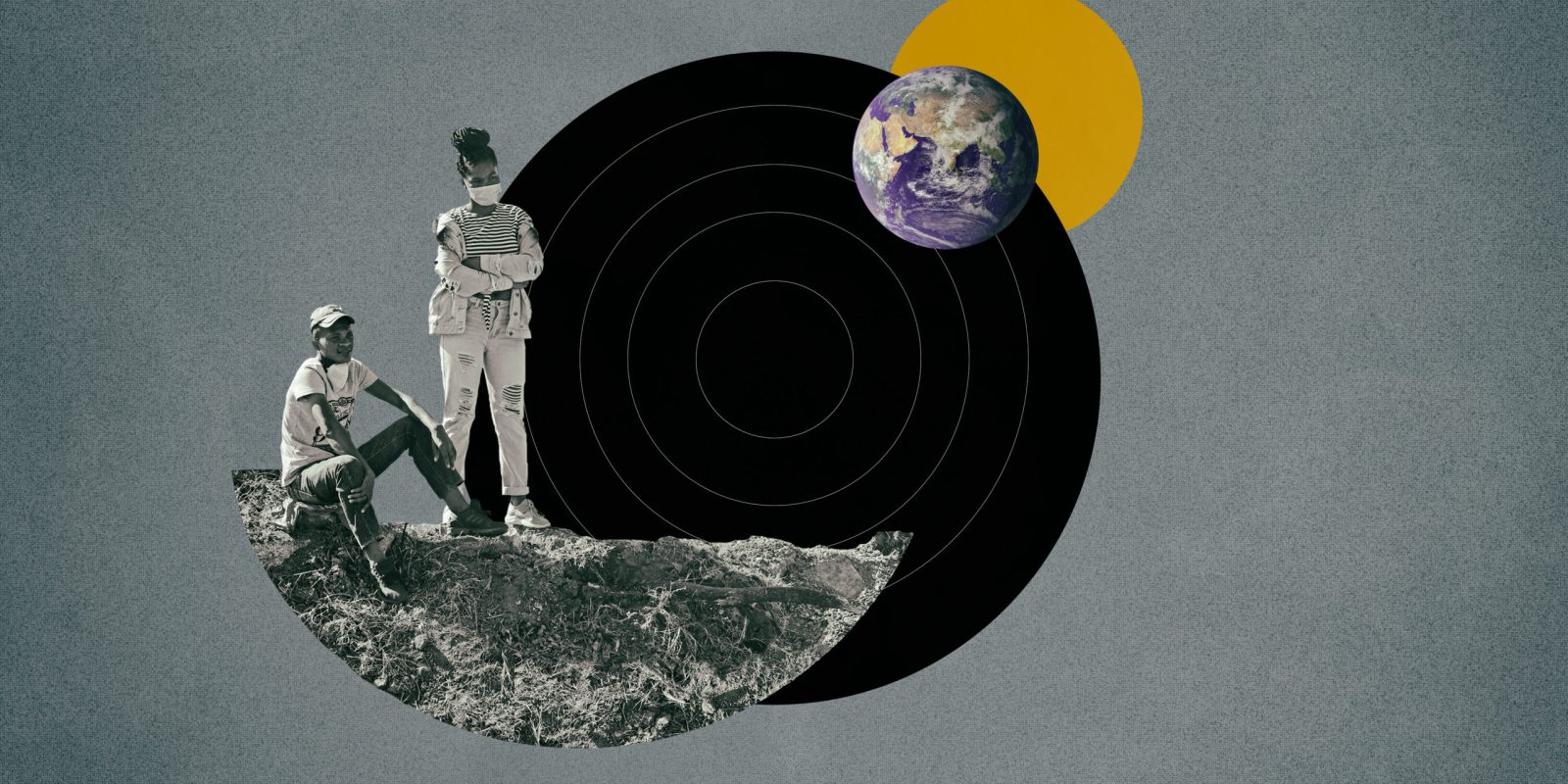 The pandemic has shone a terrifying spotlight on human vulnerability and has shown up our human arrogance and our delusional sense of superiority and dominance over the natural world, says the writer (Photo by Dino Lloyd/Gallo Images via Getty Images) / pngtree.com

A major consequence of overpopulation and the climate crisis is that wildlife has had to adapt to living in a new proximity to human beings. The increased contact between humans and wild animals has massively increased outbreaks of infectious zoonotic diseases like Covid-19.

In 1989 the United Nations established World Population Day which is observed on 11 July every year. The choice of 11 July was prompted by a milestone — the world population reaching five billion on 11 July 1987.

Each year World Population Day has a theme that highlights an issue relevant to global population. For example, in 2011 when the world population crossed the seven billion mark, the theme was on how to engage with and activate all seven billion people around the challenges related to our planet.

For most of human history, people largely lived in rural areas. In 2007, the global urban population outnumbered their rural counterparts for the first time. The shift was considerable – in 1950 there were about three-quarters of a billion people living in urban areas, but by 2018 this had swelled to 4.2 billion. South Africa has followed this trend with more than two-thirds of South Africans now living in urban areas.

We are currently in the middle of a global Covid-19 pandemic, and in South Africa we are in month four of a series of strict lockdowns. Hundreds of thousands of people have lost their jobs, children have been out of school for months and entire industries lie dormant. In this context, one might legitimately ask how important is World Population Day, and of what relevance is it for our current situation?

The first reason lies squarely in the climate concerns the world now faces, which in turn have their roots in population growth and increased human encroachment on animal habitats. As is now accepted (outside of a marginal group of climate change deniers), massive industrialisation in the past 200 years has resulted in significant environmental degradation.

The environmental catastrophe we may face (referred to as a Sixth Extinction by Elizabeth Kolbert (Kolbert, E. The Sixth Extinction: An Unnatural History. 2014. Henry Holt and Company) is a direct consequence of human activity resulting in massive increases in greenhouse gases which have led to temperature increase, shrinking glaciers and more frequent extreme weather events. The impacts of climate change are numerous, but a significant one has been the increasing displacement of people.

The current pandemic has shone a terrifying spotlight on human vulnerability and has shown up our human arrogance and our delusional sense of superiority and dominance over the natural world.

A big part of this, as I have argued, has been the shift from rural to urban centres, but increasingly it is linked to climate shifts and weather events. For example, in Bangladesh it has been estimated that by 2050 one in every seven people will have been displaced by climate change.

“Climate migrants” are only one of the examples of how population movement is putting further pressure on already vulnerable cities, forcing an ever-increasing expansion into previously remote animal habitats and “wild areas”. Rapidly expanding cities are devastating wildlife to the point where we are losing our biodiversity at a rate 1,000 times that in pre-human times. The total mass of wild animals has been reduced by more than 80%, while plant mass has been reduced by 50%.

One consequence of this is that the wildlife that remains has had to adapt to living in a new proximity to human beings. These new “intimate” configurations, and the increased contact between humans and wild animals, has massively increased outbreaks of infectious zoonotic diseases.

Zoonotic diseases are those caused by pathogens such as viruses, bacteria and fungi that are transmitted to humans by animals (David Quammen. Spillover: Animal Infections and the Next Human Pandemic. 2012. W. W. Norton & Company). Covid-19 is only the most recent example of this, and while we are yet to track the specific animal where Covid-19 originated, that it originated in an animal is in little dispute.

One of the conundrums of climate breakdown is that what is happening is not immediately visible and appreciating what is happening requires a long-term view that may be difficult for many. Act now to mitigate consequences in 20 years. Take a hit economically now so that your grandchildren will be in a better economic position than they might otherwise be.

A possible (beneficial) consequence of the current pandemic is that the reality of our encroachment, and the resultant diseases that we are going to be at risk of suffering from, is going to be increasingly difficult to deny or rationalise away. Added to this, we are also now beginning to see the shifts and changes at a much more personal level. There is increasing evidence, for example, that as temperatures rise, pregnant women exposed to higher temperatures and pollution are more likely to have a child that is premature, underweight or even stillborn.

Finally, as the environment degrades, breadwinners (in poor countries often men) increasingly leave agricultural areas, out-migrating in order to seek work. This leads to an increase in the workload of women as well as reducing their access to resources. And in the aftermath of extreme weather events and disasters, it is women who assume the burden of care for family members. This further limits their capacity to seek and engage in paid work.

The current pandemic has shone a terrifying spotlight on human vulnerability and has shown up our human arrogance and our delusional sense of superiority and dominance over the natural world. The world has been shut down by a minute virus (0,000065mm in diameter), and we are at a loss about the way forward. Our current predicament offers an opportunity to “build back better”, and to acknowledge our interdependence with one another as well as the natural world.

If we fail to heed the lesson, future pandemics and climate breakdown will make our current Covid-19 pandemic seem like a bit of a walk in the park. DM

Professor Mark Tomlinson is co-director of the Institute for Life Course Health Research in the Department of Global Health, Faculty of Medicine and Health Sciences, Stellenbosch University.

Covid-19: A terrifying glimpse of a future where overpopulation and climate crisis overwhelm Earth