A call to protest against the betrayal of Mandela’s legacy 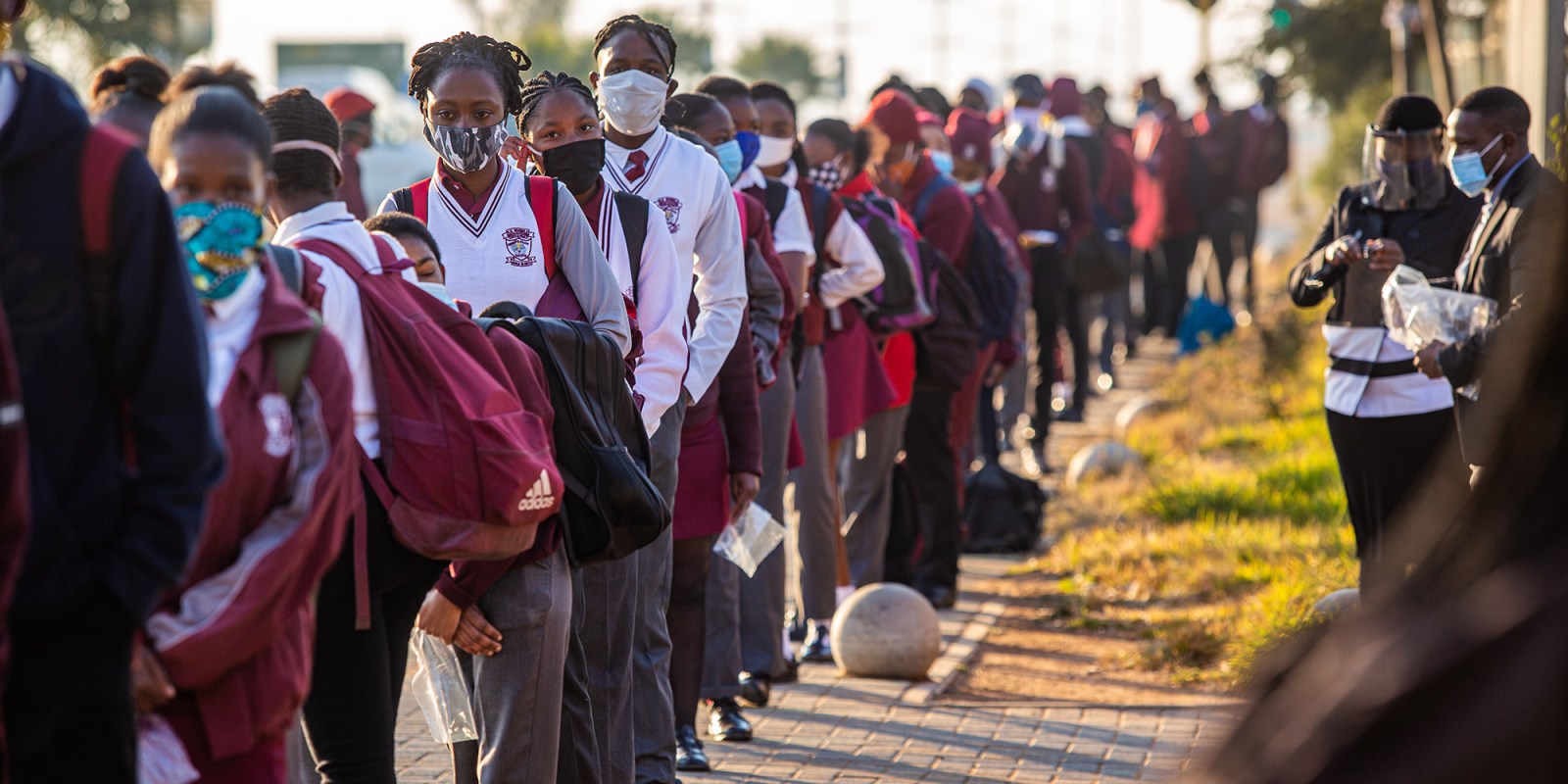 It is irresponsible for schools to reopen, say the writers. (Photo: OJ Koloti / Gallo Images via Getty Images)

On Mandela Day, 18 July, we will be voicing our frustrations around the betrayed legacy of Mandela and a better life for all.

We are members of the Gauteng Community Organizing Working Group, which is part of the C-19 People’s Coalition. Most of us lead teams of volunteers, and some of us are experienced activists and community leaders. Since the start of the lockdown we have been doing popular education and delivering food parcels to the most vulnerable households in our settlements and townships.

At our meeting last week we each gave a report on what is happening in our areas. Our experiences come from 17 communities in and around Johannesburg. We decided to write this article, which brings together what was said, because things are getting really bad. It is worse than the media is showing and much worse than what is happening in the suburbs, where most people wear masks, keep their distance and travel in cars.

People are frightened, and some have begun to panic. The trouble is that lots of other people don’t care. There is no compliance with regulations. The streets are busy again, and except in shops, people don’t use masks. They see the government opening casinos, restaurants and things, so they say, “corona is just a scam” or “don’t blame us for misbehaving”. The government is confusing people.

We all have experiences of police stations or clinics or schools or shops being shut. In one township the police station has been closed four times. It is particularly hectic in Lenasia, which is a hotspot. A whole mall was closed for a day, the Lenmed private clinic was closed because of infections among staff, and nine schools have been shut.

What makes matters worse is they don’t tell us what happens when a place is closed. Did they really do deep cleaning? How many people were infected? How many people went into quarantine? We need the clinics and other places open, but unless we get the facts we don’t know if they are safe, so people are afraid.

Selling alcohol again is a big problem. People come together and then there is more infection. In many areas, especially informal settlements, the government is absent, and alcohol shifts people’s concentration from corona. It drowns their pains, poverty, sorrows, hunger and stress.

The taxis are now operating at 100% capacity. There is no sanitiser. Some of the drivers say, “The government has opened flights and they are full, so why should we have limits?” The fares went up by R3, but now the taxis are fully loaded, so what was the increase all about?

In the schools, it’s mostly teachers who are infected. In one, a teacher collapsed, and it turned out to be diabetes, but people with diabetes shouldn’t be at work. Some kids are scared to go to school and some are refusing. In Pimville, the youth have requested us to organise a workshop.

The parents in Cape Town are right. It is irresponsible for the schools to reopen. So, we’ve agreed to have a picket on Monday 6 July.

The police don’t help. We cannot trust them. We’ve seen brutality and there’s more corruption now. In Tsakane the Community Police Forum has been in the mall and that helped. They should also be in the township and maybe expand with volunteers.

Most of us blame our president and Cabinet for this chaos. The state must be held accountable. And big companies don’t care. It’s profit before people. The poorest of the poor must fight for themselves. Now some people are getting angry.

Before, many people did not believe what we were saying. Now they want our help. Our popular education is even more important. We can use masks and sanitiser for consciousness-raising.

Doing door to door education also means we can see who is the most vulnerable, and we can do our best to help them with food.

We’ve decided to call for everybody to join us for action on Mandela Day, 18 July. We will be voicing out our frustrations around the betrayed legacy of Mandela and a better life for all. Like with 16th June, when we were also out with placards, “Asivikelane” is the big thing. We must all support each other. DM/MC