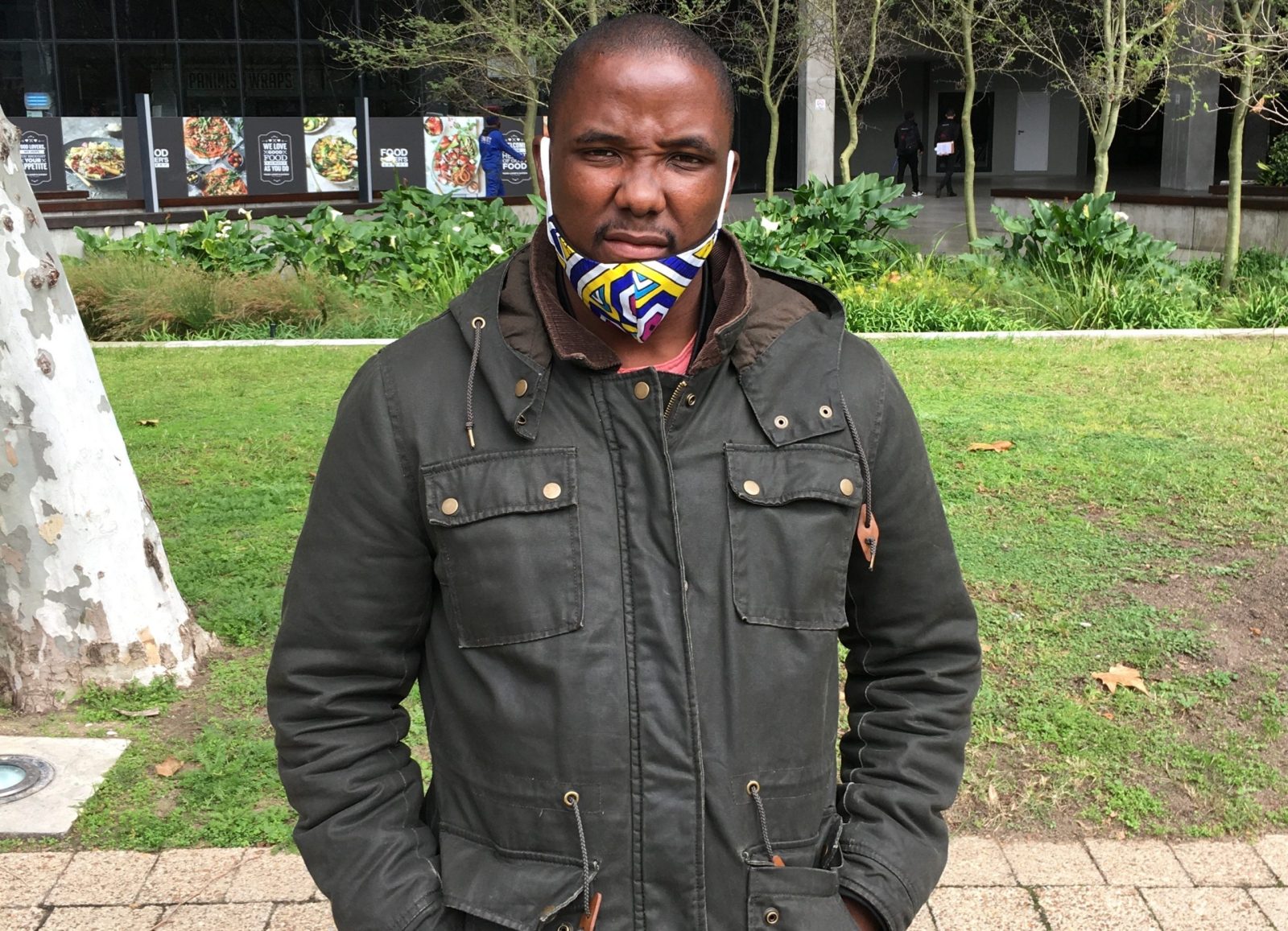 Bulelani Qolani was dragged from his shack on Wednesday, naked, by City of Cape Town law enforcement officers. The officers have been suspended. (Photo: James Stent)

Police Minister Bheki Cele and City of Cape Town Mayco Member JP Smith trade accusations as calls are made for those who manhandled Bulelani Qolani and destroyed his shack to be held accountable.

Axolile Notywala, a leader of the Khayelitsha Community Action Network and the Social Justice Coalition, has called for those who gave orders to destroy Bulelani Qolani’s shack to be arrested.

Notywala spoke at a press conference held on Saturday, 4 July in Ethembeni informal settlement, Khayelitsha. This is where City of Cape Town law enforcement officers were filmed dragging Bulelani Qolani naked out of his shack on 1 July 2020, before destroying the shack. The video went viral on social media. Some of the officers involved have been suspended, pending a disciplinary hearing.

Mayco Member for Safety and Security JP Smith posted a montage of photos on WhatsApp on 2 July 2020 with a caption stating: “Moments before the anti-land invasion operation begins, Bulelani is still clothed and watches the operations. Then, when the cameras were ready, he was suddenly naked and having a bath?”

Qolani was at the press conference and had to be consoled as he wept. “What is the city saying about me, my family and other homeless residents?” he asked. “I want the officials to apologise to me and the community for their brutality. The humiliation has left me depressed.”

Also at the press conference were Minister of Police Bheki Cele and Chris Nissen of the Human Rights Commission.

“The Special Branch arrested me many times while I was growing up. They even slapped me, but they never dragged me out of my place while I’m naked,” Cele said. “They always said ‘dress first and come with us’ when they arrested me. I never saw [what happened to Qolani].”

“Even if you have a court order, you must know that you are not evicting pigs, but humans,” he said.

Cele questioned the legality of the existence of Cape Town’s Law Enforcement unit. “If you have a structure that is armed, the law tells you how it is established,” he said. “If the structure was legitimate, the premier would have given me the documents,” he said.

Cele said city officials should not be allowed to investigate Qolani’s eviction. He said when he complained to Smith and the premier, “they never came back to me to tell me what they have found”.

Smith responded after the conference, stating: “I have just heard that Minister Bheki Cele claimed today that the city’s Law Enforcement agencies do not have an accountability body or an agency which investigates issues raised by civilians, when compared to SAPS which has IPID and various other mechanisms in place to hold officers to account. He said the law enforcement agencies act as somewhat of a ‘rogue unit’.”

Smith said: “This is, of course, absolute rubbish, as metro police … is accountable to many more oversight mechanisms than SAPS. It is accountable to the Internal Affairs unit within the city as well as to the Provincial Department of Community Safety as well as the Provincial Police Ombudsman as well as the Safety and Security Portfolio Committee as well as the Civilian Oversight Committee in the city, and we have repeatedly asked to be included within the oversight of IPID. It is only the failure of Minister Cele that has caused it not to be so, by failing to amend the law we asked national government to amend years ago.” DM