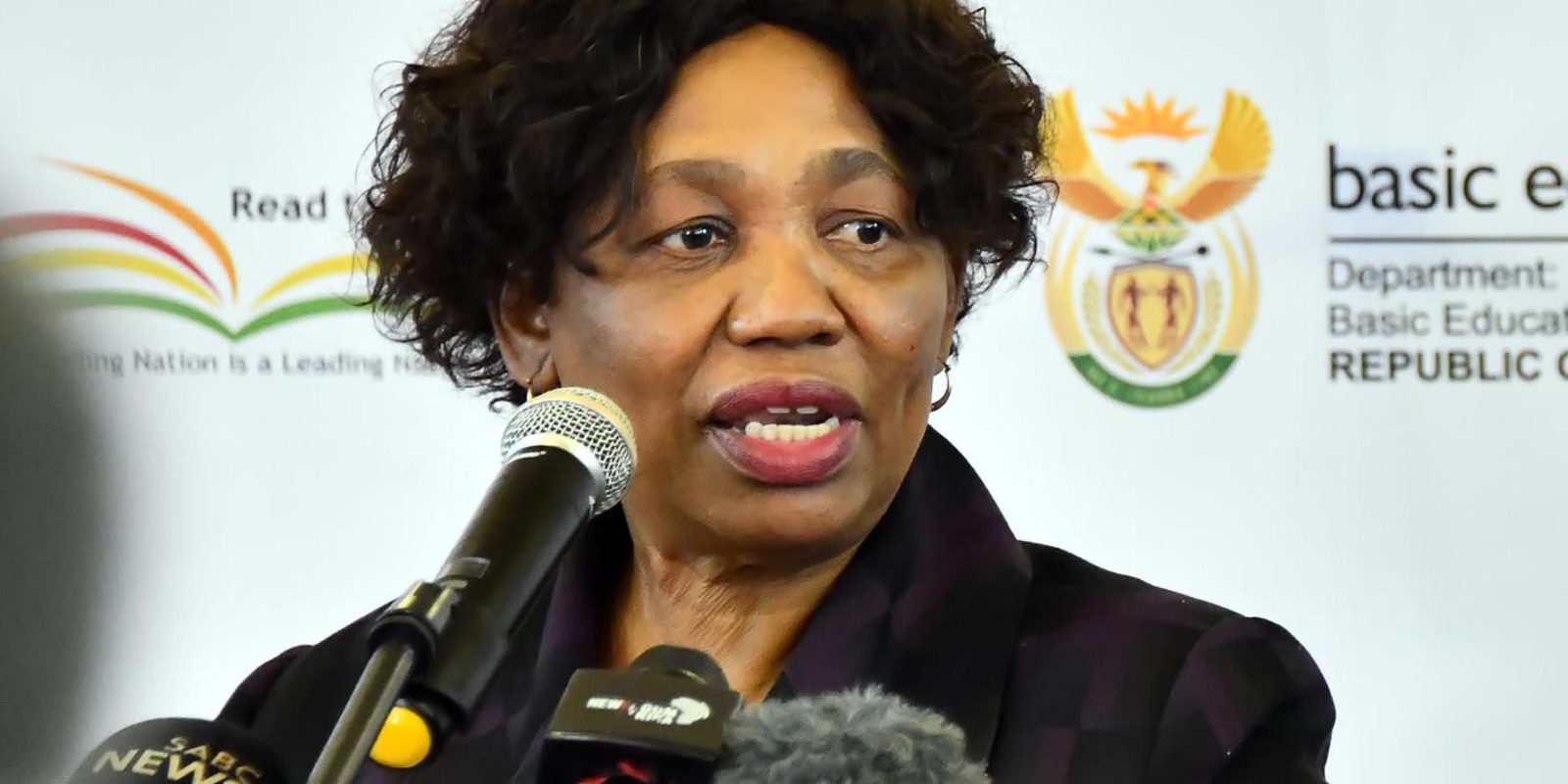 On Sunday 5 July, a day before more learners were supposed to return to school, the Department of Basic Education held a press briefing to discuss the phasing-in of learners and which provinces were prepared.

“This decision was made on Thursday 2 July, where the Council of Education Ministers (CEM) considered a number of variables, which inter alia included the rising community infections across the country and the risk-adjusted differentiated approach in dealing with the returning grades to school,” said Basic Education Minister Angie Motshekga at a press briefing.

“This is equivalent to less than 1% of the entire teacher population in our country,” said Motshekga.

A total of 1,260 learners had tested positive for Covid-19. This implies that 0.01% of our learners were infected by the virus, said Motshekga.

The minister also pointed out that “older children and adolescents are more likely to transmit the virus, and that strategies at the primary and secondary level need to be different, has also not been clearly communicated”.

On Monday, not all schools will be ready for the phasing-in of more learners, and the CEM agreed that “those provinces that are not ready to receive Grade R on 6 July 2020, must provide strategic and realisable plans for ensuring the reincorporation of Grade R learners to schools within, but not later than the end of July 2020,” said Motshekga.

Hubert Mweli, the director-general of basic education, said that by the end of the month about one million SA children will be back in school.

Godwin Khosa, the CEO of Nect, said 64% of schools that had indicated they weren’t ready to accept additional learners on Monday cited inadequate measures to reorganise learning, with 58.7% citing a lack of PPE for learners.

In an effort to minimise the number of learners at school at the same time, most schools were teaching Grade 7 and Grade 12 learners on alternative days. Most special needs schools had “stuck to the status quo” of their teaching timetables, said Khosa.

Parents who choose to keep their children home need to apply to their provincial education department to carry out home learning.

“Many parents and teachers overestimate the personal health risks they face, which in turn, can lead to excessive risk-avoidance, which is detrimental to schooling,” said Motshekga.

The minister also pointed out that “older children and adolescents are more likely to transmit the virus, and that strategies at the primary and secondary level need to be different, has also not been clearly communicated”.

She said it was crucial to have children back in school as the indefinite closure of schools would lead to increased “juvenile delinquency” and teenage pregnancies.

Parents who choose to keep their children home need to apply to their provincial education department to carry out home learning.

The National Professional Teachers Organisation of South Africa (Naptosa) is opposed to the phasing-in of more learners. It has called for the delay of the next cohort of learners at least until the first week of August. DM