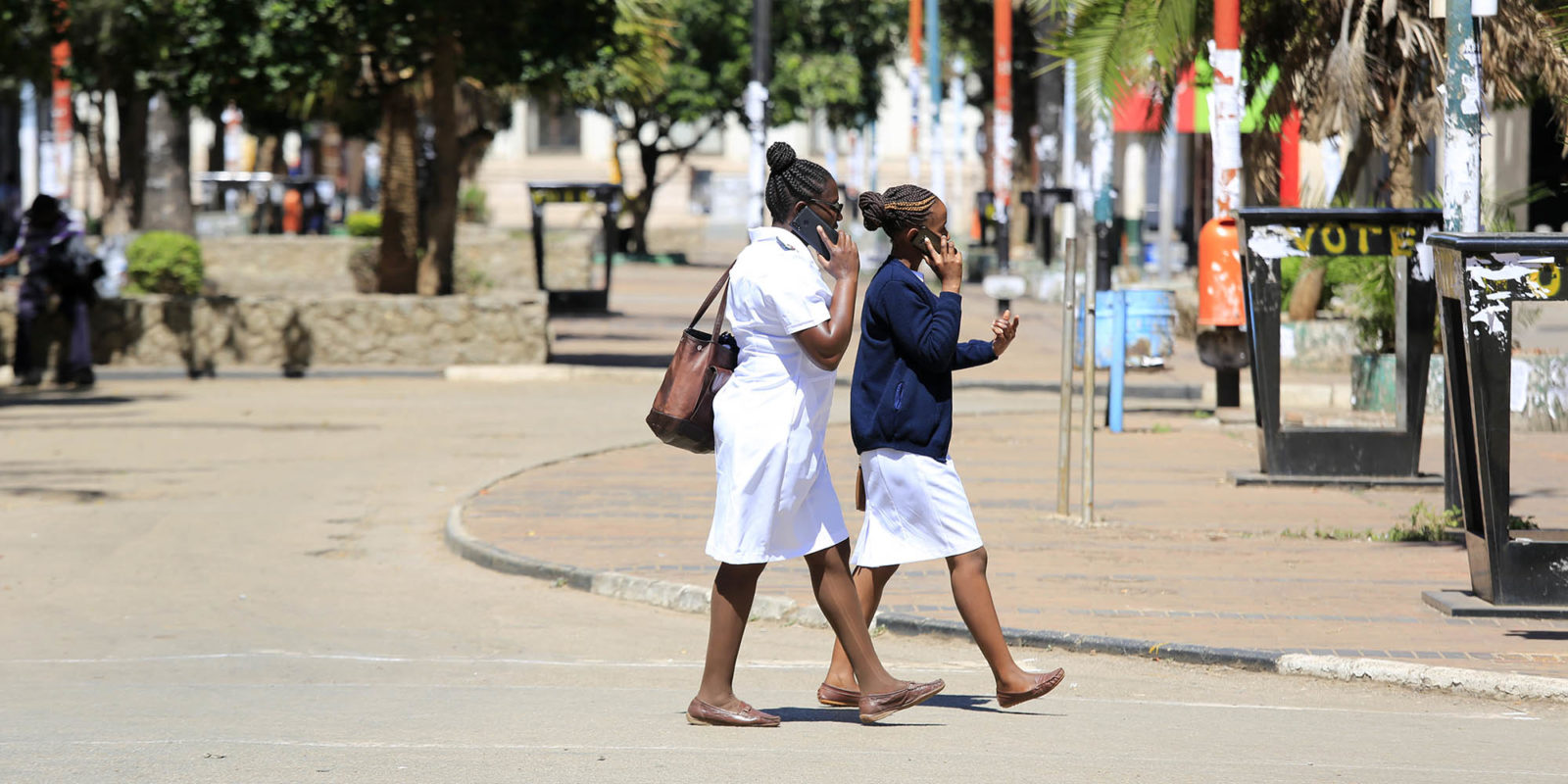 There is a shortage of healthcare personnel in Zimbabwe after at least 32 healthcare workers tested positive for Covid-19. (Photo: EPA-EFE / Aaron Ufumeli)

The standoff comes at a time when the country is experiencing a sharp increase in Covid-19 cases, from 132 in June to 567 infections and seven deaths by 2 July.

Zimbabwe health workers’ mother body, the Apex Council, has announced a nationwide withdrawal of services, citing the refusal by government to consider reviewing remuneration, and incapacitation due to lack of personal protective equipment (PPE), and other essentials.

The action has resulted in the complete shutdown of hospitals countrywide at a time when there is a surge in Covid-19 cases.

Health workers have downed tools on several occasions in the past few months calling for authorities to meet their demands. The strikes are exposing already vulnerable citizens who are struggling under the indefinite lockdown intended to contain the spread of Covid-19.

The Apex Council, in a statement, said:

“It seems government does not intend to address health workers’ incapacitation and for that reason, we will continue withholding our services until government decides that we matter and approaches us with genuine intention to improve the situation.

“The economy has dollarised despite government’s shallow denial and we will not return to work until we are offered salaries in United States dollars as it were on the 1st of October 2018.”

At least 17 health workers’ unions have signed the petition by the Apex council urging its members to stop going to work, press for higher pay and reject government’s offer of a 50% raise on their local currency earning which includes an exclusive $75 allowance only payable for the next three months starting on 1 July. According to the government, the US dollars are basically an inflation and Covid-19 cushion allowance.

The standoff comes at a time when the country is experiencing a sharp increase in Covid-19 cases, from 132 in June to 567 infections and seven deaths by 2 July, according to the Ministry of Health.

Those who have either tested positive or were suspected of having the coronavirus have largely been returnees from South Africa and Botswana as well as Europe. Borders have remained closed to human traffic while cargo is allowed passage.

“We are working with no proper or regular PPE but are highest at risk of the pandemic. At times, basic necessities such as water are not available… How do we protect ourselves? We also have families. Our salaries should be paid in a stable currency, the US dollar. We are unable to survive. Until issues are addressed, you’re likely going to see the boycott unrelenting across the country.”

Zina represents around 15,000 state registered nurses who are earning an average salary of ZWL3,000 ($53 or R901), which is not enough to cover basic needs and transport. The unions are calling for continued action, while the government has remained unresponsive to their call.

Health workers at Harare Central hospital have on several occasions stopped working over issues such as the lack of running water and basic essentials like latex gloves, painkillers and bandages, over and above countrywide petitions for remuneration by midwives, pharmacy technicians, radiographers and other support staff.

“The current situation involving our health workers is deplorable and we will continue to engage them and meet their requirements too but they must go back to work.”

Admitted patients are being discharged and sent back home, including at Parirenyatwa and Harare Central hospitals which provide health services to more than 1.5 million citizens in Harare alone.

Only one union, the Zimbabwe Hospital Doctors Association (ZHDA), disassociated itself from the position taken by the Health Apex Council but supported a go-slow in which they work one week and stay at home the following one. ZHDA represents over 1,000 medical doctors of the total of 1,700 doctors across the country.

ZHDA secretary-general Tawanda Zvakanda said they were not part of the decision taken by the Apex Council “because we parted ways a long time ago, but we are, however, on the ground consulting with our membership and will be announcing our position soon.

“In the meantime, we are temporarily withdrawing our services, working one week in, one week out until the issues of remuneration and PPE are resolved. Government must never perceive our stance as a convenient motive for us to use against them because we have called for capacitation of our hospitals even before this Covid pandemic.

“As doctors, we are the first line of defence working from the frontline and we need to be protected before everyone else. We will not commit suicide in order to be called heroes.”

The Consumer Council of Zimbabwe (CCZ) currently pegs the breadbasket for a family of six at ZWL8,500 while the current average salary for health workers is a paltry ZWL3,000.

Under the prevailing socio-economic situation, healthcare workers’ salaries cannot sustain their families. Zimbabwe’s official annual inflation hit 785.6% in May and independent economist Professor Steve Hanke says it is well above 1,200% a year.