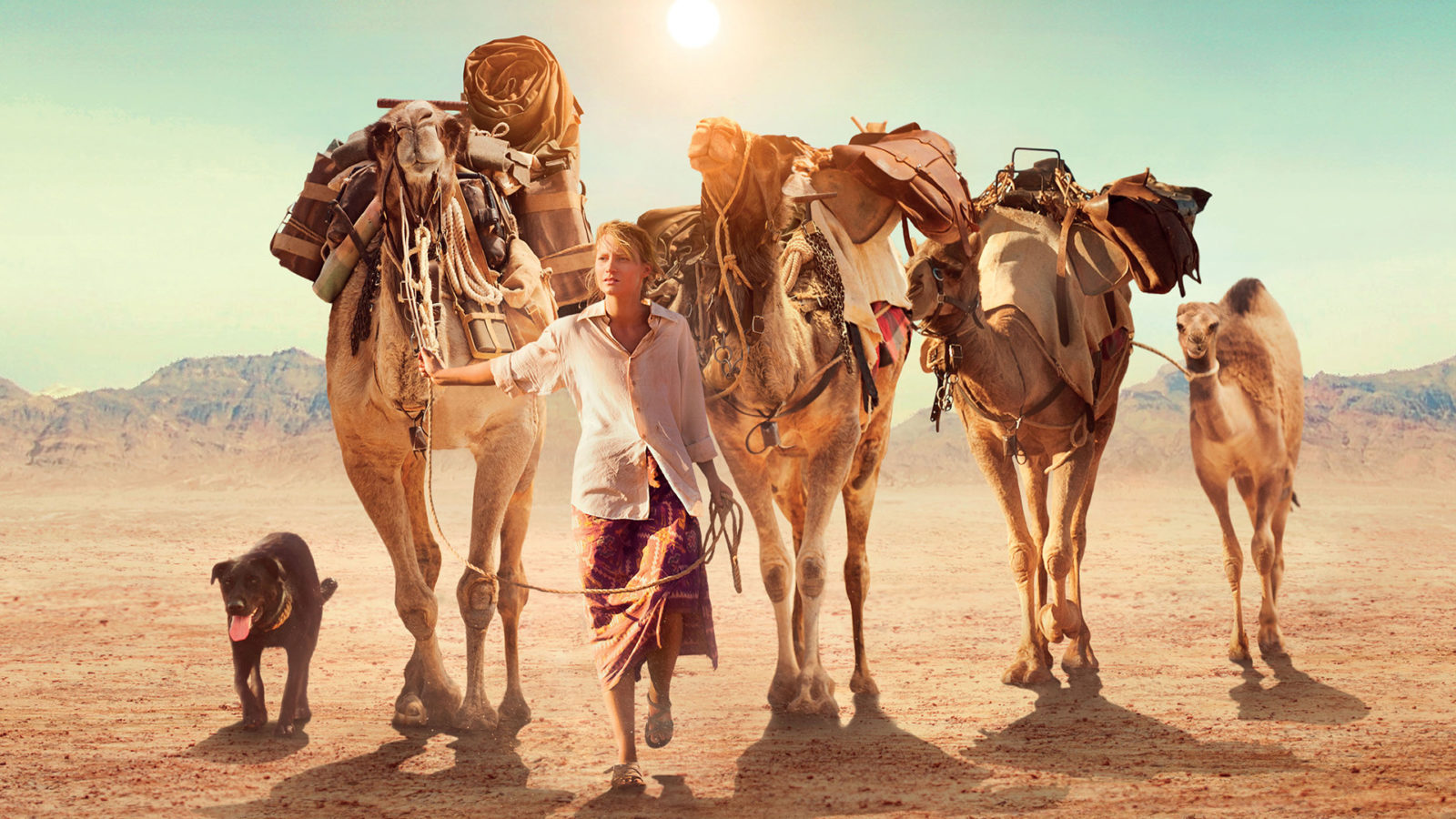 The old-school Labia Theatre in Cape Town has launched a new streaming service; we’ve reviewed one of their movies in selection, a uniquely sincere adventure film, about a young woman who walked 2,700 kilometres of Australian Desert on foot.

It’s a safe bet to assume that many of the people reading this article might be missing going to the movies – popcorn, a massive screen, the mild sense of occasion. In July of 2019, you could have gone to any major movie house across the country and enjoyed watching prestigious titles like Mike Gut’s Puppy Swap or Griff and Nathan Furst’s Nightmare Shark, films so original and engaging that they require less brain power than brushing your teeth. Put simply and less sarcastically, terrible films.

Excellent films have, of course, also been showing in mainstream theatres, but if you’re looking for something innovative and atypical, a movie with a soul, then independent art cinemas are where you need to look.

The Labia Theatre in Cape Town is the oldest art-repertory cinema in South Africa. It has been well known, well loved and well frequented for decades (in its earlier decades as a theatre). Although art theatres like The Labia or the Bioscope in Johannesburg often garner a more underground, surprising movie selection than that of mainstream movie houses, are by nature smaller enterprises, and the ones whose existences are most threatened by the ongoing pandemic.

This weekend we’re watching Tracks, a uniquely sincere adventure film from their selection, which is based on the actual journey of a brilliant and eccentric Australian woman in the 70s.

In 1977, a 26-year-old Australian woman named Robyn Davidson walked 2,700 kilometres on foot through the Australian desert with four camels and her Labrador. Tracks is a film chronicling her arduous journey, based on her famous memoirs of the same title.

If that premise initially sounds like a female remake of Into The Wild, an action-packed adventure through the wilderness, take another look at that figure: 2,700 kilometres – more than two thirds the length of the continent. The journey took her nine months, the vast majority of which involved her walking alone through a desolate landscape.

From the outset, the tone of the film mirrors the journey itself – meandering, meditative, slow and hypnotic. What makes it so intriguing is our persisting curiosity to understand why Robyn would do such a thing.

“The trip wasn’t conceived of as an adventure, in the sense of something to be proved or conquered. And when people ask me why I’m doing it, my usual answer is ‘why not?’.”

Humans are natural categorisers. We like to name things and group them in order to simplify the world around us. Robyn, played flawlessly by Mia Wasikowska, is a difficult character to figure out, so she is labelled constantly: naïve, reckless, depressed, insane. We fervently grapple with the puzzle of her psychology, as does almost every other character she meets in the film, and it becomes increasingly clear that this is the source of her misanthropy.

Robyn’s behaviour worries people. She is totally unfazed by her vulnerability in the face of strangers (particularly men) and the unforgiving heat of the desert. Even those who want to help her are constantly trying to understand and define her motivations, and in doing so, they unwittingly diminish her complexity and undermine her individuality.

One such person, her enthusiastic photographer who she has been forced to meet up with throughout her journey, keeps offering her help despite her insistence that she does not want it. All she wants is to be left alone but even in the middle of the outback she cannot get some space.

There are strong themes throughout the film relating to consent and female agency, much of which is portrayed through Robyn’s relationship to camels.

Camels are not indigenous to Australia but they are so well adapted to the climate that it now hosts the largest population of feral camels on earth. A male camel in rut will trample anything in its way of mating with a female. One of Robyn’s camels is a female so during the journey, feral male camels in rut, having smelt the female, come galloping towards her through the shimmering heat in the distance, literally frothing at the mouth. Powerless to stop the males, Robyn has no choice but to reluctantly load her rifle and prepare to kill them before they reach her. These wild sex-crazed beasts racing towards her tranquil little travelling family are a parable of the rabid uninvited advances and threats which are forced upon women trying to go about their lives.

Tracks is as much a tale of a psychological journey as it is of a physical one. Its insights into the virtues of solitude and maintaining a reflexive dialogue are relatable and valuable in the context of the current pandemic-enforced antisocial paradigm.

The skilful, intimate cinematography wisps us deep into the heart of the desert, and what is film for if not to transport us? To take us on a journey into the infinite physical and emotional possibilities of the experiential spectrum. DM/ ML