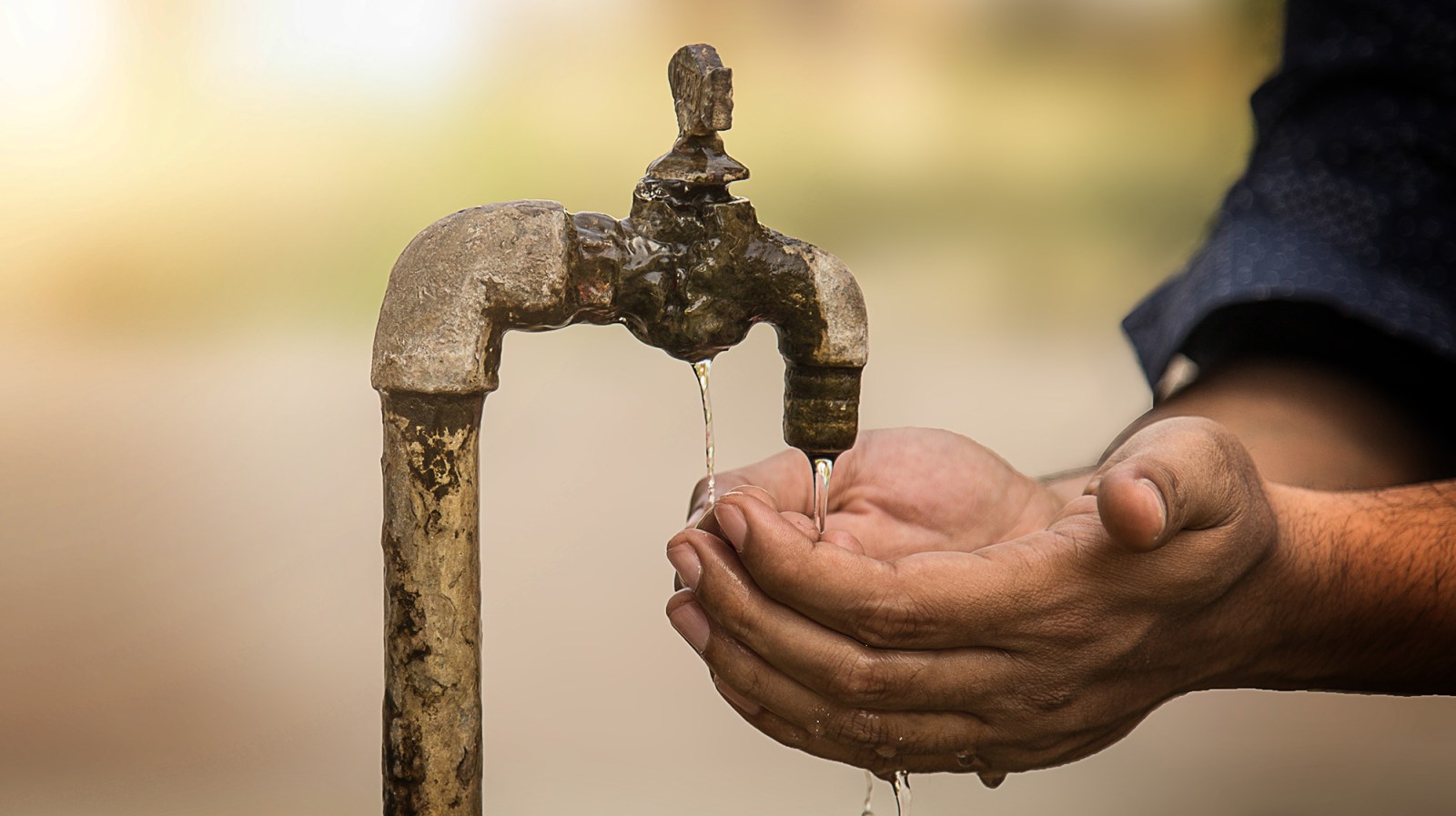 This is a summary of the trending, highest impact, and most active themes and their narratives related to social cohesion and division in South African public-domain social media conversations on 2 July 2020.

Two posts about a lack of access to essential services, such as water and electricity, referenced the President and drove conversation. At 00:22, @isaac_hlungwana tweeted a video of two women in a brawl supposedly over water containers. The tweet included the text: “After 26 years of democracy our parents are fighting for water, the anc has failed our people. #cyrilramaphosa”. The post was retweeted 1,700 times and received more than 500 comments. Adding context to the post, one person explained: “This happened in ga sekororo limpopo”. Most of the commentary expressed criticism of the ANC and the EFF.

Mbuyiseni Ndlozi of the EFF tweeted at 09:32: “Orange Farm is shut down; our people are engaged in protests for electricity. They have not had electricity for over three months. Mr. @CyrilRamaphosa can you intervene and give our people electricity in this cold winter!”. This post was retweeted 425 times and received more than 1,700 likes.

In 2016 Christiaan Prinsloo was sentenced to 18 years imprisonment for selling at least 2,000 guns to gangs in the Western Cape. Prinsloo is a former senior police officer who said that he worked with colleagues to sell confiscated firearms to gang members. At 16:29 on 1 July 2020, @van_peeblez tweeted an image of Prinsloo being led down a passageway with police officers. The tweet included information on the arrest made in 2016; however, it does not state the date that the arrest was made. The tweet received 1,800 retweets and 1,600 likes.

Another topic related to law enforcement was a tweet expressing frustration about Bheki Cele’s response to the ban on cigarettes when there are more pressing issues at hand, such as violence against women and children. The post was retweeted more than 500 times. Many comments to the post expressed exasperation at the continued focus and expenditure on issues like the cigarette ban rather than solving far graver crimes that plague South Africa.

Since the government began ushering the country through its phased easing of the national lockdown, there has been much discussion around the timing, rationale, and efficacy of the rules and how they are being enforced. Following the government’s decision for more learners to return to school, @AdvoBarryRoux tweeted: “David Makhura says the storm is coming w[h]ile Angie Motshekga says 5 years old Grade R should go back to school!”. This was retweeted over 600 times and liked over 2,600 times. @thesarahkelly pointed out that: “No country on earth has successfully contained Covid-19 without closing nonessential businesses and paying people to stay home. Government intervention is the only way out. Pretending capitalism and personal responsibility are enough has caused thousands of preventable deaths”. This tweet was liked almost 227,000 times globally, but received only 200 mentions locally.

Many Twitter users continued to share their personal experiences of the pandemic. @qhamile_ shared that: “Today my uncle’s wife and kids had to watch his funeral FROM THE CAR because they are also Covid+.” The tweet concluded with the stern directive, “That is what this virus does to families. Wear your fucking masks”. The tweet was liked over 3,000 times and retweeted over 1,500 times.

@jessismoree called on people to stop peer pressuring friends who decline to go somewhere because of Covid-19. The tweet was liked over 300,000 times globally.

Closer to home, Cassper Nyovest sent: “prayers to all the entertainers during this tough time” and advised people not to be afraid to cut down. His tweet was liked almost 17,000 times and retweeted over 2 200 times.

Lerato_Pillay tweeted about the sentencing of two Nigerian men who were found guilty for human trafficking based on a news reports back in September 2018: “Two Human trafficking Nigerians who ran a brothel in Arcadia, Pretoria, were sentenced in the Gauteng High Court, Obioma Benjamin Abba, 32,  was sentenced to an effective 12 years imprisonment, while his brother, Chinedu Justine Obasi, 38, was sentenced to 18 years #NigeriansMustGo”. The tweet received 3,100 likes, 1,200 retweets and 353 comments. The comments included people stating that the sentencing was lenient. “12 years and 18 years, this is a joke what message is the judge sending here ?” responded Andile. Other comments were about foreign nationals committing crimes in South Africa: “These people deserve a harsher sentence than the one given. Sick and tired of these foreign criminals. They’re holding us hostage in our own country,” commented Kidi Potse. Lerato_Pillay does not state in her tweet that the picture and sentencing was almost two years ago.

In response to a TimesLive tweet regarding Police Minister Bheki Cele’s statement about prosecuting people caught buying or selling cigarettes, @Booksbakesbants responded: “I want to pull my skin off my face every time I see something about cigarettes. Women and children are dying and there’s corruption and hungry people, and THIS is what this man is focused on??”. The tweet received 769 likes and 534 retweets.

A Gugulethu pastor was sentenced to life in prison by the Wynberg Magistrate’s Court after he was found guilty of raping a mentally disabled girl, according to IOL News. The tweet received 510 likes and 303 retweets.

On Wednesday, 1 June 2020, video footage depicting a naked man being forcibly removed from his shack in Khayelitsha dominated social media conversations. Many called for accountability and justice for how the man was treated, which some Twitter users described as “dehumanising”. Twitter user @Sisonkemsimang tweeted: “That footage was too painful. You’re taking a bath and they drag you out in public and destroy your home??? It’s not just Cape Town. This is the new South Africa, which is too much like the old South Africa. The disrespect is ancient, it’s just the source that is new.” This gained traction the following day with 1,500 retweets and 2,900 likes.

On Thursday 2 June 2020, the man whose identity has since been confirmed, spoke to the media about his ordeal. @Newzroom405 shared the video interview with him in a tweet that read, “[EXCLUSIVE] The 28-year-old Bulelani Qholani speaks out about what transpired when he was dragged out of his shack while naked. Qholani was evicted from an informal settlement in Khayelitsha, Cape Town.  @Artii_M  brings you this story. Watch: https://bit.ly/38jKeJ6”. The tweet generated 1,300 retweets and 1,000 likes.

Some Twitter users argued that the City of Cape Town has historically demonstrated bias towards the poor. On Wednesday 1 June 2020, @tumisole shared four screenshots of articles related to racism and the treatment of poor people in Cape Town. The tweet read: “#CityOfCapeTown #KnowYourDA. The @CityofCT has been anti poor for years!” This received attention the following day with 476 retweets and 638 likes.

On Thursday 2 June 2020, EFF Deputy President @Floyd Shivambu, retweeted an original post by AfriForum Head of Policy and Action @ErnstRoets, which included a link to an article on the Afriforum website. The original post read: “ANC’s continued insistence on expropriation without compensation will harm everyone”. This received 245 retweets and 503 likes. The retweet by @FloydShivambu read: “The same way your murderous forefathers, most of whom were convicts harmed indigenous Africans through colonial barbarism. Land expropriation without compensation will happen and the sooner you accept the better boertjie!!” This generated 382 retweets and 1,000 likes. DM