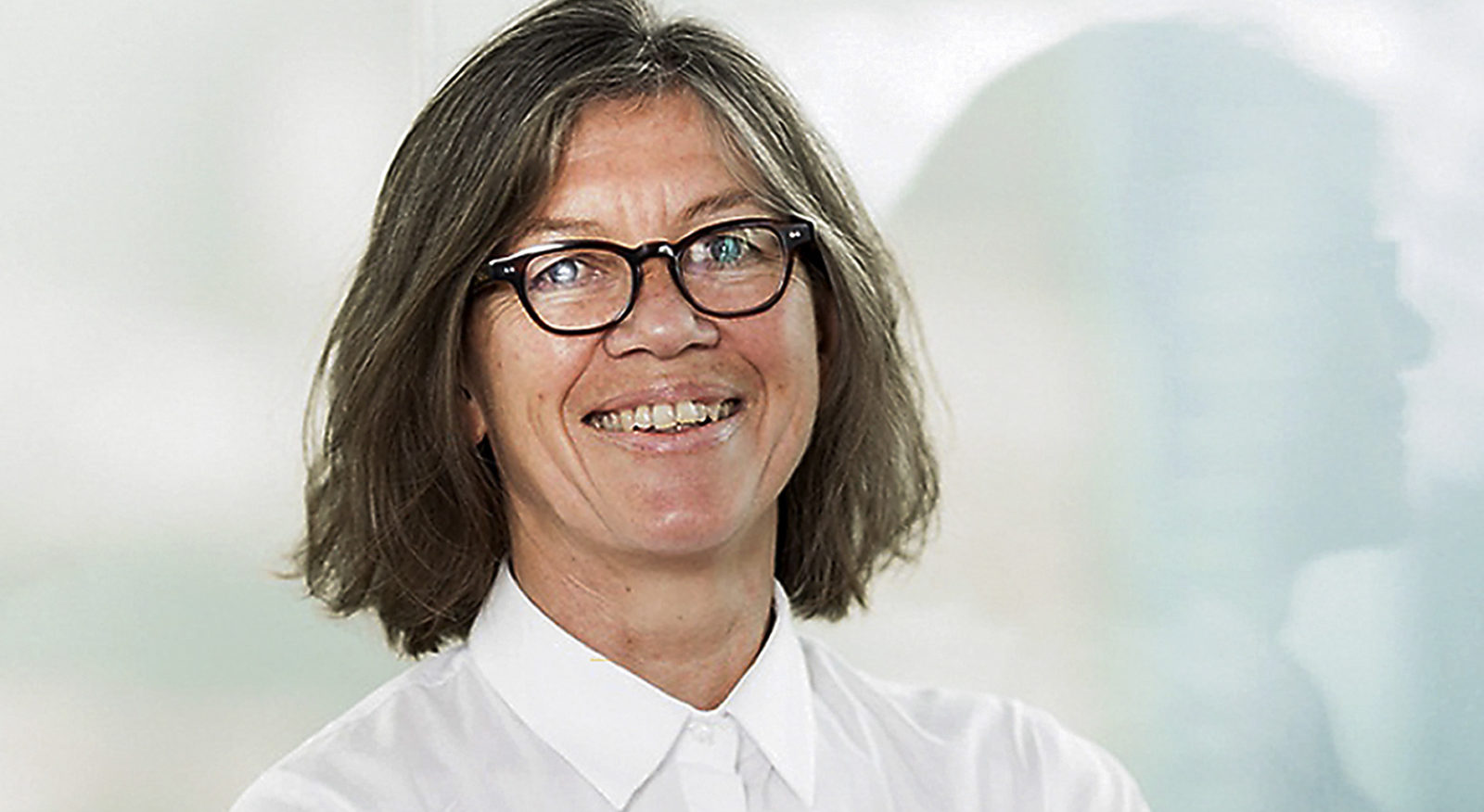 Attorney and filmmaker Odette Geldenhuys peppers her sentences with ‘ja, ja, ja’ as she thinks deeply while speaking.

Over Zoom, her gaze is startlingly blue and level.

One of South Africa’s foremost pro bono lawyers – and one of three partners at top firm Webber Wentzel’s pro bono department – attorney and filmmaker Odette Geldenhuys’s job is to defend people without the power to do so, at no charge to themselves.

In Cape Town over lockdown, Geldenhuys has worked around the clock tying up the last loose ends on the Western Cape’s largest land claim case to date. Along the West Coast, the Ebenhaeser community consisting of 1,800 people will have close to 1,300 hectares mostly under grape and vegetable farms returned to them.

“So the land claim is for the Ebenhaeser community, about 40 kilometres from Vredendal,” says Geldenhuys. “So ja, they were dispossessed of their land in 1925 to make way for poor whites; who basically got the benefits of an irrigation scheme, cheap if not free land, assistance with farm implements and seed, et cetera, et cetera, and the Ebenhaeser people – descendants of indigenous peoples – got moved to a corner of what had been their ancestral land. And some of them found themselves then working as farm workers on the land which had been taken away from them.”

Geldenhuys has worked on the Ebenhaeser case since 2014. She adds that the Legal Resources Centre had been doing “the heavy lifting” since 1998. Now, finally, consensus is being reached on issues around the land claim.

“The settlement has to provide some support from Government in running those farms,” says Geldenhuys. “And so for the next couple of weeks, we’re going to be drafting and finalising the settlement agreement between the state – who will be acquiring the farms – and the farm owners who are making their farms available, the land that was dispossessed. Families who left in 1925 will receive cash compensations.”

In a circular twist of fate, the case plays out near Vredendal in Namaqualand, where Geldenhuys was raised. Growing up in an Afrikaans home, she helped her parents in their general dealer store for farm workers.

She recalls: “My parents had a small shop in the town, a general dealer store. Now, in small towns during apartheid, even shopping was segregated. So the farmers went to the farmers’ co-operative, and the general dealer store was for the farm workers. I worked in the shop from when I was 12 years old, and got quite a direct meeting with real poverty. We were not wealthy either, but in comparison, we were extremely wealthy. Those were interesting years for me. I saw my father really suffering, because he was a very sensitive person, looking poverty in the face every day. He became more and more depressed and withdrawn.”

The case saw her return to the town of her childhood for the first time in years: “So for me, it’s been this amazing journey. You know, there’s been mixed emotions too; because I left basically after my father died, which was in 1985, and haven’t really been back. Seeing the town and seeing what had happened to my father’s store, it’s become this five rand Chinese shop… And then, going to Ebenhaeser. I never went there as a child. But we would drive past it to go to Strandfontein, which is where we went for beach holidays. Now, realising that there had been these communities I had never seen, which I’d never been aware of … that all these beautiful grape and vegetable farms had developed at their expense. It’s complicated.”

Speaking of the past, Geldenhuys recalls her father’s big heart. And how, as an adolescent, she grew frustrated with him for selling food to people on credit, when he knew they wouldn’t be able to pay him back.

“As a 13-year-old, I wasn’t doing him justice, his big heart. I didn’t have the same big heart towards those poor people who came to our shop. And so in doing the work that I am doing now, maybe I’m giving back, and have sort of grown a bigger heart than I had back then.”

She steers the interview in a new direction: “The first documentary film I made was three minutes long, and it was called I have a Long Heart. It was in the early Nineties; I made it with my friend Shaughn McCrae for one of the first Mail & Guardian short film festivals.

“At that stage, I was living in Johannesburg, and there was a man who often came to this market at the top of the Rosebank Mall. He was this one-man- band. So he had made this really intricate contraption of drums, it had these pedals; and he would pedal this contraption and different sounds would come out. He was brilliant because he also had this kind of rolling ticker tape, and on it he had these public announcements, things like: ‘Don’t drink and drive’, ‘Look after your children’, ‘Feed yourself’, whatever. So our little documentary was all about him; and we asked him, you know, what are these messages? And he simply said: ‘I have a long heart. I care for people.’ That stayed with me.”

She explains her present job: “So all attorneys must do 24 hours of pro bono service per year; free work for the disadvantaged. At Webber Wentzel, we have a different model. Because our attorneys are so specialised, the thought was that if our shipping attorneys, or our tax or merger and acquisition attorneys, had to each do 24 hours pro bono, it’ll probably take them half of that time, if not more, just to get into any of these cases. So the firm thought, rather aggregate those hours, and get attorneys who specialise in human rights. So as a firm, we’ve got three pro bono partners. I’m one of those partners in Cape Town, the other two are in Joburg.”

How do they decide who to help? “We get an enormous number of requests,” she says. “And so our main question is: ‘Would this case assist people beyond the individual or the group or the community that has come to me?’”

Geldenhuys first veered into social justice because “it seemed sexy”. In past interviews, she has modestly credited much of her award-winning career arc to chance. For example, as a student, she could not decide whether to become a doctor or an architect. Then she studied law purely as her boyfriend at the time was doing so. But upon closer reflection, she admits her subconscious was always guiding her.

While studying toward an LLB at the University of the Witwatersrand, she landed a holiday job at prestigious law firm Cheadle Thompson & Haysom, where she would retain a full-time position focused on labour law. At the time, she indulged her passion for film, too: “When I was at Cheadles, they had offices in Braamfontein; Hillbrow was quite a different place then, I could jump on my bike and cycle into Hillbrow and go and see a matinee, and then go back to work.”

However, it was the human rights organisation, the Legal Resources Centre (LRC), founded in 1979 by a group of prominent South African lawyers – including Arthur Chaskalson, Felicia Kentridge, and Geoff Budlender – that compelled her.

“I so much wanted to work for the Legal Resources Centre,” recalls Geldenhuys. “I just heard about this wonderful work that they were doing, this social justice work. And to be honest, I wasn’t quite sure what it meant, it just seemed very sexy. And I wanted to do that. So I heard along the grapevine that there was this six-month contract going at the Legal Resources Centre. And I thought to myself, if I can, I’m going to jump out of Cheadle Thompson & Haysom and I’m going to take that six-month contract. And I went for the interview.”

In 1991, Geldenhuys started tenure at the LRC. Memories of the time include her arriving late at their Johannesburg office after cycling to work; and meeting Chaskalson (late former president of the Constitutional Court and Chief Justice) in the elevator dressed in her cycling shorts, with her bike in tow. Apparently Chaskalson would kindly – and repeatedly – turn a blind eye to her late arrivals.

In 1996 she became deputy national director of the LRC, under Advocate Bongani Majola, today chair of the South African Human Rights Commission. One of her mentors at the LRC was Moray Hathorn, who founded Webber Wentzel’s pro bono department, where Geldenhuys became a partner in 2017.

A career highlight? “For me it’s about those moments, those moments where you know somebody has been touched by a small thing that you’ve done,” says Geldenhuys. “So, with Ebenhaeser it is 1,800 people. I have cases where it’s just one individual. For example, this woman who is having chemotherapy. She’s looking after her two grandchildren; they stay in council housing that belongs to the City of Cape Town. She pays her rent every single month. But the City is saying that the account into which she has been paying it is closed. And we’re saying that she’s been paying into that account for five years – and that they have accepted her payment for five years. So the court ruled in our favour, at least in the first round. We still have a few more rounds to go. But I mean, that to me is a career highlight.”

Unsurprisingly, Geldenhuys is busy. As our interview nears its end, her eyes flicker down at her phone, which is beeping.

She lives in Vredehoek; and with her former husband has a 25-year-old son, who is an urban planner. To unwind, she enjoys Japanese literature.

“I’ve been reading these books translated from Japanese into English,” she says. “It’s been this whole world that has opened up to me. I would love for a lot of people to read these books.” She cites some titles: Convenience Store Woman by Sayaka Murata and The Housekeeper and the Professor by Yōko Ogawa. Geldenhuys adds that she was fortunate to visit Japan with her son in 2018. DM/MC