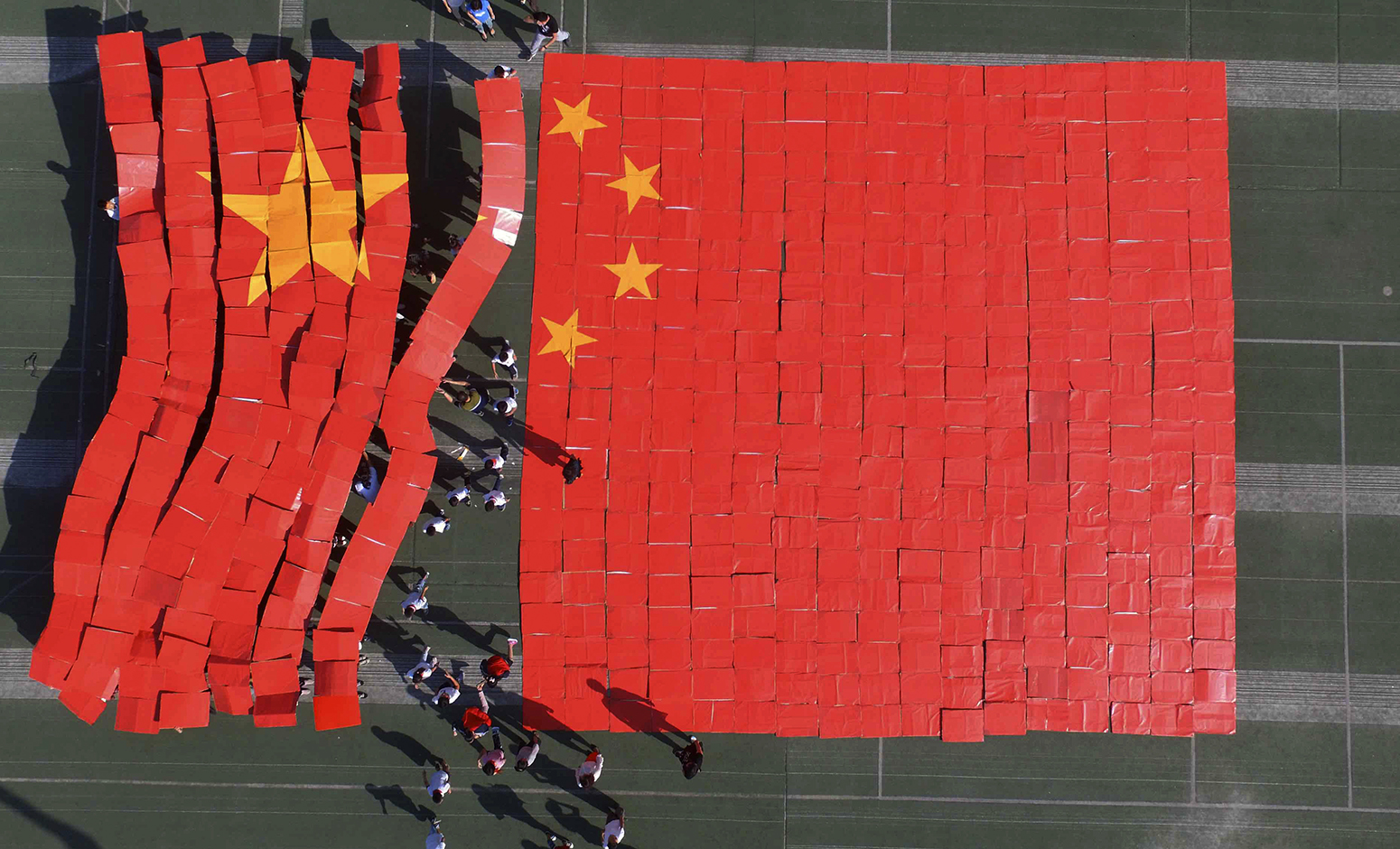 The question of race. (Photo: VCG/Wikipedia)

Don’t ask me what I fear, as it’s not so different from others and might even be more than some of you. I fear the criminals and the ‘fake’ policemen who think that all Chinese or Asian faces have a business behind them, and so have cash in their pockets and are therefore seen as soft targets. I fear the yearly xenophobia season, and of course now, the anti-China movement because of Covid-19.

It was the day after President Cyril Ramaphosa announced that the alert level of the national Covid-19 lockdown would be lowered to Level 4. I had to do grocery shopping after a good four weeks of hard lockdown. As I drove past the entrance of the Joburg complex where I live, I noticed that two security guards had facemasks on that only covered their chins. I felt the urge to remind them of the more effective way of wearing masks.

In reply, they told me that they were wearing their masks on their chins only because the masks were too small. They then asked whether I could find them the right-sized ones to cover their mouth and nose properly. It all started there. My husband and I then called on the Chinese residents in our complex to donate personal protective equipment (PPE) for the staff members of the complex.

Shortly after that call, we managed to collect 2,000 masks. It was in this process that we learned how many of the Chinese residents had already provided similar help to others in the complex. It was at that time that we then heard the voices of fellow Chinese, not only thanking us for organising the mask donation, but also expressing their willingness to offer more generous support.

I am an ordinary Chinese person living in South Africa, and now spending my 23rd year in this rainbow nation. This is half of my lifetime spent here – living, studying and working. This is my home from home.

Please don’t ask my name, as I am one of a “silent majority” of Chinese who live in South Africa.

Rather don’t ask me what I do here. Like any of you, I am just an ordinary person. I am lucky to go to work, and then home for a hot meal and a good night’s sleep. And please don’t ask me how many people of Chinese descent there are in South Africa – as we try to be as invisible as possible although we are uniquely visible, given our neither white nor black skin colour.

Don’t ask me what I fear, as it’s not so different from others and might even be more than some of you. I fear the criminals and the ‘fake’ policemen who think that all Chinese or Asian faces have a business behind them, and so have cash in their pockets and are therefore seen as soft targets. I fear the yearly xenophobia season, and of course now, the anti-China movement because of Covid-19. I have encountered one or two despising looks from the people around me when queuing at shops. I have heard of Chinese kids being cursed at and blamed at school for Covid-19. Many of my friends have told me to be careful when going out in this period of the pandemic.

I was called to join community chat groups to discuss how to fight hate speech and racism against Chinese. But I am not a fighting soul by nature – quite typical of a silent majority! However, the success of being able to collect 2,000 masks over that weekend, just by our simple call for help, presented me with the enormous power and strength of this silent majority.

We might be silent, but we are not indifferent. We care about what’s happening around us and in this country. We might not have a voice in public, but many of us have acted in our own silent ways. So many of my friends have made donations to the Solidarity Fund, both big and small and in their personal names, company names, or the name of their sports club.

Business owners have told me that they are not retrenching staff members and will help them apply for the UIF Relief Fund. Many of us kept on paying our domestic helpers during the hard lockdown. I saw people responding to calls to give clothes and food to needy orphanages. None of them boasted of these acts. I just caught their words in friends’ chitchat, the voices within the “silent majority”.

Why are we silent? Because we are a minority in South Africa. Why don’t we even share the good stories? One reason is because we have a cultural virtue which tells us to always keep a low profile and be humble. Seeing what could happen to support others and being inspired by the strength and power of that “silent majority”, I decided to break the cultural rule of being silent.

I wanted these voices to be heard and this is how #WeLoveSouthAfrica came into being. It was jointly initiated by leading Chinese community associations on Freedom Day, 27 April 2020. A call was sent out on the most popular Chinese social network platform, WeChat, for all Chinese in South Africa to join us in making concerted efforts to fight against Covid-19 and its impacts. It was exciting to see the message being spread and the hundreds of people posting their good deeds which took many forms.

My job in coordinating the campaign is simple: Let those silent voices, and their good deeds and stories, be seen and heard through #WeLoveSouthAfrica.

I want to tell the stories of the likes of Robin Xu, who organised the shop owners and traders at China Mall to donate over R300,000 worth of food parcels and PPE; of King Pon, who generously donated funds to #WeLoveSouthAfrica; of Michael Sun, a local councilor, who helped us contact the Gauteng Legislature to make PPE donations to the most needy people; of Tengien Chang, who has been giving food and blankets to homeless people on the street for the last 19 years; of Dumann Ying and her associate volunteers who went to the North West province to give out food parcels; and of the Tzu Chi Charity Group that have been giving help since the start of the pandemic in South Africa. A short two months since we started the campaign, the list of support is already too long to mention one by one.

My target is clear: Let more Chinese people join us in caring for and loving the country in which we live. Let’s start small, by respecting everyone around us and trying to make every effort not only to fight Covid-19, but also to make this country a better place. A place where there is less discrimination against different races and where all people are respected and treated equally. DM/MC

Anna Chen is co-founder and senior advisor of The Chinese in Africa/Africans in China Research Network. She is a former lecturer and banker, and currently a freelance researcher, interpreter and translator who wants to convert her love for Africa into tangible forms.