Inside a Western Cape quarantine and isolation hotel 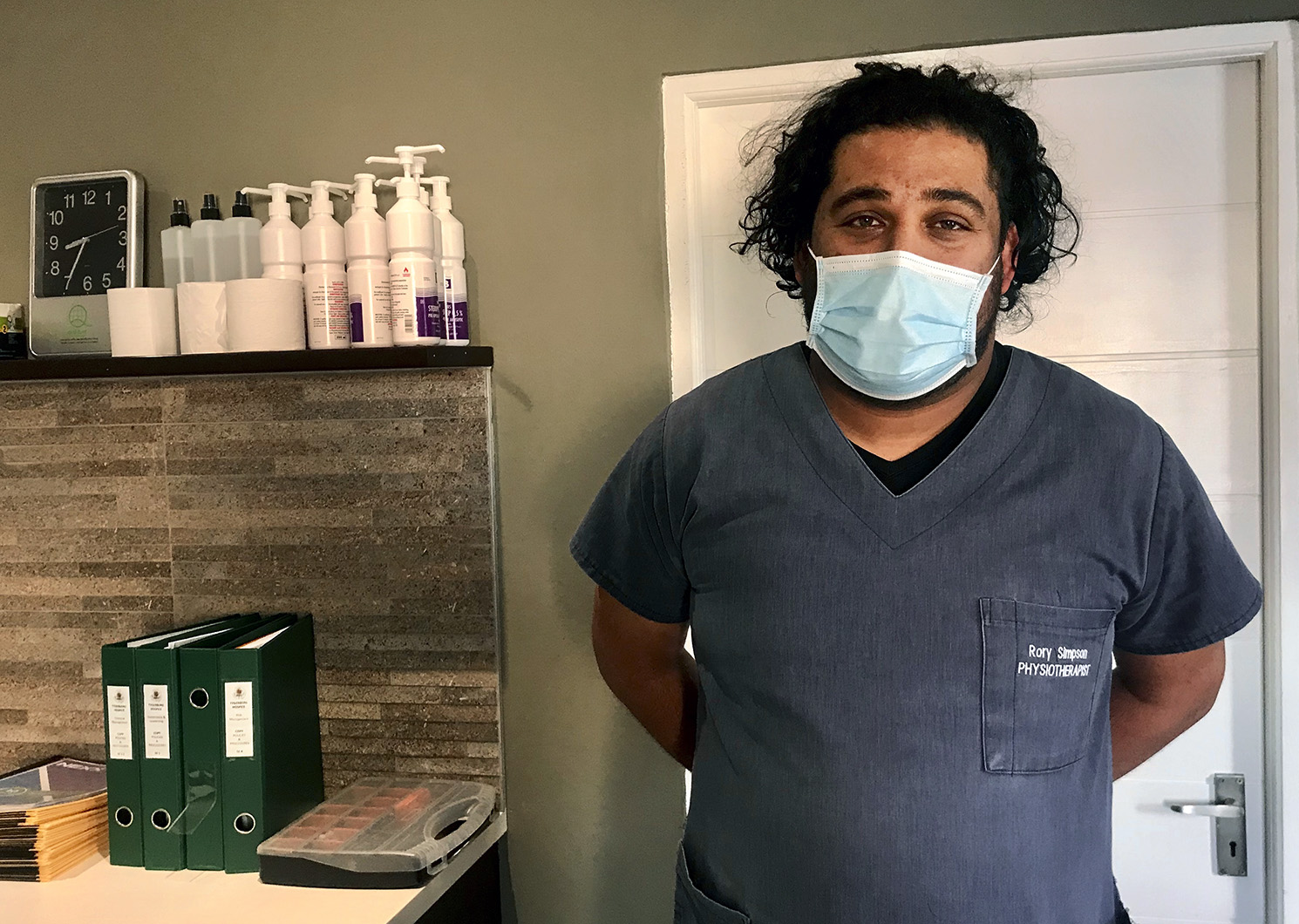 Rory Simpson is the site manager of the quarantine and isolation facility at Protea Hotel, Durbanville.(Photo: Biénne Huisman / Spotlight)

Carefully planned meals, a television in the room and free Wi-Fi, but no alcohol or visitors allowed. Biénne Huisman steps inside one of the Western Cape’s quarantine and isolation hotels.

In the Western Cape, 4,842 quarantine and isolation beds are available at 44 hospitals, hotels, converted office blocks and other facilities around the province. Only, 1,037 beds are occupied, leaving 3,805 available.

“We have had under-utilisation of these facilities, so we want to encourage people to use them,” says Health MEC Nomafrench Mbombo during a visit to the Protea Hotel in Durbanville. On a hill on Cape Town’s northern fringes, the hotel is serving as a quarantine and isolation site.

“Isolation is when a person with confirmed Covid-19 is separated from other people to avoid infecting them,” explains Natalie Watlington, provincial health department spokesperson. “Quarantine is when a person who does not have Covid-19, but had close contact with someone who has it, is separated from others. Someone who is waiting for their test results is also required to be in quarantine.”

At the time of the visit, the hotel had 27 isolation patients and 37 quarantine patients – with signs on room doors indicating whether they are in quarantine or in isolation, plus the patient’s dietary requirements.

The hotel opened as a Covid-19 quarantine and isolation facility on 27 April.

“At the beginning it was weird,” says the hotel’s general manager, Patrick Fortuin, speaking from behind a mask. “But with all the safety protocols, it has become the norm.”

Within this “new normal”, four kitchen staff are on duty per shift, preparing meals for the patients. Discussing the menu in the hotel’s foyer, executive chef Reuben Barnes-Rossouw says: “We do nutritional dinners, for example, stews or grilled fish and veggies. For lunch, hot dogs, hamburgers, and so on. We cater for vegetarians, gluten intolerant and halaal patients.”

How are the menus at the various facilities compiled? “This will vary at each facility,” says Watlington. “But it is planned according to strict guidelines and dietary requirements.”

Fortuin showed Spotlight one of the rooms. Spacious and modern with crisp white linen covering twin beds, it had an en-suite bathroom and a large balcony overlooking the leafy premises. The hotel’s corridors smell of sanitiser. Rooms of patients in isolation are cleaned and sanitised only once they check out. If linen or towels need to be laundered during their stay, these items are put into a black bag and deposited outside the room’s door for staff to collect.

The rooms are for single occupation – with only pairings of married couples and mothers or caregivers with children allowed. For entertainment, patients have televisions in their rooms and free Wi-Fi. No alcohol is allowed. Patients may not leave their rooms and visitors are not permitted.

At the hotel, under supervision of site manager Rory Simpson, a professional physiotherapist appointed by the provincial health department, there are two nurses on duty per shift,

“We check in on the patients daily,” said Simpson. “We do morning checks, telephonically. Each patient receives a thermometer, so they give us their temperature. If there is a problem, a nurse will dress in PPE and go inside. If it’s serious, the patient will be referred to the Karl Bremer Hospital.”

The spokesperson for the Western Cape MEC for Transport and Public Works, Ntomboxolo Makoba-Somdaka, says that on 29 June, the City of Cape Town had a total of 2,276 quarantine and isolation beds available in 17 facilities, of which 631 were occupied.

Makoba-Somdaka said private facilities were costing the public purse on average R770 per bed per night, while government-owned facilities cost R350 a night.

Spotlight spoke earlier to Nosisi Jacobs who was in isolation in a quarantine facility in Lagoon Beach. Another Cape Town resident we spoke to – who tested positive for Covid-19 and has since recovered – Claudia Manuel, declined the quarantine and isolation facility option.

Hindley said 78% of beds in these facilities were still available. In interviews, they found some residents were concerned about whether they could smoke, have sex, bring in their own food, or leave and come back again. There were also issues relating to stigma such as, “everyone will know I have Covid-19” and “who will look after my house?”

“I wasn’t comfortable staying in a government facility. What government usually says on television and what actually happens is often different. One hears all these bad stories about government hospitals and clinics, so it puts one off,” Manuel said.

During a recent press briefing by the Western Cape government, senior manager of asset management in the Department of Transport and Public Works, Shane Hindley, noted various barriers to the uptake of the quarantine and isolation facilities.

Hindley said 78% of beds in these facilities were still available. In interviews, they found some residents were concerned about whether they could smoke, have sex, bring in their own food, or leave and come back again. There were also issues relating to stigma such as, “everyone will know I have Covid-19” and “who will look after my house?”

Hindley said the high rejection rate of these facilities would require a “whole of society approach”.

Hindley said transport from people’s homes to the facilities is provided through the Red Dot taxi service that includes a fleet of 150 vehicles from the local minibus taxi industry, each fitted with a protective screen and tracker. Only seven passengers and one driver is allowed per vehicle. The Red Dot service also transports healthcare workers to and from work.

Reflecting on the slow uptake, Mbombo said one must understand that it’s “quite daunting for a person to leave their family behind and can understand these issues of separation and being prevented from accessing goodies they have at home”.

“We shouldn’t dismiss their truth,” she said.

Mbombo noted that the department is engaging with communities and showcasing what they have been doing behind the scenes. This includes a concerted effort to include recovered patients’ experiences of quarantine and isolation facilities.

Watlington said there were perceptions around state facilities that might make people reluctant to use them.

“The uncertainty about what to expect may prevent people from being keen to make use of the quarantine and isolation facilities,” says Watlington. “To this end, we are sharing stories from patients who have successfully completed their journey in isolation, and recounting their positive experiences.”

She adds that the uptake is increasing daily.

“So the Western Cape government can help you with free, comfortable and safe alternative accommodation. We will provide transport, meals, and a laundry service.” DM/MC