With 15 million people and three major cities, a runaway epidemic in Gauteng could be devastating, says the writer. (Photo: Adobestock)

With hospitals turning away patients in Gauteng, the government is adding emergency wards and stocking up on millions of pieces of equipment for the surge. Is it too late?

Cabinet’s National Command Council (NCC) will decide whether to introduce a Lockdown 2.0 for Gauteng as the country’s most populous province explodes with Covid-19 infections.

According to doctors and other healthcare workers, the virus has arrived with a winter vengeance, filling up clinics and hospitals faster than expected.

“MEC Bandile Masuku has previously raised a suggestion of an intermittent lockdown, but ultimately the decision on the lockdown frameworks lies with the National Command Council.”

The NCC is headed by Co-operative Government Minister Nkosazana Dlamini Zuma, who must make the decision in consultation with Health Minister Zweli Mkhize who warned on 25 June that Gauteng would become the epicentre of Covid-19.

With 15 million people, a runaway epidemic in Gauteng, which includes three major cities, could be devastating. The numbers climbed steadily from 1 June when the country’s lockdown was eased to Level 3, at which time 80% of the economy restarted. This has meant that Gauteng’s masses of people are moving again, in search of livelihoods. 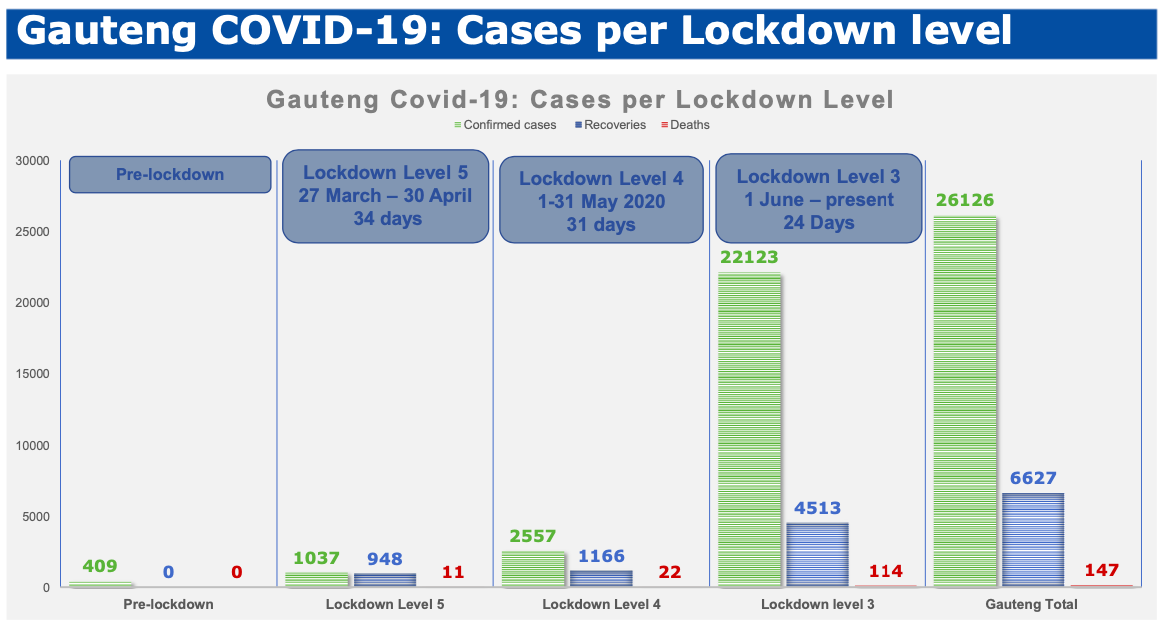 The lockdown in Gauteng took millions to the brink.

These graphs from the Gauteng City-Region Observatory (GCRO) show the vulnerability index for the province. Unemployment is high and probably now well over 50% while dependence on grants and informal jobs is acute.  In lockdown, informal jobs froze, sending millions in the province to the doors of hunger and destitution. A second lockdown would make the social crises worse even as it assuages the health crisis. 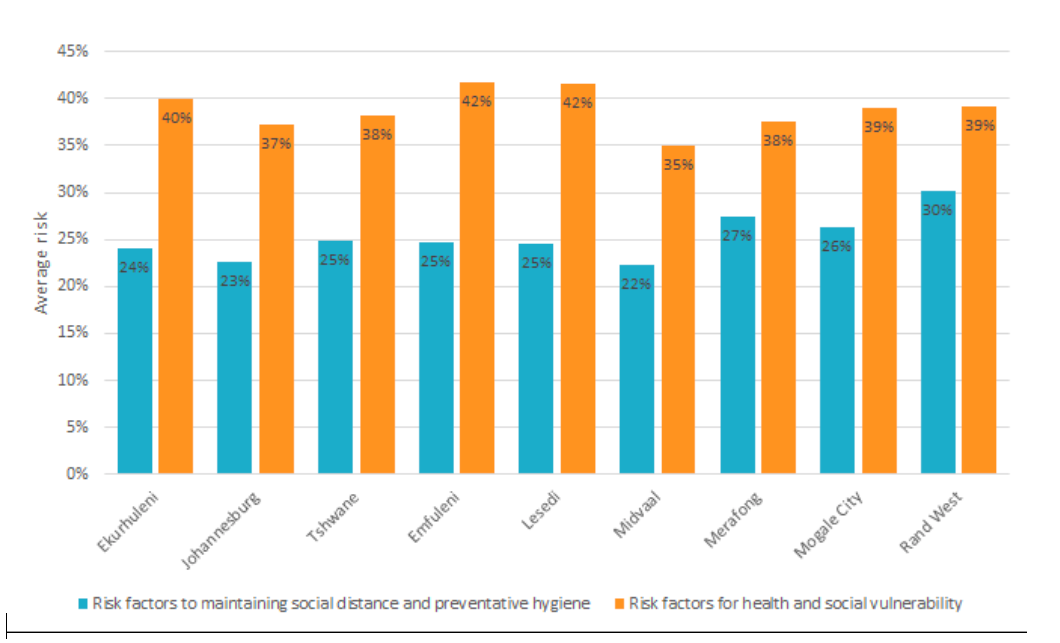 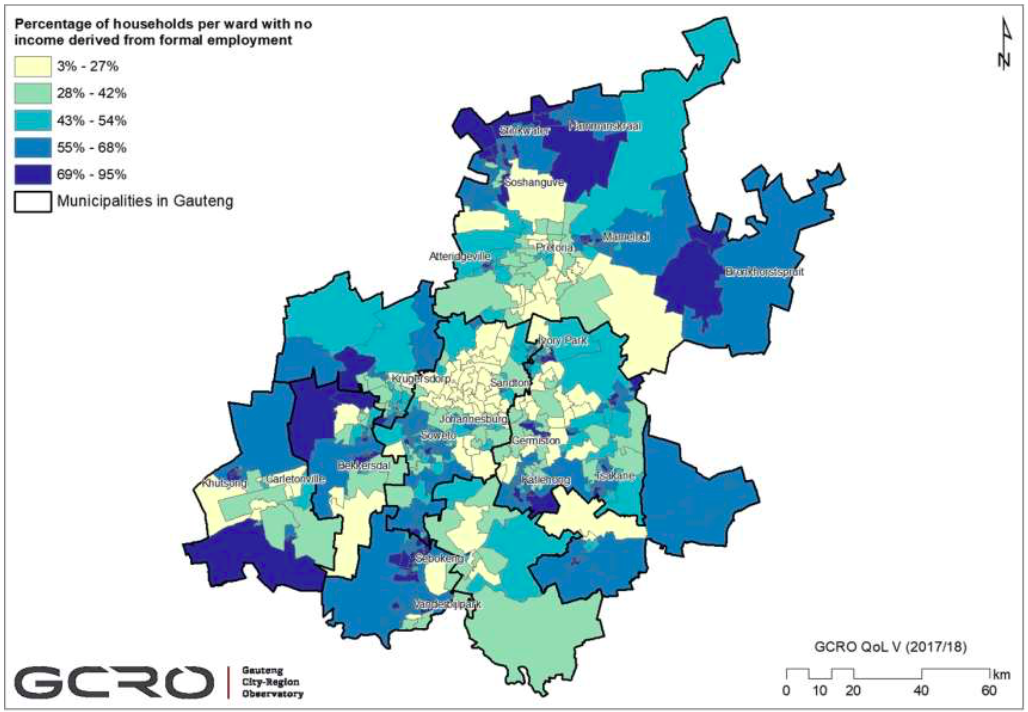 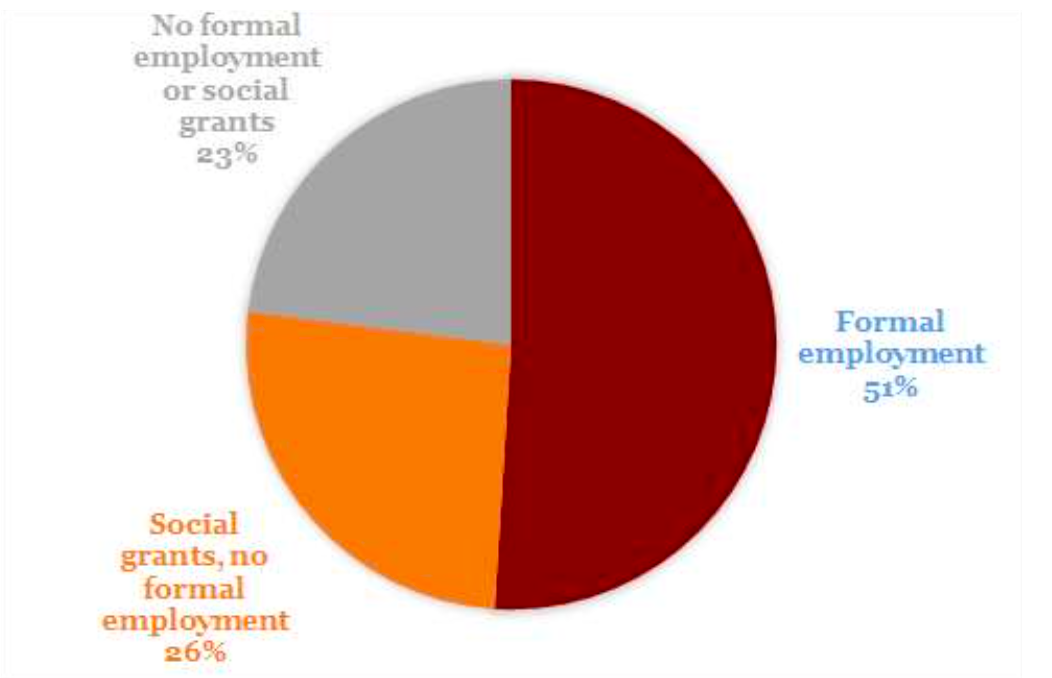 But the end of the lockdown saw Covid-19 cases climbing rapidly and it has sent people to the doors of the province’s clinics and hospitals.

The deputy director of the Wits Centre for HIV and the Reproductive Health Unit, Professor Francois Venter, told Daily Maverick that hospitals are getting hammered, and oxygen supplies are running low.

In its last weekly briefing, the Gauteng government revealed that it is preparing more than 1,500 emergency beds at Chris Hani Baragwanath, the Ashanti Gold hospital and the George Mukhari hospital cluster.

The province has 8,302 beds across the public and private sectors, but this capacity is quickly filling up. In addition to the beds, the amount of protective equipment, ventilators and other tools on order displays the magnitude of what is expected in Gauteng over the following weeks. 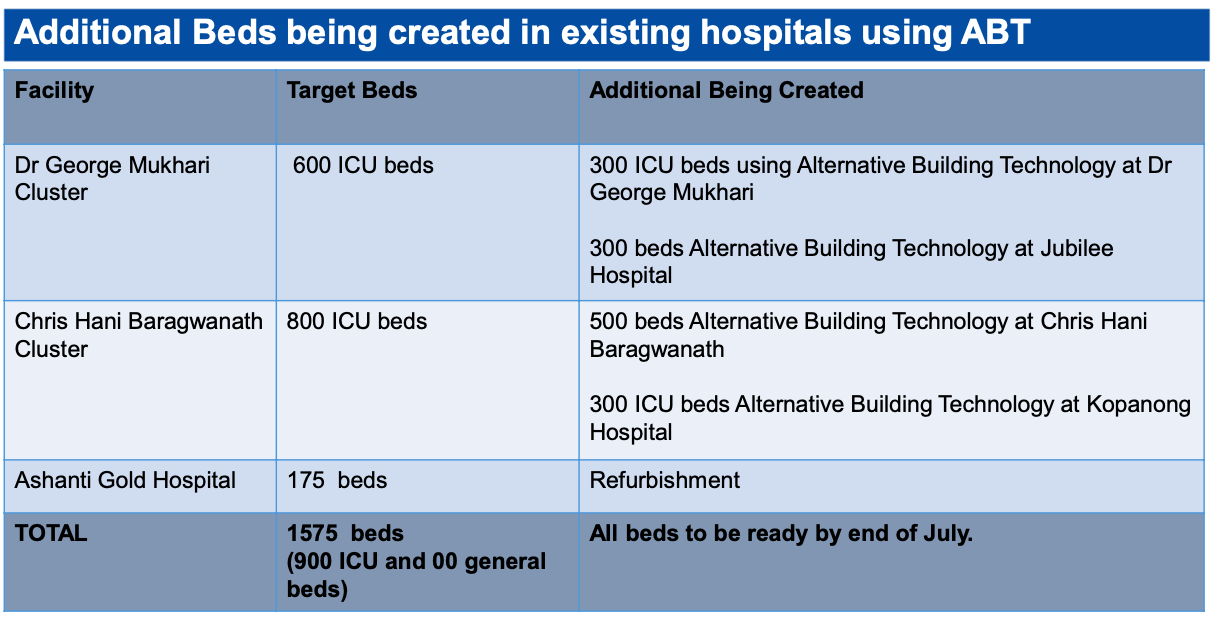 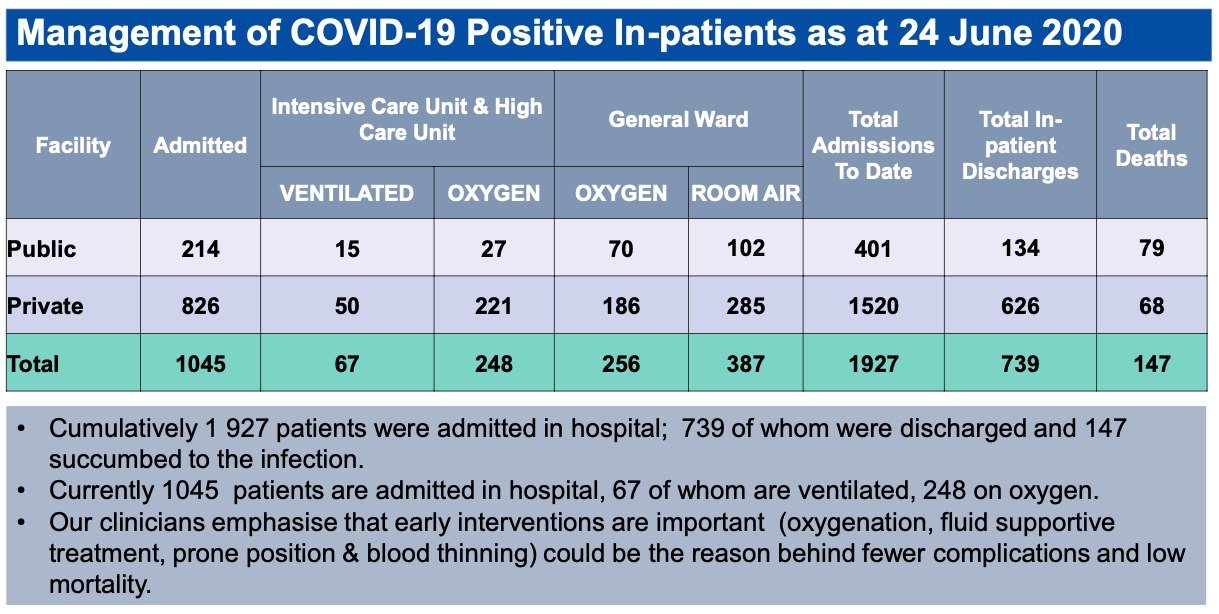 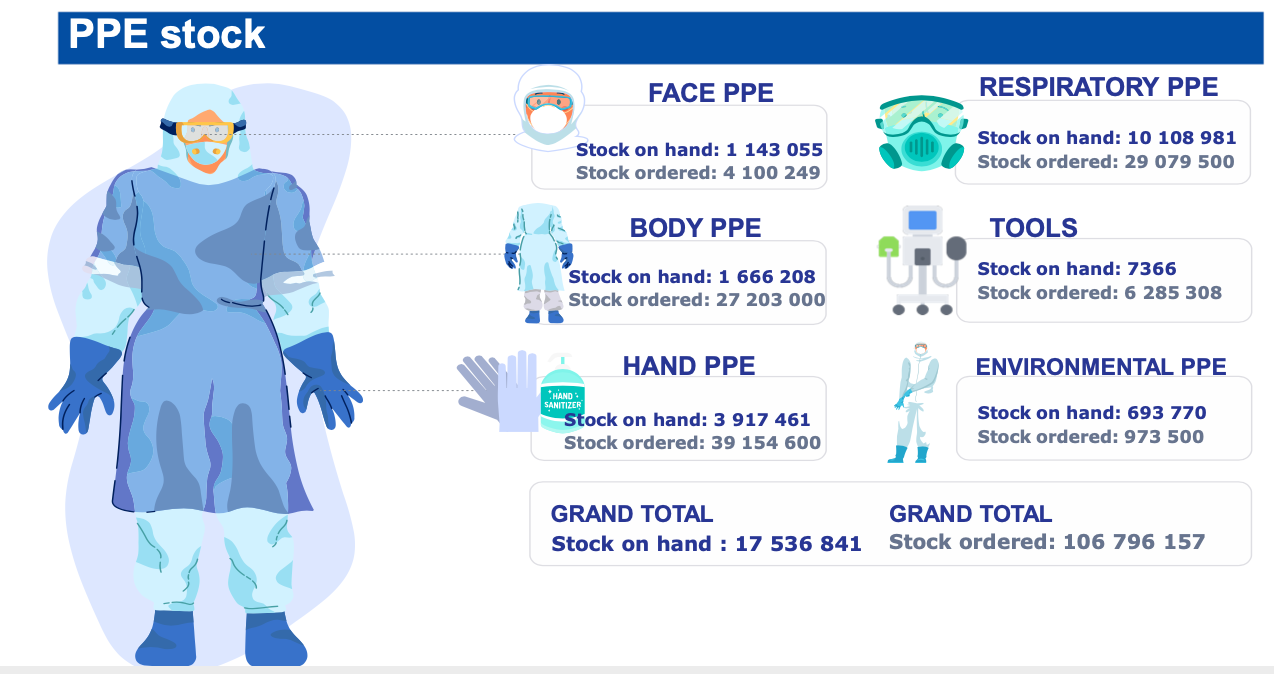 At a single Gauteng clinic in a day, a health worker noted that 80 people were being treated as persons under investigation for Covid-19.

“Just about all are diabetic,” noted the health worker.

“Just seen a family of 9, one tested positive and now all symptomatic. Was seriously considering if we should test them all. Starting to have to manage who we test no matter what the guidelines say due to capacity issues, swab (shortages) and doctors to swab (nurses refuse to do so),” the health worker revealed. This reveals rising issues across Gauteng: nurses, porters and other auxiliary service staff are scared and do not want to transport or test or even clean as was revealed in the Eastern Cape. Sometimes this is because of a shortage of PPE safety gear but also because of increasing stigma attached to the disease.

Clinics are referring patients to hospitals, but delays at hospitals are causing a set of domino-like crises: because tests are running at such long delays, patients cannot be discharged (if not positive for Covid-19) or be moved to quarantine facilities or field hospitals. Kekana says there is still space at the Nasrec isolation and field hospital facility which was completed months ago, but many beds are not “oxygenated” – they do not have piped oxygen capability.

This is essential. “We are fighting for Nasrec to provide oxygenated beds as hospitals fill up, often with stable patients that just need a bit of oxygen and monitoring, so the sicker ones can get into hospital.”

By June 25, there were 99 cases at Nasrec, said Kekana, who added that the department was working flat-out to “ensure the availability of oxygen supply and oxygen points in the wards”.

At a district hospital in Gauteng, a doctor wrote: “My friends and colleagues working in internal medicine are completely overwhelmed and understaffed and other departments have apparently not sent help. Perhaps their departments are overwhelmed as well. We today have no linen to operate and our nurses are striking due to the unpreparedness of the hospitals. We have no information about what the current disaster plan is and I’m sure we are in a current disaster.

“It disheartens me to hear that my nursing and doctor colleagues are also refusing across the board to be in a Covid team. Perhaps I am silly and should rather think selfishly.”

Gauteng is heading towards its peak of Covid-19 infections, but health workers are neither being kept in the loop nor well-supported, says Venter.

The decades of mismanagement in the Gauteng Department of Health are coming home to roost, though Venter says Masuku is doing an admirable job in near-impossible circumstances.

Venter says the Gauteng frontline now needs rapid stock-out reports (for drugs, PPE, ARVs and other drugs), clear and fast messaging and referral processes, testing focused on hospitals and healthcare workers (almost 1,000 had been infected in Gauteng by June 25) and daily assessments of “where we are” in terms of hospital beds. DM