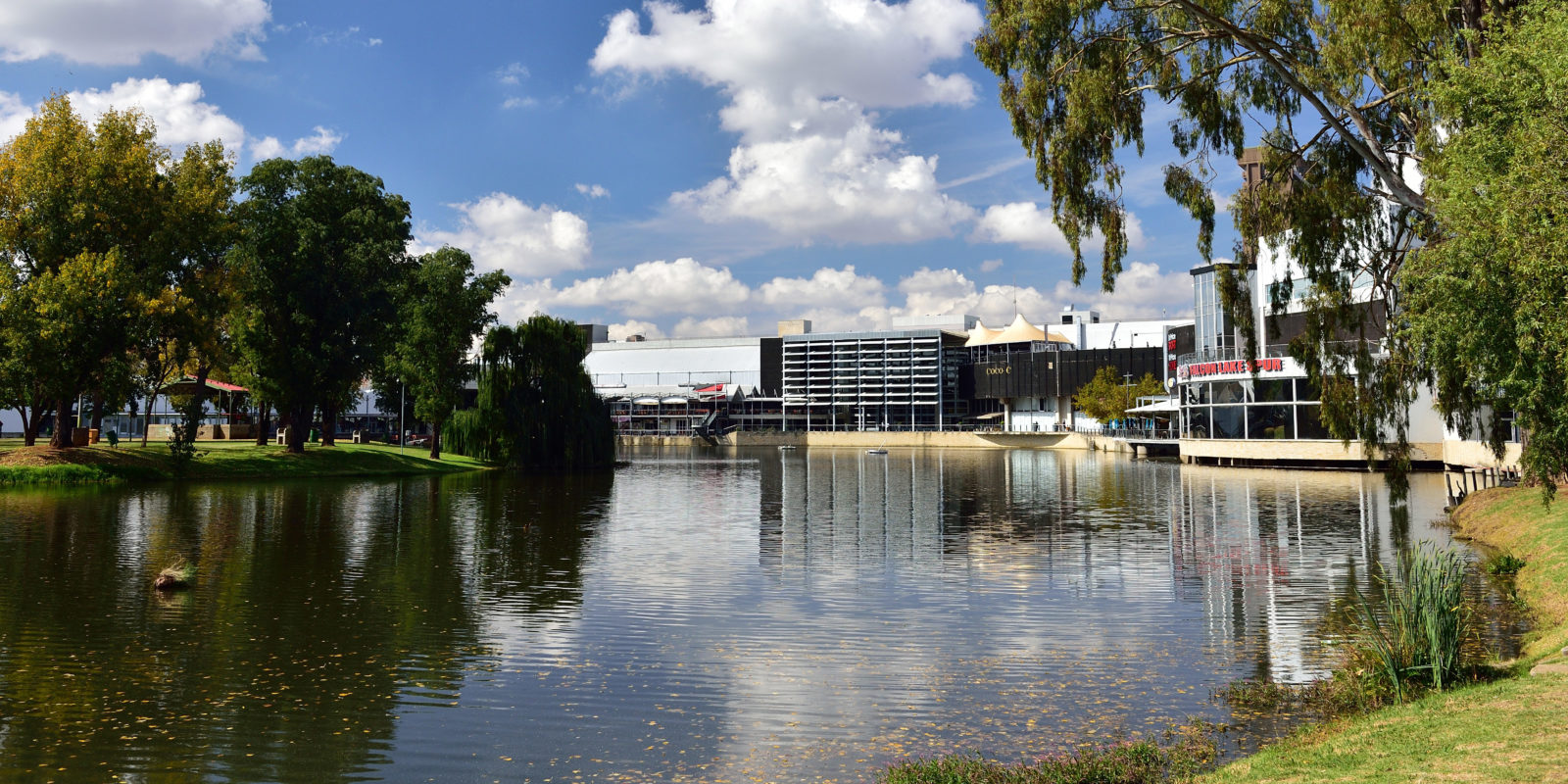 The Covid-19 pandemic, lockdown and ongoing recession are throwing into sharp relief issues that have existed for years, but which are now at breaking point and require urgent intervention. The deteriorating relationship between property owners and municipalities is just another example.

A battle is brewing between landlords, who are the owners of immovable property upon which retail, commercial and industrial complexes have been developed, and the municipalities that depend on those landlords and their tenants for a good portion of their income.

The tussle is over the fees that municipalities are charging for the provision of services like water, electricity, refuse removal and sewerage.

Landlords say the rate at which these costs have increased over the last decade is unreasonable, undeserved and if unchecked, will destroy property values and ultimately the cities in which we live, work and play.

They are proposing the installation of a property ombudsman or regulator to approve municipal increases in the same way as Nersa regulates Eskom tariff hikes. This is provided for in the Municipal Property Rates Act.

The municipalities, for their part, do not see the problem and are not willing to negotiate.

The debate has been exacerbated by the Covid-19 pandemic and economic lockdown, which has left many landlords out of pocket as tenants cannot or will not pay their rent and their share of the rates and taxes, but municipalities refuse to countenance a reduction in rates and taxes.

In desperation, landlords, through the South African Property Association (Sapoa) have turned to National Treasury, the Ministry of Co-operative Governance and Traditional Affairs, as well as to the SA Local Government Association (Salga) for support.

If the municipalities were providing even a fraction of the services they were meant to, the costs may be easier to justify, but increasingly, landlords are doing things for themselves, adding to their costs.

“It’s a nightmare. Our comments are falling on deaf ears,” says Izak Peterson, CEO of Dipula Income Fund. “The problem is that property owners invest in and renew their properties in the belief that the value of those assets will continue to increase, but when expenses grow faster than the property value, it becomes a zero-sum game.”

Rates and taxes have been the fastest growing property operating cost category since 2006 – even exceeding the growth in the cost of electricity and other municipal charges, according to Neil Gopal, CEO of Sapoa.

On a five-year rolling basis, annualised growth in property taxes has exceeded CPI since 2008. As a result, rates have grown by a cumulative 318% since 2008, compared to the 78% of CPI.

In particular, Gopal points out, the rates increases during the years in which general valuations (GV) have been implemented have been staggeringly high. Guidelines from the National Treasury stipulate that municipalities should keep annual increases within inflation. These guidelines still apply during general valuation years and municipalities are supposed to adjust rates tariffs to offset gains from increased property values.

From the above, it is clear that most municipalities are abusing these general valuations and have no regard for National Treasury guidelines, he says.

“As Salga we are not aware; if there is a specific case, please provide us with the details for us to investigate further and respond appropriately,” says Sivuyile Mbambato, spokesman for Salga. “There is legislation, stipulated procedures and processes that municipalities need to follow.”

As if this was not bad enough, municipalities are approving above inflationary increases for the current financial year.

“The City of Johannesburg has budgeted a topline increase in revenue of 8.2%, in a year when they should be at the very least holding rates flat,” says Estienne de Klerk, CEO of Growthpoint.

Municipalities’ problems with failing infrastructure and their infrastructure backlogs are well documented. It is also a given that there should be cross-subsidisation by the wealthy of the poor.

But the problem is being worsened by the lack of management of what resources there are. For instance, Johannesburg buys its water from Rand Water, but as the City is not billing what it is buying (because 37% of that water is lost) it has to hike its water rates by 15% to make up the difference.

To add insult to injury, the City of Johannesburg has proposed an 11.11% salary hike for the municipal manager, pushing his salary to R3.1-million from R2.8-million in 2020/21 while Councillors will receive increases of 6.4%. The City also plans to increase its staff complement by 4,587 employees (13.02% increase).

The pattern repeats itself in municipalities around the country where salaries will increase by roughly 6.5%.

At the Steve Tshwete municipality in Mpumalanga, the Municipal Manager has budgeted a salary increase of 48%.

If the municipalities were providing even a fraction of the services they were meant to, the costs may be easier to justify, but increasingly, landlords are doing things for themselves, adding to their costs.

Ultimately, SA will pay a dear price, as properties will lose value, and with it the desire to invest in new property developments will diminish, giving way to rapid urban decay (as is already the case).

Property group Growthpoint is funding the construction of an offramp off the M1 highway at Woodmead because there is no local, provincial or national budget for it.

“There is a misconception that commercial property owners can go on absorbing these exorbitant increases forever. They cannot, and sadly it affects large and small businesses alike as it makes its way into the pricing of goods and services.

“They are killing the golden goose,” says De Klerk.

Given the uncontrolled and unjustified increases in municipal property taxes, Sapoa has recommended that Cogta Minister Nkosazana Dlamini Zuma and Finance Minister Tito Mboweni impose an upper limit on rates revenues, which is provided for in terms of the Municipal Property Rates Act.

However, “this Section has not yet been invoked and no notice has been issued by the Ministers,” says Mbambato.

He agrees that while Cogta has issued guidelines to municipalities, these have not been implemented by all municipalities. “As Salga, we have to engage and prepare our members before it is invoked. Municipalities will need to show some reasonableness why they are not implementing guidelines as well.

“Once the section is invoked, it will severely affect municipal revenues, particularly as the impact of Covid-19 is visible, but on the other hand this might assist in stimulating the local economy,” he says.

Sapoa has also recommended that the minister of Cogta should, in concurrence with the minister of finance and the minister of trade, industry and competition, coordinate a process for municipalities to consider an exemption and or deferral in rates, again as provided for in the Act.

“Our direct approach to a number of municipalities has not been well received and none of them are assisting with rates deferments, rebates and concessions. Their business as usual approach concerning commercial property owners is a cause of concern,” says Gopal.

The situation is complex and Sapoa is aware that while the property industry is looking to mitigate against possible corporate failures largely by landlords that are small, family-owned or new black entrants into the property market, this will have an impact on, in particular, the smaller municipalities that rely on these rates and taxes to provide services to the broader community.

“We understand the severe fiscal pressure the government and municipalities are facing due to the slow economic growth, Covid-19 and compounded by the downgrade of the country’s sovereign credit rating which will increase the country’s borrowing costs,” says Gopal.

However, “instead of filling gaping municipal budgetary holes by squeezing the last bit out of paying property owners, municipalities should become more efficient, address corruption and incentivise more investment through realistic rates and good service delivery”.

Ultimately, SA will pay a dear price, as properties will lose value, and with it the desire to invest in new property developments will diminish, giving way to rapid urban decay (as is already the case).

“These issues have come to our attention,” says Lungi Mtshali, spokesperson for Cogta. “We can facilitate an engagement, but we cannot dictate. These issues must be dealt with by the municipality.” DM/BM