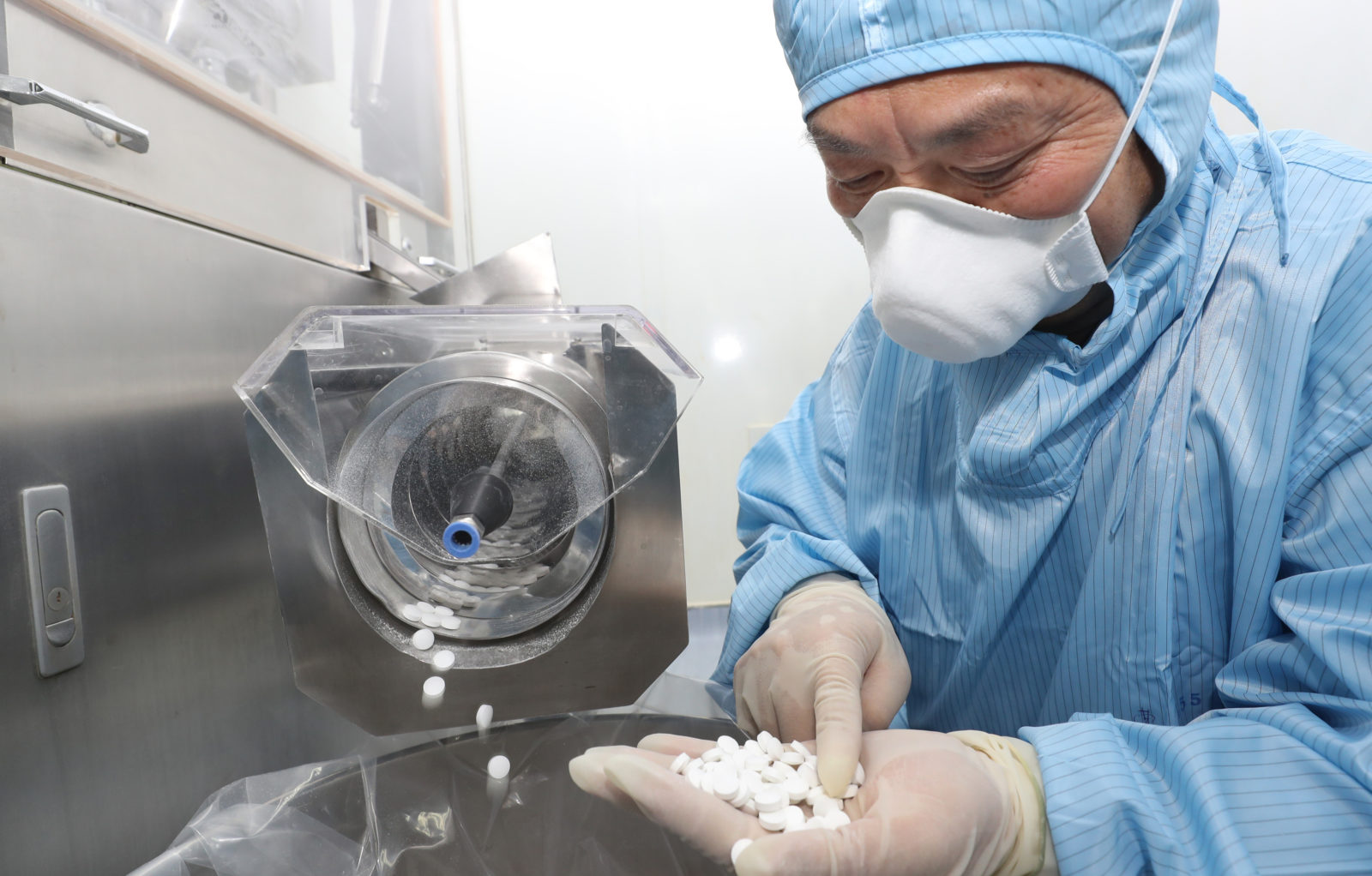 epa08487131 (FILE) - An employee checks the production of chloroquine phosphate, the production of which resumed after a 15-year break, at a pharmaceutical company in Nantong City, Jiangsu province, China, 27 February 2020. Chloroquine phosphate, an old drug for the treatment of malaria, was said to have shown some efficacy and acceptable safety against COVID-19 associated pneumonia in trials, according to Chinese media (reissued 15 June 2020). Reports on 15 June 2020 state FDA, US Food and Drug Administration is withdrawing its authorization for drugs hydroxychloroquine and chloroquine, used to treat malaria and recently also used to treat COVID-19, following evidence they may not work and could have fatal effects. EPA-EFE/XU CONGJUN CHINA OUT

LONDON, June 30 (Reuters) - A global trial designed to test whether the anti-malaria drugs hydroxychloroquine and chloroquine can prevent infection with COVID-19 is to restart after being approved by British regulators.

The Medicines and Healthcare Products Regulatory Agency (MHRA) took its decision on what is known as the COPCOV trial after hydroxychloroquine was found in another British trial to have no benefit as a treatment for patients already infected with COVID-19, the disease caused by the new coronavirus.

The COPCOV study was paused pending review after the treatment trial results.

It is a randomised, placebo-controlled trial that is aiming to enrol 40,000 healthcare workers and other at-risk staff around the world, and is being led by the Oxford University’s Mahidol Oxford Tropical Medicine Research Unit (MORU) in the Thai capital, Bangkok.

U.S. President Donald Trump said in March hydroxychloroquine could be a game-changer and then said he was taking it himself, even after the U.S. regulator, the Food and Drug Administration (FDA), advised that its efficacy and safety were unproven.

The FDA later revoked emergency use authorisation for the drugs to treat COVID-19, after trials showed they were of no benefit as treatments.

But Oxford University’s Professor Nicholas White, who is co-leading the COPCOV trial, said studies of the drugs as a potential preventative medicine had not yet given a conclusive answer.

“Hydroxychloroquine could still prevent infections, and this needs to be determined in a randomised controlled trial,” he said in a statement. “The question whether (it) can prevent COVID-19 or not remains as pertinent as ever.”

White’s team said recruitment of British health workers would resume this week, and said plans were under way for new sites in Thailand and Southeast Asia, Africa and South America. Results are expected by the end of this year.

The death toll from COVID-19 surpassed half a million people on Sunday, according to a Reuters tally, with the number of cases reported globally now more than 10 million.