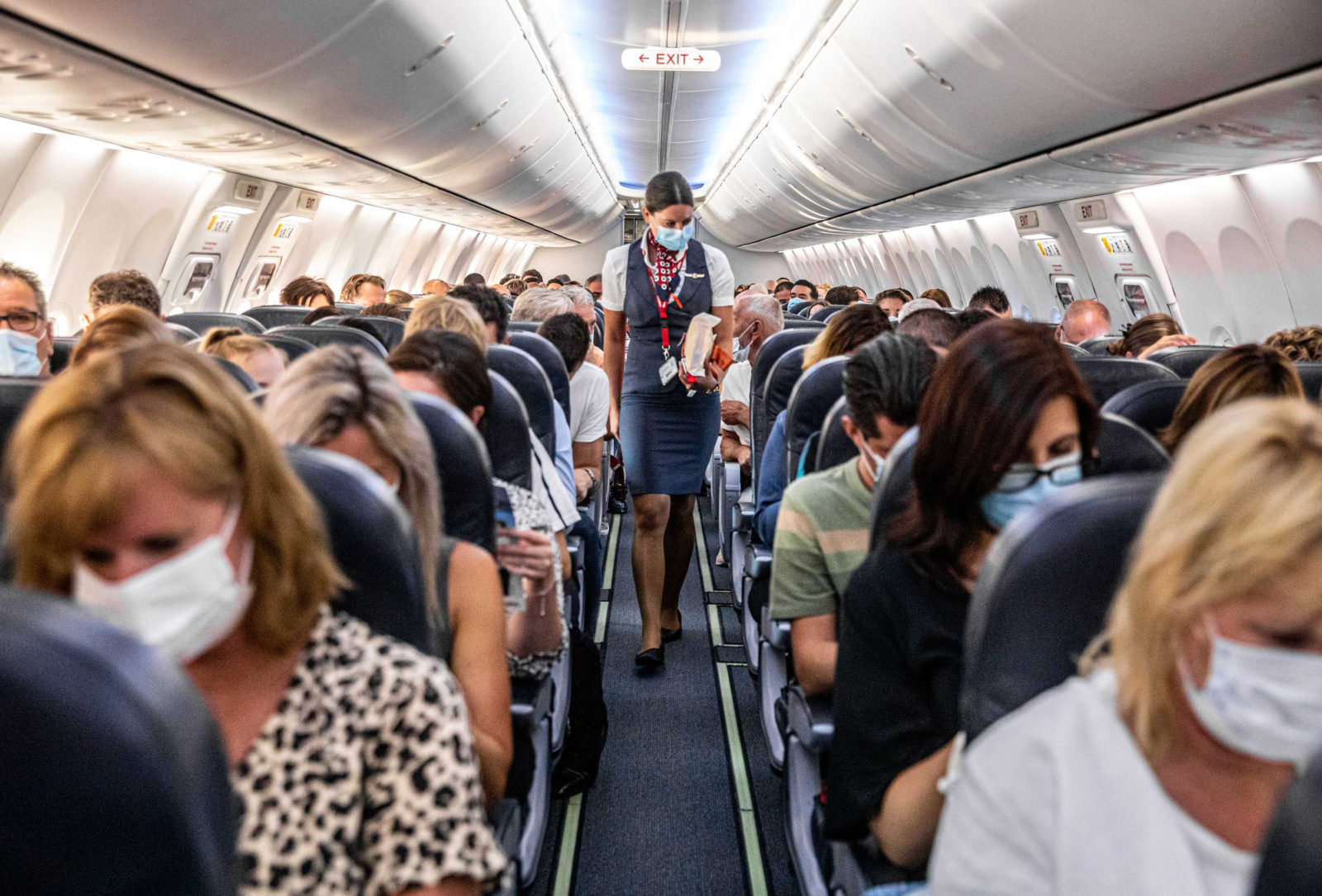 epa08510310 Passengers and a flight attendant with face masks sit in a Corendon Dutch Airlines plane bound for Burgas in Bulgaria, departing from Schiphol Airport, near Amsterdam, The Netherlands, 26 June 2020. It is the first flight of the Turkish budget airline Corendon's Dutch sister company to a foreign destination since traffic was halted by the COVID-19 disease outbreak caused by the SARS-CoV-2 coronavirus. EPA-EFE/JEFFREY GROENEWEG

BRUSSELS, June 30 (Reuters) - The European Union has excluded the United States from its initial "safe list" of countries from which the bloc will allow non-essential travel from Wednesday.

The 27-member bloc gave majority approval on Tuesday to leisure or business travel from 14 countries beyond its borders, the Council of the EU, which represents EU governments.

China has also been provisionally approved, although travel would only open up if Chinese authorities also allowed in EU visitors. Reciprocity is a condition of being on the list.

Russia, Brazil and Turkey, along with the United States, are among countries whose containment of the virus is considered worse than the EU average, and so will have to wait at least two weeks for approval.

The move is aimed at supporting the EU travel industry and tourist destinations, particularly countries in southern Europe hardest hit by the COVID-19 pandemic.

It acts as a recommendation to EU members, meaning they could potentially set restrictions on those entering from the 14 nations.

Within hours of the EU announcement, Italy, which has one of the highest COVID death tolls in the world, said it would opt out and keep quarantine restrictions in place for all nations that were not part of the free-travel Schengen area.

Canada said it was extending its mandatory quarantine order for travellers until at the least the end of August and a travel ban for most foreigners until the end of July.

The EU’s efforts to reopen internal borders, particularly within the 26-nation Schengen area which normally has no frontier checks, have been patchy as various countries have restricted access for certain visitors.

Nicholas Calio who heads an U.S. airline trade group representing Delta Air Lines, American Airlines, United Airlines and others, said the U.S. government and EU had discussed potential enhanced screening of EU-bound Americans in recent days. He said he is hopeful that “at least on a limited basis” some American travel to the EU could resume soon. (Reporting by Philip Blenkinsop; Additional reporting by Angelo Amante in Rome, Steve Scherer in Ottawa, David Shepardson in Washington; Editing by Philippa Fletcher, Jan Harvey, Richard Chang and Lincoln Feast.)