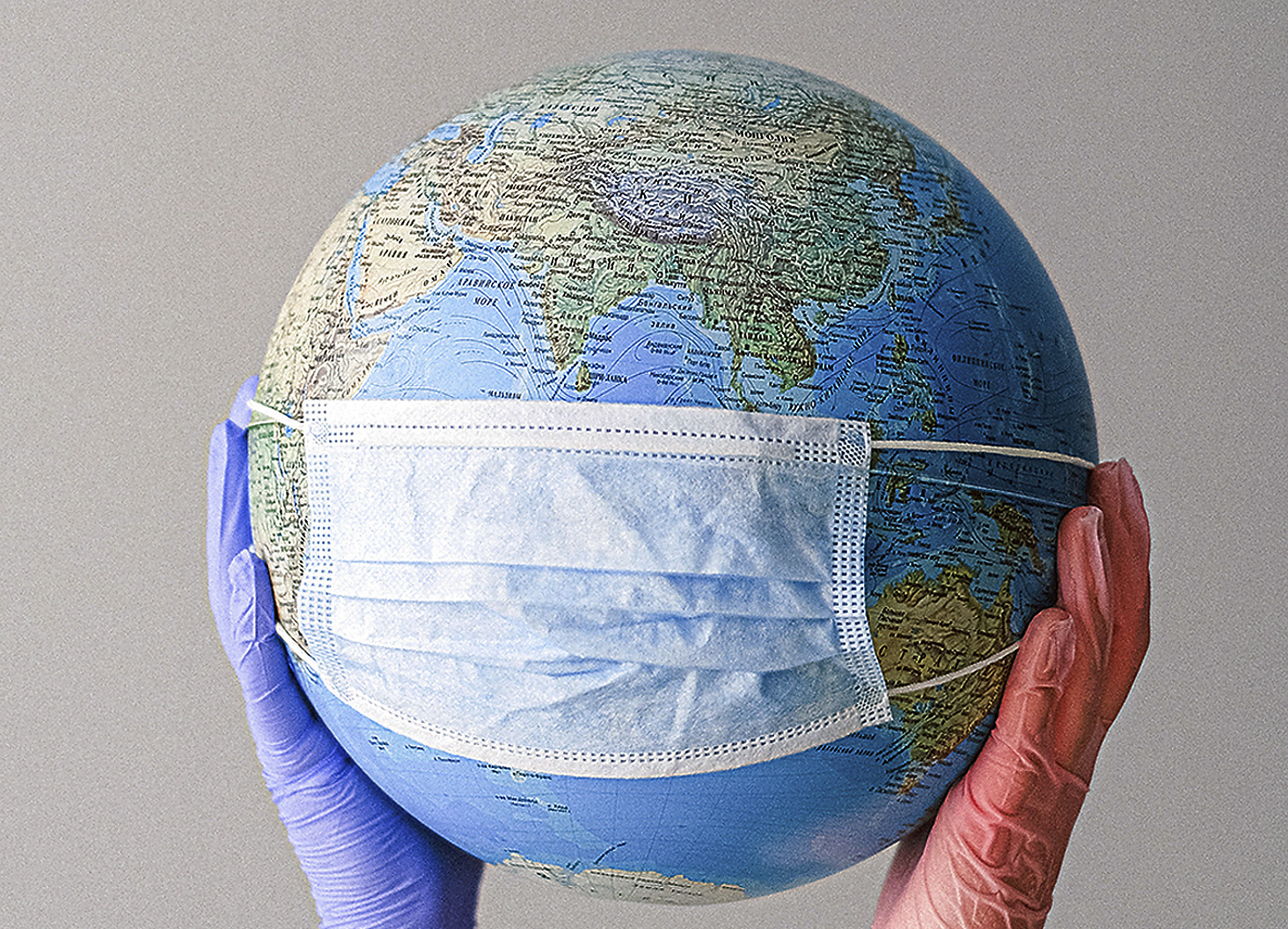 Many of us are not wearing masks and adopting the other preventive behaviours we need. The result is that infections are skyrocketing. (Photo: capetownetc.com)

How the Covid-19 pandemic unfolds in the coming months is in our hands. It will be our behaviour, not medicines or ventilators, that will determine the severity of its impact. This has been the repeated message from public health experts, our health minister, and our president.

We as a country, and particularly the Department of Health, have done the important work of disseminating accurate information in the early stages of the pandemic. However, we are now at a point where we need a more complex approach if we have any hope of achieving the deeper and more sustained behaviour changes that are required.

We know what we need to do. Wear a mask in public, wash hands frequently and keep our distance. Getting people to adopt these behaviours seems as if it should be simple. We think that spending millions on catchy slogans and beautiful billboards, pamphlets, and public service announcements will work.

If we do this frequently enough people will change their behaviour, right? Unfortunately, the evidence shows that this is not the case. If it did, few of us would smoke, abuse alcohol or contract HIV/Aids.

Fortunately, there is a wealth of evidence gleaned from both local and international experience for what constitutes best practice in behaviour change campaigns.

There are two major learnings from these experiences. First, we cannot assume to know why people do or do not act in a certain way. We need to find out through a research process that asks them.

For example, Heartlines is developing a campaign called Fathers Matter to promote the active positive presence of men in the lives of children, something that research has proven to have a significant impact on children’s wellbeing. There is a common assumption that many men aren’t involved in their children’s lives simply because they are ‘deadbeat dads’. Uncaring and unconcerned.

Our research painted a different picture. That many men were not involved because there is a pervasive attitude out there that if you can’t provide financially, you are not a proper father. This has affected substantially the messages that underpin our campaign.

By rooting our messaging in what we have learnt, and addressing the real barriers to change, we ensure a greater probability of positive behaviour change.

Soul City, founded in 1992, became globally acknowledged for changing the health behaviour of millions of South Africans through TV and radio dramas as well as print and other resources and interventions. Soul City rooted its campaigns in just such a theory and research-driven approach.

One Soul City intervention was developed to promote breastfeeding, as it has been shown to be a key intervention in the promotion of child health. In the development of this series, research showed that women knew this was best for their baby. However, there were several obstacles at community and social level that prevented them from doing so.

The young mother newly arrived in an urban area often had no one to support her, (breastfeeding is not easy) and so gave up. The working mother had to give up breastfeeding when she went back to work because there was nowhere for her to express or store her milk. So instead of Soul City trying to persuade women that breastfeeding was the right thing to do, it focused on overcoming these barriers. Soul City encouraged older mothers to support younger ones in their communities, and employers to support mothers on their return to work.

Second, we need to acknowledge that human behaviour is seldom linear, where message plus person equals behaviour. Humans are complex and thus theories that help us to understand these complexities can give us a framework to direct our research into why we do or do not behave in a certain way. The findings then become the basis for our messaging and interventions.

Individuals are not islands

There is a range of such theories – one that is particularly useful is the socio-ecological model which illustrates the interplay between the different factors that encourage or impede our behaviour.

The basis for this theory is the understanding that as individuals we are not islands. Rather, we are social beings who are deeply influenced by the beliefs and actions of the people who make up our relationships and the broader community. What they do, we perceive as being “normal” behaviour.  For example, if your friends and community believe it is ‘normal’ to hit a woman to discipline her, you will grow up believing the same thing.

But not all these relationships have an equal influence on us.

There are some people who can have an outside influence on our behaviour, such as a pastor, a cool kid or even a gang leader. So, I may know that it is the right thing to wear a mask, but if it does not seem like the “normal” or “cool” thing to do, then I’m unlikely to do it. Few of us like to be “abnormal” or “uncool”.

But there is another layer of influence that is particularly important to consider.

Our behaviour is not just influenced by the people around us – we are often more influenced by those that make up our ‘virtual’ community. These are the people we have never met who flicker across our screens and whose voices we hear on radio, such as sports personalities and political and religious leaders.

Included in this group would be so-called social media influencers such as Bonang or Cassper Nyovest, rapper Sho Madjozi, actress Nomzamo Mbatha and SA rugby captain, Siya Kolisi. These people have a massive influence on the norms and values of our societies.

US President Donald Trump not wearing a mask sends an extraordinarily strong message to Americans that masks are not normal or necessary.

Even fictional characters can influence us. In the TV series Soul City, the actress Lillian Dube, who played Sister Bettina, became real to millions of South Africans and her health advice was trusted.

How we behave is also influenced by societal factors (laws, infrastructure, economics, availability of supplies etc.) that either enable or act as an obstacle to the adoption of a behaviour. For instance, I may want to wash my hands often, but if I have no running water in my community or I can’t afford sanitiser, then I can’t do it. Not having running water is like promoting immunisation against measles, but having no measles vaccine in the local clinic.

In the early stages of the epidemic, we did not need to consult with people; we simply needed to quickly get information to them and this seems to have been well done.

Therefore, as we seek for instances to promote the wearing of masks, our research would aim to find out why people are not wearing them.

At an individual level, is it because of lack of knowledge? At a relational and community level, is it because people they look up to are not wearing them and they don’t want to be “abnormal or “uncool”, or are there myths that make people scared to wear them? At a societal level, could it be that they cannot afford them? We would also seek to find out who their influencers are so that in programming we could seek to use them.

We need to know this to design campaigns that have any hope of success. It is not one size fits all. We also need to understand that enablers and barriers may vary. The reasons people in rural parts of the Eastern Cape are not wearing masks may be quite different from urban Johannesburg.

The only factor that will determine the future of this epidemic’s impact on our lives and livelihoods will not be more ICU beds, nurses, and doctors, but our behaviours.

In the early stages of the epidemic, we did not need to consult with people; we simply needed to quickly get information to them and this seems to have been well done. But now, despite this information, many of us are not wearing masks and adopting the other preventive behaviours we need.  The result is that infections are skyrocketing.

We need to urgently set up an ongoing national research process that is underpinned by theory, that gives us insight into why we behave the way we do. This can be done quickly. This information should be the source of all of our messaging and programming.

This need not delay our efforts, merely strengthen them.

We should not delay. DM/MC

Dr Garth Japhet is CEO of Heartlines, an award-winning social change NGO, and a medical doctor with a speciality in Maternal and Child Health. In 1992, he co-founded Soul City, a health-focused edutainment project. Garth is a Schwab fellow of the World Economic Forum (WEF), a fellow of the African Leadership Initiative, a Senior Ashoka Fellow, and he was awarded the global Everett Rogers Award for contribution to Entertainment Education.