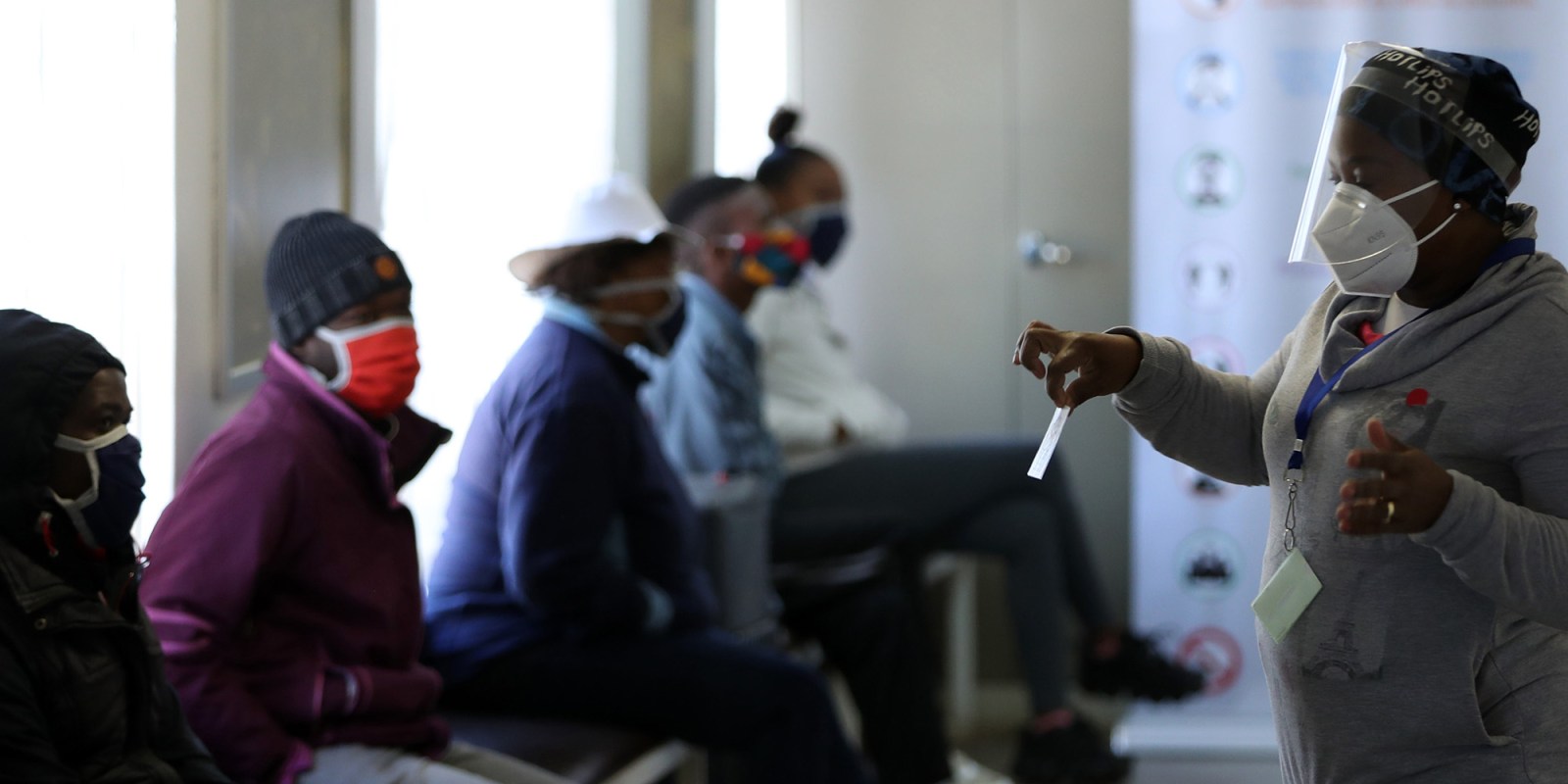 Tired, overworked and underpaid. This is the grim reality of healthcare workers described in a ‘sobering and depressing’ report on health inequality by Oxfam. Along with a number of activists and trade unions, they’ve launched a campaign to lobby for improvements to the health sector and better conditions for these essential workers.

“No salary, no money, no nothing,” is what Lebohang Negukhula, an agency nurse, says she will receive if she goes on maternity leave.

“We don’t have any benefits, we don’t have medical aid and I’m not covered by sick leave. If I get sick it means no work, no pay for me,” said Negukhula, who is also a member of the Young Nurses Indaba Trade Union (YNITU)

The report found that “unfair labour practices” and “poor treatment of healthcare workers” has compromised the quality of healthcare, leaving the healthcare system ill-prepared for shocks like the Covid-19 pandemic.

“This is a sobering and depressing report,” lamented Laetitia Rispel, professor of Public Health at Wits University.

According to the report, black women bear the brunt of these poor working conditions. Overall, women make up 90.1% of nurses. In the public health sector, about 83% of nurses (all genders) were black.

“The Covid-19 pandemic has woken us up to the cold reality that these so-called feminine sectors are in fact “essential services”, Oxfam said in a joint statement with YNITU, National Union of Public Service and Allied Workers (Nupsaw), National Union of Care Workers of South Africa (Nucwosa), Treatment Action Campaign (TAC) and the South African Federation of Trade Unions (Saftu).

Based on the findings, the coalition launched the #Care4Carers campaign to stand in solidarity with nurses and community healthcare workers, and advocate against injustice and inequality in the healthcare sector. The coalition says the view of sectors as inherently “feminine” is problematic.

“To be a ‘feminine sector’… is to be invisibilised, unrecognised, hypersexualised, undervalued, unrepresented and unappreciated,” the statement read.

The report identified a number of policy gaps including long working hours, gender-based violence, transport and safety issues and labour brokering. In terms of long work hours, these are linked to severe staff shortages in the sector.

“There’s a long queue waiting for you outside. You cannot be nursing this patient holistically, so meeting their physical, psychological and emotional needs, as you are already under pressure.”

Findings from the report show that casual nurses don’t receive benefits and have insecure relationships with brokers and agencies; many are forced to “moonlight” (work extra jobs) which causes lower-quality of care for patients as nurses tend to be more tired and stressed. Absenteeism is higher amongst nurses who moonlight, placing greater strain on other nurses who must stand in for their colleagues.

On the job, Tebadi said record-keeping may also fall by the wayside.

“If you didn’t record it, you didn’t do it. In nursing, what’s not written is not done,” she said, adding that there are severe consequences for not following protocol. She says the pressure put on nurses means they are forced to “play God”:

“You have to choose who gets to live and who must die because you are in a dilemma. Both of them require emergency care now, but you are alone.”

This is all underpinned by continued budget cuts in public health. Poor-quality care has also led to conflict between nurses and the public, in some instances resulting in harassment and gender-based violence.

According to statistics from 2002, More than 30% of healthcare workers reported being physically abused. Equal numbers had been sexually violated, and most had experienced emotional or psychological abuse. Close to 70% of female nurses reported experiencing at least one form of abuse by an intimate partner.

“We start very early in the morning, by 5am I should be awake to go to work and I’m earning a stipend of R3,500 which is very little for me.”

Modise supports her four children and her sick elderly mother with that amount. She is sometimes forced to go to loan sharks in order to get money for household goods. Monthly, she spends R1,000 for transport to travel to and from work and for house visits.

The vulnerabilities while commuting are heightened at night. Community healthcare workers working night shifts should have “transport available” from their employers to the workplace if working between 6pm and 6am, according to the Basic Conditions of Employment Act.

A loophole in this legislation is that “available transport” doesn’t necessarily mean transport is provided. However, the Occupational Health and Safety Act defines the “workplace” as “any premises or place where a person performs work in the course of his or her employment”, so for a community healthcare worker, this includes any house/premises they are required to visit to administer care.

Circling back, Lebohang Negukhula, the agency nurse in dire straits, is an example of the flaws in the labour brokering system. Nursing agencies are temporary employment service providers that supply nurses to health establishments.

Findings from the report show that casual nurses don’t receive benefits and have insecure relationships with brokers and agencies; many are forced to “moonlight” (work extra jobs) which causes lower-quality of care for patients as nurses tend to be more tired and stressed. Absenteeism is higher amongst nurses who moonlight, placing greater strain on other nurses who must stand in for their colleagues.

This is against the backdrop of huge gains made by shareholders in the private health sector at the seeming expense of its footsoldiers. These are the main clients of labour brokers. From 2016 to 2019, the total paid to shareholders outweighed the net profit made by the three major hospital groups:

“From 2016 to 2019 the payouts to shareholders (dividends and share buybacks) by Netcare, Life Group and Mediclinic have been larger at R19-billion than the profits made by these three companies at R11-billion,” Baloyi said.

The coalition describes the private sector as “profit-driven, elitist” and in terms of who it serves, “exclusionary”: