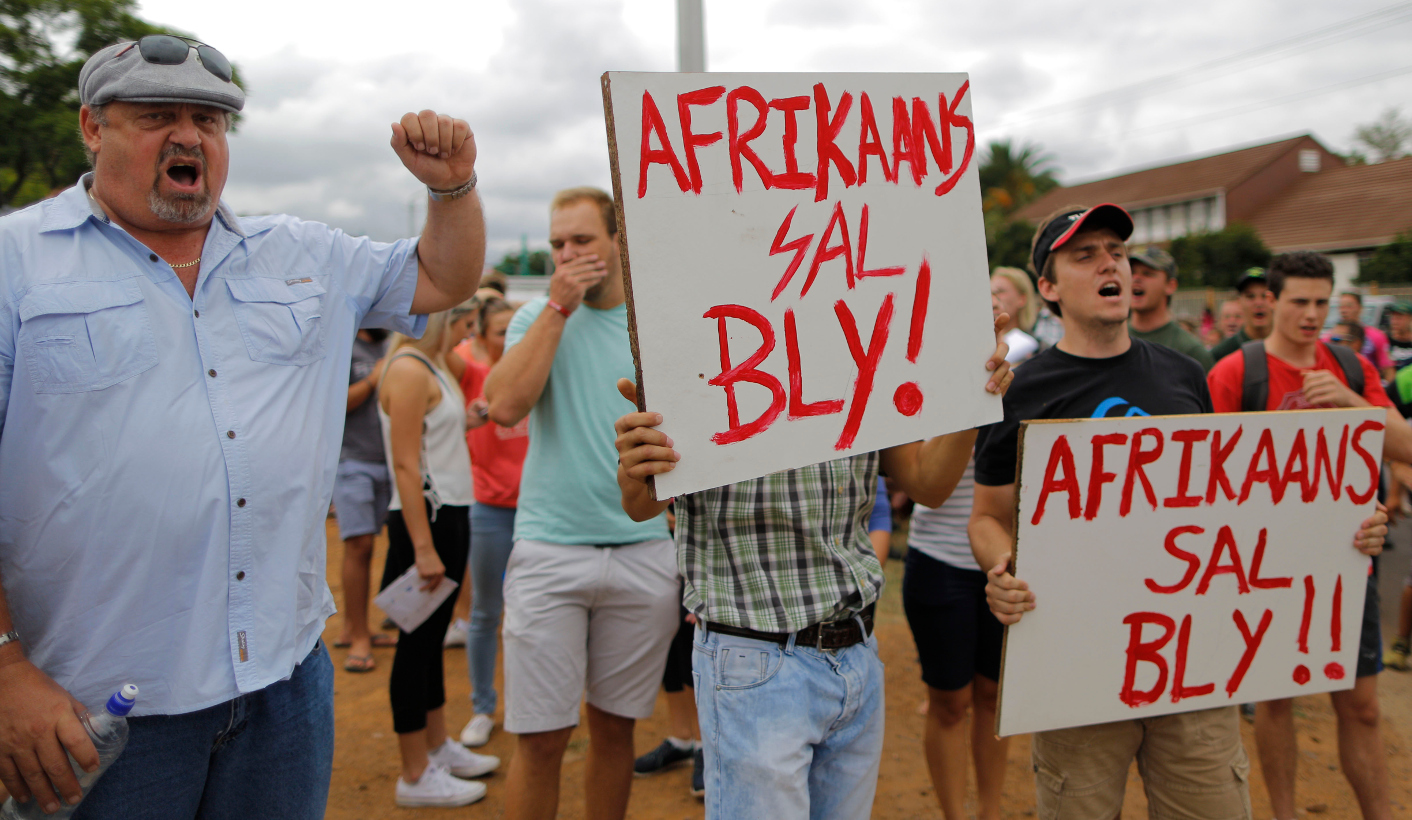 The Supreme Court of Appeal has ruled that Unisa’s decision to remove Afrikaans as a language of teaching and learning at the institution in 2016, in favour of English, was unconstitutional and unlawful.

“While the evidence suggests that there may have been a need for a revision of Unisa’s language policy, it has not been established that the adoption of the new policy in 2016 was conducted in a constitutionally compliant manner, ie that the factual and normative ‘reasonably practicable’ requirement in s 29(2) of the Constitution was satisfied,” the judgement delivered on 30 June reads.

The appeal was lodged at the Supreme Court of Appeal (SCA) by lobby group AfriForum after the South Gauteng High Court in Johannesburg ruled in favour of Unisa’s new language policy on 26 April 2018.

The policy removed Afrikaans as one of the languages of teaching and learning at the institution and retained English as the preferred language.

According to court papers, Unisa’s process to review the bilingual policy started as early as 2010, with the monolingual policy later adopted and approved by the university’s council on 28 April, 2016, followed by concurrence from the senate on 30 March, 2016.

AfriForum took issue with this decision and launched an urgent court application to challenge both the senate and council. At the time they sought an order to have the implementation of the monolingual policy suspended pending a review.

However, the high court was not entirely pleased with Afriforum’s submissions and dismissed it wholly, ruling that “there was evidence of extensive consultation with the relevant institutional stakeholders over many years before the adoption of the new policy”.

At the onset of the application, AfriForum argued that Unisa’s decision to abandon Afrikaans violated the rights, by its count, of approximately 30,000 existing students, which included white, black and coloured students who come from Afrikaans-speaking communities to receive tuition in their mother tongue.

“This was in breach of s 29(2) of the Constitution as there was no justification for the adoption of an English only LOLT policy when no feasibility study had shown that it was no longer reasonably practicable to use the old dual-language policy,” Afriforum’s court papers read.

Furthermore, the lobby group contended that Unisa’s language review process breached the principle of rationality because organisations that advocate for the promotion and protection of linguistic rights at higher institutions of learning were not involved in the review process.

In its defence, Unisa argued that its decision was not irrational because Afrikaans was not removed, abolished, abandoned nor eradicated as a language of tuition as argued by AfriForum. Instead, it said:

When questioned about consultation, the university admitted that it did not consult with the public and argued that it was obliged to separately consult with specific parts of or groupings of students at the institution to obtain their views as demanded by AfriForum.

“It sufficed, in its view, that it consulted with each of its constituent bodies that took part in the decision-making process. It further highlighted that the SRC, which was engaged in the review process, in its capacity as a statutorily recognised and democratically elected body that is a constituent part of the Senate, represents all Unisa students, including the Afrikaans-speaking students,” Unisa argued.

AfriForum disputed this claim, arguing that the SRC, which was part of the review process, does not represent students with an interest in Afrikaans tuition but “actually associated itself with the ‘Afrikaans must Fall’ student protests”.

The SCA’s order on Monday upheld the high court’s judgements with costs, including the costs of two counsels. The university’s language policy approved by the senate and council on both respective dates is set aside.

“The new language policy adopted by the University of South Africa is declared unconstitutional and unlawful and is set aside to the extent that Afrikaans has been removed as a language of learning and tuition,” the court ruled.

The university has also been ordered to publish on its website, in three major Afrikaans newspapers in South Africa and send via email to its students a notice containing a list of all modules that were offered in Afrikaans before the monolingual policy to offer all prospective learners and existing learners an opportunity to undertake them in Afrikaans.

The DA in a statement welcomed this judgment and remarked that “it is a victory for mother-tongue education and language diversity in tertiary institutions across the country”. DM